Memories of older forms of colonialism sharpen the way that many Africans view their treatment now, writes Vijay Prashad. 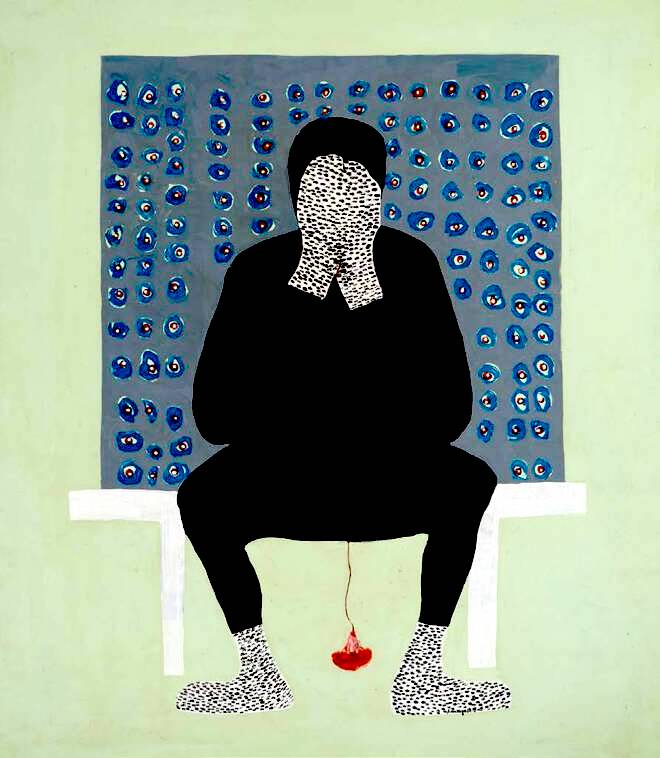 Amadou Sanogo, Mali, “You Can Hide Your Gaze, but You Cannot Hide That of Others,” 2019.

On May 25, Africa Day, Moussa Faki Mahamat – the chairperson of the African Union (AU) – commemorated the establishment of the Organisation for African Unity (OAU) in 1963, which was later reshaped as the AU in 2002, with a foreboding speech.

Africa, he said, has become “the collateral victim of a distant conflict, that between Russia and Ukraine.”

That conflict has upset “the fragile global geopolitical and geostrategic balance,” casting “a harsh light on the structural fragility of our economies.”

Two new key fragilities have been exposed: a food crisis amplified by climate change and a health crisis accelerated by Covid-19.

A third long-running fragility is that most African states have little freedom to manage their budgets as debt burdens rise and repayment costs increase.

“Public debt ratios are at their highest level in over two decades and many low-income countries are either in, or close to, debt distress,” said Abebe Aemro Selassie, the director of the African Department at the International Monetary Fund (IMF). The IMF’s Regional Economic Outlook report, released in April, makes for grizzly reading, its headline clear: “A New Shock and Little Room to Manoeuvre.” 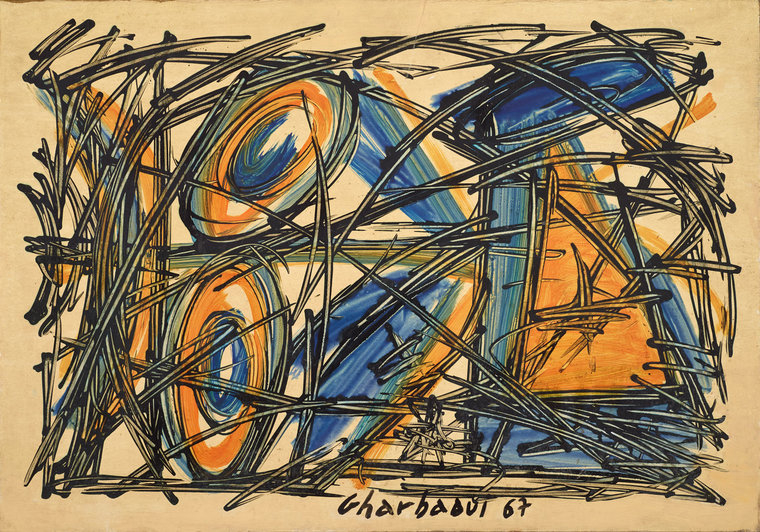 Debt hangs over the African continent like a wake of vultures. Most African countries have interest bills that are much higher than their national revenues, with budgets managed through austerity and driven by deep cuts in government employment as well as the education and health care sectors.

Since just under two-thirds of the debt owed by these countries is denominated in foreign currencies, debt repayment is near impossible without further borrowing, resulting in a cycle of indebtedness with no permanent relief in sight.

None of the schemes on the table, such as the G20’s Debt Service Suspension Initiative (DSSI) or its Common Framework for Debt Treatments, will provide the kind of debt forgiveness that is needed to breathe life into these economies.

In October 2020, the Jubilee Debt Campaign proposed two common sense measures to remove the debt overhang. The IMF owns significant quantities of gold amounting to 90.5 million ounces, worth $168.6 billion in total; by selling 6.7 percent of their gold holdings, they could raise more than enough to pay the $8.2 billion that makes up DSSI countries’ debt.

The campaign also suggested that rich countries could draw billions of dollars towards this cancellation by issuing less than 9 percent of their IMF Special Drawing Rights allocation.

Other ways to reduce the debt burden include cancelling debt payments to the World Bank and IMF, two multilateral institutions with a mandate to ensure the advancement of social development and not their own financial largess.

However, the World Bank has not moved on this agenda – despite dramatic words from its president in August 2020 – and the IMF’s modest debt suspension from May 2020 to December 2021 will hardly make a difference.

Along with these reasonable suggestions, bringing the nearly $40 trillion held in illicit tax havens into productive use could help African countries escape the spiraling debt trap. 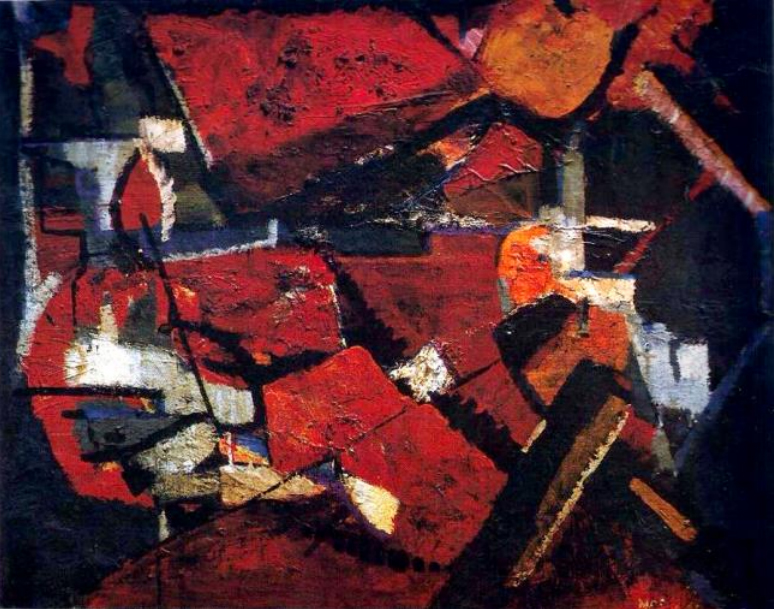 The Burden of Military Spending

“We live in one of the poorest places on earth,” Mali’s former President Amadou Toumani Touré told me just before the pandemic. Mali is part of the Sahel region of Africa, where 80 percent of the population lives on less than $2 a day.

At the 7th Summit of the leaders of the G5 Sahel (Group of Five for the Sahel) in February 2021, the heads of state called for a “deep restructuring of debt,” but the silence they received from the IMF was deafening.

The G5 Sahel was initiated by France in 2014 as a political formation of the five Sahel countries – Burkina Faso, Chad, Mali, Mauritania and Niger.

Its real purpose was clarified in 2017 with the formation of its military alliance (the G5 Sahel Joint Force or FC-G5S), which provided cover for the French military presence in the Sahel. It could now be claimed that France did not really invade these countries, who maintain their formal sovereignty, but that it entered the Sahel to merely assist these countries in their fight against instability.

Part of the problem is the demands made on these states to increase their military spending against any increase in spending for human relief and development.

Western countries – led by France but egged on by the North Atlantic Treaty Organization (NATO) – have pressured these states to treat every crisis as a security crisis. The entire discourse is about security as conversations about social development are relegated to the margins. Even for the United Nations, questions of development have become an afterthought to the focus on war. 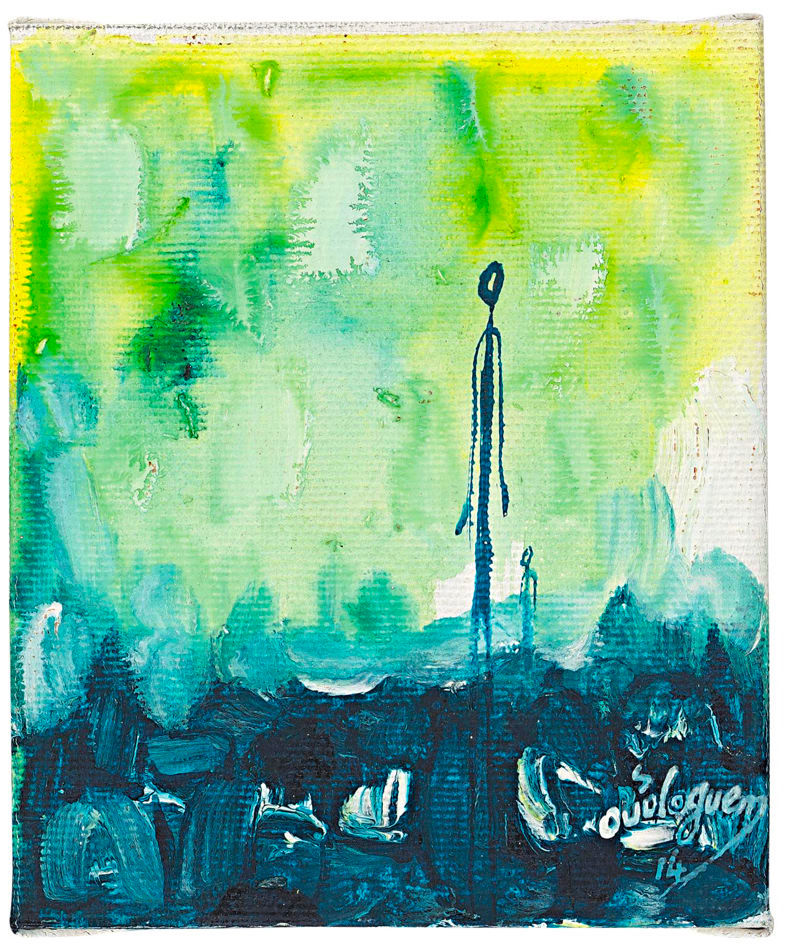 Colonel Assimi Goïta, who leads the military junta, said that the agreement with the French “brought neither peace, nor security, nor reconciliation” and that the junta aspires “to stop the flow of Malian blood.”

France moved its military force from Mali next door to Niger.

No one denies that the chaos in the Sahel region was deepened by the 2011 NATO war against Libya. Mali’s earlier challenges, including a decades-long Tuareg insurgency and conflicts between Fulani herders and Dogon farmers, were convulsed by the entry of arms and men from Libya and Algeria.

Three jihadi groups, including Al-Qaeda, appeared as if from nowhere and used older regional tensions to seize northern Mali in 2012 and declare the state of Azawad. French military intervention followed in January 2013. 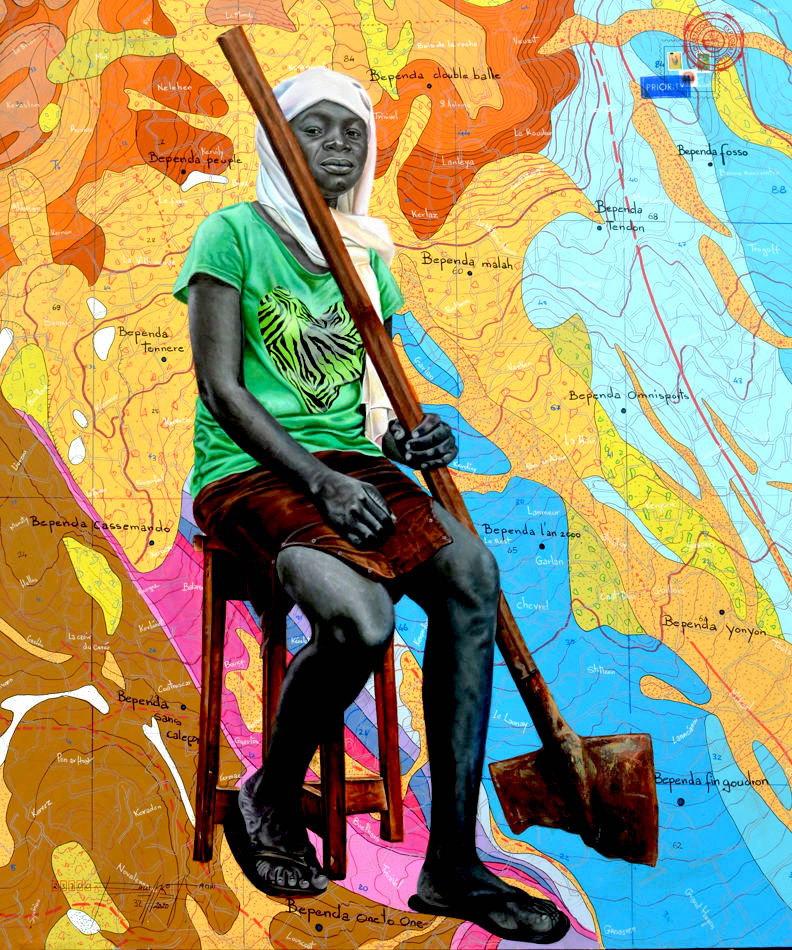 Travel through this region makes it clear that French – and U.S. – interests in the Sahel are not merely about terrorism and violence. Two domestic concerns have led both foreign powers to build a massive military presence there, including the world’s largest drone base, which is operated by the U.S., in Agadez, Niger.

The first concern is that this region is home to considerable natural resources, including yellowcake uranium in Niger. Two mines in Arlit (Niger) produce enough uranium to power 1-in-3 light bulbs in France, which is why French mining firms (such as Areva) operate in this garrison-like town.

Secondly, these military operations are designed to deter the steady stream of migrants leaving areas such as West Africa and West Asia, going through the Sahel and Libya and making their way across the Mediterranean Sea to Europe.

Along the Sahel, from Mauritania to Chad, Europe and the U.S. have begun to build what amounts to a highly militarized border. Europe has moved its border from the northern edge of the Mediterranean Sea to the southern edge of the Sahara Desert, thereby compromising the sovereignty of North Africa.

Military coups in Burkina Faso and Mali are a result of the failure of democratic governments to rein in French intervention. It was left to the military in Mali to both eject the French military and depart from its G5 Sahel political project.

Conflicts in Mali, as former President Alpha Omar Konaré told me over a decade ago, are inflamed due to the suffocation of the country’s economy. The country is regularly left out of infrastructure support and debt relief initiatives by international development organizations.

This landlocked state imports over 70 percent of its food, prices for which have skyrocketed in the past month. Mali faces harsh sanctions from the Economic Community of West African States (ECOWAS), which will only deepen the crisis and provoke greater conflict north of Mali’s capital, Bamako.

The conflict in Mali’s north affects the lives of the country’s Tuareg population, which is rich with many great poets and musicians. One of them, Souéloum Diagho, writes that “a person without memory is like a desert without water” (“un homme sans mémoire est comme un desert sans eau”).

Memories of older forms of colonialism sharpen the way that many Africans view their treatment as “collateral victims”’ (as the AU’s Mahamat described it) and their conviction that it is unacceptable.

3 comments for “Africa, the Collateral Victim of a Distant Conflict”