Despite all the talk of trade, Vijay Prashad says the real focus of the G5 Sahel was always going to be security. 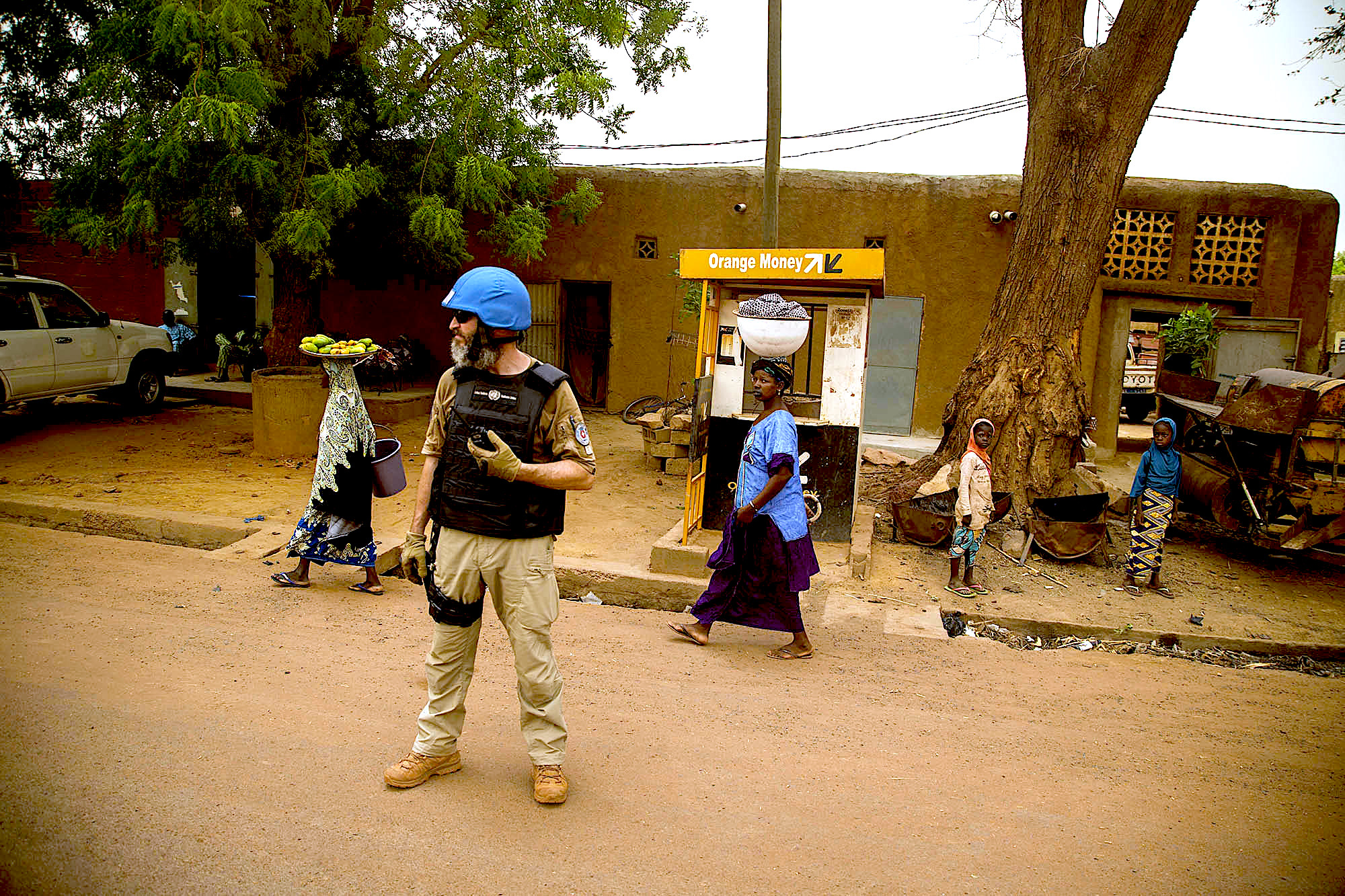 May 30, 2018: UN Peacekeeper helping to secure the road for the U.N. secretary general’s convoy in Mopti, Mali. (MINUSMA, Flickr)

On May 15 the military junta in Mali announced that it would no longer be part of the G5 Sahel platform.

The G5 Sahel was created in Nouakchott, Mauritania, in 2014, and brought together the governments of Burkina Faso, Chad, Mali, Mauritania and Niger to collaborate over the deteriorating security situation in the Sahel belt — the region just below the Sahara desert in Africa — and to increase trade among these countries.

Behind the scenes, it was clear that the formation of the G5 Sahel was encouraged by the French government, and that, despite all the talk of trade, the real focus of the group was going to be security.

In early 2017, under French pressure, these G5 Sahel countries created the G5 Sahel Joint Force (FC-G5S), a military alliance to combat the security threat posed by the aftermath of the Algerian civil war (1991-2002) and the detritus of NATO’s 2011 war in Libya.

The G5 Sahel Joint Force received the backing of the United Nations Security Council to conduct military operations in the region.

Mali’s military spokesperson Colonel Abdoulaye Maïga said on May 15 that his government had sent a letter on April 22 to General Mahamat Idriss Déby Itno — president of Chad’s transitional military council and the outgoing president of the G5 Sahel — informing him of Mali’s decision.

The lack of movement in holding the conference of the G5 Sahel heads of state, which was supposed to take place in Mali in February, and handing over the rotating presidency of the FC-G5S to the country, forced Mali to take the action of leaving both the FC-G5S and the G5 Sahel platform, Colonel Maïga said on national television.

The departure of Mali was inevitable. The country has been torn apart by austerity policies pushed by the International Monetary Fund and by conflicts that run along the length of this country of more than 20 million people.

Two coups d’état in 2020 and 2021 in Mali were followed up with the promise of elections, which do not seem to be on the horizon.

Regional bodies, such as the Economic Community of West African States (ECOWAS), have also imposed tough sanctions against Mali, which has only exacerbated the economic problems already being faced by the Malian people.

The G5 Sahel defense ministers last met in November 2021, and the G5 Sahel member countries’ heads of state meeting in February 2022 was postponed. Mali was meant to take over the rotating presidency of G5 Sahel, but the other states who are part of the platform were not keen on this transfer (Chad has continued with the presidency).

The five members of G5 Sahel are all former French colonies, who ejected the French through anti-colonial struggles and attempted to build their own sovereign states.

The Sahel forms a belt up to 1000 km wide, spanning Africa from the Atlantic Ocean to the Red Sea. (Felix Koenig, CC BY-SA 4.0, Wikimedia Commons)

These countries suffered assassinations (such as that of Burkina Faso’s former leader Thomas Sankara in 1987), dealt with IMF austerity programs (such as the measures taken against the government of Mali’s former President Alpha Oumar Konaré from 1996 to 1999), and faced the reassertion of French power (such as when France backed Chad’s Marshall Idriss Déby against Hissène Habré in 1990).

After the French-initiated NATO war against Libya in 2011, and the destabilization it wrought, France intervened militarily in Mali through Operation Barkhane, and then — along with the United States military — it intervened across the Sahel as part of the G5 Sahel platform.

Since the reentry of the French military in the region, it has driven an agenda that seems to be more about catering to Europe’s needs than those of the Sahel region.

The main argument made for the French (and U.S.) intervention in the Sahel is that they want to partner with the militaries of the region to combat terrorism. It is true that there has been a rise in militancy — some of it rooted in the expansion of Al Qaeda and the Islamic State activities in the Sahel. 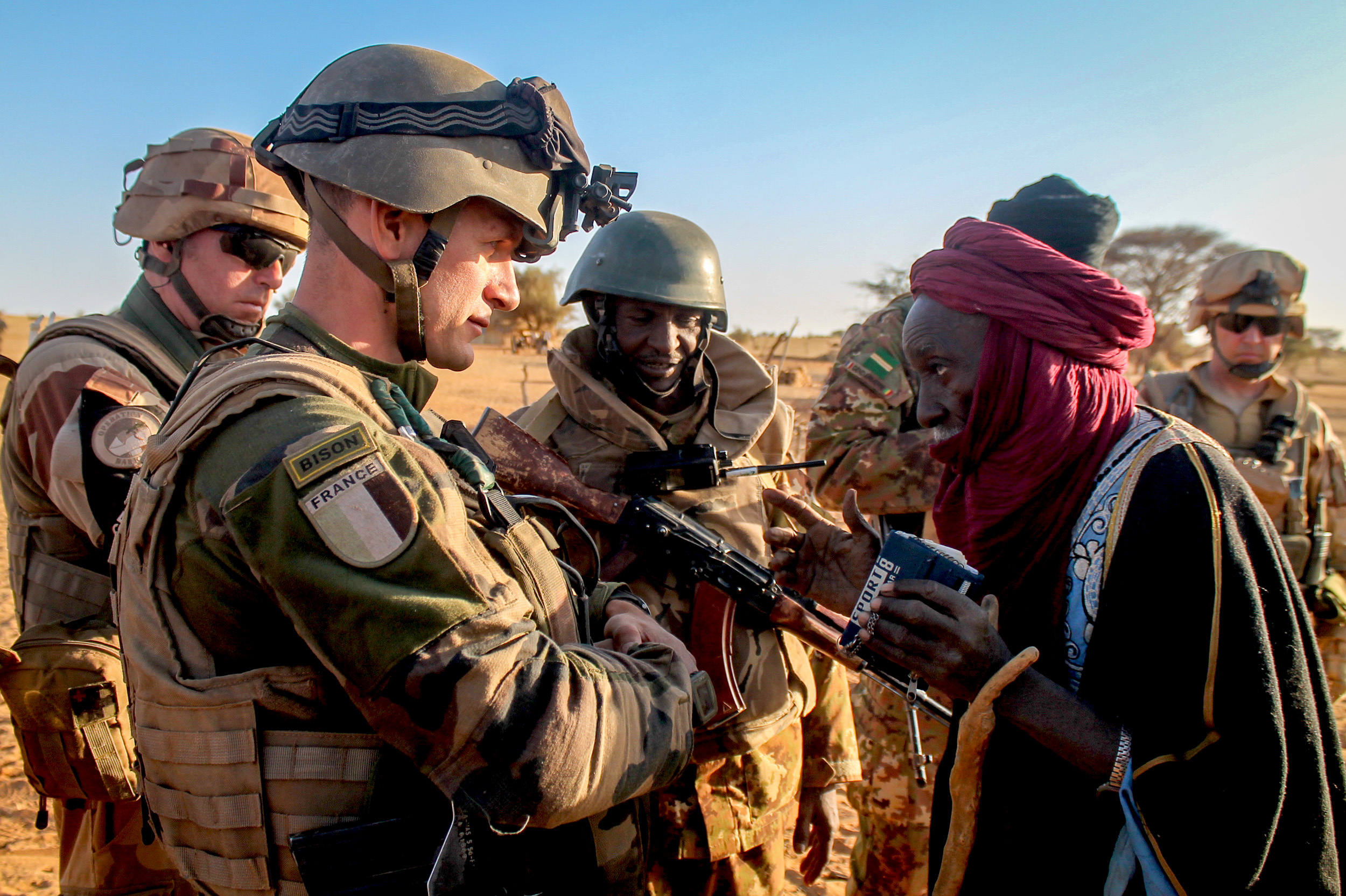 Conversations with officials in the Sahel states, however, reveal that they do not believe that countering terrorism is the main issue for French pressure on their governments. They believe, although they are wary of going on the record, that the Europeans are worried more about the issue of migration than that of terrorism.

Rather than allow migrants — many from West Africa and West Asia — to reach the Libyan coast and make an attempt to cross the Mediterranean Sea, they want to build a perimeter in the Sahel to limit the migrant movement beyond that; France has, in other words, moved the southern border of Europe from north of the Mediterranean to south of the Sahara.

“We live in one of the poorest places on earth,” former Malian President Amadou Toumani Touré told me before he died in 2020. About 80 percent of the people of the Sahel live on less than $1.90 a day, and the population growth in this region is expected to rise from 90 million in 2017 to 240 million by 2050. 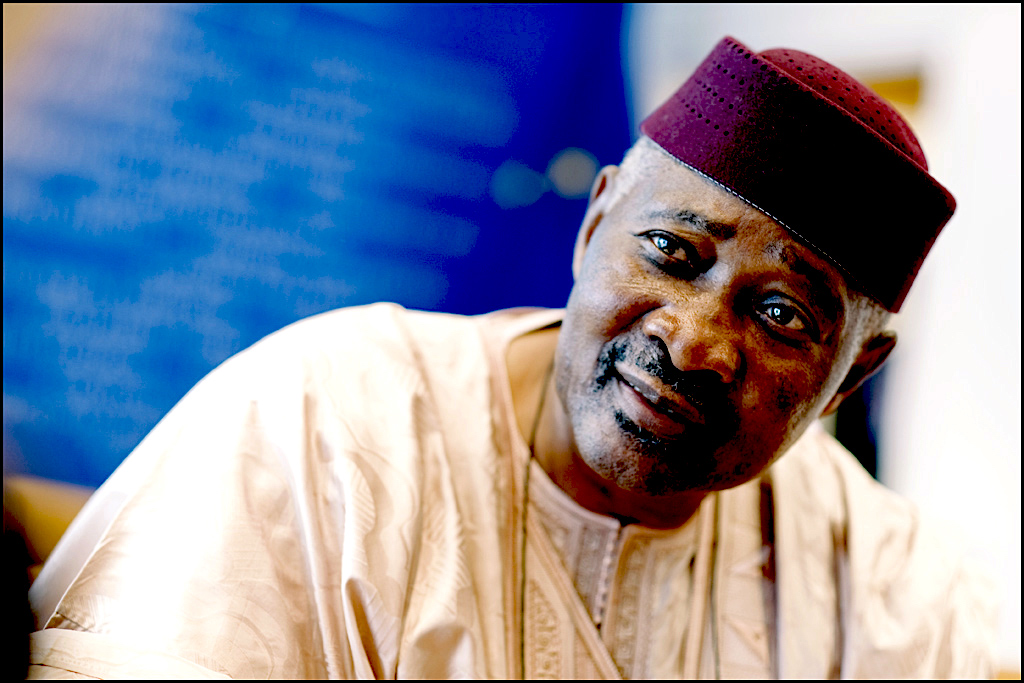 The Sahel belt owes a vast debt to the wealthy bondholders in the North Atlantic states, who are not prepared for debt forgiveness. At the seventh summit of the G5 Sahel in February 2021, the heads of state called for a “deep restructuring of the debt of the G5 Sahel countries.” But the response they received from the IMF was deafening.

Part of the budgetary problem is the demands made on these states by France to increase their military spending against any increase in their spending for humanitarian relief and development.

The G5 Sahel countries spend between 17 percent and 30 percent of their budgets on their militaries. Three of the five Sahel countries have increased their military spending astronomically over the past decade, according to the Stockholm International Peace Research Institute: Burkina Faso by 238 percent, Mali by 339 percent and Niger by 288 percent. The arms trade is suffocating these countries.

With the potential entry of NATO into the region, this illusionary form of treating the Sahel’s problems as security problems will only persist. Even for the United Nations, the questions of development in the area have become an afterthought to the main focus on war.

Lack of support for the civilian governments to deal with the real problems in the region has led to military coups in three of the five countries: Burkina Faso, Chad and Mali.

The military junta in Mali ejected the French military from Mali’s territory on May 2, a week before it left G5 Sahel. Indications of disquiet regarding French policies swirl around the region.

Will Mali’s example be followed by any of the other countries who are part of the G5 Sahel group, and will France’s real project in the Sahel — to limit migration of people from the Global South to Europe — eventually collapse with Mali’s exit from the G5 Sahel?

This article was produced by Globetrotter and was published by Peoples Dispatch.

← Caitlin Johnstone: They Fear Information, Not Disinformation
WATCH: An Exchange With a Ukrainian Poet on the War →