As the war becomes less popular and it takes its toll, an electoral disaster looms ahead in 2022 and 2024 for Biden and the Democratic Party, for which the Times serves as a mouthpiece, writes John Walsh. 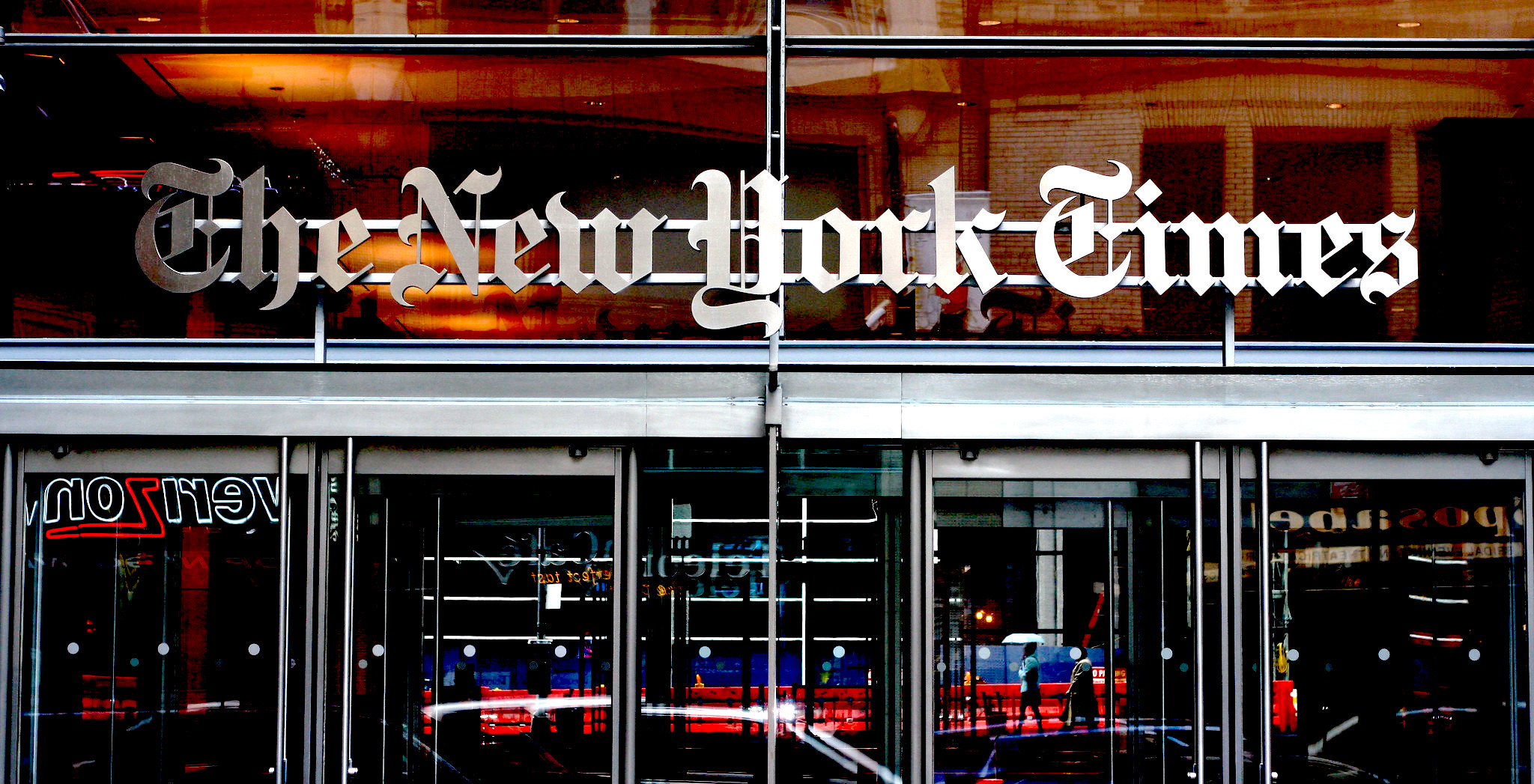 On May 11 The New York Times ran an article documenting that all was not going well for the U.S. in Ukraine, and a companion opinion piece hinting that a shift in direction might be in order.

Then on May 19, the editorial board, the full Magisterium of the Times, moved from hints to a clarion call for a change in direction, declaring that “total victory” over Russia is not possible and that Ukraine will have to negotiate a peace in a way that reflects a “realistic assessment” and the “limits” of U.S. commitment.

The Times serves as one the main shapers of public opinion for the elite and so its pronouncements are not to be taken lightly.

“In March, this board argued that the message from the United States and its allies to Ukrainians and Russians alike must be: No matter how long it takes, Ukraine will be free. …”

“That goal cannot shift, but in the end, it is still not in America’s best interest to plunge into an all-out war with Russia, even if a negotiated peace may require Ukraine to make some hard decisions.”

And, to ensure that there is no ambiguity, it went on:

“A decisive military victory for Ukraine over Russia, in which Ukraine regains all the territory Russia has seized since 2014, is not a realistic goal. … Russia remains too strong…”

The, to make certain that President Joe Biden and the Ukrainians understand what they should do, it adds:

“… Mr. Biden should also make clear to President Volodymyr Zelensky and his people that there is a limit to how far the United States and NATO will go to confront Russia, and limits to the arms, money and political support they can muster. It is imperative that the Ukrainian government’s decisions be based on a realistic assessment of its means and how much more destruction Ukraine can sustain.”

As Ukraine’s President Volodymyr Zelensky read those words, he must surely have begun to sweat.  The voice of his masters was telling him that he and Ukraine will have to make some sacrifices for the U.S. to save face.  As he contemplates his options, his thoughts must surely run back to February 2014, and the U.S.-backed Maidan coup that culminated in the hasty exit of President Viktor Yanukovych from his office, his country and almost from this earth.

Alexander Mercouris of The Duran explains the shift in Western media reporting:

In the eyes of the Times editorial writers, the war has become a U.S. proxy war against Russia using Ukrainians as cannon fodder – and it is careening out of control:

“The current moment is a messy one in this conflict, which may explain President Biden and his cabinet’s reluctance to put down clear goal posts.

“The United States and NATO are already deeply involved, militarily and economically. Unrealistic expectations could draw them ever deeper into a costly, drawn-out war …

“Recent bellicose statements from Washington — President Biden’s assertion that Mr. Putin ‘cannot remain in power,’ Defense Secretary Lloyd Austin’s comment that Russia must be ‘weakened’ and the pledge by the House speaker, Nancy Pelosi, that the United States would support Ukraine ‘until victory is won’ — may be rousing proclamations of support, but they do not bring negotiations any closer.” 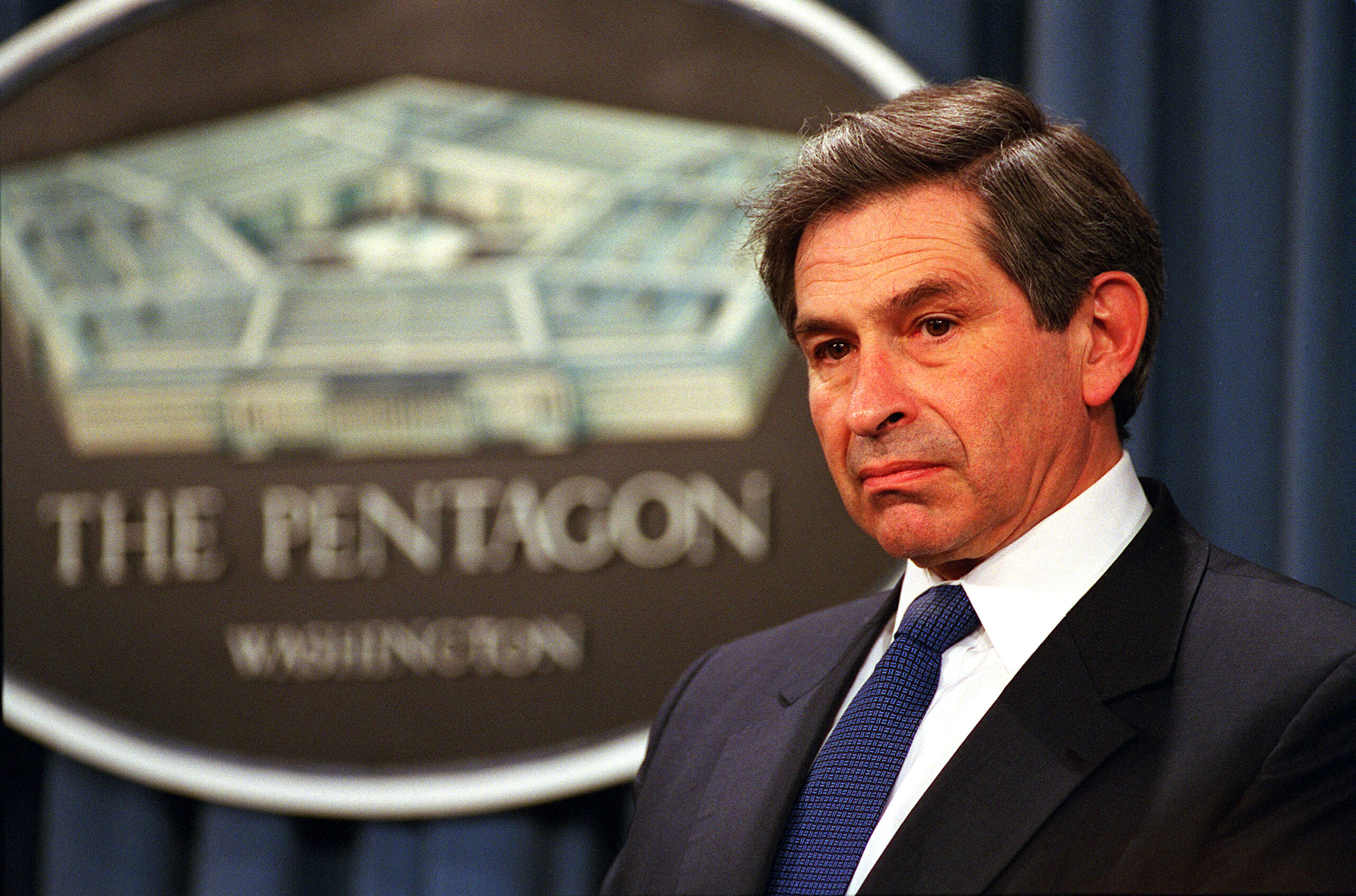 The neocons operate by the Wolfowitz Doctrine, enunciated in 1992, soon after the end of Cold War 1.0, by the necoconservative Paul Wolfowitz, then under secretary of defense:

“We endeavor to prevent any hostile power from dominating a region whose resources would, under consolidated control, be sufficient to generate global power.

“We must maintain the mechanism for deterring potential competitors from even aspiring to a larger regional or global power.” 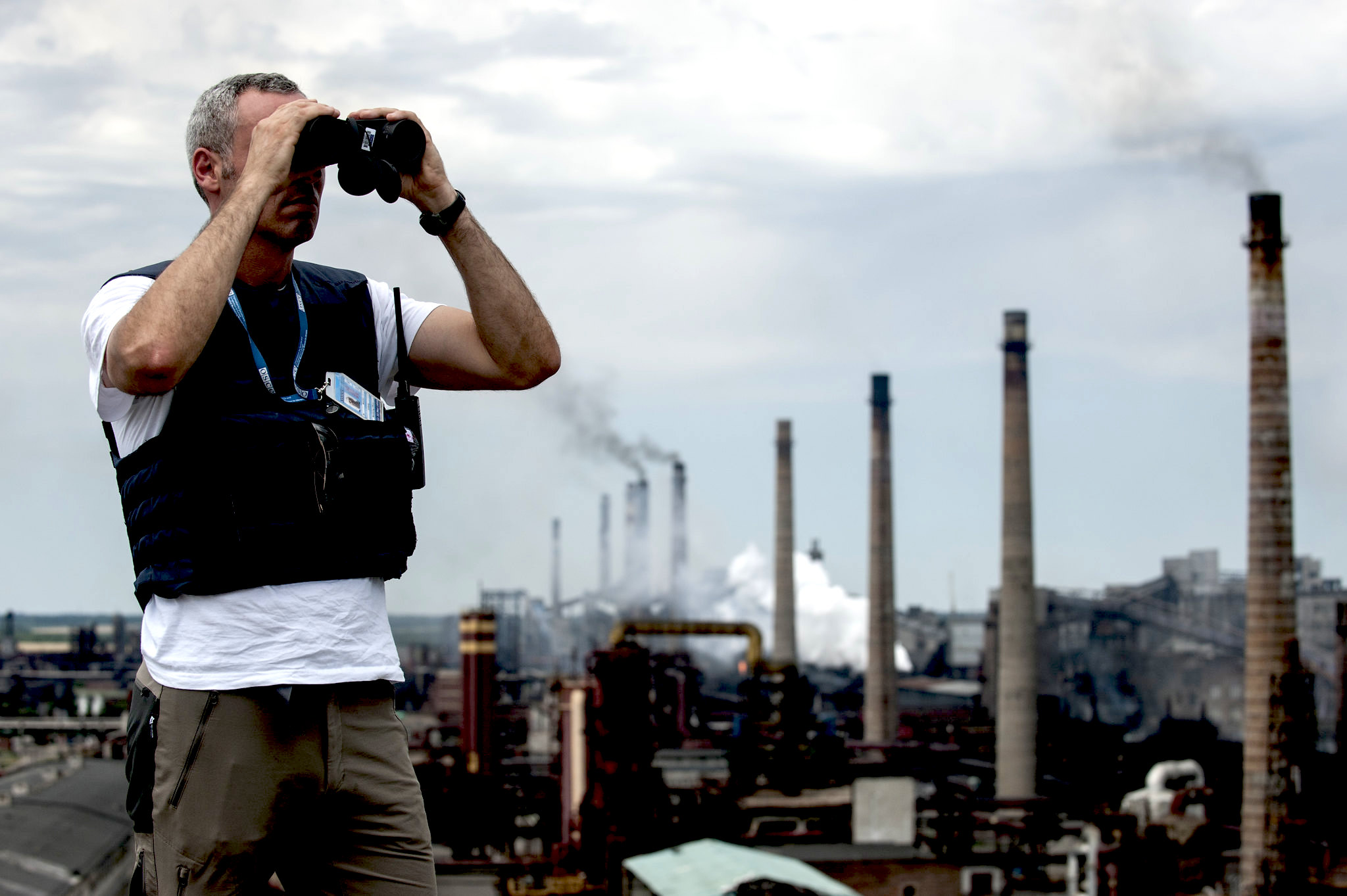 After seven years of slaughter in the Donbas and three months of warfare in southern Ukraine, has the Times editorial board suddenly had a rush of compassion for all the victims of the war and the destruction of Ukraine and changed its opinion?  Given the record of the Times over the decades, it would seem that other factors are at work.

First of all, Russia has handled the situation unexpectedly well despite dire predictions from the West.

Out of 195 nations, 165 —including India and China with 35 percent of the world’s population —have refused to join sanctions against Russia, leaving the U.S., not Russia, relatively isolated in the world.

The ruble, which Biden said would be “rubble,” has not only returned to its pre-February levels but is trading recently around a two-year high of about 60 rubles to the dollar compared to 150 in March.

Russia is expecting a bumper harvest and the world is eager for its wheat and fertilizer, oil and gas all of which provide substantial revenue.

The EU has largely succumbed to Russia’s demand to be paid for gas in rubles.  U.S. Treasury Secretary Yellin is warning the suicidal Europeans that an embargo of Russian oil will further damage the economies of the West. 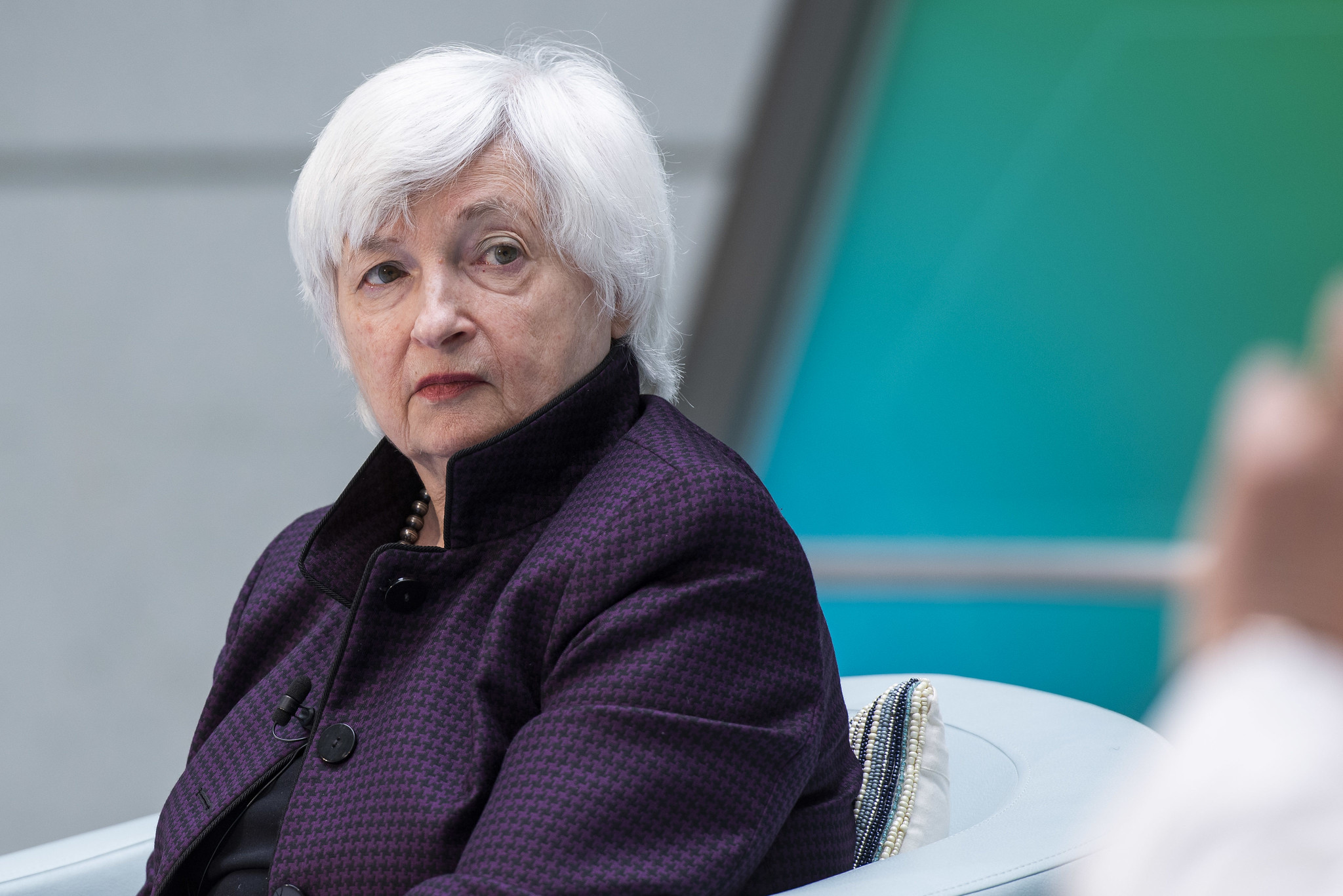 Russian forces are making slow but steady progress across southern and eastern Ukraine after winning in Mariupol, the biggest battle of the war so far, and a demoralizing defeat for Ukraine.

In the U.S., inflation, which was already high before the Ukraine crisis, has been driven even higher and reached over 8 percent with the Federal Reserve now scrambling to control it by raising interest rates.  Partly as a result of this, the stock market has come close to bear territory.  As the war progresses, many have joined Ben Bernanke, former Fed Chair, in predicting a period of high unemployment, high inflation and low growth — the dread stagflation.

Domestically, there are signs of deterioration in support of the war.  Most strikingly, 57 House Republicans and 11 Senate Republicans voted against the latest package of weaponry to Ukraine, bundled with considerable pork and hidden bonanzas for the war profiteers.  (Strikingly no Democrat, not a single one, not even the most “progressive” voted against pouring fuel on the fire of war raging in Ukraine.  But that is another story.)

And while U.S. public opinion remains in favor of U.S. involvement in Ukraine there are signs of slippage.  For example, Pew reports that those feeling the U.S. is not doing enough declined from March to May.  As more stagflation takes hold with gas and food prices growing and voices like those of Tucker Carlson and Rand Paul pointing out the connection between the inflation and the war, discontent is certain to grow.

Finally, as the war becomes less popular and it takes its toll, an electoral disaster looms ahead in 2022 and 2024 for Biden and the Democratic Party, for which the Times serves as a mouthpiece.

There is a note of panic in this appeal to find a negotiated solution now.  The U.S. and Russia are the world’s major nuclear powers with thousands of nuclear missiles on launch-on-warning, aka hair-trigger alert.  At moments of high tension, the possibilities of accidental nuclear Armageddon are all too real.

Biden’s ability to stay in command of events is in question. Many people of his age can handle a situation like this, but many cannot and he seems to be in the latter category.

The neocons are now in control of the foreign policy of the Biden administration, the Democratic Party and most of the Republican Party. But will the neocons in charge give up and move in a reasonable and peaceful direction as the Times editorial demands?

This is a fantasy of the first order.  As other commentators have observed, hawks such as Secretary of State Antony Blinken, Under Secretary for Political Affairs Victoria Nuland and National Security Advisor Jake Sullivan have no reverse gear; they always double down. They do not serve the interests of humanity nor do they serve the interests of the American people.  They are in reality traitors to the U.S.  They must be exposed, discredited and pushed aside.  Our survival depends on it.

John V. Walsh, until recently a professor of physiology and neuroscience at the University of Massachusetts Chan Medical School, has written on issues of peace and health care for The San Francisco Chronicle, EastBayTimes/San Jose Mercury News, Asia Times, LA Progressive, Antiwar.com, CounterPunch and others.