Biden is to host the Summit of the Americas in June, where he hopes to deepen Washington’s hegemony over the region, writes Vijay Prashad.

Empire denies its own existence. It does not exist as an empire but only as benevolence, with its mission to spread human rights and sustainable development across the world.

However, that perspective means nothing in Havana nor in Caracas, where “human rights” has come to mean regime change, and where “sustainable development” has come to mean the throttling of their people through sanctions and blockades. It is from the standpoint of the victims of empire that clarity comes.

U.S. President Joe Biden is to host the Summit of the Americas in June, where he hopes to deepen Washington’s hegemony over the Americas.

The United States government understands that its project of hegemony faces an existential crisis caused by the weaknesses of the U.S. political system and the U.S. economy, with limited funds available for investment within its own country, let alone for the rest of the world.

At the same time, U.S. hegemony faces a serious challenge from China, whose Belt and Road Initiative has been seen in large parts of Latin America and the Caribbean as an alternative to the International Monetary Fund’s austerity agenda.

Rather than work alongside Chinese investments, the U.S. is eager to use any means to prevent China from engaging with countries in the Americas. Along this axis, the U.S. has revitalized the Monroe Doctrine. This policy, which will be two centuries old next year, claims that the Americas are the dominion of the United States, its “sphere of influence,” and its “backyard” (although Biden has tried to be cute by calling the region the U.S.’s “front yard.”)

Along with the International Peoples’ Assembly, we have developed a red alert on two instruments of U.S. power – the Organization of American States and the Summit of the Americas – as well as the challenge that the U.S. faces as it tries to impose its hegemony in the region. The red alert is featured below and is available here as a PDF. Please read it, discuss it, and share it. 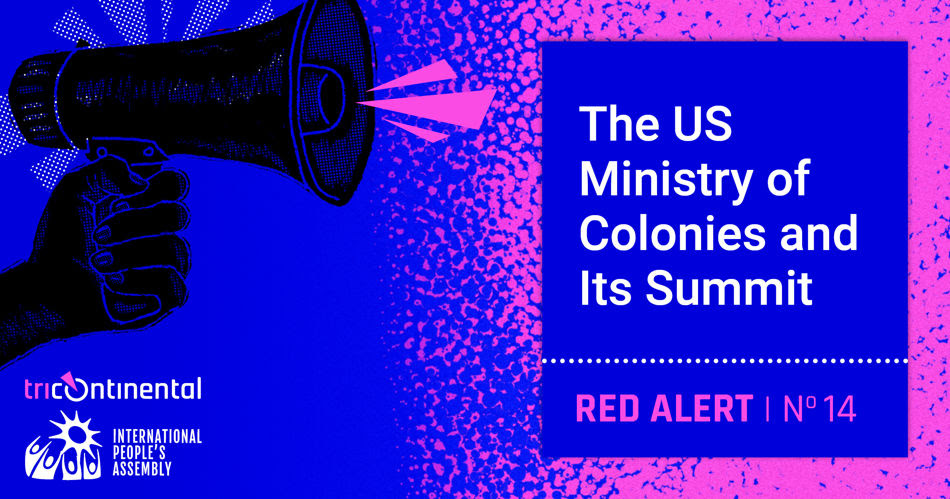 What is the OAS?

The Organization of American States (OAS) was formed in Bogotá, Colombia, in 1948 by the United States and its allies. Though the OAS Charter invokes the rhetoric of multilateralism and cooperation, it has been used as a tool to fight against communism in the hemisphere and to impose a U.S. agenda on the countries of the Americas.

Roughly half of the funds for the OAS and 80 percent of the funds for the Inter-American Commission on Human Rights (IACHR), an autonomous organ of the OAS, come from the U.S. It is worth noting that – despite providing the majority of its budget – the U.S. has not ratified any of the IACHR’s treaties.

The OAS showed its true colors after the Cuban Revolution (1959). At a meeting in Punta del Este, Uruguay, in 1962, Cuba – a founding member of the OAS – was expelled. The declaration from the meeting stated that “the principles of communism are incompatible with the principles of the inter-American system.” In response, Fidel Castro called the OAS the “US Ministry of Colonies.”

The OAS set up the Special Consultative Committee on Security Against the Subversive Action of International Communism in 1962, with the purpose of allowing the elites in the Americas – led by the U.S. – to use every means possible against popular movements of the working class and peasantry.

The OAS has afforded diplomatic and political cover to the U.S.’s Central Intelligence Agency (CIA) as it has participated in the overthrow of governments that attempt to exercise their legitimate sovereignty – sovereignty that the OAS Charter purports to guarantee. This exercise has gone all the way from the OAS’s expulsion of Cuba in 1962 to the orchestration of coups in Honduras (2009) and Bolivia (2019) to the repeated attempts to overthrow the governments of Nicaragua and Venezuela and ongoing interference in Haiti.

Since 1962, the OAS has openly acted alongside the U.S. government to sanction countries without a United Nations Security Council resolution, which makes these sanctions illegal. It has, therefore, regularly violated the “principle of non-interference” in its own charter, which prohibits “armed force but also any other form of interference or attempted threat against the personality of the State or against its political, economic, and cultural elements” (chapter 1, article 2, section b and chapter IV, article 19). 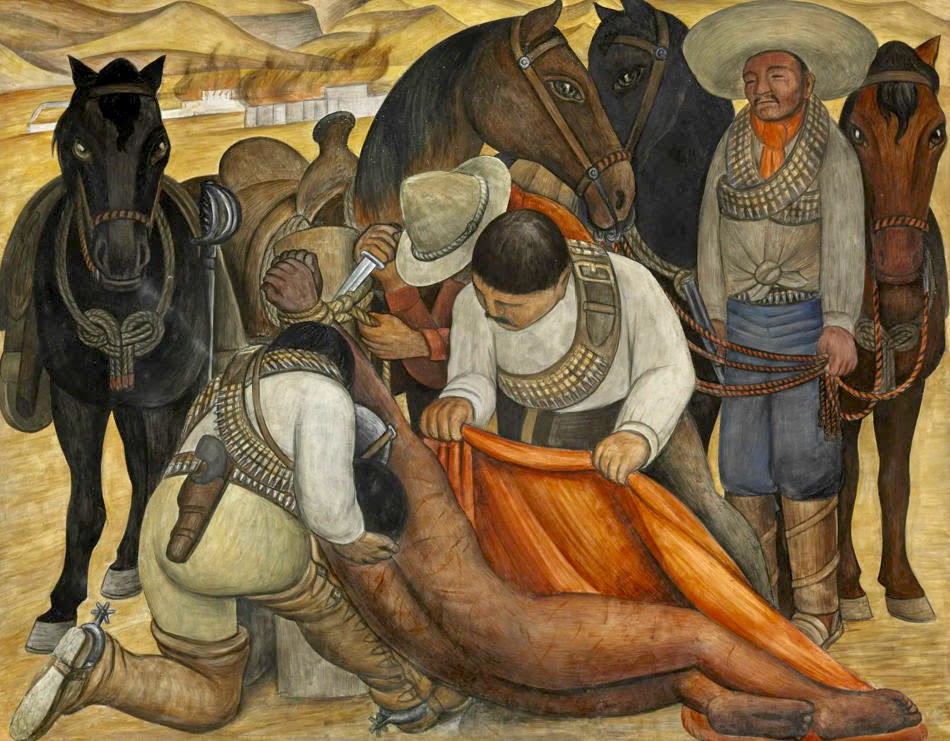 Venezuela, led by President Hugo Chávez, initiated a process in the early 2000s to build new regional institutions outside of U.S. control. Three major platforms were built in this period: 1) the Bolivarian Alliance for the Peoples of Our America (ALBA) in 2004; 2) the Union of South American Nations (UNASUR) in 2004; and 3) the Community of Latin American and Caribbean States (CELAC) in 2010.

These platforms established inter-governmental connections across the Americas, including summits on matters of regional importance and technical institutions to enhance trade and cultural interactions across borders. Each of these platforms have faced threats from the United States. As governments in the region oscillate politically, their commitment to these platforms has either increased (the more left they have been) or decreased (the more subordinate they have been to the United States).

At the sixth summit of CELAC in Mexico City in 2021, Mexico’s President Andrés Manuel López Obrador suggested that the OAS be disbanded and that CELAC help to build a multilateral organization at the scale of the European Union to resolve regional conflicts, build trade partnerships and promote the unity of the Americas.

What is the Summit of the Americas?

With the fall of the Union of Soviet Socialist Republics (USSR), the United States attempted to dominate the world by using its military power to discipline any state that did not accept its hegemony (as in Panama, 1989 and Iraq, 1991) and by institutionalizing its economic power through the World Trade Organization, set up in 1994.

The U.S. called OAS member states to Miami for the first Summit of the Americas in 1994, which was subsequently handed over to the OAS to manage. The summit has convened every few years since to “discuss common policy issues, affirm shared values and commit to concerted actions at the national and regional level.”

Despite its stronghold over the OAS, the U.S. has never been able fully to impose its agenda at these summits. At the third summit in Quebec City (2001) and the fourth summit in Mar del Plata (2005), popular movements held large counter-protests; at Mar del Plata, Venezuela’s President Hugo Chávez led a massive demonstration, which resulted in the collapse of the U.S.-imposed Free Trade Area of the Americas agreement.

The fifth and sixth summits at Port of Spain (2009) and Cartagena (2012) became a battlefield for the debate over the U.S. blockade on Cuba and its expulsion from the OAS. Due to immense pressure from the member states of the OAS, Cuba was invited to the seventh and eighth summits in Panama City (2015) and Lima (2018), against the wishes of the United States.

However, the United States has not invited Cuba, Nicaragua or Venezuela to the ninth summit to be held in Los Angeles in June 2022.

Several countries – including Bolivia and Mexico – have said that they will not attend the meeting unless all 35 countries in the Americas are in attendance. From June 8–10, a range of progressive organizations will hold a People’s Summit to counter the OAS summit and to amplify the voices of all the peoples of the Americas. 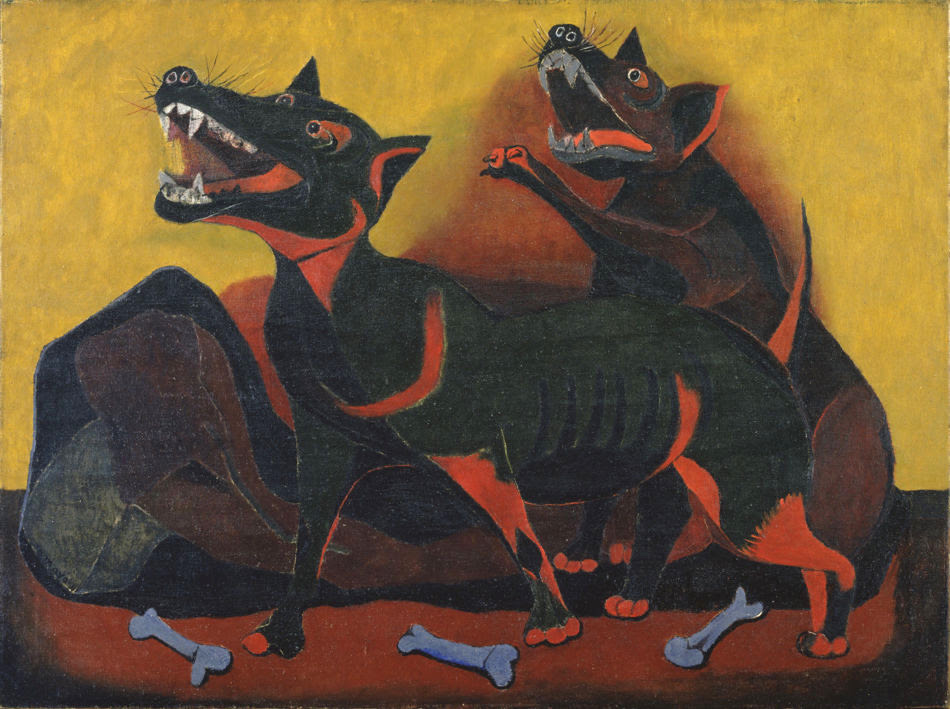 In 2010, the poet Derek Walcott (1930–2017) published “The Lost Empire,” a celebration of the Caribbean and of his own island, Saint Lucia, in particular as British imperialism retreated.

Walcott grew up with the economic and cultural suffocation imposed by colonialism, the ugliness of being made to feel inferior and the wretchedness of the poverty that came alongside it. Years later, reflecting on the jubilation of the retreat of British rule, Walcott wrote:

And then there was no more Empire all of a sudden.
Its victories were air, its dominions dirt:
Burma, Canada, Egypt, Africa, India, the Sudan.
The map that had seeped its stain on a schoolboy’s shirt
like red ink on a blotter, battles, long sieges.
Dhows and feluccas, hill stations, outposts, flags
fluttering down in the dusk, their golden aegis
went out with the sun, the last gleam on a great crag,
With tiger-eyed turbaned Sikhs, pennons of the Raj
to a sobbing bugle.

The sun is setting on imperialism as we emerge slowly and delicately into a world that seeks meaningful equality rather than subordination. “This small place,” Walcott writes of Saint Lucia, “produces nothing but beauty.” That would be true of the entire world if we could get beyond our long, modern history of battles and sieges, warships and nuclear weapons.

14 comments for “And Then There Was No Empire”