This propaganda does immense damage to the world’s understanding and capability of avoiding a looming global food disaster, writes John Ross. 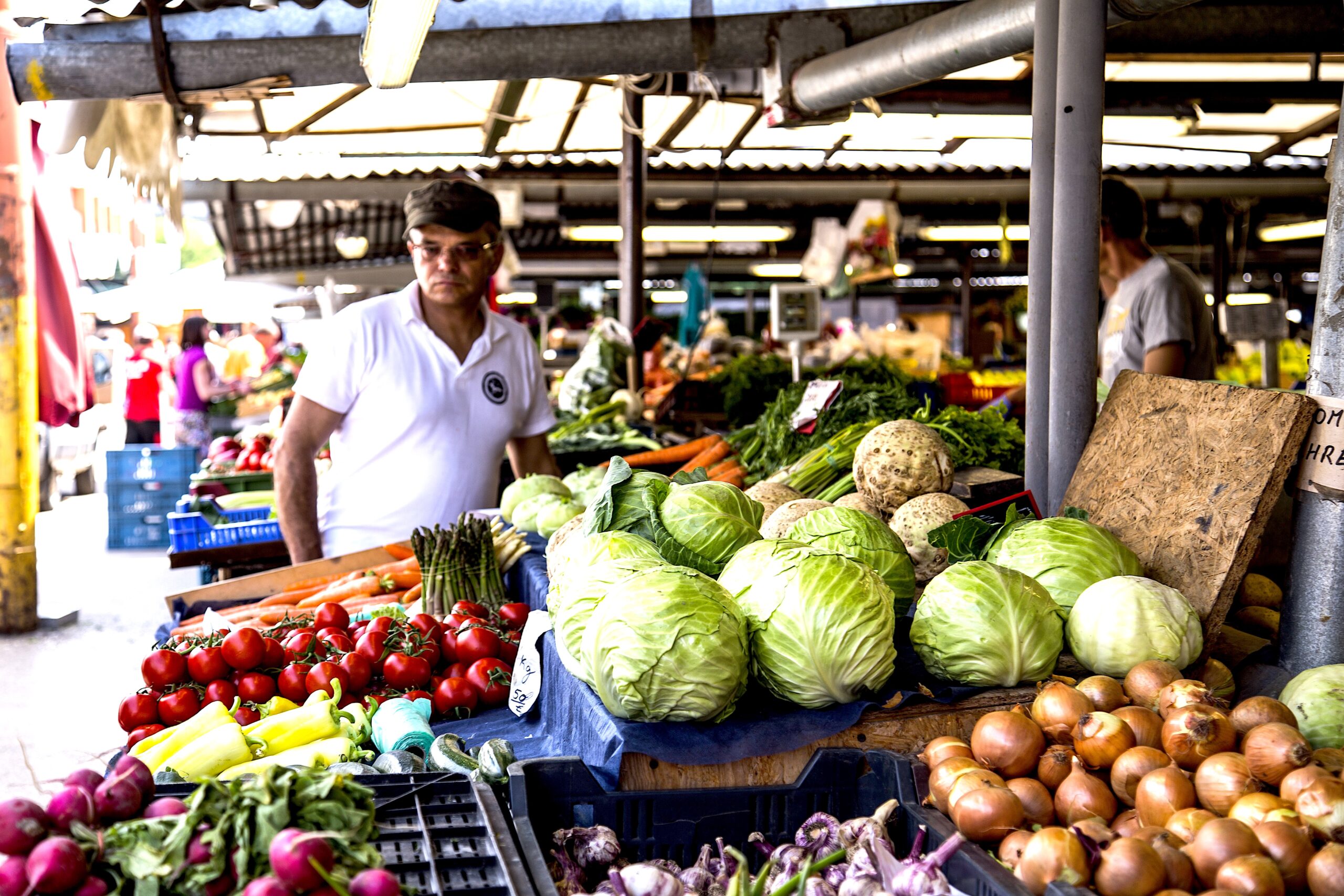 “There is really no true solution to the problem of global food security without bringing back the agriculture production of Ukraine and the food and fertilizer production of Russia and Belarus into world markets despite the war.” These blunt words by U.N. Secretary-General António Guterres accurately describe the present global food crisis.

As the U.S. and the G7 (comprising Canada, France, Germany, Italy, Japan, the United Kingdom and the United States) insist that cutting off food exports from Ukraine poses the biggest threat to world food security, rather than admitting the far more powerful negative effect of Western sanctions against Russia, their propaganda does immense damage to the world’s understanding and capability of avoiding a looming global food disaster.

Looking at the world food supply situation, many experts see an imminent threat of “human catastrophe,” as World Bank President David Malpass put it. Andrew Bailey, the governor of the Bank of England, characterized his outlook on global food supply problems as “apocalyptic” when discussing increasing food prices.

This rise has led to the unfolding of two issues simultaneously: creating the threat of hunger and famine in parts of the Global South and hitting living standards in every country across the globe.

Even before rapid price rises surrounding the Ukraine war, more than 800 million people were suffering from chronic food insecurity — around 10 percent of the world’s population. U.S. Treasury Secretary Janet Yellen cited this fact while speaking to the participants of an April 2022 event, “Tackling Food Insecurity: The Challenge and Call to Action,” whose participants included the heads of international financial institutions such as the World Bank’s Malpass.

Yellen also noted, “Early estimates suggest that at least 10 million more people could be pushed into poverty in Sub-Saharan Africa due to higher food prices alone.”

The World Food Program (WFP) plans “to feed a record 140 million people this year,” and it reports that “at least 44 million people in 38 countries are teetering on the edge of famine,” an increase from 27 million in 2019.

In countries facing other problems, like climate change, food price increases have been catastrophic.

In the Global North, famine is not a threat, but the populations of these countries face a sharp squeeze on their living standards as the global food crisis also raises the prices people in wealthy countries have to pay and budget for. 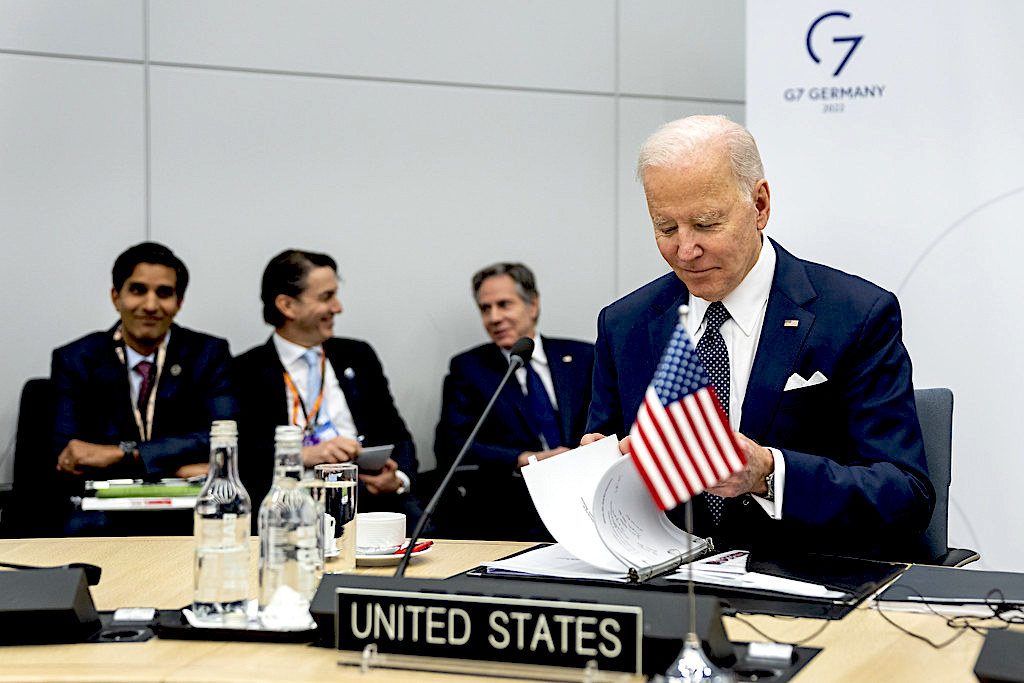 In the United States, for example, the combination of high inflation and economic slowdown led to a 3.4 percent reduction in real average weekly earnings in the last year, as per data provided by the U.S. Bureau of Labor Statistics.

Faced with this rapidly rising threat of the deepening food crisis, the G7 foreign ministers met from May 12 to May 14 to finally focus their attention on this pressing matter.

They issued a statement on May 13 expressing “deep concern” about the growing food insecurity, while pointing out the next day that “the world is now facing a worsening state of food insecurity and malnutrition … at a time when 43 million people were already one step away from famine.”

But the G7 falsely claimed that the reason for this food crisis was primarily due to “Russia blocking the exit routes for Ukraine’s grain.” According to Canada’s foreign minister, Mélanie Joly: “We need to make sure that these cereals are sent to the world. If not, millions of people will be facing famine.” 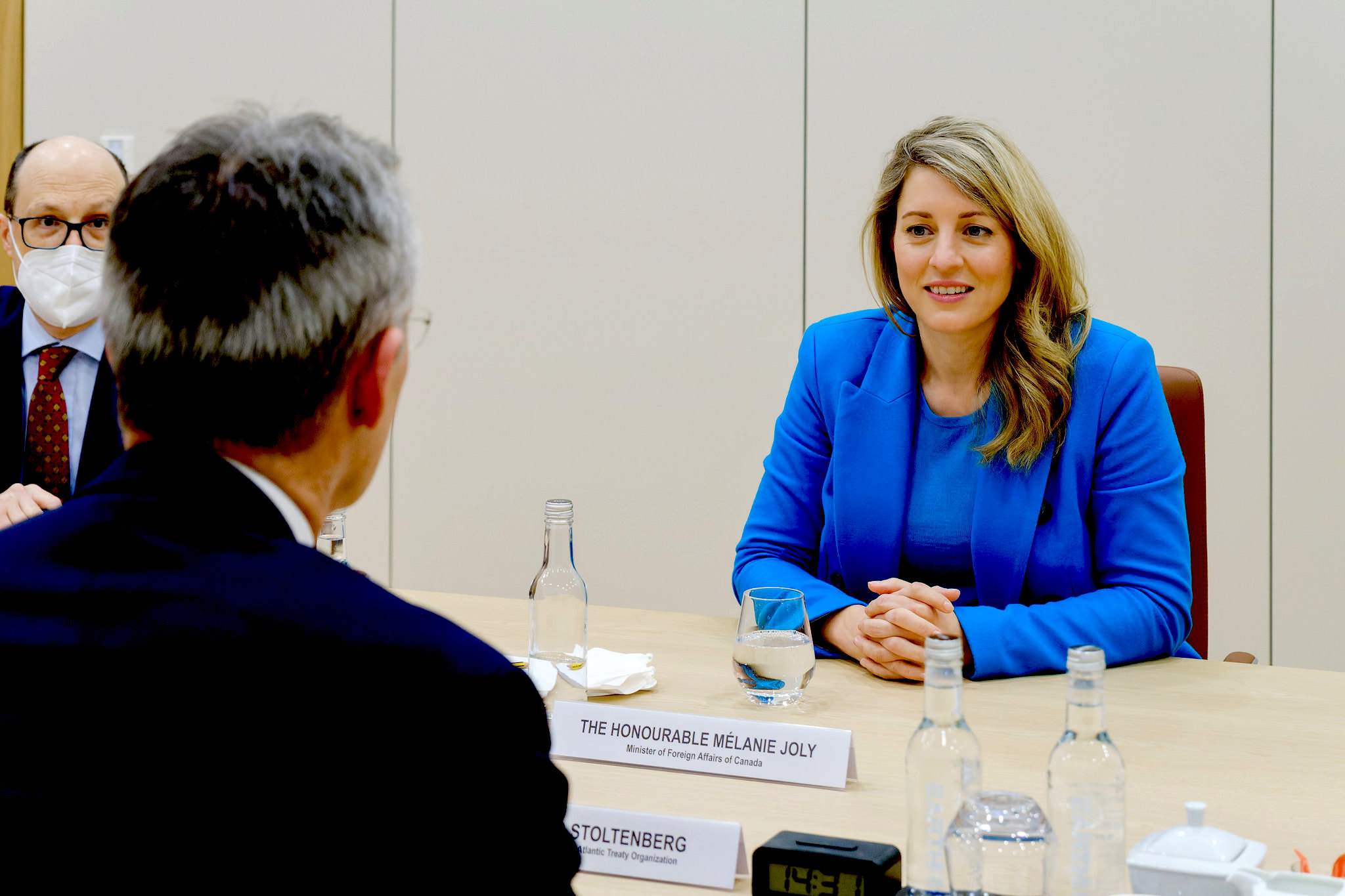 This G7 statement deliberately misrepresented the present global food crisis. Instead of attempting to solve this crisis, the U.S, and the rest of the G7 used this opportunity to further their propaganda on the Ukraine war.

Certainly, Ukraine’s export restrictions make the global food problem worse. But it is not the main cause of the deteriorating situation. A much more powerful cause is Western sanctions imposed on Russia’s exports. 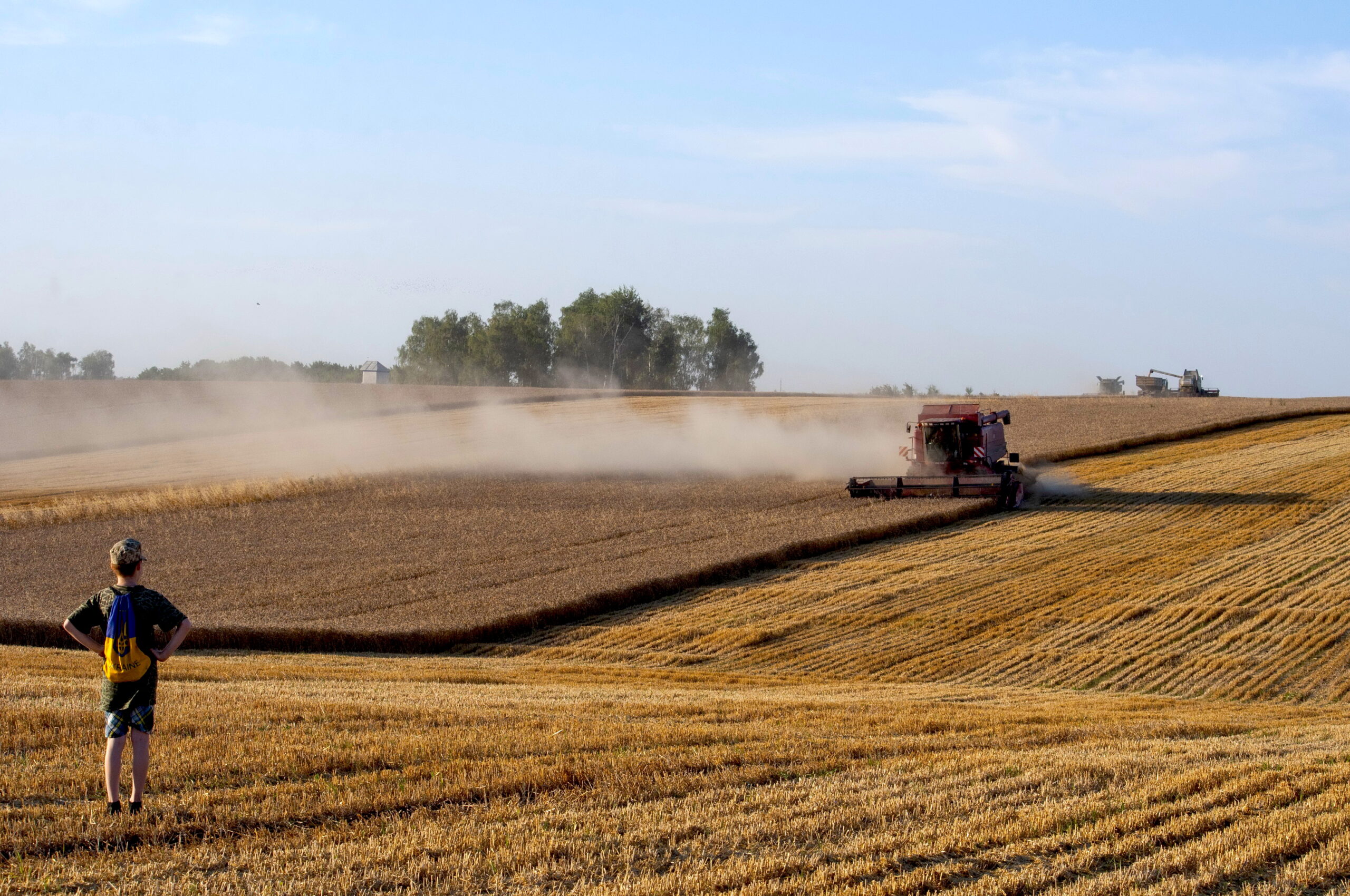 The first reason for this is that Russia is a far bigger exporter of essential food items and other products in comparison to Ukraine. Russia is the world’s largest wheat exporter, accounting for almost three times as much of world exports as Ukraine, 18 percent compared to 7 percent.

Second, and even more important, is the situation with fertilizers. Russia is the world’s largest fertilizer exporter, and Belarus, which is also facing Western sanctions, is also a major supplier — together they account for more than 20 percent of the global supply.

Fertilizer prices were already rising before the Ukraine war due to high fuel prices — fertilizer production relies heavily on natural gas — but sanctions by the West, which prevent Russia from exporting fertilizers, have made the situation worse.

David Laborde, a senior research fellow at the International Food Policy Research Institute, pointed out that “the biggest threat the food system is facing is the disruption of the fertilizer trade.” This is because, he said: “Wheat will impact a few countries. The fertilizer issue can impact every farmer everywhere in the world, and cause declines in the production of all food, not just wheat.”

The threat to global fertilizer supply illustrates how energy products are an essential input into virtually all economic sectors. As Russia is one of the world’s largest exporters not only of food but also of energy, sanctions against the country have a knock-on inflationary effect across the entire world economy.

This world food supply situation worsened further after the G7 meeting when on May 14, India, the world’s second-largest wheat producer, announced that it was halting wheat exports due to crop losses caused by an intense heat wave.

Already in April Indonesia had announced that it was ending palm oil exports — Indonesia accounts for 60 percent of the world supply. 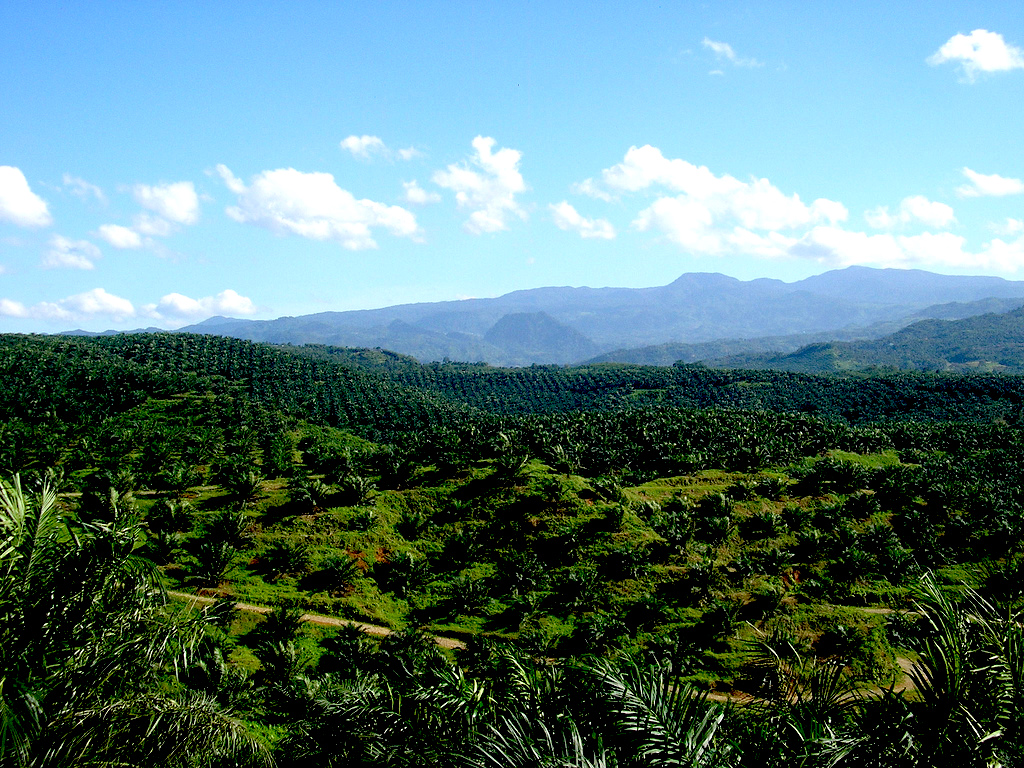 India’s halt of wheat exports will be a further severe blow to countries in the Global South, where its exports are mostly focused. In 2021-2022, India exported 7 million metric tons of wheat, primarily to Asian Global South countries such as Sri Lanka, Indonesia, Yemen, Nepal, Malaysia, the Philippines, and Bangladesh. But India had earlier set a target of expanding wheat exports to 10 million tons in 2022-2023, including supplying 3 million tons of wheat to Egypt for the first time.

The unfolding situation makes clear that António Guterres’ words were indeed accurate — the world food crisis cannot be solved without both Ukraine’s exports and Russia’s exports of food and fertilizer. Without the latter, humanity does indeed face a “catastrophe” — billions of people will have to lower their living standards, and hundreds of millions of people in the Global South will face great hardship like hunger or worse.

Almost every Global South country rightly refused to support the unilateral U.S. sanctions against Russia. This refusal needs to be extended to the whole world to prevent further devastation.

John Ross is a senior fellow at Chongyang Institute for Financial Studies, Renmin University of China. His writing on the Chinese and U.S. economies and geopolitics has been published widely online, and he is the author of two books published in China, Don’t Misunderstand China’s Economy and The Great Chess Game. His most recent book is China’s Great Road: Lessons for Marxist Theory and Socialist Practices (1804 Books, 2021). He was previously director of economic policy for the mayor of London.

19 comments for “G7 Downplays US Sanctions’ Role in Food Shortage”