The Ukraine crisis proves to be Europe’s crucible and Europe proves a profound disappointment.

We have read a great deal about a new Cold War since the U.S. cultivated the coup of February 2014 in Ukraine and the nation was tragically divided against itself.  Some of us have ruminated in print, in this publication and elsewhere, on this emergent reality.

With the back-to-back announcements that Finland and Sweden intend to apply for membership in the North Atlantic Treaty Organization, “Cold War II” is no longer merely a handy locution for columnists and those who pontificate on barstools.

The accession of these Nordic nations to Washington’s principal instrument of power projection is assured and will be complete in very short order. This will solidify the wall Washington and its European clients insist on erecting to divide the world yet more perversely and destructively than it was for the four decades and some of Cold War I.

It would be hard to overstate the significance of this turn of events — for Finns, Swedes and Russians, certainly, — but also for all Europeans and, at the horizon, for everyone on this planet, alive or yet to be born.

Remember the famous lines from Kipling?

Oh, East is East, and West is West, and never the twain shall meet,

Kipling published The Ballad of East and West in 1889, the British Empire’s high noon, and in it mourned the great divide between the imperial powers and their subjects. His deepest regret was for all the lost humanity obscured by the enduring but artificial line humans etched into the Earth long ago to distinguish the West from the rest.

Judgment Day appearing other than imminent, we will be in for many seasons of regret as Washington constructs the infrastructure that will define Cold War II. The Finns’ and Swedes’ accessions to NATO suggest an edifice more permanent than either the Iron Curtain or, on the other side of the world post–1949, its bamboo variant. There will be few doors and windows in this wall — this by Washington’s design. It will be hard to see either in or out. 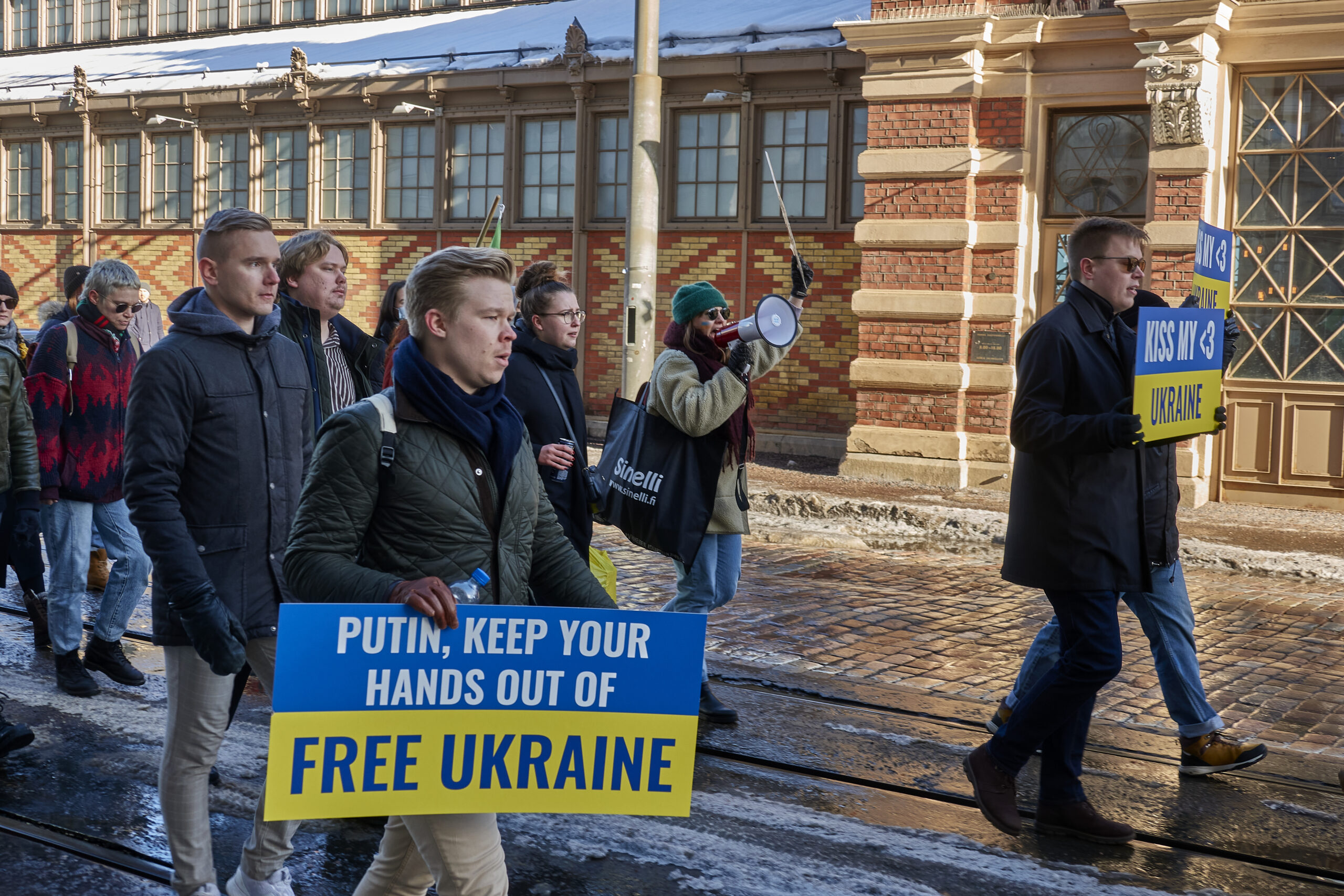 And here’s the thing about this profoundly misguided project. The populations of the Western post-democracies will pay a far higher price for letting their leaders build the thick stone wall of Cold War II than those it is supposed to consign to the wilderness. Westerners will pay this price in blindness, in ignorance, and in isolation from the global majority.

If your proposition is to isolate others — and the great majority of humanity wants no part of isolated others and a world of walls — you’ve probably got it backwards: He who would ostracize others will find himself ostracized.

It has turned out to be a hop-skip, I have to say, from “Mr. Gorbachev, tear down that wall!” to erecting another as quickly as the stones can be set in place. Now we know what President Joe Biden means by “Build Back Better.”

Ever since the Russian intervention in Ukraine on Feb. 24, we have watched as many perfectly innocent people — musical conductors, athletes, professors, artists, writers — have lost their jobs or been otherwise censured for refusing to denounce the Russian incursion publicly, or in some cases simply for being Russian. It reminds me of a passage in the New Testament, Matthew 15:11: Roughly paraphrased, he who would defile another defiles only himself.

The sanctions Washington and its “allies and partners” have imposed on Russia and Russians now number more than 6,000. The results so far strongly suggest they are not working — a conclusion the policy cliques seem to be gradually acknowledging.

Last week Britain announced it was sanctioning Vladimir Putin’s ex-wife; a former gymnast reputed to be the Russian president’s girlfriend and three of his cousins. Western authorities are now down to chasing the yachts of wealthy Russians around the Mediterranean.

Can you beat this stuff for sheer indignity?

What we’ve seen so far, appalling as it has been, will evaporate when the time comes.  Western concert halls will again permit renderings of Rachmaninoff and Shostakovich, War and Peace will be restored to university curricula.

The Finnish and Swedish decisions to join NATO are of another order. They have come but will not go. We now witness an historically significant, here-to-stay restructuring of the global order, such as it is, in real time.

A good map illustrates well enough the magnitude of what is about to happen. Washington has sought to bring NATO up to Russia’s borders since the Soviet Union’s demise, but heretofore it has recruited only the three Baltic statelets among frontline nations — Estonia, Latvia and Lithuania. 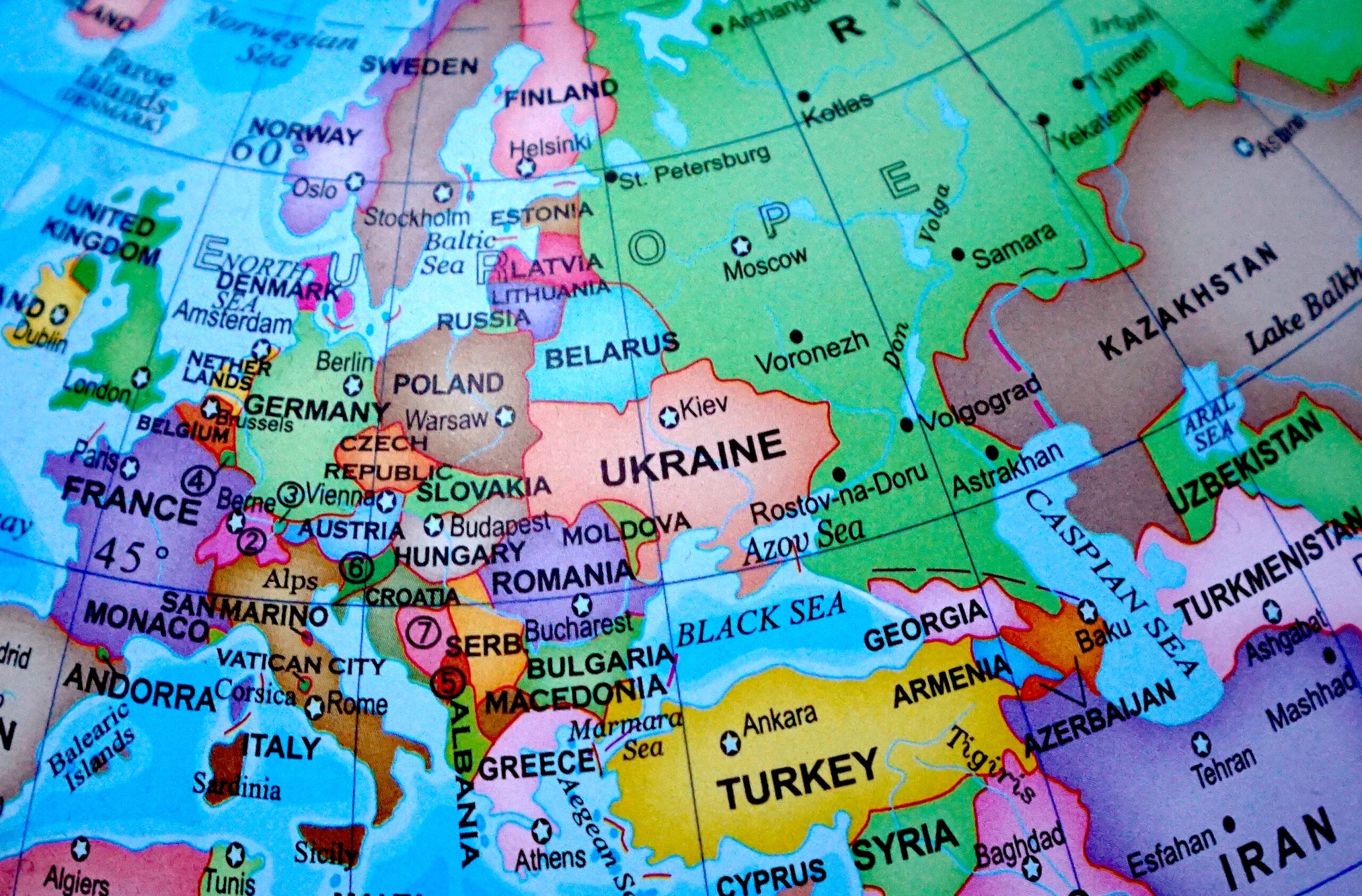 It failed to turn Georgia in 2008, it failed to push through yet another of its color revolutions in Belarus last year, and, as things stand, Ukrainian membership appears a lost cause.

The map will also tell you much about why Russia determined to intervene in Ukraine three months ago (and why your columnist still considers this a regrettable but necessary undertaking). As the map indicates, finally, Finnish membership will consolidate NATO’s presence on Russia’s northwestern flank. With Sweden’s accession, the Baltic Sea will become something like a NATO lake.

That’s the strategic picture, but the strategic picture is merely the framework of the world we are fated to live in for — as the best guesses now have it — decades to come, generations. Anyone who lived through Cold War I will share with me a profound disquietude, a sadness bordering on depression.

Among the very worst of Cold War I’s consequences was the narrowing of the American consciousness such that most citizens of our republic were rendered incapable of managing any kind of complexity. Everything was binary, Manichean, “the good guys and the bad guys,” as many a commentator — not just Tom Friedman — still thinks is fine to put on any given matter.

Americans haven’t managed to grow beyond the state of ignorance that Cold War I required before they are once again pushed back into it. Ukraine: the good guys. Russia: the bad guys. Making this case worse, the Europeans are now signing onto this simplistic view of the world, at the very moment they could have tempered America’s cornpone simplifications with needed nuance and sophistication.

A certain kind of nation is dying as we speak, and to me this is among the greatest of the losses we now witness. Finland has been neutral until now not only by treaty. It has been one of those few nations that straddle East and West by dint of geography, culture, social traditions and the like. You can see this, for instance, in its architecture and the value it places on community — touches of the Asiatic.

Helsinki stood for the efficacy of diplomacy. The twain could meet there, as they did for the Helsinki Accords in 1975 and as they did when Ronald Reagan and Michail Gorbachev had their momentous encounter 15 years later. 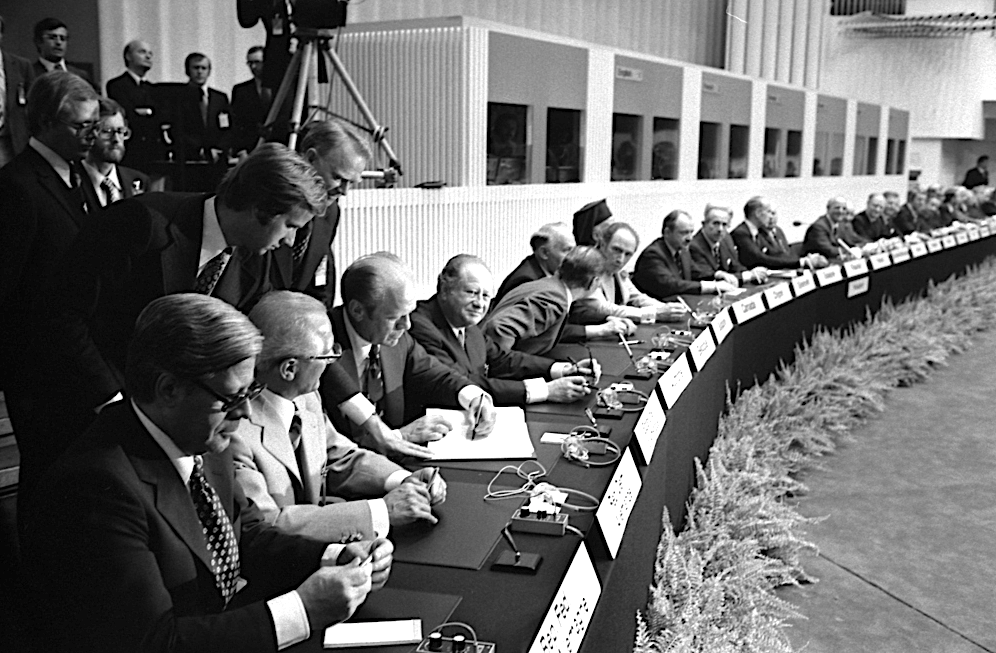 Ukraine stood to be another such nation, divided as it is between the Galician west, tilted toward Europe, and the Russophone east, highly conscious of its “Russianness” by way of language, history, culture, familial ties and so on. This is why the essentially federal system outlined in the two Minsk accords, September 2014 and February 2015, was wise and humane — a plan that could have elevated Ukraine to something more than a failed state, an absolute mess, which is what we must count it now.

We cannot count Sweden neutral, even if The New York Times insists on repeating this error daily. But it was NATO–agnostic, let’s say, and this counted. Stockholm told the world, We are of the West, but we do not partake of Washington’s imperial adventures, and we decline to subjugate ourselves to its militarization of trans–Atlantic relations.

It is all gone now. The Finns have surprised me. I thought they understood their singular place between East and West better than they apparently do. The Swedes have been drifting rightward from their social-democratic principles for years, but NATO membership will still signal abandonment of a worthy position.

As to the rest of Europe, the Ukraine crisis has made this a case of dashed hopes. We can forget about the Continent as an independent pole of power, an expectation I and others nursed over many years. The present generation of leadership has no experience acting other than within the shelter of the American security umbrella.

Here I have to eat a healthy serving of crow. I listened when Emmanuel Macron told the Group of 7 summit at Biarritz three years ago that Europe’s destiny was bound up with Russia’s, when the French president later dismissed NATO as “brain dead,” when he made the case repeatedly for the need to integrate the Russian Federation into a sort of Greater Europe at the western end of the Eurasian landmass.

I have Macron down now as the AOC of Europe: Lots of posturing, garish professions of principled positions, in Macron’s case his insistence over and over that Europe must cultivate its “strategic autonomy,” but no seriousness. What a shyster, what an opportunist poseur. And how foolish was I.

The Ukraine crisis proves to be Europe’s crucible and Europe proves a profound disappointment. We all would have gained, not Europeans alone, had the Continent’s leaders found the gumption to stand and act on their own and for their citizens’ interests.

Policy cliques in Washington and the other Western capitals appear to have settled on our moment to circle the wagons. This is the broader context within which we ought to view the Finnish and Swedish moves toward NATO. There is no more space for outliers, no more time for fancy-pants straddling between East and West.

In my read, this is at bottom a response to the single most compelling reality of our century, the emergence of parity between the West and non–West. We hear daily of how urgent it is to shovel weapons into Ukraine as quickly as possible. And it is urgent: This is a lunge in pursuit of the West’s longstanding superiority — a desperate defense of something that cannot be defended.

One great difference between Cold War I and II is that the non–West is stronger now than it was. The nations that comprise it are technologically capable, they have their own markets, their own investment capital; a dense web of interdependent ties elaborates as we speak.

These nations, as is already plain from the very short list of subscribers to the Washington-directed sanctions regime, will not be drawn into Cold War II as a long list of developing nations was during Cold War I — Cuba, Iran and Guatemala above all, and from there onto Vietnam, Angola, the other Central Americans, the American satellites in East Asia — Japan, South Korea, the Philippines, Indonesia.

With parity comes autonomy, to put this point another way.

The West wants to divide the world once again, and it is building high, thick walls to get this done. If we can’t continue to subjugate them, the policy cliques appear to reason, let’s at least isolate them. It will be interesting — bitterly amusing, even — to see who turns out to be isolated as the West insists once again the twain must not meet.