Nontobeko Hlela sees an urgent imperative in rejecting a Cold War mentality of dividing the world along old acrimonious lines. 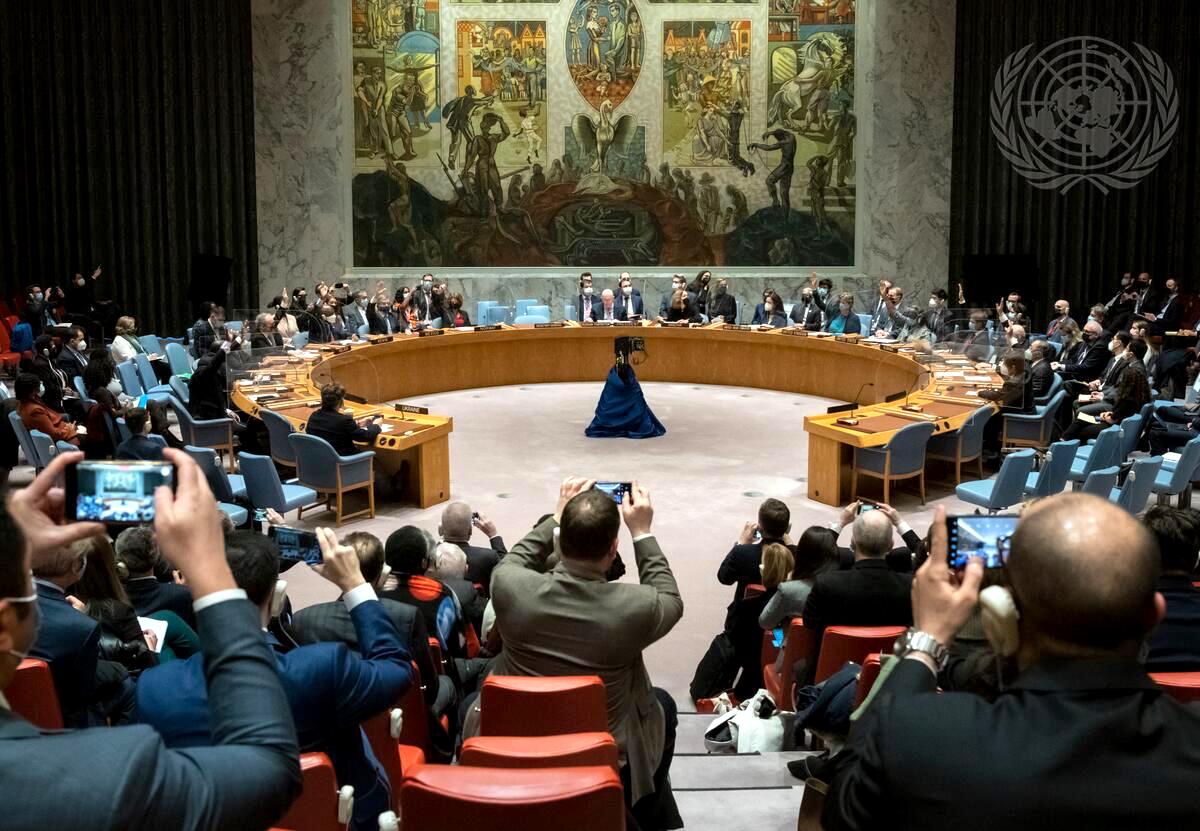 South Africa and other countries that have abstained from voting against Russia at the United Nations General Assembly in response to the war in Ukraine face intense international criticism.

In South Africa, the domestic criticism has been extraordinarily shrill, and often clearly racialized. It is frequently assumed that abstention means that South Africa is in support of the Russian invasion, and this is either due to corrupt relations between Russian and South African elites, or nostalgia for support given to the anti-apartheid struggle by the Soviet Union, or both.

There is seldom any acknowledgment that nonalignment, in this case refusing to be aligned with the United States and its allies or with Russia, can be a principled position, as well as an astute tactical engagement with geopolitical realities.

“the policy of non-alignment with blocs… does not represent ‘neutrality’ or ‘neutralism’; neither does it represent passivity as is sometimes alleged. It represents the positive, active and constructive policy that, as its goal, has collective peace as the foundation of collective security.”

The Global South houses more than 80 percent of the world’s people, yet its countries are systematically excluded from any decision-making in the international organizations that make decisions in the name of the “international community.” 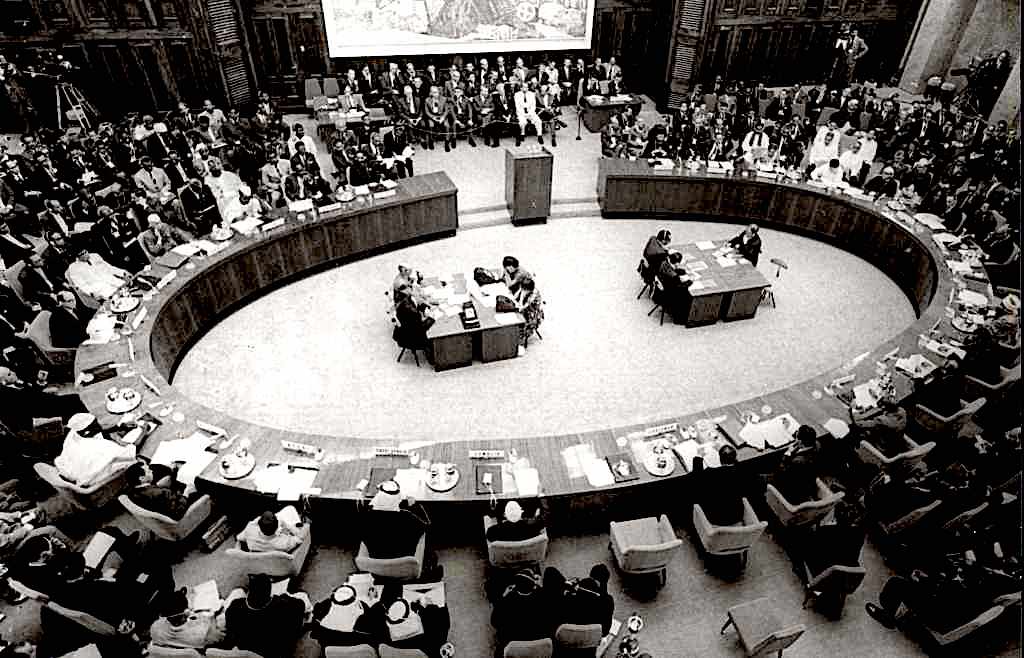 First summit of the Non-Aligned Movement in 1961, in Belgrade. (Museum of Yugoslavia, CC BY-SA 3.0, Wikimedia Commons)

For decades, countries of the Global South have been advocating for the United Nations to be reformed so that it moves away from the zero-sum game of the Cold War mentality that continues to drive it.

“Nothing important can come from the South. History has never been produced in the South. The axis of history starts in Moscow, goes to Bonn, crosses over to Washington, and then goes to Tokyo. What happens in the South is of no importance.”

Jaja Wachuku, then a Nigerian foreign minister, posed a still urgent question to the U.N.’s 18th Session on Sept. 30, 1963:

“Does this Organization want… [the] African States to be just vocal Members, with no right to express their views on any particular matter in important organs of the United Nations…[?] Are we only going to continue to be veranda boys?”

Global South countries are still “veranda boys” watching the adults make the rules and decide on the path that the world must take. They continue to be lectured and chided when they do not do as expected.

It is time for a revitalized Non-Aligned Movement. It will only succeed if the leaders of the countries in the Global South put their egos aside, think strategically on the global scale and put their considerable human capital, natural resources and technological ingenuity to better use.

The Global South has an ascendant China, the second-biggest economy in the world. It has India, one of the leading countries in medical care and technological innovation. Africa is rich with a growing population and the natural resources that are needed for the mushrooming AI and cleaner energy industries.

However, these resources are still extracted for profit to be accumulated in far-off capitals while Africa and much of the Global South remain underdeveloped, with millions still stuck in the desperation of impoverishment.

A renewed NAM has real potential if time is taken to build new institutions and to build buffers against the economic warfare that the United States has been waging against countries like Cuba and Venezuela and is now unleashing on Russia. Financial autonomy is critical.

BRICS (Brazil, Russia, India, China and South Africa) has a bank, and for the 16 nations of the Southern African Development Community (SADC) there is the Development Bank of Southern Africa; yet the reserves of the countries joined to these projects are still kept in the United States or European capitals.

This is the time for leaders within the Global South to wake up and realize that given the type of economic warfare that is currently being let loose on a country like Russia, weaker countries across the Global South have no meaningful autonomy.

This is the time to rethink how we conduct politics, economics and foreign policy when it is clear that the West can decide to decimate entire countries. The economic weapons being built against Russia will be available to be used against other countries that have the temerity not to toe Washington’s line.

BRICS has been disappointing in many respects, but it has opened some space for Global South countries — with their many differences in creed, culture, political and economic systems — to find a way of working together.

The rejection of intense pressure to bend their collective knee at the United Nations Security Council is an encouraging example of the Global South rejecting the assumption that they should remain permanent “veranda boys” (and girls).

As the United States rapidly escalates its new Cold War against Russia and China, and expects other countries to fall in line, there is now an urgent imperative to reject this Cold War mentality of wanting to divide the world along old acrimonious lines. The Global South should reject this view and call for the respect of international law by all countries. It makes a mockery of the concepts of human rights and international law when they are only evoked when it is those countries whom the West dislikes or disagrees with who break them.

Only by standing together and speaking with one voice can the countries of the Global South hope to have any influence in international affairs and not continue to be just rubber-stampers of the positions of the West.

The Non-Aligned Movement needs to be confident and bold and not seek permission from the West. Leaders need to understand that they are there to serve their people and protect their interests and not allow the temptation of being included in the “big boys club” to sway their stance on issues.

They need to constantly keep in mind that they have been kept as “veranda boys” for far too long, and unless they truly take their destiny into their hands, they will forever be at the foot of the table, with their people eating only the scraps from the wealth accumulated by the global economy, much of it from the exploitation of the South.

Nontobeko Hlela was the first secretary (political) at the High Commission of South Africa in Nairobi, Kenya. She currently works as a researcher for the South African office of Tricontinental: Institute for Social Research, a Global South think tank with offices in Johannesburg, South Africa; São Paulo, Brazil; Buenos Aires, Argentina; and New Delhi, India.

This article was produced by the Morning Star and Globetrotter and published on Peoples Dispatch.

← UKRAINE: Czech Progressives Oppose US Military Base
Craig Murray: Donziger — a Tale for Our Times →