Michael Brenner explains why he will abstain from any further writing on the subjects of Ukraine and U.S. relations with Russia, China or the Solomon Islands. 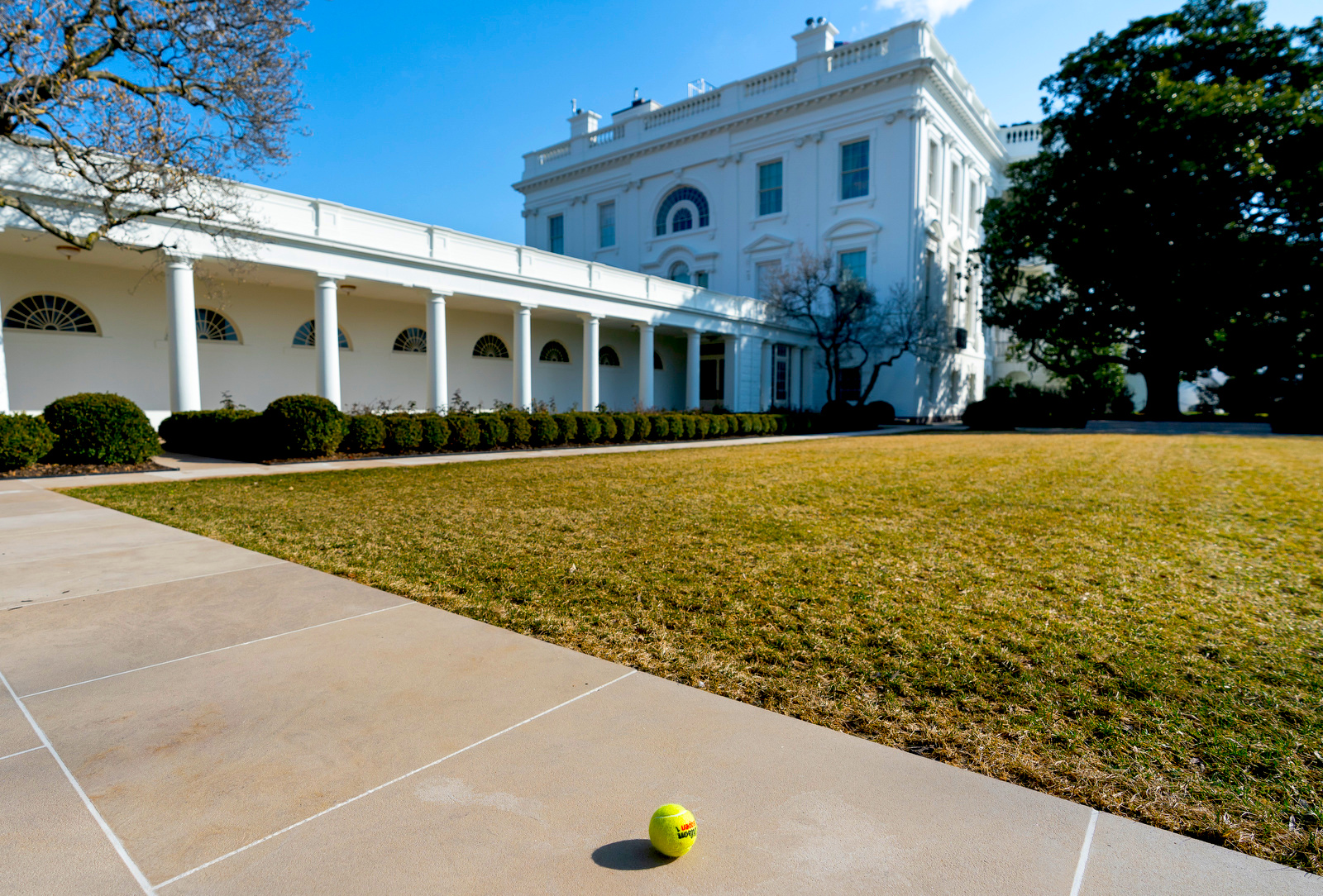 There will be no more from me on the subject of Ukraine; nor on our relations with Russia, China or the Solomon Islands.

There are a number of reasons for this abstention.

First, I’ve said just about everything I have to say about the macro issues and I see no reason either for repetition or examining day-to-day events which others do extremely well. (Moon of Alabama; Alexander Mercouris at YouTube).

Second, it is manifestly obvious that our society is not capable of conducting an honest, logical, reasonably informed discourse on matters of consequence. Instead, we experience fantasy, fabrication, fatuousness and fulmination.  At a more personal level, this impression is reinforced by messages from persons whom I’ve known and respected telling me that I’m in the pay of Russian President Vladimir Putin, “mad,” “too clever by half,” “a Furtwaengler fan” (Netrebko=Furtwaengler=Hitler), a “closet Bolshevik,” a conspiracy monger, “never met a payroll” (? don’t ask me), and/or “crossed a line” — red, amber, green or any other damn color.

Third, it is self-evident that our national leaders, elected or appointed, are equally incapable of sober deliberation, of intellectual honesty (with themselves as well as us), of elementary logic, even of acknowledging factual realities. Consequently, the resulting behavior defies rational analysis. The capstone to these shambles came with U.S. President Joe Biden’s off-the-wall speech on Warsaw and ensuing botched attempt at cleaning up the mess.

Frankly, a president of the United States has to be pretty dim to talk about eliminating the leader of a strong, willful, enemy government. President John F. Kennedy went down that dark tunnel and paid with his life – and Castro didn’t possess 3,800 nuclear warheads (he later had to borrow them from Soviet premier Nikita  Khrushchev). Regime change in Moscow, of course, has been the administration’s goal since Day No. 1; the wet dream of juveniles visualizing cutting the Gordian knot with one magical stroke? But only a reckless and feckless leader broadcasts his intention while visiting his target’s hostile neighbor. So, it was left to our NATO ambassador, then U.S. Secretary of State Antony Blinken, then the State Department’s public relations flack to “walk it back.”

[Related: Biden Confirms Why the US Needed This War]

Habitual use of that moronic term itself is an indicator of our conceit and arrogance. It is not an apology, nor an admission of error. What it really means is: “Look. I slipped up in saying what I really think – maybe jetlag; but now this one is causing me heartburn. So, let’s lighten up and just erase it from memory.”

Yet, you can’t simply erase things like that. People beyond the cowed press corps have heard it — like the guy to whom you passed the black spot. To add to the insult, Biden the next day told us (and “killer/war criminal” Putin) that he didn’t really “walk” it back; rather it was a sort of “stroll back.”

In the course of his stroll, he made a number of pit-stops to emit accusations that the Putin gang in Ukraine were the same Russians who suppressed the Hungarians in 1976, the Czechs in 1968 and the Afghans in the 1980s. It was in their DNA, thereby seconding James Clapper and Wendy Sherman, among others.

Of course, if this impeccable logic were applied to us, he would have to link his government to the Americans who ethnically cleansed the 10 million indigenous peoples from its territory, conquered Mexico and stole half of its territory, caused the death of 400,00 Filipinos who rebelled against the Yankee imperial yoke, fire-bombed Hamburg/ Dresden/Tokyo, nuked Hiroshima and Nagasaki, wreaked death and destruction in Vietnam, financed and supplied “death squads” across Central America, illegally invaded Iraq with the heavy consequences we are still enduring, was an active accomplice in the mass killing of Houthis, committed atrocities at Abu Ghraib, Camp Bucca, Guantanamo and “black sites.”

And, just a few months ago, Biden personally stole outright $ 8billion belonging to the starving Afghans whose country we occupied on the specious grounds that we were escorting them into the land of milk & honey.

This is a record that should counsel caution before throwing around demands for a war crimes trial. Then again, being anointed by heaven as mankind’s savior nation, you need not say “sorry” – or even walk it back. 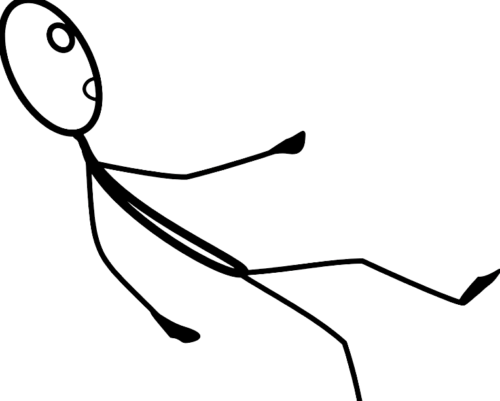 Anyway, back from his stroll Biden was asked whether he had found closure on the “get rid of Putin” affair.  What are you talking about? was his reply. There is nothing to stroll back or correct at any gait.  I stand by what I said in Warsaw:  “Will no one rid me of this troublesome priest!”

To depict accurately this kind of vaudeville, we have to revert to colloquial street vocabulary. To be frank, Biden simply was discovering his inner “jerk.”

That’s a uniquely emotive term with unmatched connotations and imagery. Its synonyms are not “stupid, ignoramus, dimwit, bumbler, fool, tone-deaf.” You can be any or all of those things as well as a jerk — OR not necessarily be a jerk. Moreover, you can be intelligent, informed, well=spoken and either non=jerk or jerk. Examples: the ubiquitous Michael McFaul, Obama’s man in Moscow, is quintessentially of the type — a model by which to measure all others. U.S. Sen. ed Cruz, now auditioning for the position of America’s court jester, is an alternative model for those who prefer to relish their jerks Harvard-educated.

By contrast, Victoria Nuland is a ruthless, mean-spirited, dogmatic, shamelessly impolite ideologue cum provocateur. But she is not a jerk. On the other hand, let’s consider Tony Blinken.  He has great potential and has taken remarkable strides in that direction in the past few months, but perhaps needs a bit more seasoning to establish fully his credentials. Or, make a selection from among the parade of luminaries, wannabes and used-to-be “experts” — in particular, the military/Intelligence ones whose astonishing divorce from reality sheds light on our serial failures in the coercive use of force over the years — who clutter the airways.

(The species jerk is not restricted to the U.S. The spreading of its congenial habitat abroad has seen prime specimens appearing in a number of locations: e.g., U.K. Prime Minister Boris Johnson along with his sidekicks Foreign Minister Liz Truss and Secretary of State for Defence Ben Wallace). 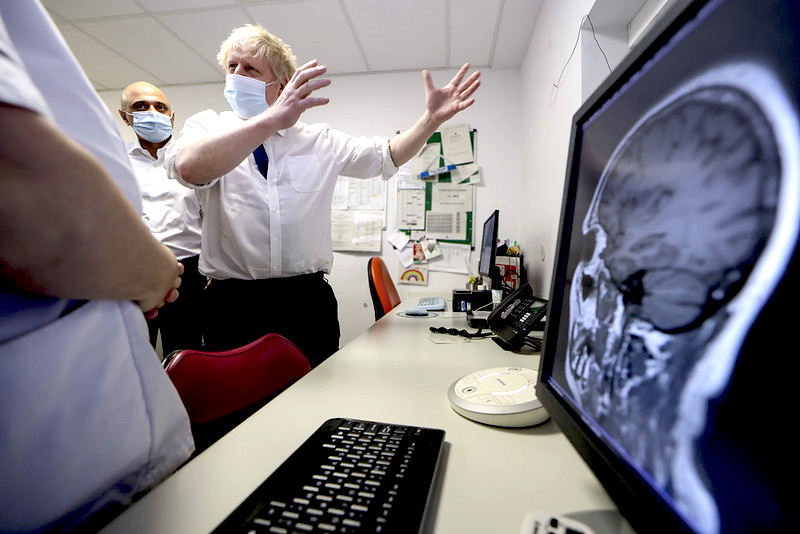 Jerks tend to be erratic in behavior, disjointed in their thinking, highly tolerant of inconsistency, unable to sustain a project and accident prone. They thrive in nihilistic and narcissistic societies like ours where embarrassment doesn’t exist. The jerk has a natural preference for a fluid decision process and ambiguous policy. For that spares him the need to discipline his own thoughts, to systematically weigh choices, and to make commitments to pursue a definite line of action.

Those circumstances, of course, also play to the advantage of those participants who know their mind, have a fixed objective, and are prepared to promote them outside formal deliberations. In a government where the two types predominate like Biden’s, therefore, there is no internal pressure for an already weak president to get a grip and straighten things out.

Example: the day after Biden initiates a cordial telephone conversation with China’s President Xi  Jinping where he expresses the desire to avoid serious conflict and reaffirms U.S. continued commitment to the principle of “One China,” State Department officials meet their Taiwanese counterparts in Vienna to work out new arms sales and the promotion of Taiwan’s membership in specialized U.N. agencies. 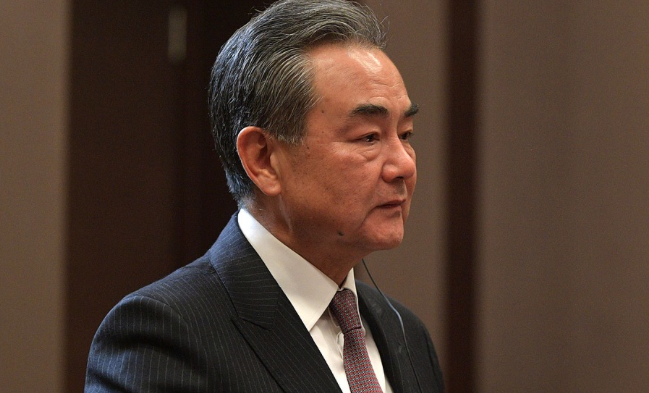 That dissipated whatever trust remained between Beijing and Washington. Yet, senior officials could not see the obvious. A few months later, Blinken and Nuland were asking Foreign Minister Wang Yi to A) cut back on imports of LNG so that more would be available for Germany which had just shut down NORDSTROM II, and B) join the sanctions campaign against its close ally and partner Russia because otherwise the U.S. would get angry.

This after a year of denunciation, sanctions and threats -— including moves encouraging Taiwan independence. Yi, predictably, didn’t mince words in rejecting the American proposals out of hand and took the occasions to treat both to stern lectures about American misdeeds. The general point to make is that the template for defining a jerk includes a disregard for past events and the tenor of past relationships — (s)he experiences life as a series of discrete episodes unencumbered by ‘history.’

This absurd behavior can be understood as a manifestation, at the highest level of American government, of the “I Need, I Want: The World is There to Accommodate Me” attitude that pervades our narcissistic culture. Immature, yet fertile in its production and encouragement of jerks.

The antics of jerks would be entertaining to observe, for those with a sardonic sense of humor anyway, were the circumstances not so perilous. So, trying to analyze the kaleidoscopic conditions they produce is deeply frustrating and dispiriting. I give up. That won’t make any difference one way or the other.  It would allow for a leisured visit to Montevideo to listen to Russian soprano Anna Netrebko sing  Un bel dì, vedremo (One fine day we’ll see.)

Finally, after distributing the above remarks, the question of continuing commentaries may well be moot as the audience melts away like factual reporting in the fevered editorial offices of CNN and The New York Times.