With an eye on Brazil’s upcoming presidential election, Vijay Prashad considers the historical context for the slide toward militarization under Bolsonaro, 58 years ago today since the C.I.A.-organized military coup. 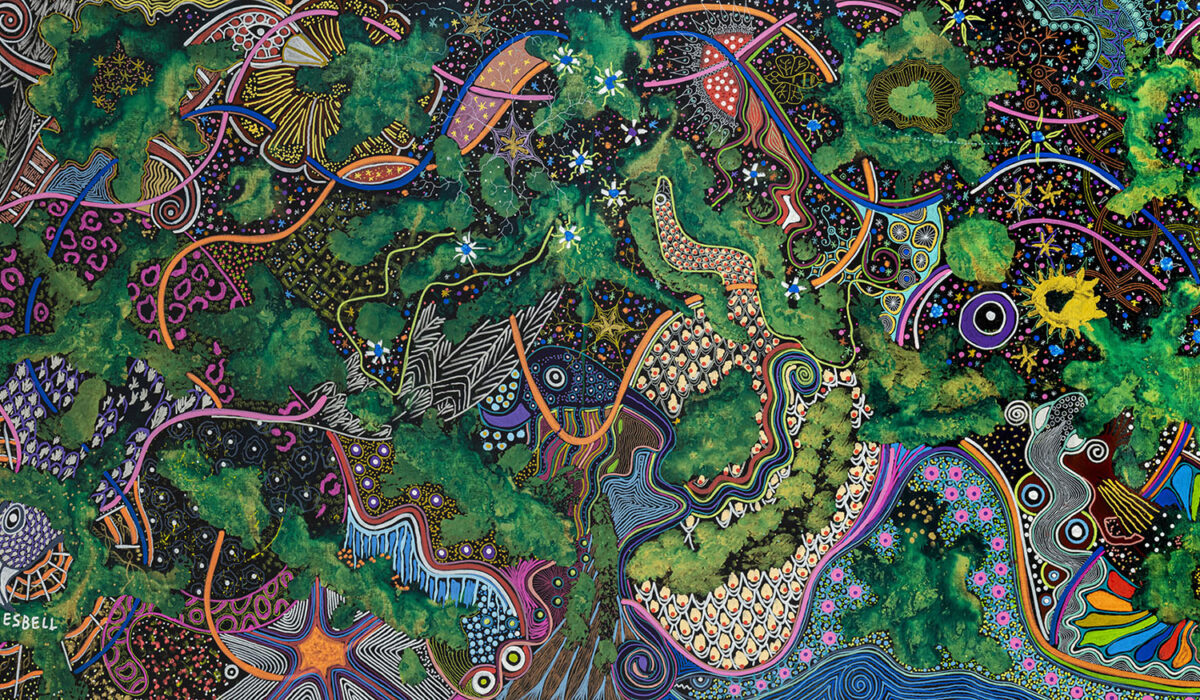 On March 31, 1964, the Brazilian military initiated a coup d’état against the democratically-elected progressive government of President João Goulart. The next day, Goulart was deposed and, 10 days later, the 295 members of the National Congress handed the state over to General Castello Branco and a military junta. The military ruled over Brazil for the next 21 years.

The Brazilian military is an institution with deep roots in society and constitutes the second largest military force in the Americas, after the United States. The 1964 coup was not the first time that the military left the barracks and seized power over the state.

Along with its role in overthrowing the Brazilian Empire (1822–1889), the military entered to remove President Washington Luís in the Revolution of 1930, replacing him with Getúlio Vargas, and then intervening in 1945 to end Vargas’ Estado Novo, also known as the Third Brazilian Republic. The nine presidents who followed in Brazil’s civilian era included one general, Eurico Gaspar Dutra (1946–1951), and the return of Vargas, men in civilian clothes who upheld the interests of the elites and their close allies in the United States.

Goulart attempted to break part of the old compact, driving a social democratic agenda to benefit the Brazilian masses; this irritated the U.S. government which felt that Goulart would deliver Brazil to communism. 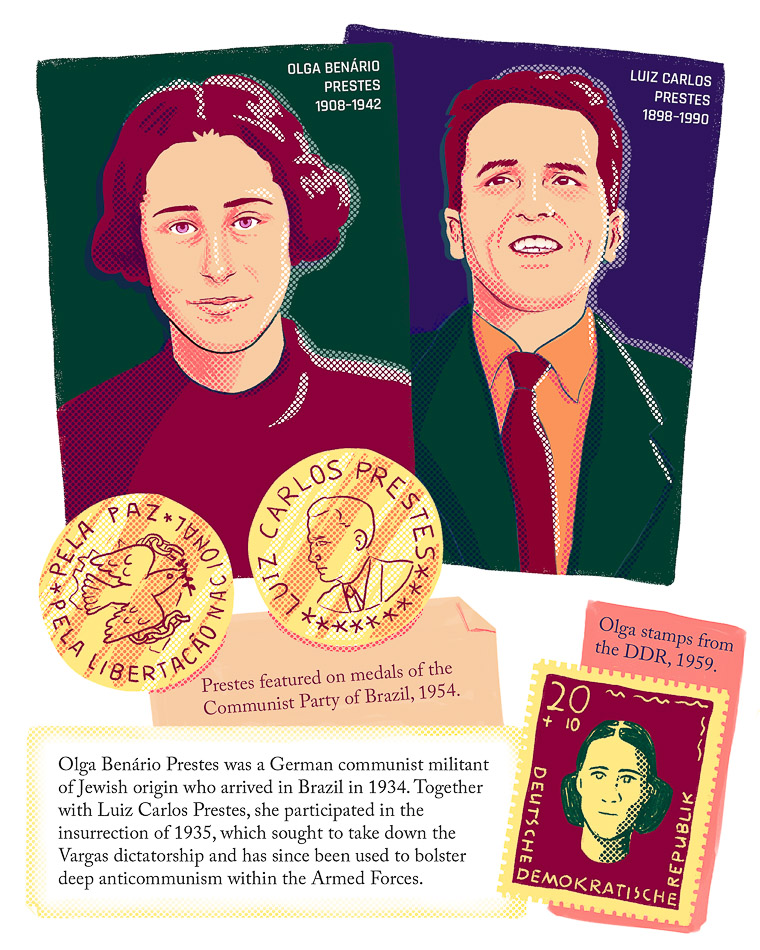 A glance through the archives of the Central Intelligence Agency of the United States shows its deep involvement in the 1964 coup. Less than a year after Goulart took office in September 1961, U.S. President John F. Kennedy met with his adviser Richard Goodwin and U.S. Ambassador to Brazil Lincoln Gordon in July 1962 to discuss their concerns about the Brazilian president.

Gordon told Kennedy and Goodwin that Goulart was seeking to transform the military, having replaced several military commanders and threatening to replace others.

“How far he goes on those changes depends a little bit on the resistance of the military. I think one of our important jobs is to strengthen the spine of the military. To make it clear, discreetly, that we are not necessarily hostile to any kind of military action.”

Why should the United States act against Goulart? “He’s giving the damn country away to…,” Gordon started to say, when Kennedy interrupted him, “Communists.” “The military,” Ambassador Gordon said, “I can see that they are very friendly to us, very anti-Communist, very suspicious of Goulart.”

The coup was part of what the U.S. government called Operation Brother Sam, to ensure Brazil remained pliant to the aims of the multinational corporations. 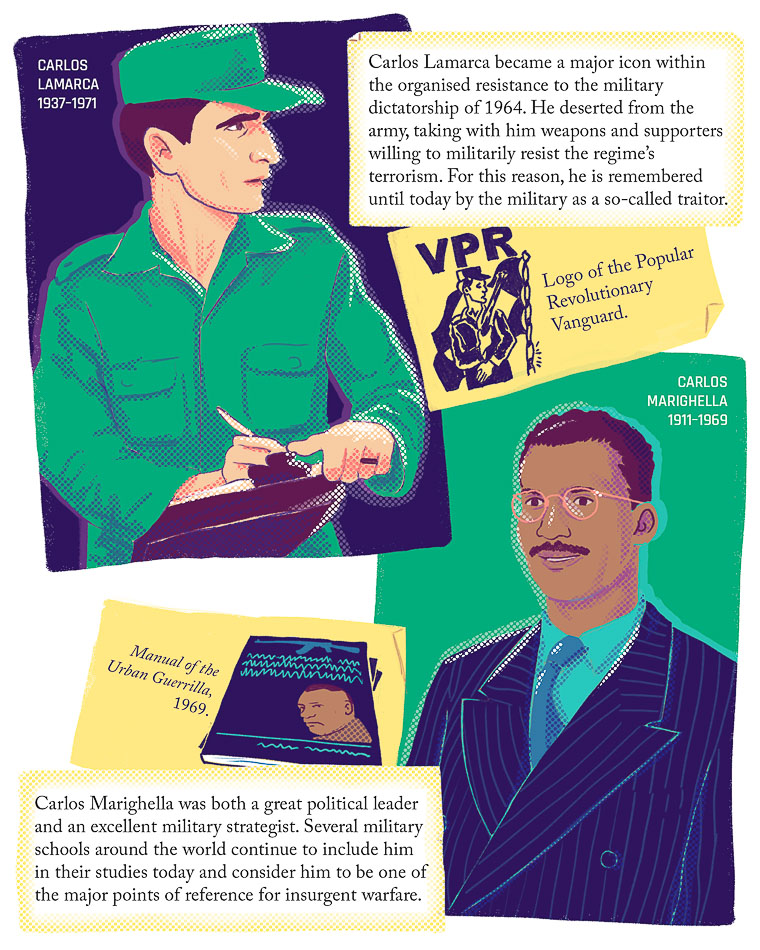 The army generals who ruled Brazil for the following 21 years drew their “geo-strategy” from Brazil’s highest-ranking war college Escola Superior de Guerra (ESG), a perspective founded on the view that the United States and Brazil would jointly control the Americas. The generals opened the doors to the Brazilian economy, welcoming North American banks and mining companies to invest and repatriate their profits (in 1978, 20 percent of Citicorp’s profits were from Brazil, more than it made in the United States).

Concessions to multinational corporations structured the rule of the generals, with wages kept below the growth of labor productivity and inflation climbing from 30 percent (1975) to 109 percent (1980). By 1980, Brazil had the highest level of debt ($55 billion) in the Global South; President João Figueiredo (1979–1985) said that there was “nothing left over for development.”

Mass struggles of workers, students, indigenous communities, religious communities, and a range of other sections of the population pressured the decadent military regime to hand over governmental authority in 1985. However, the transition was carefully managed by the military, which ensured that it did not see any meaningful attrition in its power. The democratic movement pushed back against the rigidities of the Brazilian class structure which had been strengthened by the military and made significant gains, led by the Workers’ Party (1980), the Movement of Landless Rural Workers or MST (1984), and others.

The high point of this democratic movement in the electoral domain were the Workers’ Party presidencies of Lula da Silva and Dilma Rousseff from 2003 to 2016.

During this period, the state drove a massive wealth redistribution program centered around the eradication of hunger and absolute poverty (through the family allowance program Bolsa Família); the enhancement of social security programs; the increase in the minimum wage; the reinvigoration of the health care system; and the democratization of higher education. All of these advances began to be eroded with the U.S.-supported lawfare coup against Dilma in 2016. 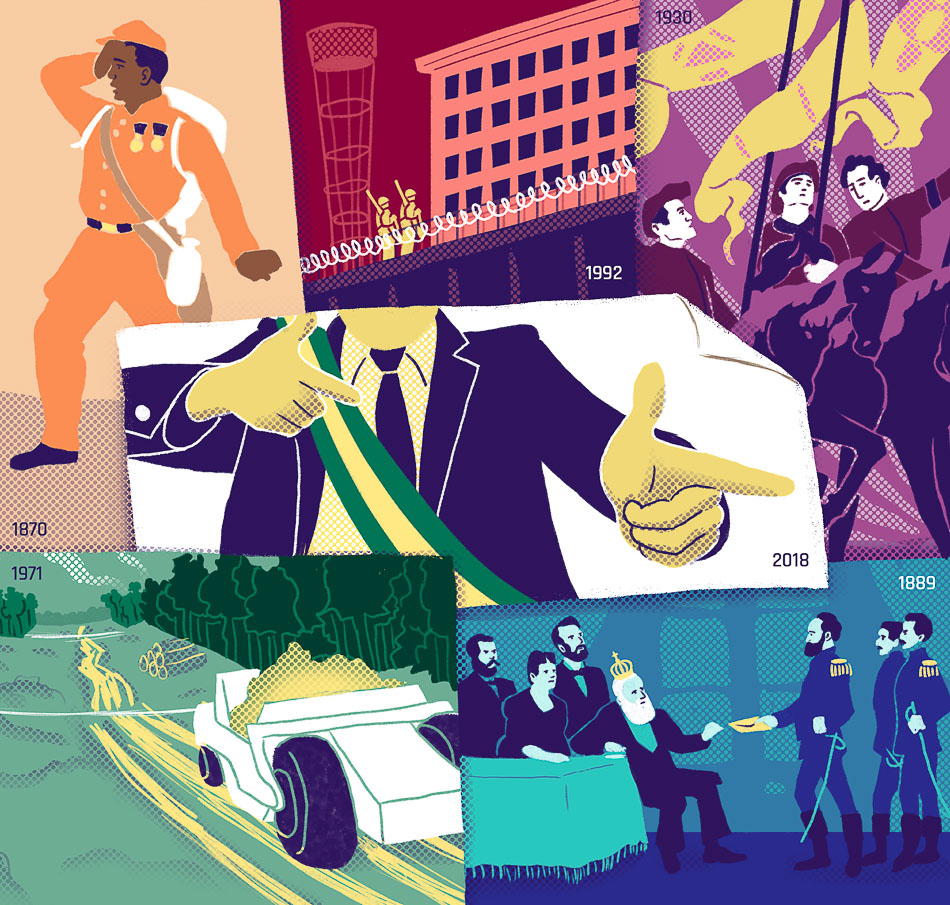 At Tricontinental: Institute for Social Research, our researchers have been carefully examining the role of the Brazilian military in the post-2016 period and, in particular, during the presidency of Jair Bolsonaro.

Not only has Bolsonaro glorified the military dictatorship (1964–1985), but he has effectively built a “Military Party” to govern the country. Our latest publication, “The Military’s Return to Brazilian Politics” (Dossier no. 50, March 2022), closely assesses the militarization of Brazilian politics and society.

The key argument of this dossier is that Brazil’s military has grown, not to confront any external threat, but to deepen the control of Brazil’s oligarchy – and its multinational allies – over society. The armed forces routinely use violence against “internal enemies,” groups which are deeply committed to democratizing Brazil’s society, economy and military.

The coup against Dilma and the lawfare against Lula are part of the gradual attrition of democracy in Brazil and the slide towards militarization. In a few months, Brazil will face an important presidential election.

Current polls show that Lula (40 percent) is ahead of Bolsonaro (30 percent), with the wind behind Lula’s sails. Our dossier attempts to understand the social ground that lies beneath the political debates currently taking place in the country; it is an invitation to a dialogue on the role of the military in public, both within Brazil and globally.

The art in the dossier and in this newsletter, reflects on the argument that Brazil’s armed forces are geared more to internal repression than defense at the country’s borders. That is why the images evoke the brave people who have fought to democratize their country and faced the wrath of the military.

Before he could return to Brazil from exile in Argentina, Goulart died in 1976. Later, high officials in Brazil said that Goulart had been assassinated as part of the U.S. government’s Operation Condor. 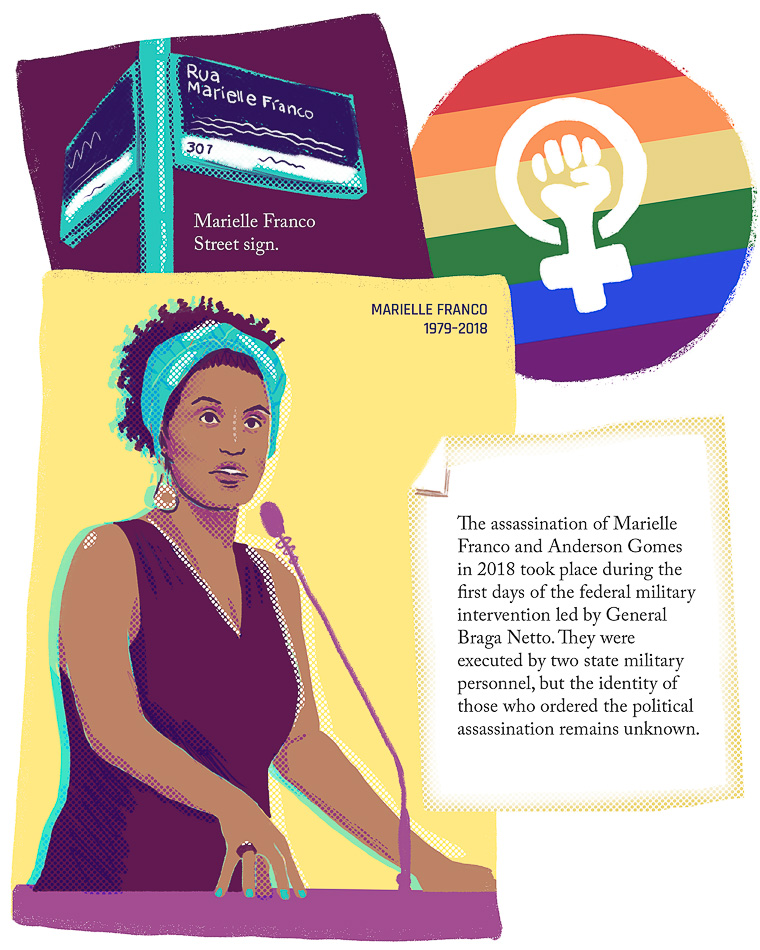 Our dossier ends with the following paragraphs:

“Our past is also a key part of our future; without settling scores with a past marked by slavery and dictatorship, it will not be possible to build a democratic future in which the armed forces are wholly subordinated to the sovereignty of the people and their institutions and are exclusively destined for external defence and no longer used against their own people. This requires confronting the crimes committed during the 1964 dictatorship as well as its authoritarian legacy, which has shaped the state and the political culture up to the present day. Giving new meaning to patriotic symbols, such as the Brazilian flag, should be part of this process.

Lastly, we must resist the idea that preparing for war is necessary for building peace. To the contrary: in order to build peace, the priority must be placed on a program that centers the wellbeing of humankind and the planet by eliminating hunger, guaranteeing safe and secure housing as well as universal, quality health care, and defending the right to a dignified quality of life.”

These words remind us of the words of writers such as the communist poet Ferreira Gullar (1930–2016), whose poetry dreams of a socialist Brazil. In his “No mundo há muitas armadilhas” (“In the world, there are many traps”), published in 1975, Gullar writes:

The star lies
the sea is a sophist. In fact,
humans are tied to life and need to live
humans are hungry
and must eat
humans have children
and need to raise them
In the world, there are many traps and
it is necessary to shatter them.

4 comments for “On Anniversary of US-Brazilian Coup, Military Is Again a Threat”