After a two-year hiatus during the pandemic, hundreds of thousands of people took to the streets across the country to pay homage to the victims of a seven-year dictatorship. 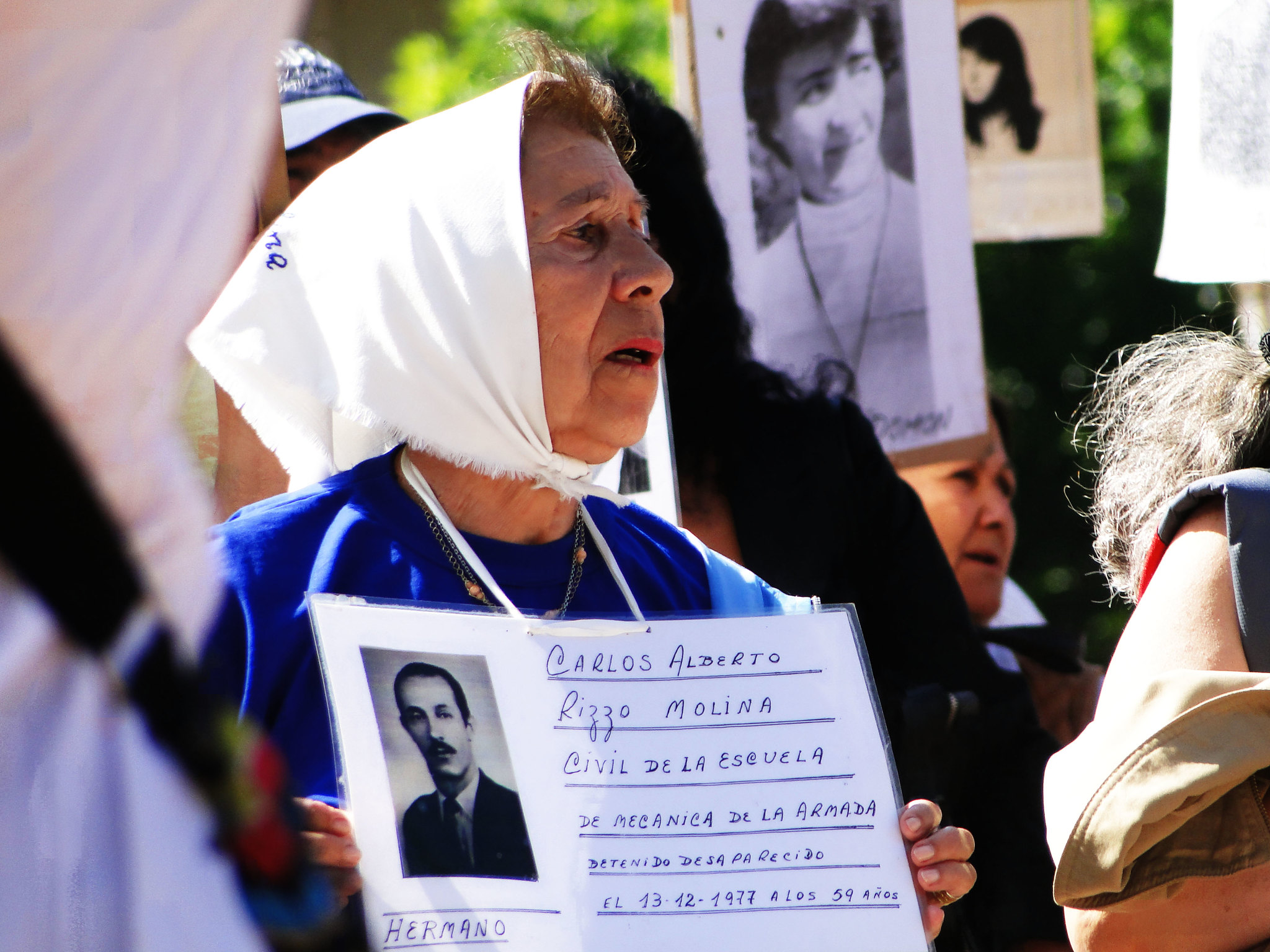 The coup installed the bloodiest dictatorship in the history of the country, led by the junta of General Jorge Rafael Videla, Admiral Emilio Eduardo Massera, Brigadier-General Orlando Ramón Agosti and Gen. Leopoldo Galtieri from March 1976-December 1983. The dictatorship period was marked by state terrorism and grave human rights violations.

During over seven years of dictatorship, Argentine security forces, along with right-wing death squads such as Triple A, hunted down anyone believed to be associated with socialism, left-wing Peronism, or the Montoneros movement.

It is estimated that over 30,000 students, activists, trade unionists, writers, journalists, artists and any citizens suspected of being left-wing activists were kidnapped, tortured and disappeared. The military junta silenced any political or ideological dissidents, even those seen as antithetical to its neoliberal economic policies.

The armed forces even seized their property and their babies. According to available data, around 500 children, who were detained with their militant parents or born in captivity, were appropriated as war trophies by the repressive forces and handed over to military families, sold or abandoned in state institutions. 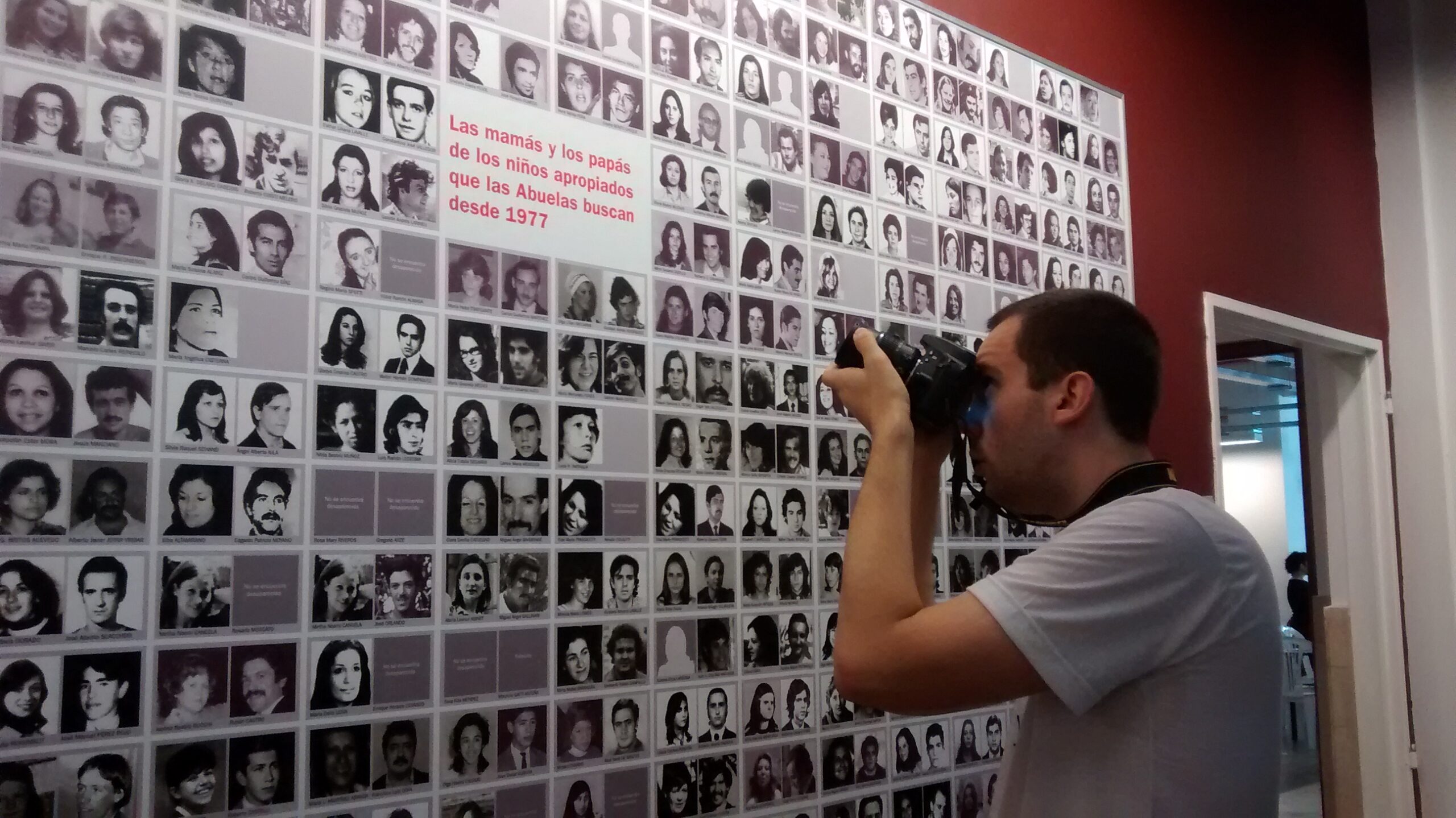 Collections of photos from families whose children and grandchildren had disappeared. The sign reads: “The mothers and fathers of the stolen children for whom the Grandmothers have been searching since 1977.” (Giselle Bordoy WMAR, CC BY-SA 4.0, Wikimedia Commons)

In the years following the return of democracy, government authorities took some steps in order to honor the victims and ensure that those horrible times are never repeated.

In 2002, the Argentine Congress declared that this tragic day would be remembered as the National Day of Remembrance for Truth and Justice, with the purpose of making it a day of reflection on recent history. In 2006, it was declared a public national holiday in Argentina.

For over three decades, every year, on March 24, hundreds of thousands of citizens, relatives of the disappeared people, members of social movements, human rights organizations and left-wing political parties march to the Plaza de Mayo in the capital Buenos Aires to commemorate the victims of the last dictatorship and demand justice for the crimes against humanity committed by the state during that period. 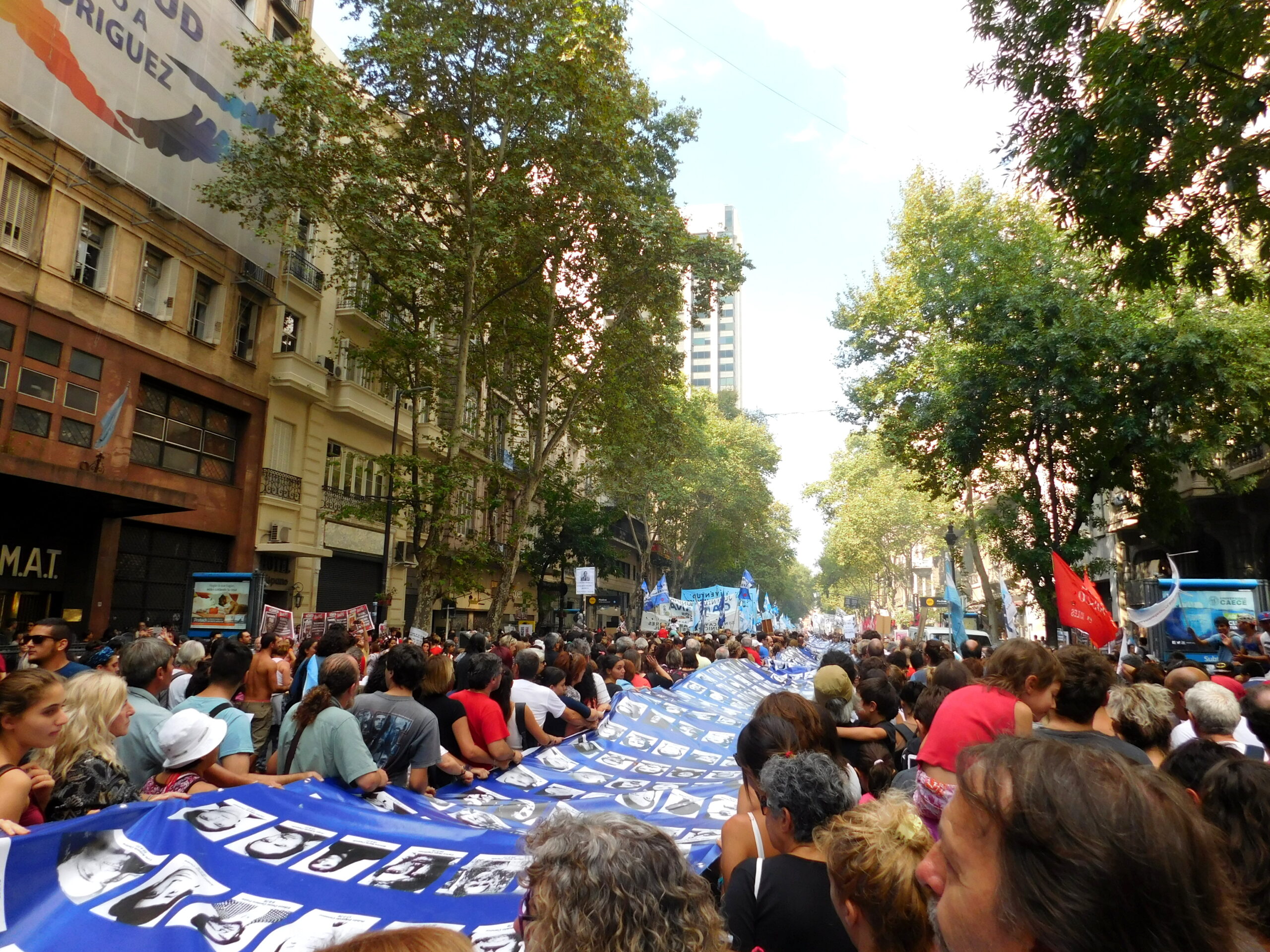 Memory Day 2016 in Buenos Aires, people carry a flag with images of those who disappeared after the 1976 coup. (Banfield, CC BY-SA 2.5, Wikimedia Commons)

This March 24, after a pause of two years due to the Covid-19 pandemic, once again, hundreds of thousands of Argentines took to the streets across the country to pay homage to the victims and their revolutionary spirit.

In Buenos Aires, wearing white scarfs, shouting “memory, truth and justice,” members and sympathizers of the Mothers of Plaza de Mayo and the Grandmothers of Plaza de Mayo, the human rights organizations that have been at the forefront of the struggle to justice for and truth about their disappeared relatives, marched from 9 Julio Avenue to Plaza de Mayo, carrying a large flag with the photos of the 30,000 victims. Over one hundred thousand people flooded the plaza and surrounding streets.

Massive demonstrations and marches were held in the cities such as Santa Fe, Rosario, Salta, Cordoba, Tucumán, Neuquén, among others.

“After two years, we met again at the March 24 march. We embrace our Grandmothers and Mothers of Plaza de Mayo and, one more year, we reaffirm the fight for memory, truth and justice.”

“Forty-six years after the genocidal coup, and two years after taking care of ourselves, we march again to the Plaza de Mayo, our Plaza, as it is being done today throughout the country. Once again, we arrive with the photos of those who were victims of the genocide. Their absences continue to hurt us, but we bring high their flags, their faces, their names, their stories, their lives, their militancy, and we make them present,” said Cortiñas.

She stressed that “they are present because we have never abandoned our fight against impunity. The annulment of the full stop and due obedience laws allowed the times of justice to return,” and recalled that “16 years of effective trials for crimes against humanity with 1,058 convicted is an achievement that we must never minimize.”

At the same time, Cortiñas said that “we are concerned about the increase in benefits granted to convicts and detainees with preventive prisons,” and highlighted that “currently, 579 have the benefit of house arrest. Of the total number of people investigated at this time, there are 764 people in detention, while 1,532 remain free.”

She emphasized that “it is necessary that the appointment of judges be resolved urgently; that resources be strengthened to deepen the investigative work in the investigation stage; that the gender and diversity perspective be incorporated into the judicial view; that the orality stage be accelerated by adding days of hearings; that the endless times in the recursive routes before Cassation and the Court end.”

Norita concluded the speech by stating that:

“We, the people, are the strength of the struggles that were born in this country to make it fair, free and supportive. We are the identity of a nation that continues to build Memory, Truth and Justice, that defends sovereignty and independence. We will not allow any damage to democracy. Since we recovered it, the people will take care of it forever.”

Tanya Wadhwa is a writer for People’s Dispatch.

← On Anniversary of US-Brazilian Coup, Military Is Again a Threat
Ukraine: Transfer of Power Balance from West to East →