Diplomacy is an essential skill in the century swiftly taking shape around us, but we find that hurling playground insults at the leader of another nation has become normal in post-9/11 Washington. 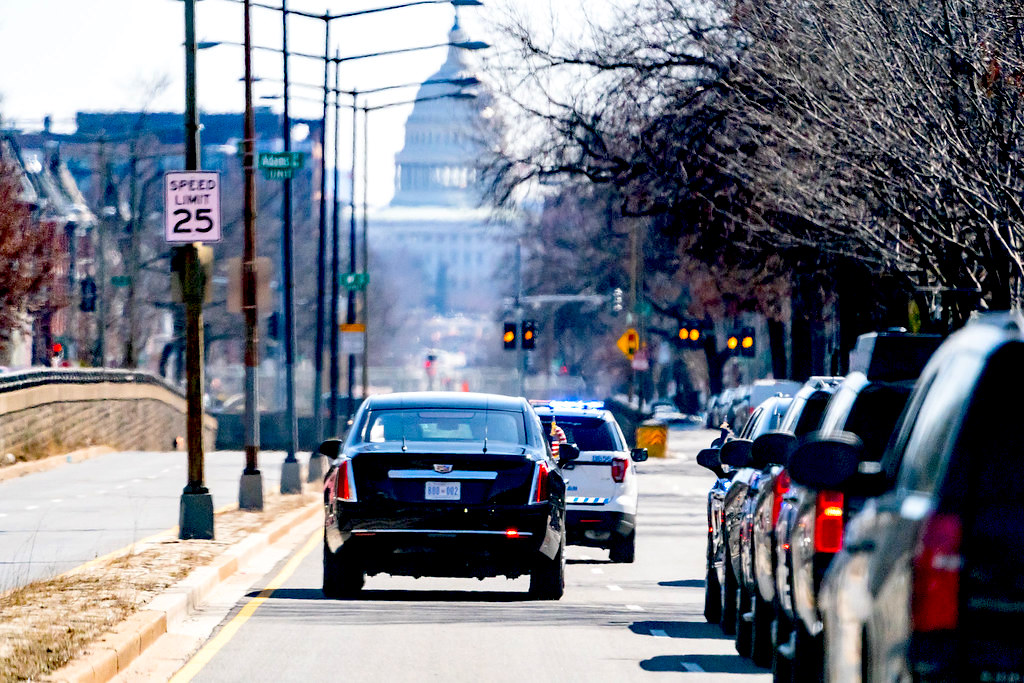 It’s getting downright difficult to keep track of all the epithets American statesmen, stateswomen, political leaders and legislators use to tell us just who Vladimir Putin is — and with what bottomless contempt we should regard the Russian president.

I long for the days when he was simply “Hitler.” Such as when Hillary Clinton compared him with der Führer after Moscow re-annexed Crimea in response to the coup the U.S. had just engineered in Kiev. That was back in 2014. There were few complications then: All we needed to do was hate him.

Now the names we have for Putin roll around among like pinballs.  “Hitler” has fallen somewhat out of fashion, the hyperbole having proven too silly, or maybe because NATO is now arming a Nazi-infested regime.

He’s all sorts of other things too, keeping us well on the side of repugnance and hostility, and safely away from a serious, adult understanding of the man, the nation and what the man and the nation are doing — in Ukraine and elsewhere.

In an encounter with reporters last week, President Joe Biden described the Russian leader as “a war criminal.”  This came as demands for direct U.S. intervention in Ukraine grow shriller. You have to love The New York Times, and especially its national-security clerk, David Sanger. He added that Biden “was speaking from the heart, his aides said.” A man of humane passions, our president.

You would have thought “war criminal” was enough, but no. Biden went on to call Putin “a murderous dictator, a pure thug.” Our Times reporter, who operates far too close to the spooks in my professional judgment, then explained, in case we missed it: “Mr. Biden and his top aides frame Mr. Putin as a pariah, an indiscriminate killer who should be standing trial at The Hague.”

See what I mean? You can’t keep track of this stuff. Making matters worse, there are numerous other people just like Putin, our guardians in Washington want us to know. Bashar al–Assad is also Hitler, a thug, a war criminal and a pariah. Nicolás Maduro can’t be a war criminal because he wages no war, but the Venezuelan president is absolutely a thug, a dictator and Hitler.

There are consequential things to think about here. A friend the other day emailed me a link to a story he wanted me to read. His subject line was: “American Infantilism.” I’m stealing the phrase. This is what we have to think about.

Straight off the top there’s the question of statesmanship. When those purporting to serve as America’s statesmen and stateswomen think calling other world leaders names is properly part of the diplomatic repertoire — a prominent part, I’ll add — we are left with only one conclusion: The U.S. has no one capable of sailing its ship of state, no one in a position of influence worthy of the title “diplomat.”

To qualify it, I’m certain there are plenty of mid-level people trained in the foreign service now in mid-level positions at the State Department. But they do not count, by and large, because what passes for diplomacy in Washington is driven not by skill, experience or subtle intelligence but by fidelity to American ideology and a nose for what plays in Peoria.

Over the weekend I found myself thinking about FDR. I thought about Roosevelt in that famous photograph with Churchill and Stalin at the Yalta Conference. There they are in their overcoats against the cold of February 1945 (FDR in a dashing cape). Then I thought about Biden and his nonsense name-calling and his refusal to even consider an encounter with Putin at this crucial moment. 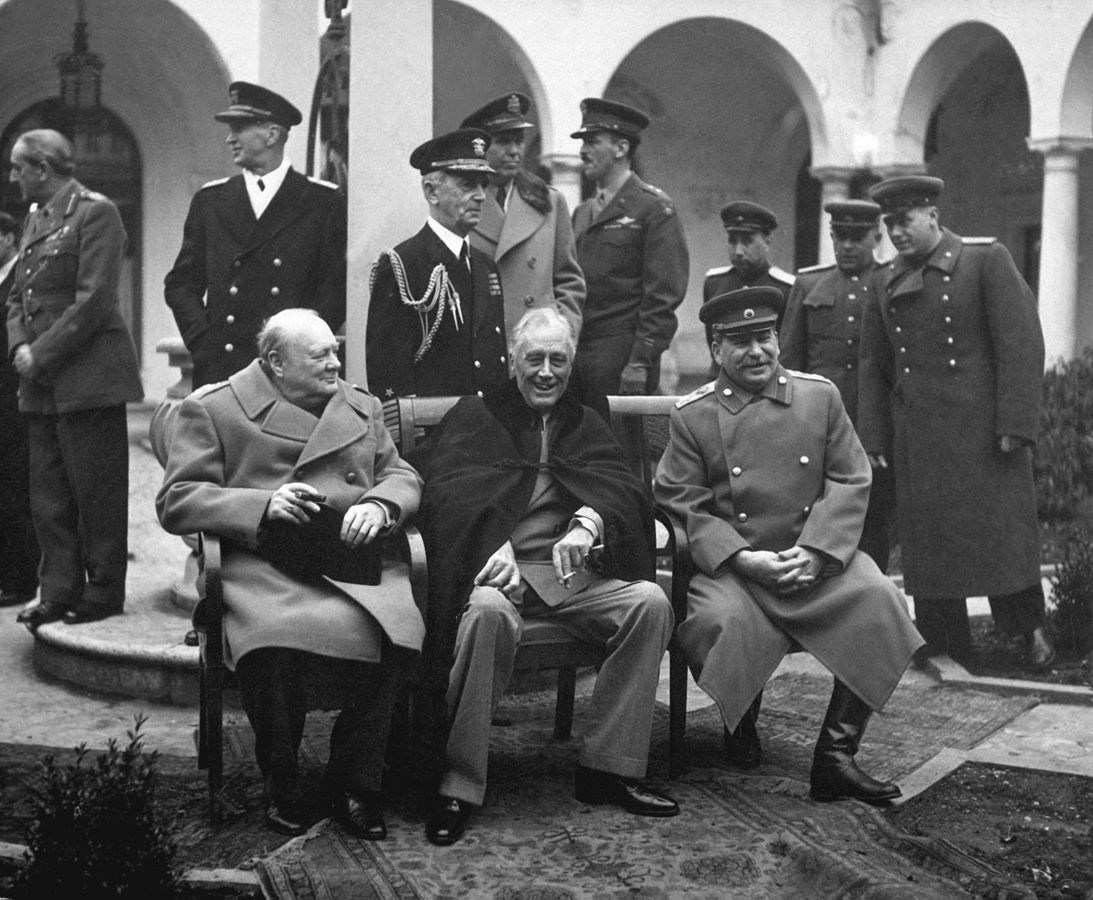 I had choice between laughing or the other emotion.

It’s simply not easy to find truly good diplomats in the post–1945 annals of the American Foreign Service. I am talking about people who understand that one of the primary responsibilities of a diplomat is to understand how those on the other side of the table think and see things, what the other side wants and why.

Here’s why they don’t exist anymore: Simply stated, power obviates the need for serious statecraft. The powerful nation has no need of diplomacy. A figure such as George Kennan was the exception proving the rule, and he was an exception because he saw the need to understand how the world looked to the Soviet Union. Henry Kissinger proved the rule: For all his claim to diplomatic skill, Hank K. was a wielder of American power with a calculating mind, nothing more.

We should consider when, precisely, calling other leaders names became an accepted feature of American “statecraft” (and I insist on the quotation marks.) When, why, and what are the consequences of this undignified practice?

I date this phenomenon to the events of Sept. 11, 2001. The lineup of secretaries of state and senior diplomats prior to the attacks in New York and Washington is other than brilliant, but it was by and large accepted that talking to one’s adversaries was at least as important (and often more so) as talking to one’s friends. It was the Bush II regime, with all its kooky ideologues in positions they never should have gotten near, that declared: “We don’t negotiate with our enemies.”

This pronouncement was advanced, if you recall, as if it were a sound, baseline rule of wise statesmanship. There were corollaries. Diplomatic contacts with those deemed enemies would “give them credibility.” At the outside there was Richard Perle’s infamous dictum. Perle, one of Bush II’s intellectual ornaments, urged “decontextualization”: We must not put things in context lest we understand them. Instead, we must be confined to reaction (in both senses of the term).

Responses to the events of 2001 bear careful interpretation. The all-but-stated assertion is America would not any longer take interest in other people and their perspectives. The American way of defining the world was the only acceptable way. Nothing else need be considered. This is how empires conduct themselves when aware of their vulnerability as the Sept. 11 attacks forced Washington onto its back foot. 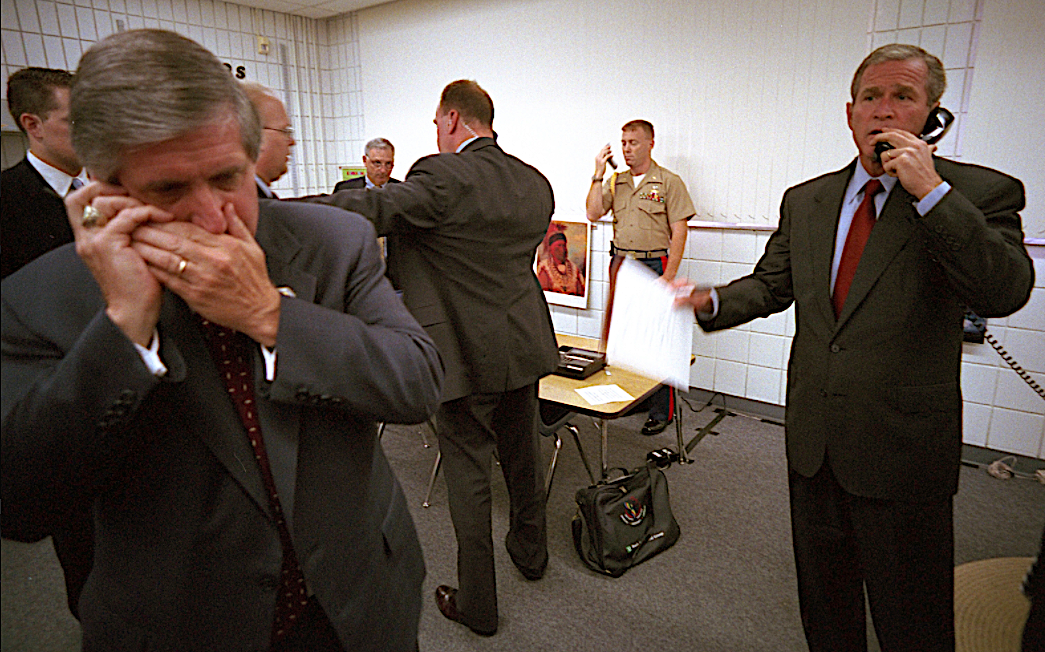 Is there much distance between decontextualization and the we-don’t-negotiate-with-enemies bit plus “he’s Hitler, he’s a thug, a dictator, a criminal”? I see none.  In this way, all post–2001 U.S. administrations descend from George W. Bush — characteristic of late-empire regimes.

One can argue the Obama administration was an exception, but I don’t buy it. At bottom, Barack Obama’s perspective on the world and America’s place in it was no different from that of any other post–2001 president’s. He tinkered with methods of American power — fewer invasions (except Libya), more drones, a veneer of diplomacy — to obscure continued reliance on power alone and indifference to other people’s rights, views and interests.

Look where this has landed us. Every time I hear Biden call Putin or some other world leader, not to Washington’s liking, a name out of the American inventory of epithets it is a reminder of how grotesquely U.S. “statecraft” has been infantilized. We cannot be surprised. How much distance is there between the infantilization of the American public and the infantilization of the post–2001 excuse for diplomacy?

It’s the Peoria problem. One of the weirder practices of Americans posing as statesmen is when they address foreign officials in third-grade English. They are primarily concerned with appealing to a domestic public they have long ago treated as third-graders.

Infantile imperialism: Have we invented it over the past 21 years?

Americans post–2001 live in a state of intellectual isolation so pervasive most are not aware of it. Name-calling, as a third-grade symptom of the anxiety and insecurity of the past two decades, is a way of expressing patriotism (a comforting euphemism for nationalism). America is left utterly incapable of imagining — to say nothing of creating — new possibilities in a new, multipolar world.

Diplomacy is an essential skill in the century swiftly taking shape around us.  But every time Biden or another American “leader” hurls one of their playground insults at the leader of another nation, (Putin as the Beelzebub du jour) they are reminding us: There will be no diplomacy emanating from Washington because they have no idea how to conduct it.

Power and coercion are all they know.

← Caitlin Johnstone: The Jaw-Dropping Power of US Propaganda
A Period of Great Tectonic Shifts →