Lawrence Davidson examines how indoctrination from previous eras is being resurrected around two crises — U.S. curricula and foreign policy — with debate raging around one and largely absent from the other. 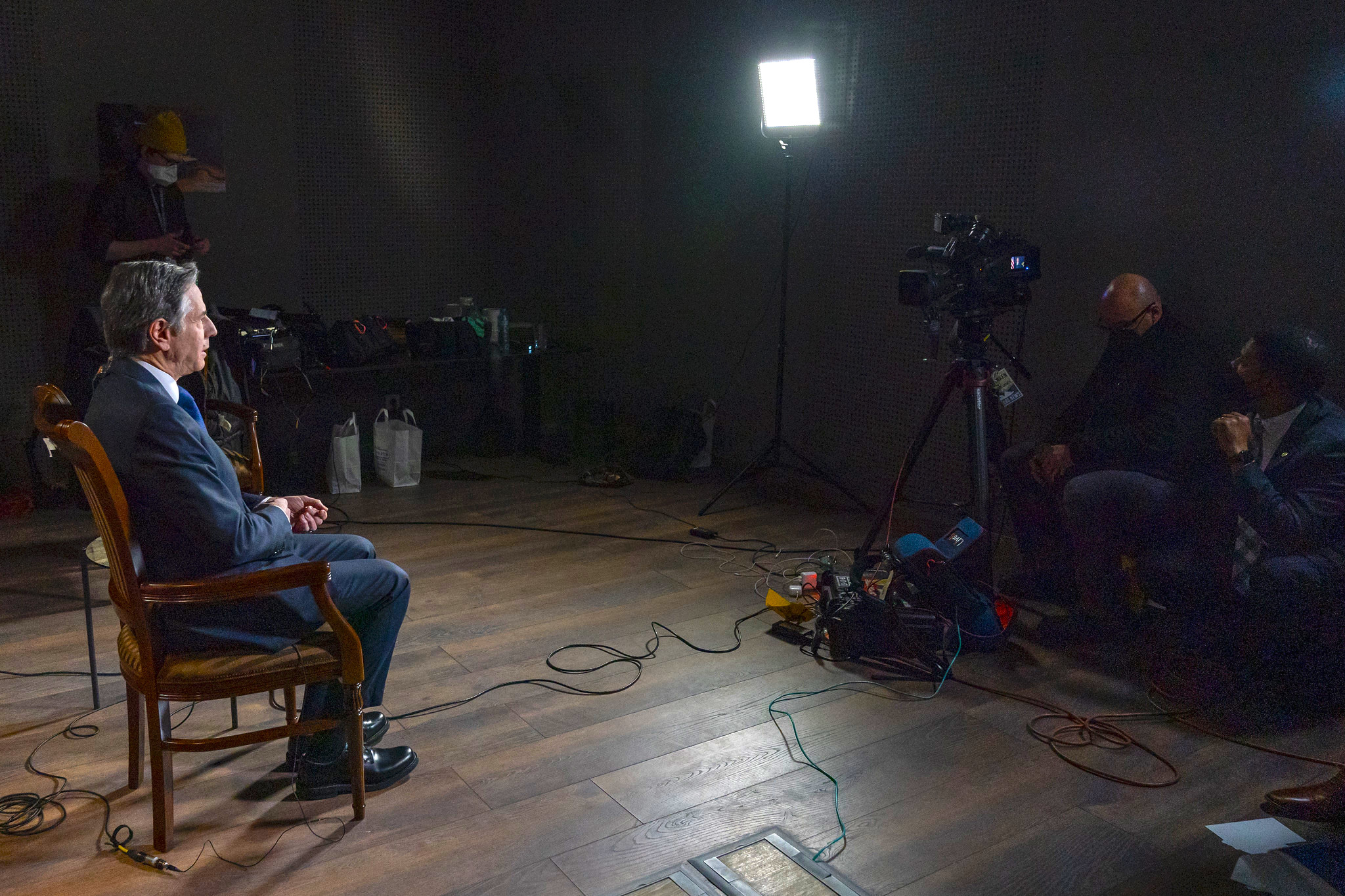 At the present moment in the United States, this is exemplified by popular responses to two crises. The first involves a majority of U.S. states that are seeking to use political power to control how their past is officially taught and interpreted. This is being done with the hope of forging a unified view among future citizenry — one that returns to perceptions of U.S. history, race and gender characteristic of a time before the civil rights movement of the late 1950s and 1960s. This mindset accepts segregation and discrimination based on race, gender, sexual orientation and the like as reflections of acceptable traditional values.

The second crisis involves the revival of Cold War perceptions to shape the present and future U.S. public views concerning Russia and Ukraine. Here, the proffered story is of a bipolar world — one side, led by the United States, is allegedly a “free world” and the other side, led by Russia, is a hostile, dictatorial and expansionist world. These perceptions are characteristic of the time prior to 1989 and the collapse of the Soviet Union. It would seem this past point of view, like the domestic mindset mentioned above, never went away but only retreated. In this way, past manipulated mindsets reemerge into the present when circumstances are right, and threaten to ideologically skew the future.

Let’s examine these two crises beginning with the efforts of the American states.

On the Domestic Scene 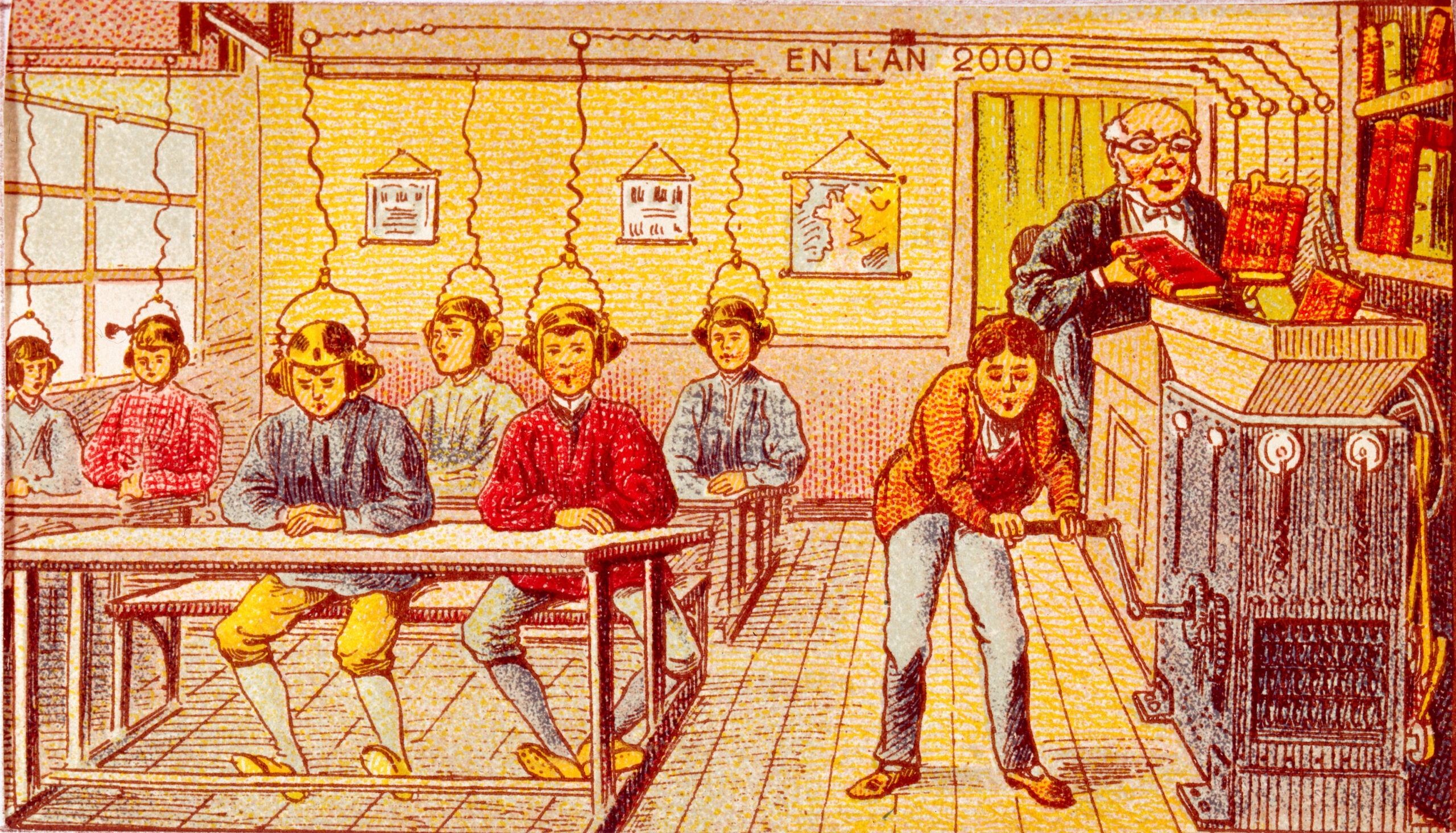 A revealing Portside article of Feb. 14 describes how 36 American states either have or are seeking to pass laws that censor the teaching of both local and national history so as to tell a traditional, Eurocentric story. This effort seeks to deny the demonstrable facts about the role racism has played in shaping social and economic development since the nation’s inception. Against this trend, 17 U.S. states have moved to officially expand their history and social studies curriculum to make it more racially and class inclusive. [In a few states both types of effort are underway.]

We should state clearly that the teaching of such a culturally approved official history has always been pursued in the United States, and is indeed not just an American tactic. It is a ubiquitous practice in much of the world. As public education evolved in the American colonies during the 19th century, it had specific goals: (1) to make the young as literate and skilled as necessary for an evolving capitalist economy and (2) to teach political loyalty. If in this effort there was any reference to or concern for “the truth,” it was allegedly to be represented by the daily repetition of the Lord’s Prayer and the Pledge of Allegiance.

In the case of the United States, this two-pronged purpose for public schools came to be safeguarded by indoctrinated citizens themselves sitting on state and local boards of education. It is they who began the censorship of school textbooks and libraries, minimizing uncomfortable and “divisive” topics such as slavery, lynching, systematic discrimination against non-white peoples, the genocidal attack on native peoples, and the history of labor struggles and unionization. The success of this censored teaching is the reason the history of non-white Americans is so often left out of the curriculum.

It has only been in the last 50 or so years, beginning with the civil rights movement, that this treatment of U.S. history has been challenged. If the 17 U.S. states expanding their curriculum to make it more racially and class inclusive are an expression of that challenge, the 36 states seeking to increase censorship are part of the reactionary response to progressive actions ranging from Affirmative Action to Black Lives Matter.

Most recently there is the exaggerated response to Critical Race Theory — a largely academic investigation of the role of institutionalized white racism in American history. It should be noted that these efforts at censorship now go hand in hand with the wave of voter suppression laws promoted by the same rightwing political forces.

As of now, the national organizations that represent U.S. teachers, the National Education Association (NEA) and the American Federation of Teachers (AFT), both shaped by the past few decades of progressive change, stand against the conservative, reactionary effort to turn the clock back. As AFT President Randi Weingarten put it, the organization stands against the “culture warriors” who “are bullying teachers and trying to stop us from teaching students accurate history.”

However, reactionary state legislatures and fanatical parents have the ability to intimidate more than just teachers. They can scare and manipulate school administrators who hire and fire teachers. If the legislators of those 36 states noted above hold their positions through multiple elections and stay their reactionary course, they can repopulate public schools with teachers of their own persuasion.

In other words, assuming the present politicians can keep their elected positions, rightwing propaganda will be used to control present education long enough to shape how the past is taught and interpreted. This will impact the future in a sort of circular process that will go on until the thought police are removed from positions of authority. 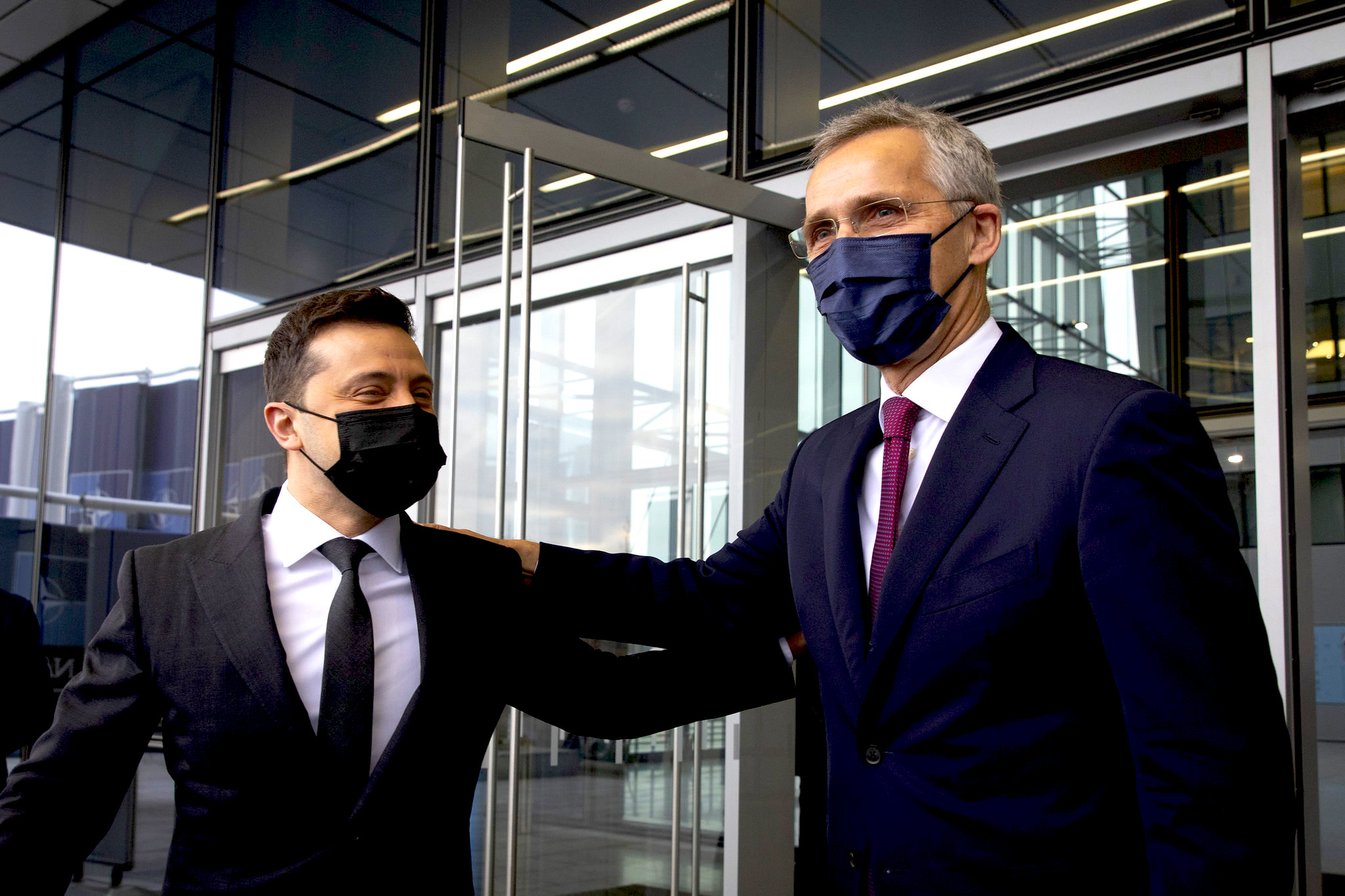 The same process of resurrecting a traditional mindset is now taking place in the area of foreign policy. Here the traditional worldview is represented by Cold War tropes resurrecting Russia as Europe’s perennial bad guy. In this case it is not rightwing reactionaries who are the driving force. Rather it is the centrist Democrats, heirs of Cold War thinking, who interpret present-day events in Eastern Europe in terms of an ideologically colored pre-1989 past.

The current trouble centers on Ukraine and its ambition to join North Atlantic Treaty Alliance (NATO). If Ukraine had done so, Russia’s southwestern border would have been in the hands of a hostile Western alliance. The Russians initially approached this dilemma in a peaceful manner. Moscow approached the West and demanded a security treaty that would have halted the eastward expansion of NATO and ended any speculation about Ukraine joining that alliance. However, the U.S. and NATO refused to consider such a treaty and thus considerably narrowed Russian options.

Russia’s bid for a security treaty had solid historical reasons behind it. I laid these reasons out in my analysis Russia Reacts to NATO and History on Jan. 20. These historical facts had long ago been deleted from the Western Cold War storyline that depicted the Soviet Union as ideologically driven to imperial expansion. This traditional interpretation of Russian motives, only partially papered over since 1989, has now been resurrected.

For instance, President Joe Biden has accused President Vladimir Putin of wanting to “re-establish the Soviet Union.” A more realistic interpretation of the present would suggest that by refusing to negotiate a limit on NATO expansion eastward and declaring that NATO would remain open to the possibility of Ukrainian membership, Western leaders forced Russia to take action against Ukraine. 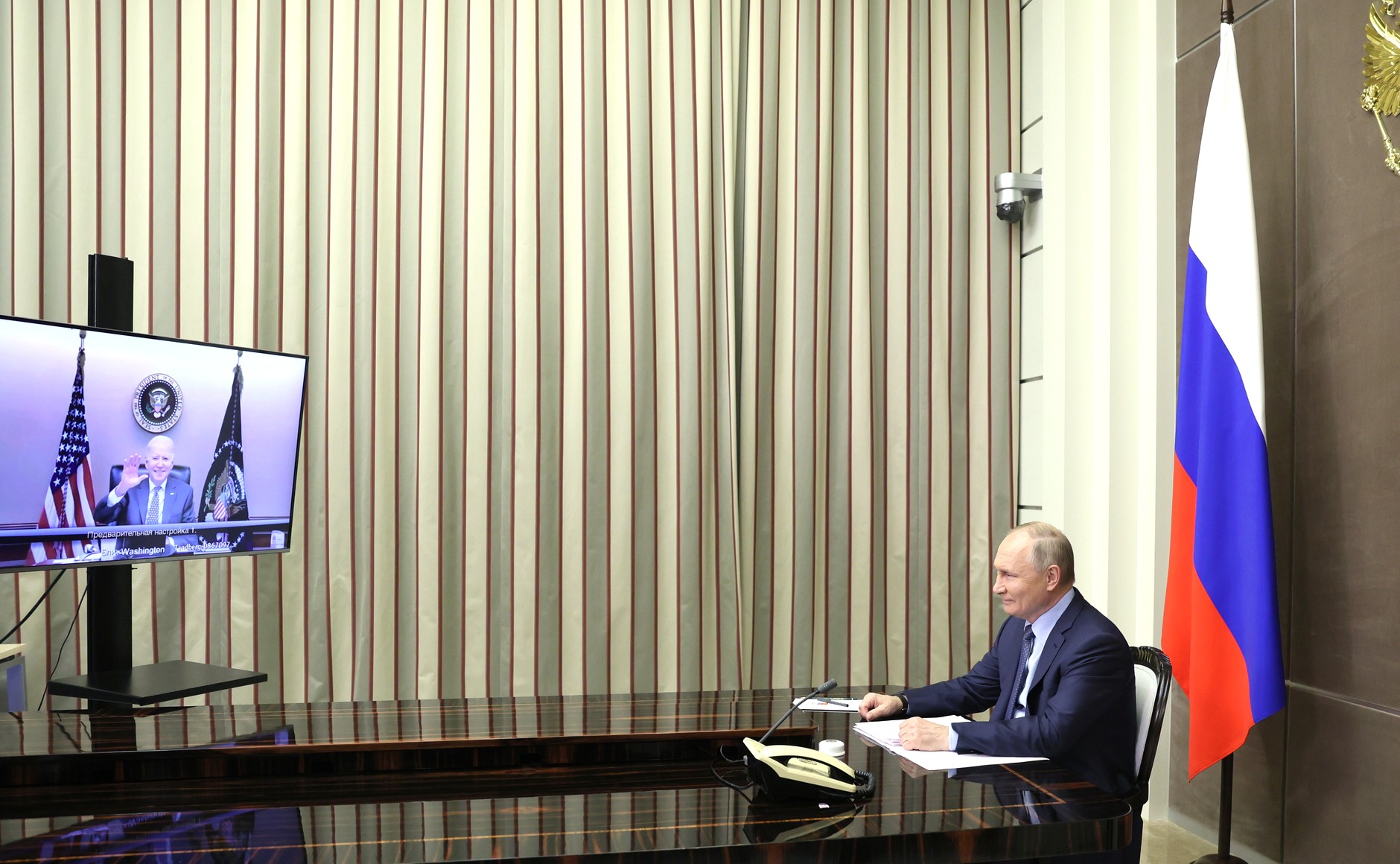 In other words, the past in the form of years of post-World War II anti-Soviet propaganda now shapes present perceptions and has assured a violent future for Ukraine. This same propaganda has been censored to hide the hypocritical nature of the U.S. position on the present crisis.

Consider the following facts so often censored out of popular perceptions: MSNBC host Medhi Hasan noted in an on the air monologue, “The United States would have ‘more credibility’ to condemn the recent actions of Russia in Ukraine if it wasn’t currently supporting illegal occupations by its allies around the world — and if it didn’t have its own long record of carrying out brazenly unlawful invasions of sovereign countries.” He recognized this hypocrisy on the part of the U.S. while still being critical of the Russian treatment of Ukraine.

In contrast, consider the following attempt to resurrect an idealized yet official perception of the past. The New York Times opinion columnist Bret Stephens has complained that the Ukraine crisis shows us that

“at some point in the last 30 years, the concept of the ‘free world’ fell out of favor. … The free world is the larger idea that the world’s democracies are bound by shared and foundational commitments to human freedom and dignity; that those commitments transcend politics and national boundaries; and that no free people can be indifferent to the fate of any other free people, because the enemy of any one democracy is ultimately the enemy to all the others.”

Though Stephens no doubt believes this, it is a hollow idealization of a world that never was.

The inability of Americans — even those who profess expertise — to consider U.S. hypocrisy while welcoming Stephens’ fantasy is a measure of popular loyalty to a traditional storyline about the past. This story precludes the possibility that today’s Russian Republic might have the same security needs as any other country.

Indeed, Russia is actually acting much as the United States would have acted during the Cuban Missile crisis if the Russians had not reversed course and removed their missiles. I think we can safely say that if the U.S. and NATO had reversed course and given Russia the reasonable security guarantees it sought, things would have turned out differently for the Ukrainians.

We all live in multilayered states of perception shaped by culture and open to interpretative manipulation in areas, among others, of history and politics. That means that culture can be the seedbed for much propaganda.

This being the case, it should come as no surprise that there are millions of white people mostly, though not exclusively, in the American South and Midwest who are quite willing to throw the idea of egalitarian democracy out the window. It should also come as no surprise that the American people never hear about the many thousands of Ukrainians who were critical of their country’s alleged “sovereign right” to join NATO.

It is interesting that, within the American milieu, it is the presence or absence of competitive ideas that make these two cases different. In the case of the U.S. domestic scene, the power of white racists is localized and confronted by a larger cultural bubble that is critical of their efforts to censor history.

In the case of U.S. foreign policy there are very few who are critical of the traditional Cold War propaganda. Thus, there is no larger context to support perceptions that might accept Russia’s security needs. Thus, debate rages on one front but is largely absent on the other.

27 comments for “Propaganda Shapes the Past, Present & Future”