Torture, whistleblowing, extraordinary rendition, secret prisons, solitary confinement and corruption in the justice system. Those are Kiriakou’s subjects and he is happy to talk about them anywhere. 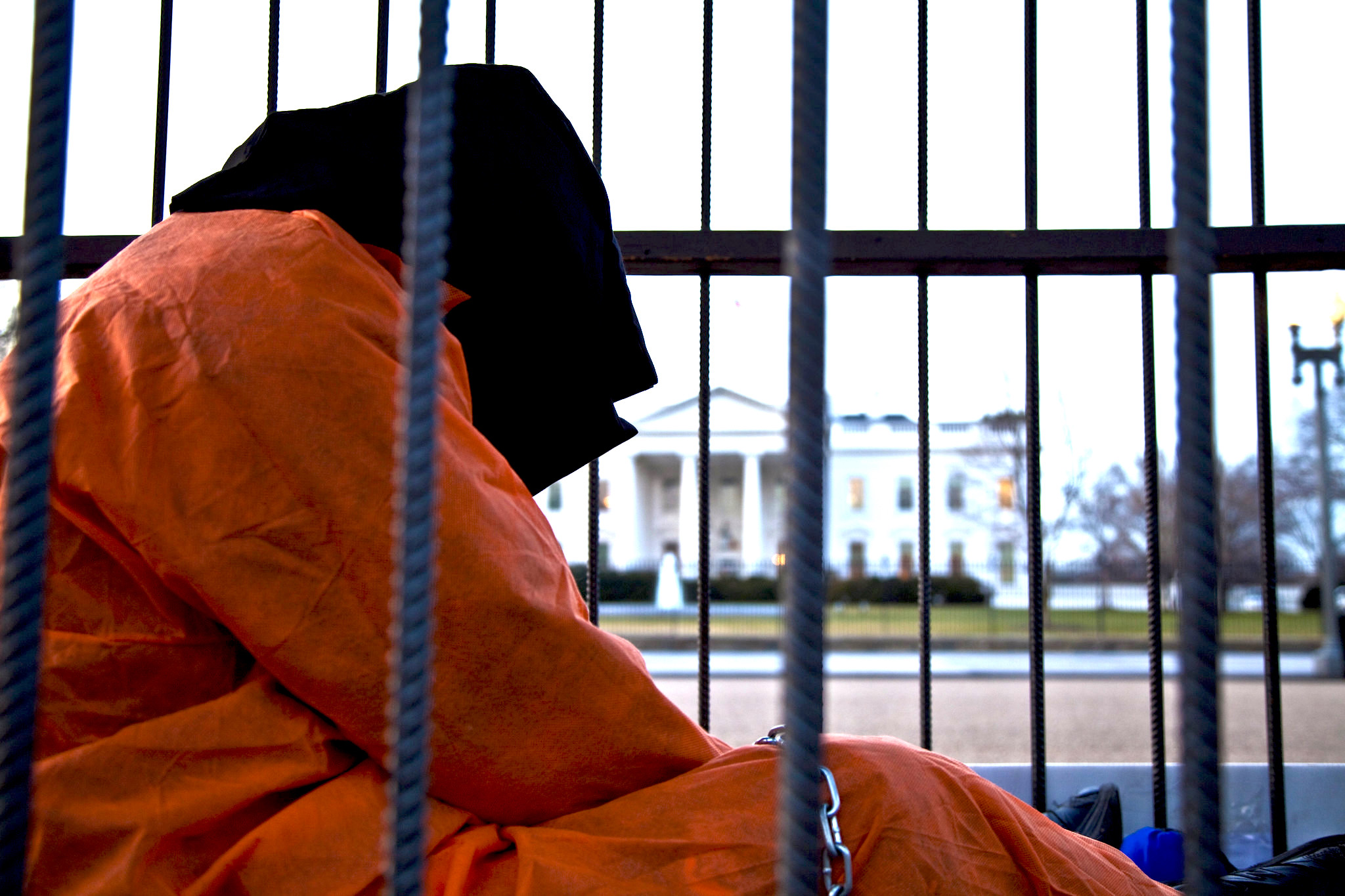 Jan, 11, 2012: Protester outside the White House during a vigil against the Guantanamo Bay detention center in its 10th year. (Justin Norman, Flickr, CC BY-NC-SA 2.0)

I work for Sputnik News.  There.  I said it.  I’m not embarrassed or ashamed.  I’m also not a Russian propagandist, despite what you may have read in the “mainstream” media.  Sputnik approached me in 2017 and offered me a job as a radio talk show host.  I turned them down.  Friends told me that it would be a mistake working for the Russian Bear.  They said that I would attract attention from the government, maybe even the FBI.  Did I really want to do that?

About eight months passed, and Sputnik offered me a job again.  Having just been released from prison after blowing the whistle on the CIA’s torture program, nobody was beating a path to my door to offer me a job, and I was newly separated from my wife.  So I went in for an interview.  The network’s editor-in-chief said that he wanted to offer me my own talk show.  I said that I was interested, but that I had to have complete editorial freedom.  “Done,” was the reply.  I said that I wanted to be able to talk about anything I wanted, to be able to criticize anybody I wanted, including Russian President Vladimir Putin.  “Done,” the editor-in-chief said again.  I asked if he would be willing to put it in writing in my contract.  He did, and I began working at Sputnik in August 2017.

For the first two-and-a-half years, I cohosted a show with Brian Becker, a well-known progressive activist and the co-founder of the ANSWER Coalition.  I have deep respect for Brian, who sits to my left, politically, and the show, Loud & Clear, was a hit.

I later cohosted a show with Lee Stranahan, a conservative populist/libertarian and former journalist with Breitbart.  We agreed on almost nothing in the year we worked together.  And like me, Lee was never told that he had to say something or not say something or to take a certain political position.  We were free to speak our minds.  Since the beginning of the year, I’ve cohosted a mainstream progressive show with Michelle Witte, an accomplished and very intelligent news professional.  I thoroughly enjoy going to work every day.  I honestly don’t even see it as work because it’s so much fun.

But to hear The Washington Post tell it (or The New Republic, or the Center for Strategic and International Studies) I’m a dangerous propagandist for Vladimir Putin.  The truth is that anybody who says that is either a propagandist himself or simply has never listened to my show. 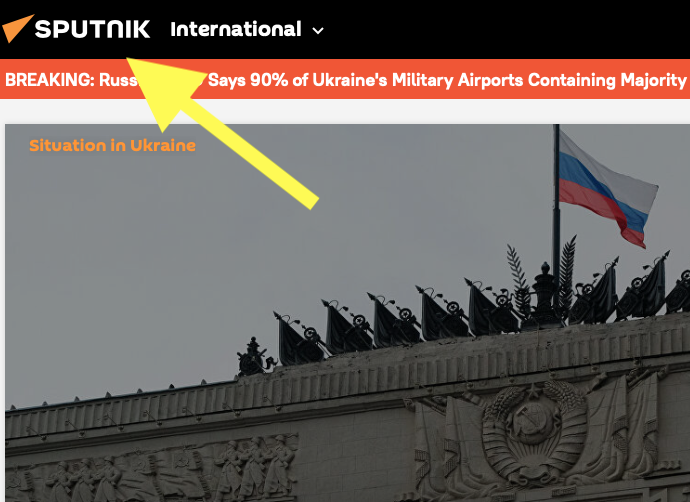 I first realized that there were people out there who didn’t like or appreciate alternative viewpoints in 2018, when I received an email from a journalist from The New Republic.  (She was actually a wedding photographer who worked as a freelance journalist.)  She said that she wanted to do a story about my new career at Sputnik.  I declined, saying that I wasn’t interesting in being “the story.”  She responded, “Look, this story is getting written with you or without you.”  I gave her an interview to try to soften the blow, but the result was “The Spy Who Became a Russian Propagandist.”

The same thing happened again shortly after The New Republic article was published.  In early 2020, CBS News apparently realized that Sputnik was being broadcast on a small station in Kansas City.  They listened to my show Loud & Clear and, reacting specifically to a segment that I used to do every Thursday called “Criminal Injustice,” said that I was “weakening our democracy.”  How was I accomplishing that incredible feat?  I was talking about how the United Nations had declared that the practice of solitary confinement in American prisons is a form of torture.  And I advocated for Julian Assange.

A report later in 2020 from the neo-liberal Center for Strategic and International Studies was more direct.  It said,

“Sputnik’s weekly segment Criminal Injustice on its Loud & Clear podcast similarly portrays itself as bringing attention to justice being denied to citizens, mixing legitimate grievances with distorted information.  Russia’s goal for these programs is not to make the US legal system more just; it is to tell an unrelenting one-sided story to get Americans to believe the system is as corrupt and broken as the legal system in Russia.  Putin’s hope is that Americans will give up on democratic institutions, the way so much of his own population has come to accept the corruption in Russia.”

Wow!  I had no idea that I had that much influence, that I was that cynical in my creation of Criminal Injustice, or that I had strategized with Vladimir Putin to weaken democratic institutions.  If only I could monetize it!  The truth is that, after spending 23 months in prison, I have a first-hand view of just how harsh and corrupt our “democratic institutions” are.

So I decided that every Thursday I would interview two friends of mine:  Paul Wright, the executive director of the Human Rights Defense Center and the editor of Prison Legal News and Criminal Legal News magazines; and Kevin Gosztola, an outstanding journalist at Shadowproof.com who focuses on criminal-justice issues.  They have nothing whatsoever to do with Russian “propaganda.”  They just care about human rights — far more so than does the Center for Strategic and International Studies.

Things have gotten tough for Sputnik over the past two weeks.  Our sister outlet, the television news network RT America, was forced off the air permanently a week ago.  And there are calls from members of Congress, the National Association of Broadcasters, and neoliberal think tanks around Washington for the government to do the same to Sputnik.

They may well succeed. But their complaint that Sputnik pushes “the Russian view” doesn’t carry any weight. So what if it does?  BBC carries the British view. DW carries the German view. Al Jazeera carries the Qatari view. Do we ban all of them because Washington objects to a story line?  And then do we sit back while the Russians ban CNN, Fox, Voice of America, and Radio Free Europe/Radio Liberty, all of which are available in Russia?  It’s a slippery slope.

In any case, I would be glad to go on CNN, Fox and MSNBC to talk about my areas of interest, but they have never invited me. Sputnik has given me that platform.  If the Washington swells don’t like it, that’s tough luck for them.

29 comments for “JOHN KIRIAKOU: I Work for Sputnik News”