Rather than find Putin a ladder to climb down, the NATO leadership will strike heroic poses, wave Ukrainian flags and send more weapons. 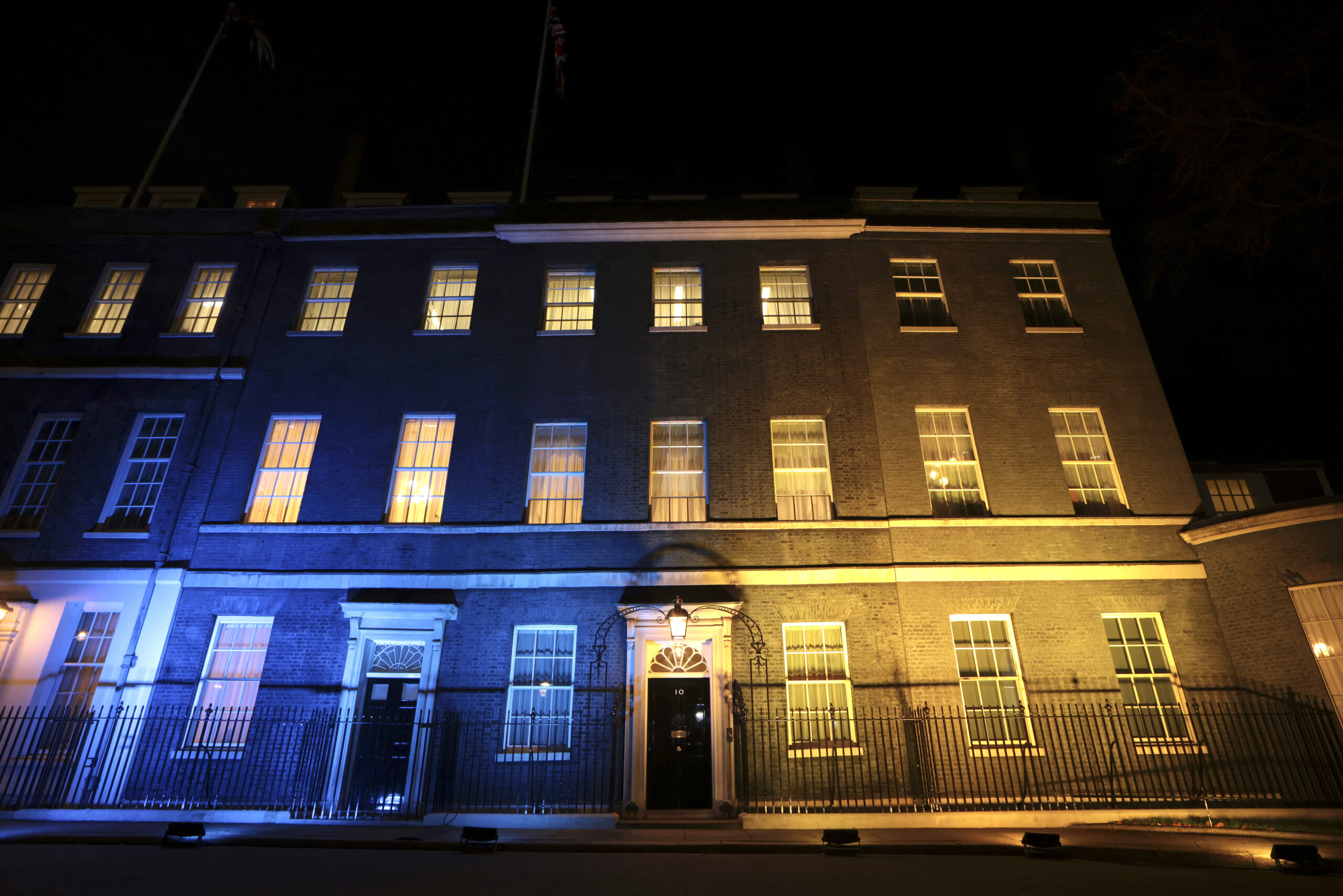 I could not believe Russian President Vladimir Putin really would invade Ukraine, because I could see no sensible outcome for him. I still cannot. Initiating a war on this scale has no legal justification, and no moral justification either. Russian troops are in areas which have no wish to be ruled by Russia.

Those of us who opposed the illegal invasion of Iraq must also oppose the illegal invasion of Ukraine. Whether the Ukrainian government is obnoxious or not is as irrelevant now, as the obnoxiousness of Saddam Hussein was irrelevant then. I am as fed up now with being asked if I support Ukrainian Nazis as I was then with being asked if I supported Saddam Hussein.

It is simply illegal to wage a war for regime change, without the endorsement of the U.N. security council.

I have great sympathy for Russian security concerns about encirclement by NATO and forward missile deployments. But seeking regime change by invasion in Ukraine could not possibly be the answer. I still have not the slightest idea what Putin seeks to achieve. It is simply impossible – and has been since the annexation of Crimea – that a democratic Ukraine is voluntarily going to elect a pro-Russian government. After this invasion, the only way a pro-Putin regime could be maintained in Ukraine would be by extreme authoritarianism, going well beyond the prevailing system in Russia itself.

Let me put it starkly. This can only finish with a government in Kiev which absolutely hates Putin as now do the Ukrainian people, or with Russia maintaining a puppet regime by extreme repression. There isn’t a way out with a peaceful, neutral Ukraine. Once you try to resolve matters by pure force, you lose that option. If I were Ukrainian, there is no way now I would be agreeing to the demilitarisation of my country. 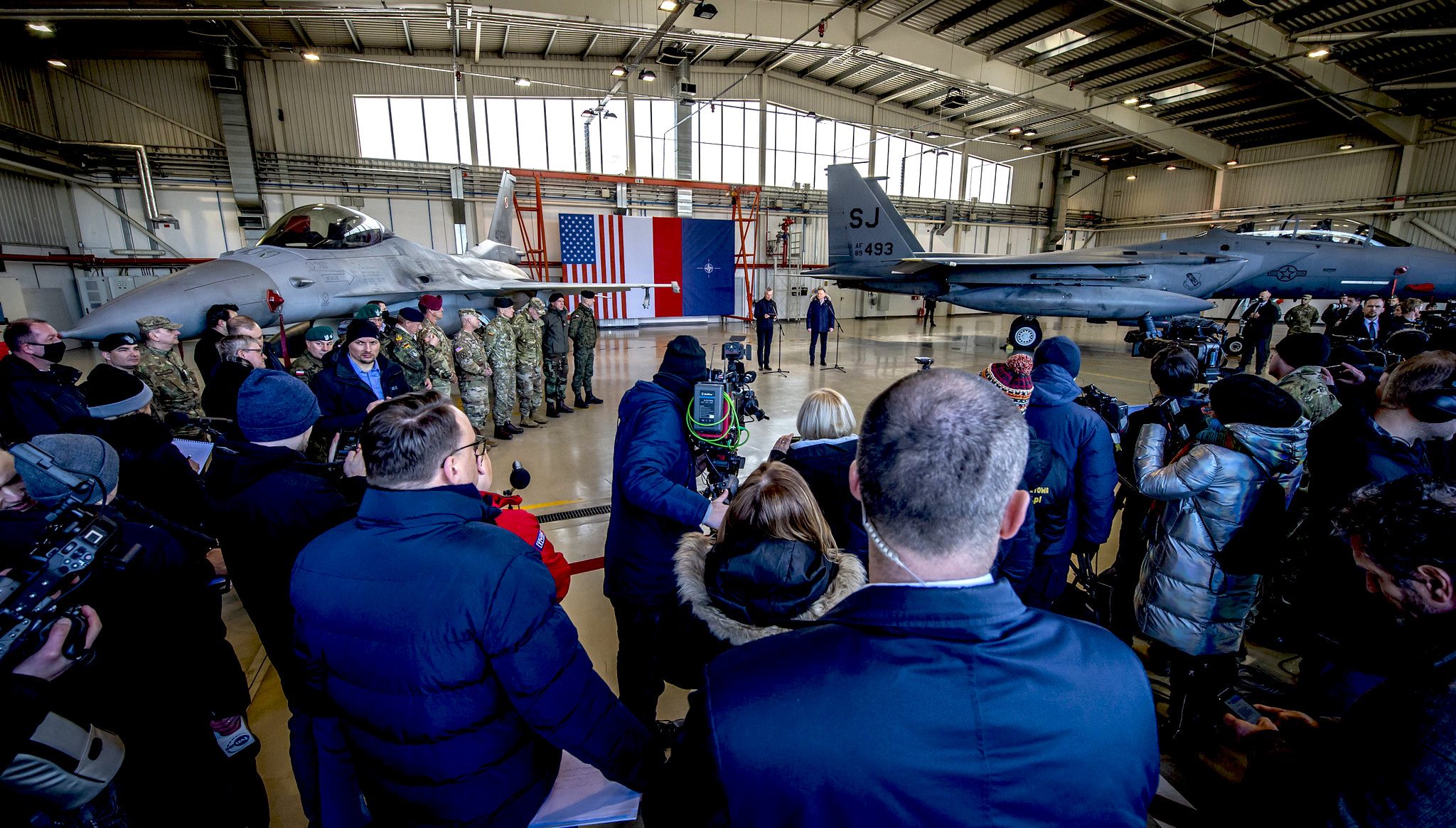 As for denazification – which certainly is needed in Ukraine – Putin has given the “heroic anti-Russian nationalist” meme of the Ukrainian Nazi groups a massive boost. While labelling the entire nation and government as Nazi is just wrong.

I did not think Putin would invade, for all those reasons. I did not even think he would acknowledge moving troops into the Donbass. I was unsure what to argue about that if he did. The Kosovo parallel with the newly acknowledged Donetsk and Lugansk republics is arguable. As a supporter of Scottish Independence, I am open to arguments from self-determination, and you can read Murder in Samarkand on the capriciousness of former internal Soviet borders. But this has gone far beyond that.

Yet we have seen nothing like the simply massive civilian casualties the West inflicted on Libya, Iraq or Afghanistan. Not anything like the same order of magnitude. In the town of Sirte, Libya, alone NATO bombing killed 15,000 people. Casualty figures being given for the whole of the Ukraine so far are still in the hundreds, and thank God for that.

I do not know the explanation for this. It seems very possible Putin has underestimated Ukrainian morale, and really believed Ukraine would crumble. In fact, Ukrainian President Volodymyr Zelensky is playing a blinder in terms of maintaining morale, however staged his photo-ops. The more pressing question is whether Putin overestimated the willingness of his own military to kill Ukrainians, or whether Putin himself lacks the will. In Grozny, the capital city of Chechnya, he was directly responsible for civilian casualties on a truly terrible scale, but is he like the West in putting much less value on Muslim lives?

To date, Kiev has faced nothing like what Sirte faced from NATO or Grozny faced from Russia – but not because Russia lacks the capacity to do it. 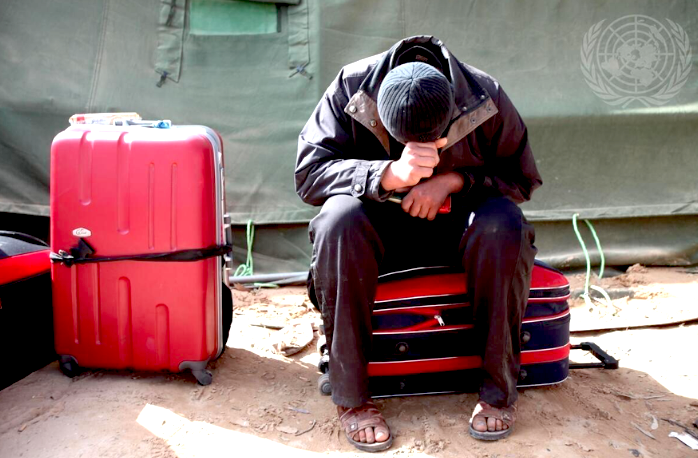 Feb. 27, 2011: A Libyan refugee at a transit camp in Choucha Ras Djir, near the Tunisian border. (UN Photo/UNHCR/Alexis Duclos)

If Putin is himself ready for massive Ukrainian deaths, is his military pulling its punches? I am reminded of the War of Slovenian Independence, where the soldiers of the massively superior Yugoslav army just refused to kill Slovenes. In that case, many of the Yugoslav troops were initially told it was just a live fire exercise, which lends credibility to the idea the same is happening with Russian troops here.

Putin has not improved his negotiating position. My own friends and allies on the left are suggesting that the answer is for there to be a ceasefire and Western agreement to no further expansion of NATO, and a new arms control treaty governing missile deployments. That would certainly be ideal but it is not going to happen.

You have to understand the realpolitik of the Western elite. They will never damage their own interests. That is why the sanctions that would really hurt Putin, targeting companies like BP and Shell over their Russian interests or the real oligarchs like Usmanov, Deripaska and Abramovic, will never happen because they would damage the interests of the British elite. It is why the U.K. government fly Ukrainian flags but will not let Ukrainians come without visas. They don’t really care about the ordinary people at all.

The NATO leadership now see Putin in a position where he either has to back down and retreat, or inflict massive casualties on the Ukraine and get bogged down there for decades. If they wanted to save the Ukrainian people, this would indeed be the time for West to negotiate. But the lives of ordinary Ukrainians mean nothing to them.

So rather than find Putin a ladder to climb down, they will strike heroic poses, wave Ukrainian flags and send more weapons. I fear Putin will go for the mass deaths scenario. Macho is his entire brand, and his speech last Sunday was worryingly fundamentalist. I do wonder if he is losing the room at home – he spoke of the end of the Soviet Union as a calamity, but Russians under 40 cannot even remember the Soviet Union at all. Nobody under 50 can remember it in any kind of functioning order.

One final thought for now. I applaud those brave people in Russia who have demonstrated for peace. Almost 2,000 have been arrested. But remember this – under the Tory government’s new policing bill, taking part in a demonstration in England and Wales not approved in advance by the police could bring up to 10 years in prison. Just one example of the rife hypocrisy submerging us all at present.

39 comments for “Craig Murray: How Can the War End?”