Russia was baited into war but that does not absolve its criminal act of aggression. 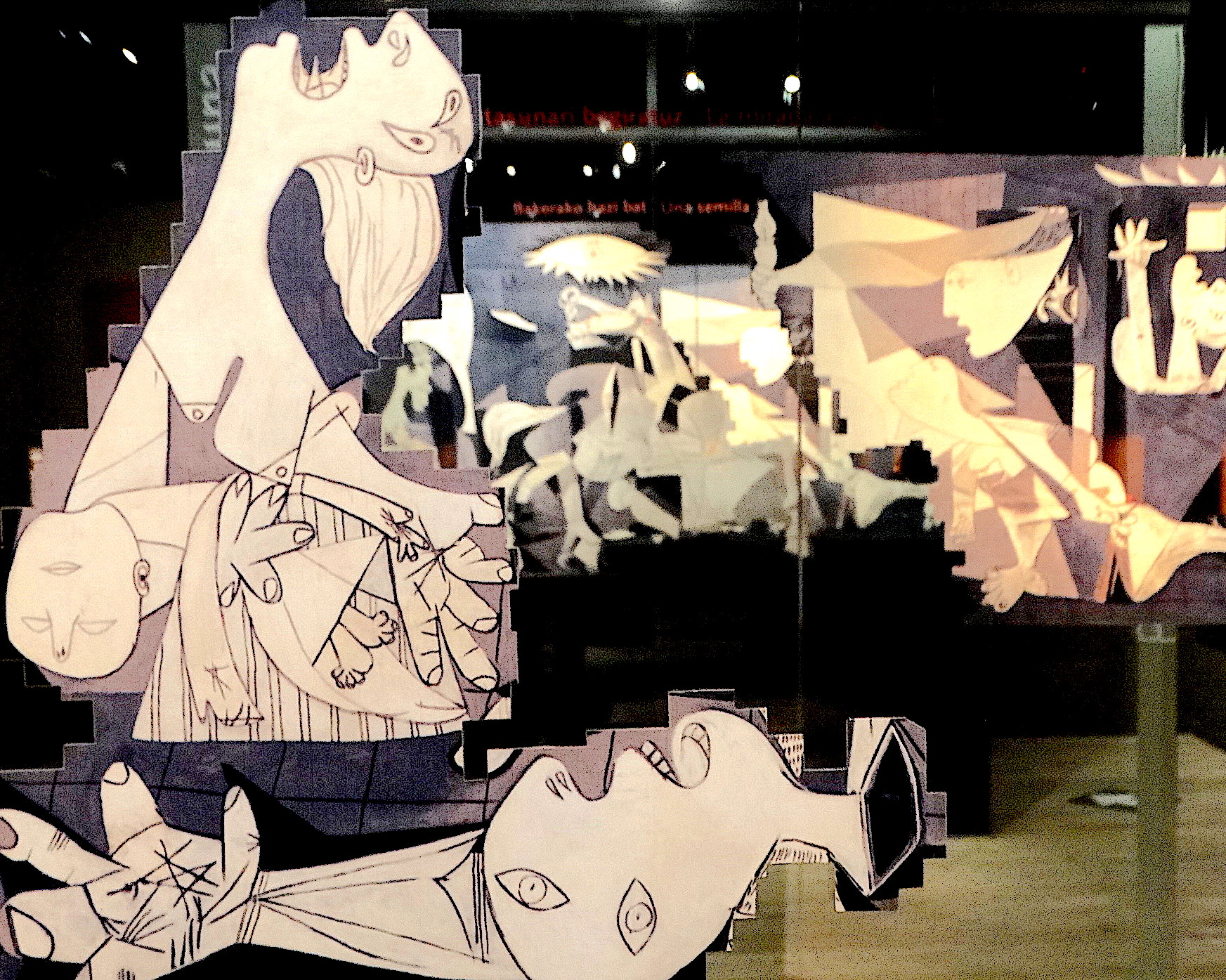 Display of details of Picasso’s “Guernica” outside Museum of Peace in Guernica, Basque Country, Spain, 2014. (Adam Jones/Flickr, CC BY 2.0)

Preemptive war, whether in Iraq or Ukraine, is a war crime. It does not matter if the war is launched on the basis of lies and fabrications, as was the case in Iraq, or because of the breaking of a series of agreements with Russia, including the promise by Washington not to extend NATO beyond the borders of a unified Germany, not to deploy thousands of NATO troops in Eastern Europe, not to meddle in the internal affairs of nations on the Russia’s border and the refusal to implement the Minsk II peace agreement.

[Ed.: Russia says it intervened in the eight-year civil war in Ukraine to stop the massacre of ethnic Russians in Donbass led in part by openly neo-Nazi units.]

I know the instrument of war. War is not politics by other means. It is demonic. I spent two decades as a war correspondent in Central America, the Middle East, Africa and the Balkans, where I covered the wars in Bosnia and Kosovo. I carry within me the ghosts of dozens of those swallowed up in the violence, including my close friend, Reuters correspondent Kurt Schork, who was killed in an ambush in Sierra Leone with another friend, Miguel Gil Moreno.

I know the chaos and disorientation of war, the constant uncertainty and confusion. In a firefight you are only aware of what is happening a few feet around you. You desperately, and not always successfully, struggle to figure out where the firing is coming from in the hopes you can avoid being hit.

I have felt the helplessness and the paralyzing fear, which, years later, descend on me like a freight train in the middle of the night, leaving me wrapped in coils of terror, my heart racing, my body dripping with sweat.

I have heard the wails of those convulsed by grief as they clutch the bodies of friends and family, including children. I hear them still. It does not matter the language. Spanish. Arabic. Hebrew. Dinka. Serbo-Croatian. Albanian. Ukrainian. Russian. Death cuts through the linguistic barriers.

I know what wounds look like. Legs blown off. Heads imploded into a bloody, pulpy mass. Gaping holes in stomachs. Pools of blood. Cries of the dying, sometimes for their mothers. And the smell. The smell of death. The supreme sacrifice made for flies and maggots.

I was beaten by Iraqi and Saudi secret police. I was taken prisoner by the Contras in Nicaragua, who radioed back to their base in Honduras to see if they should kill me, and again in Basra after the first Gulf War in Iraq, never knowing if I would be executed, under constant guard and often without food, drinking out of mud puddles.

The primary lesson in war is that we as distinct individuals do not matter. We become numbers. Fodder. Objects. Life, once precious and sacred, becomes meaningless, sacrificed to the insatiable appetite of Mars. No one in wartime is exempt.

“We were expendable,” Eugene Sledge wrote of his experiences as a marine in the South Pacific in World War II. “It was difficult to accept. We come from a nation and a culture that values life and the individual. To find oneself in a situation where your life seems of little value is the ultimate in loneliness. It is a humbling experience.”

The landscape of war is hallucinogenic. It defies comprehension. You have no concept of time in a firefight. A few minutes. A few hours. War, in an instant, obliterates homes and communities, all that was once familiar, and leaves behind smoldering ruins and a trauma that you carry for the rest of your life.

You cannot comprehend what you see. I have tasted enough of war, enough of my own fear, my body turned to jelly, to know that war is always evil, the purest expression of death, dressed up in patriotic cant about liberty and democracy and sold to the naïve as a ticket to glory, honor and courage. It is a toxic and seductive elixir. Those who survive, as Kurt Vonnegut wrote, struggle afterwards to reinvent themselves and their universe which, on some level, will never make sense again.

War destroys all systems that sustain and nurture life — familial, economic, cultural, political, environmental and social. Once war begins, no one, even those nominally in charge of waging war, can guess what will happen, how the war will develop, how it can drive armies and nations towards suicidal folly. There are no good wars. None. 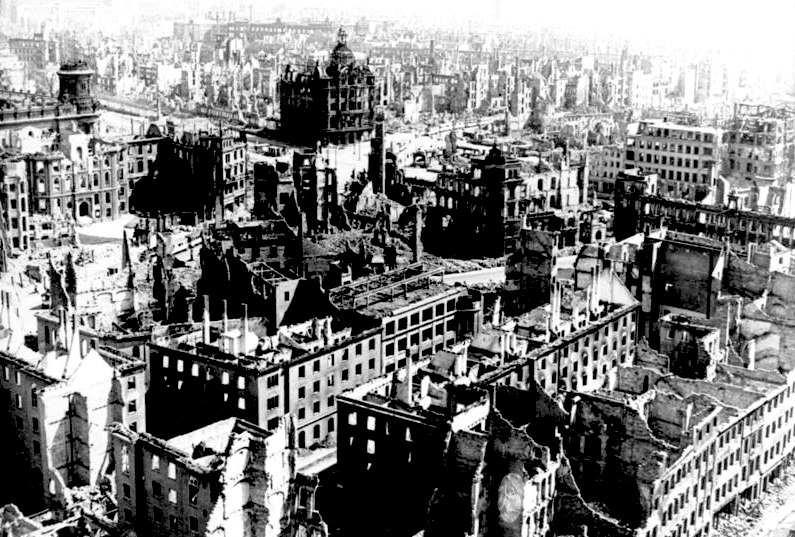 This includes World War II, which has been sanitized and mythologized to mendaciously celebrate American heroism, purity, and goodness. If truth is the first casualty in war, ambiguity is the second.

The bellicose rhetoric embraced and amplified by the American press, demonizing Russian President Vladimir Putin and elevating the Ukrainians to the status of demigods, demanding more robust military intervention along with the crippling sanctions meant to bring down Vladimir Putin’s government, is infantile and dangerous. The Russian media narrative is as simplistic as ours.

There were no discussions about pacifism in the basements in Sarajevo when we were being hit with hundreds of Serbian shells a day and under constant sniper fire. It made sense to defend the city. It made sense to kill or be killed.

The Bosnian Serb soldiers in the Drina Valley, Vukovar and Srebrenica had amply demonstrated their capacity for murderous rampages, including the gunning down of hundreds of soldiers and civilians and the wholesale rape of women and girls. But this did not save any of the defenders in Sarajevo from the poison of violence, the soul-destroying force that is war.

I knew a Bosnian soldier who heard a sound behind a door while patrolling on the outskirts of Sarajevo. He fired a burst from his AK-47 through the door. A delay of a few seconds in combat can mean death. When he opened the door, he found the bloody remains of a 12-year-old girl. His daughter was 12. He never recovered.

Only the autocrats and politicians who dream of empire and global hegemony, of the god-like power that comes with wielding armies, warplanes, and fleets, along with the merchants of death, whose business floods countries with weapons, profit from war.

Imagine the kind of person who interprets war deaths as portfolio gains. pic.twitter.com/ATois2x28k

The European Union has allocated hundreds of millions of euros to purchase weapons for Ukraine. Germany will almost triple its own defense budget for 2022. The Biden administration has asked Congress to provide $6.4 billion in funding to assist Ukraine, supplementing the $650 million in military aid to Ukraine over the past year.

The permanent war economy operates outside the laws of supply and demand. It is the root of the two-decade-long quagmire in the Middle East. It is the root of the conflict with Moscow. The merchants of death are Satanic. The more corpses they produce, the more their bank accounts swell. They will cash in on this conflict, one that now flirts with the nuclear holocaust that would terminate life on earth as we know it.

The dangerous and sadly predictable provocation of Russia — whose nuclear arsenal places the sword of Damocles above our heads — by expanding NATO was understood by all of us reporting in Eastern Europe in 1989 during the revolutions and the break-up of the Soviet Union.

This provocation, which includes establishing a NATO missile base 100 miles from Russia’s border, was foolish and highly irresponsible. It never made geopolitical sense.

This does not, however, excuse the invasion of Ukraine. Yes, the Russians were baited. But they reacted by pulling the trigger. This is a crime. Their crime. Let us pray for a ceasefire. Let us work for a return to diplomacy and sanity, a moratorium on arms shipments to Ukraine and the withdrawal of Russian troops from the country. Let us hope for an end to war before we stumble into a nuclear holocaust that devours us all.