“I can’t think of a worse betrayal of the people of Afghanistan than to freeze their assets and give it to 9/11 families,” said one person whose brother was killed on Sept. 11. 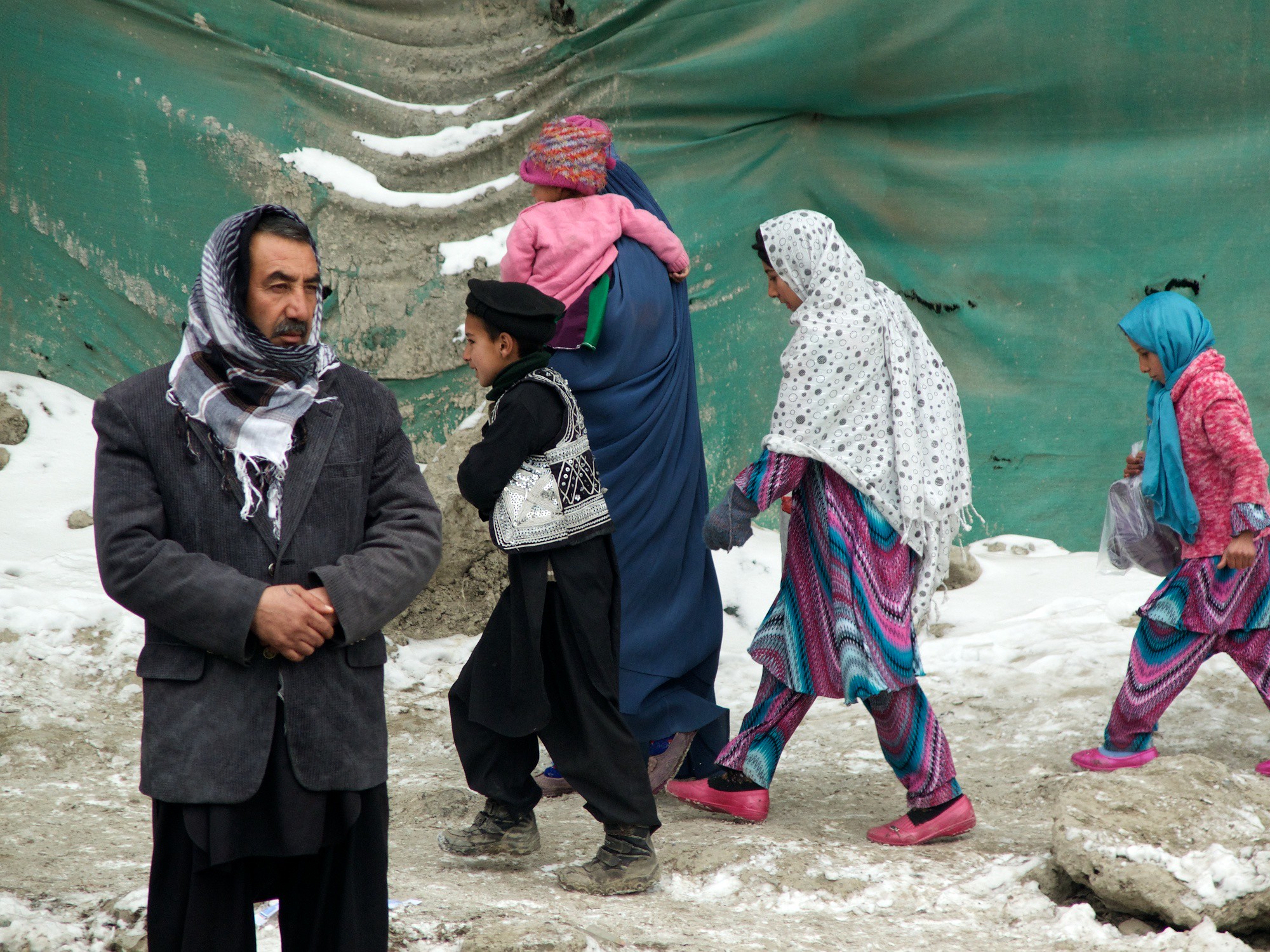 Humanitarians — including those who lost loved ones in the 9/11 attacks of 2001 — responded with condemnation Friday after it was reported that President Joe Biden has decided to permanently seize $7 billion of currently frozen Afghan assets even as the people of the war-torn and poverty-stricken nation suffer a broken economy, a collapsed healthcare system and widespread starvation.

According to The New York Times, the Biden administration will soon formally announce a plan to make half of the $7 billion available to pay off legal claims by those who lost families members on 9/11 while the other half would be set aside for humanitarian assistance for the Afghan people.

The Times reports, citing officials familiar with the matter, that Biden “will issue an executive order invoking emergency powers to consolidate and freeze all $7 billion of the total assets the Afghan central bank kept in New York and ask a judge for permission to move the other $3.5 billion to a trust fund to pay for immediate humanitarian relief efforts and other needs in Afghanistan.”

Critics were quick to denounce the move as cruel, given that the Afghan people themselves had nothing to do with the terrorist attacks that took place over two decades ago — and that those living in one of the poorest nations in the world should not be punished for the criminal acts of a small group of individuals, most of them from Saudi Arabia and elsewhere. With the nation on the verge of collapse, economists have warned permanent seizure of these funds that otherwise could stabilize the Afghan central bank would further spell disaster for the nation’s economy.

I cannot describe for you in words how outrageous this is. Afghans are starving, this is all *their* money, & there was not a single Afghan aboard any of those 4 planes on 9/11. 15 Saudis, plus Egyptian, Emirati, Lebanese nationals. Get the money from those countries if you must. https://t.co/HqDaVczI68

Kevin Martin, president of the U.S. anti-war group Peace Action, said the motives of the Biden are clear but that the proposed move by the administration is deeply misguided.

“While it is, of course, understandable that some family members of those killed in the horrific 9/11 attacks want justice, the funds belong to the Afghan people, not the Taliban,” Martin told Common Dreams in an email Friday morning.

According to Martin, Biden only has it half right. “Releasing half the funds to address famine and economic collapse in Afghanistan is the correct—if overdue—decision, but all the money should be made available for that purpose,” he said. “Proper monitoring by the Afghanistan Central Bank, independent of the Taliban, and international accounting firms still operating in the country, can ensure the funds go to desperate people, and to jumpstart the failing economy.”

So US 911 families are going to take billions of dollars away from starving Afghans. A fitting end to 20 years of screwing the Afghan people. #unfreezeafghanistan https://t.co/6nfUzDmSid

New York Times writer Max Fisher, in a social media post in response to the paper’s reporting, said Friday that “Afghans are starving not because of insufficient aid, but because the U.S. forcibly emptied govt coffers, triggering a currency crisis and shutting down govt salaries and services. This move is a death sentence for untold numbers of civilians, including many kids and unborn babies.”

Phyllis Bennis, director of the New Internationalism Project at the Institute for Policy Studies, agreed the move by Biden would represent a reckless and unjust approach. She also said the logic behind the asset seizure is contradictory.

“The U.S. is trying to have it both ways,” said Bennis. “They claim that the Taliban isn’t the legitimate government of Afghanistan so they won’t allow the Afghan people’s $7 billion in the U.S. central bank to be returned to Afghanistan.  But apparently the Taliban government is legitimate enough that U.S. officials can order that same money be used to pay off what the U.S. believes is the Taliban’s debt — its U.S.-ordered judgment.”

Muska Dastageer, a lecturer at the American University of Afghanistan, tweeted:

The president of the wealthiest country on earth takes the life savings of ordinary citizens from Afghanistan, one of the poorest countries on earth. This after 20 years of the US leaders closing their eyes to Afghans who siphoned tens of millions in aid https://t.co/4PlC75uEkq

As the Times explains, Biden has decided the U.S. government will “not object to any court decision to devote half of the money” seized to settle pre-existing legal claims by 9/11 families. But even some families of those killed in the 9/11 attacks say it would be horrible to have the increased suffering of everyday Afghans be the price for settling such claims.

“I can’t think of a worse betrayal of the people of Afghanistan than to freeze their assets and give it to 9/11 families,” Barry Amundson, who lost his brother on 9/11 and is a member of 9/11 Families for Peaceful Tomorrows, told the Times. “While 9/11 families are seeking justice for their loss through these suits, I fear that the end result of seizing this money will be to cause further harm to innocent Afghans who have already suffered greatly.”

These reserves are what gives Afghanistan's own currency any value. Without them, markets, shops, daily bread – none of it works.

By trying to split the difference between domestic political pressures, the Biden admin may chart a worst-case outcome for Afghanistan's economy. https://t.co/LNmRfO3ItZ

According to Bennis, who along with David Wildman co-wrote the book Ending the US War in Afghanistan: A Primer, Biden is about to trigger a prolonged legal entanglement over the funds at a time when international aid groups, the United Nations, and public health experts are warning of a humanitarian crisis — among the very worst in the world—happening in real-time.

“The Biden administration says they’ll ask a judge to establish a fund for part of the money to be used for humanitarian purposes in Afghanistan — at some point,” said Bennis. “But the problem is that more than 22 million Afghans are facing starvation today. And as the bitter winter socks in, millions of families are or soon will be faced with choosing between heat and food, between risking the death of their children by freezing or by starvation.”

Echoing other critics of the decision by Biden, Bennis said there is simply no justification to punish “children and families who had nothing to do with the horrific crime committed on September 11, 20 years ago.”

Journalist David Klion responded to Friday’s developments by opining that after more than two decades of war and suffering triggered in 2001, “the entire population of Afghanistan could reasonably be considered 9/11 victims.”