The wall of propaganda that towers over us, resting on an insidious culture of irrationality that has come to suffuse the American polity, is weakening. 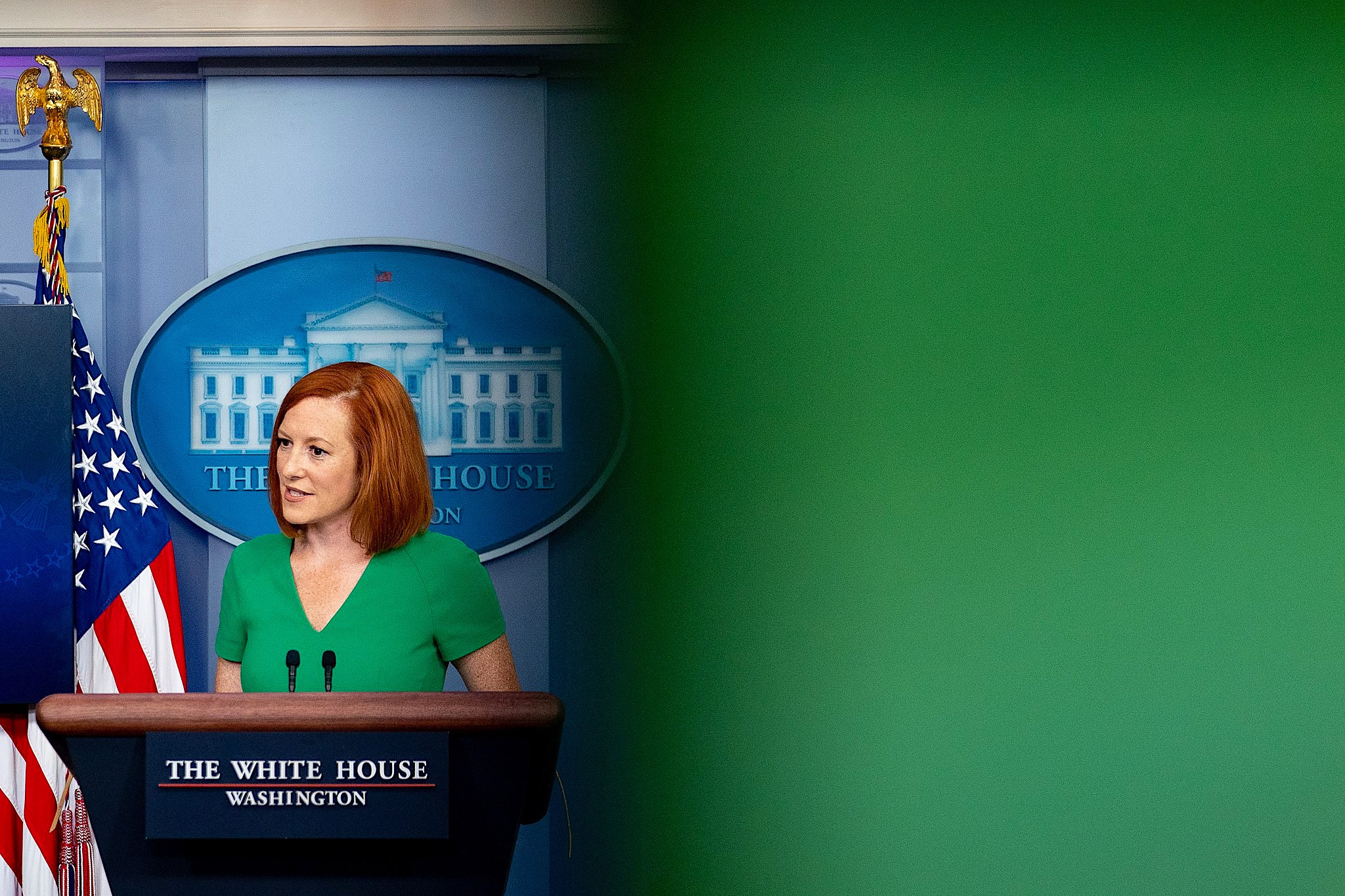 Finally. Finally our mainstream press and broadcasters show signs of waking up to the cynical, pervasive, propaganda campaign official Washington wages to obscure its imperial pursuits. Finally there is some suggestion—not more—that the mainstream may someday stop participating in the antidemocratic onslaught of lies and subterfuge they have very willingly assisted in inflicting upon us for most of this century.

I refer to two remarkable confrontations between the press and official government spokespeople this past week. At the State Department last Thursday Matt Lee, diplomatic correspondent of The Associated Press ran department spokesman Ned Price straight to the ground on one of the government’s most familiar, most nonsensical tropes: We told you, and telling you is evidence that what we told you is true.

Aboard Air Force One, National Public Radio correspondent Ayesha Rascoe reacted similarly when Jen Psaki, the president’s press secretary, tried on the same ruse in the matter of civilian casualties during the raid Thursday on the Syrian hideout of Abu Ibrahim al–Hashimi al–Qurayshi, the putative head of the Islamic State. What? Do you dare not believe me? the rarely-to-be-believed Psaki asked aggressively.

Independent media such as Consortium News have waged a battle against the government’s incessant assertions of facts-that-are-not-facts at least since the WMD in Iraq subterfuge and the irruption of the Russiagate fiasco in mid–2016. Last week the leading U.S. wire service and public broadcaster effectively joined in when they questioned official accounts of two key events in the absence of authentic evidence of their veracity.

Let us not read too much into these developments. The AP and NPR have been card-carrying purveyors of liberal authoritarian orthodoxies for a very long time. Demanding evidence to support official assertions of authority on two occasions is hardly an indication of some new determination to reclaim surrendered ground as independent poles of power.

But we ought not miss the potential significance of this turn, either. The wall of propaganda that towers over us, resting on an insidious culture of irrationality that has come to suffuse the American polity, is weakening. In my read, the doggedness of independent media has forced the mainstream to begin reckoning with its own complicities.

I have long admired Matt Lee as a standout among American correspondents. He is one of the most dedicated journalists now active in the Washington press corps, unswerving in his adherence to the principles and ethics of the profession even as most of those around him have abandoned both. His conduct during one of Ned Price’s daily press briefings last week was remarkable even by Lee’s high standards.

Price, a former C.I.A. analyst and a professed propagandist in the Obama White House, announced that Russia was preparing a faked video, with “crisis actors,” of a sabotage incident in eastern Ukraine that would justify a Russian invasion. “What we know, Matt, is that they have engaged in this activity,” Price said as Lee began what became a five-minute and six-second drilling in. “We have information that Russia has already prepositioned operatives to conduct a false-flag operation in eastern Ukraine.”

“Crisis actors?” Lee responded. “Really? This is, like, Alex Jones territory. What evidence do you have to support the idea that there is some propaganda film in the making?”

“This is derived from intelligence information that we have declassified,” Price replied.

Lee: “Where is this information?

Price: “It is intelligence information that we have declassified.”

Lee: “Well, where is it? Where is the declassified information?”

And there you have it: We have evidence of a Russian false-flag operation, derived from declassified intelligence, and I have shared this declassified evidence with you by telling you we have it.

Simultaneously on the presidential jet, Psaki was fielding questions as to who was responsible for 13 civilian casualties, including children, during the raid that ended with al–Qurayshi’s death. The official position is that the ISIS leader detonated a bomb, taking his life and 13 others to avoid capture, and that the Special Forces commandoes conducting the raid bore no responsibility for the casualties.

NPR’s Rascoe, greatly to her credit, thereupon suggested that critics might be skeptical of the Pentagon’s (and President Joe Biden’s) account. “The U.S. has not always been straightforward about what happens with civilians,” Rascoe pointed out. “And, I mean, that is a fact.”

In neither case did the official posturing hold. Price took a battering at Lee’s hands the like of which I have rarely seen in a press briefing, live or videoed. Rascoe was more merciful, but Psaki came off just as much the shyster.

‘With Us or Against Us’ 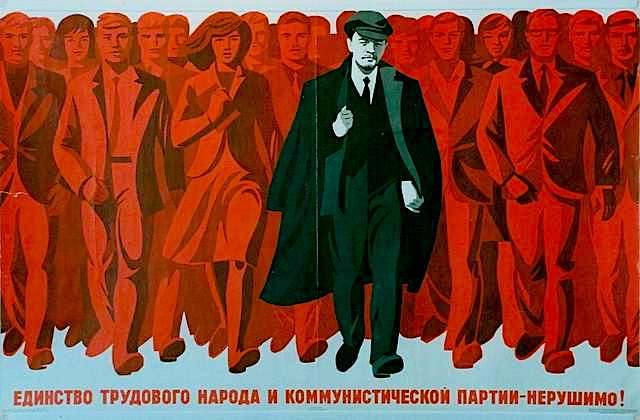 You’re either with us, or with the Russians, Biden administration tells mainstream journalists. (Picryl)

Not to be missed in all this is the binary logic Price and Psaki tried to put over in the course of their defenses. Psaki implied that Rascoe, because she did not accept the American account of events in Syria, accepted an ISIS account—this even as there is no ISIS account to accept or reject. In the same line, here is Price later in his exchange with Matt Lee:

“If you doubt the credibility of the U.S. government, of the British government, of other governments, and want to, you know, find solace in information that the Russians are putting out—that is, that is for you to do.”

Preposterous times two. This is no better—no different, indeed—than the George W. Bush administration’s assertion after the September 11, 2001, tragedies: “You’re either with us or with the terrorists,” one of our stupider presidents infamously declared.

Among the notable features of these two exchanges is how surprised the two official spokespeople appeared to be when asked to support their assertions with evidence. And why should they have been otherwise?

The mainstream press and broadcasters, along with “progressive” publications such as Mother Jones and The Nation, have eagerly embraced official accounts of events, while accepting these accounts as evidence in themselves. This is what I mean by a pervasive culture of irrationality.

The Ukraine and Syria crises, the treatment of Uighurs in China, what is or is not going on in Cuba, Venezuela, and Nicaragua, Moscow’s supposed interventions in American politics: All of these questions and numerous others are an absolute blur—a mess of mis– and disinformation—if you rely on mainstream accounts alone. Were it not for the more conscientious independent publications, there would be no true record of these matters.

I trace this most immediately to the swoon into propaganda and deception that began with the Russiagate fiasco and the liberal authoritarians’ obsessive-compulsive hatred of Donald Trump. Anything that reflected badly on Trump and demonized Russia was fit to print. This seems clear, but we have to go further back to understand what led us to the dire circumstances we now face.

The press’s eager enlistment in Bush II’s “war on terror” was the seminal turn. The events of September 2001 had the American empire on its back foot for just the second time in its century of history, (the first was after defeat in Vietnam) and mainstream media rushed to its defense. After she was canned (deservedly) as executive editor of The New York Times, Jill Abramson gave a remarkably candid account of the corporate-owned press’s entry into servitude.

So it has been ever since. The media’s corruptly close proximity to the power they report upon cannot be separated from the phenomenon of an empire that is in decline and, what is more, knows it.

This is not easily answered.

The evidence game, as I’ll call it, took an especially dramatic turn in January 2017, when “the intelligence community” issued a Swiss cheese “assessment” of the mid–2016 theft of the Democratic Party’s mail and the press accepted this devoid-of-evidence assessment as prima facie evidence. Six years later we find ourselves in an information culture that has been rendered indifferent to evidence: It is desired conclusions that matter. 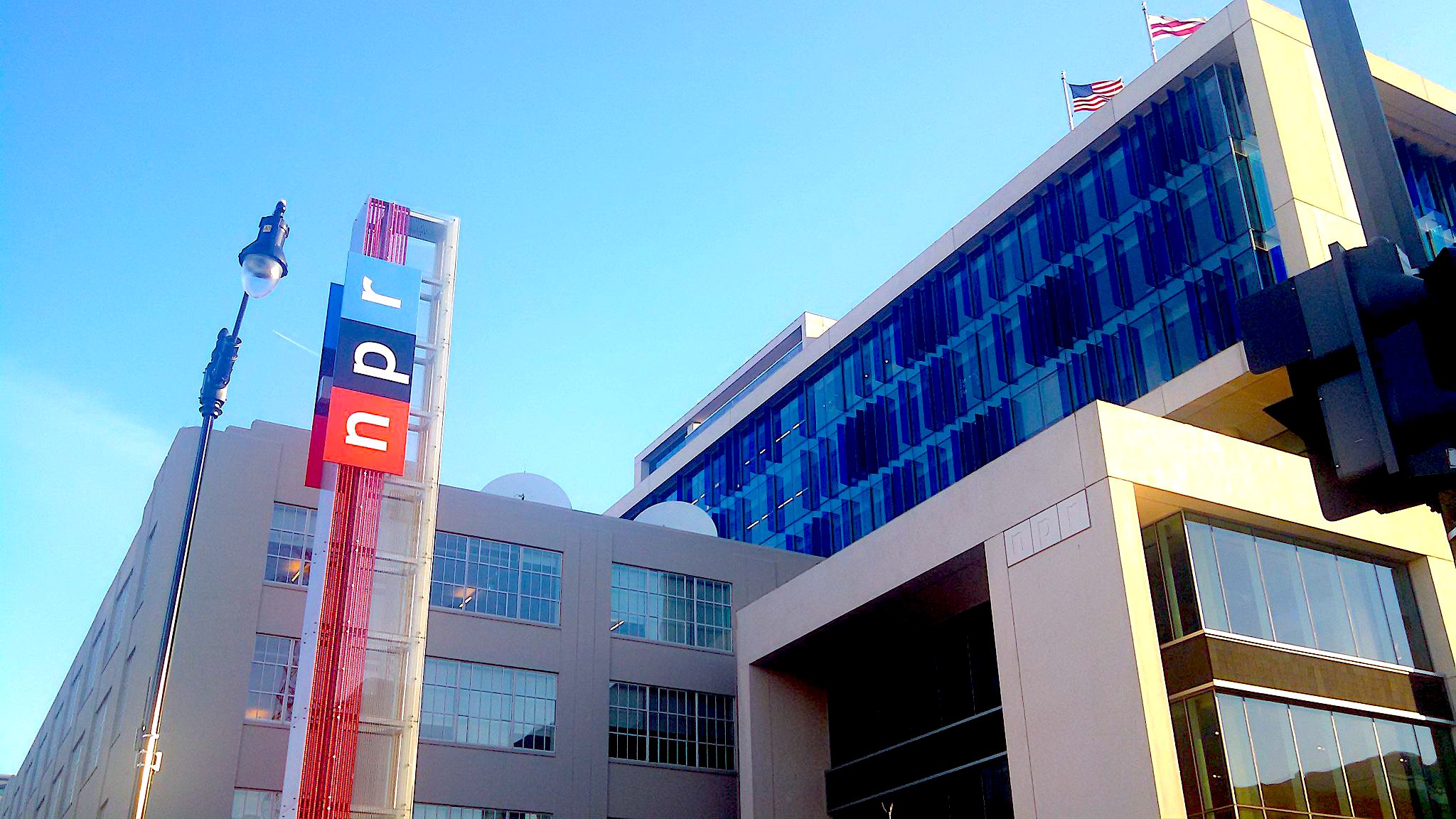 As I wrote this column Sunday, NPR came over the kitchen radio with yet more unsubstantiated junk about Ukraine—this time quoting National Security Adviser Jake Sullivan saying (once again) that a Russian invasion was “imminent.” The AP news feed ran the headline, “Top Biden aide says Ukraine invasion could come ‘any day.’”

Neither NPR nor The AP cited any evidence to back up Sullivan’s assertion for the simple reason that he didn’t provide any. Plus ça change.

But I tend to think Lee and Ayesha effectively declared the evidence game over last week, when they said, Let’s have some, please. Lee’s byline wasn’t on The AP’s story, it’s worth noting, and Rascoe’s not on NPR’s.

Is this some grand turn in mainstream media’s stance toward power, a dusting off of the old notion of the press as the Fourth Estate? No, I see nothing so precipitous or dramatic. My intent is to suggest the beginning of a long, gradual process, wherein we may find the press shifting away from its supine fealty to power in all its manifestations.

This will depend on two things:

One, there are indications that some voices within the political and policy elites in Washington are turning against America’s imperial adventures—not out of decency or some elevated vision of how the U.S. should act, but because they are coming to cost more than they are worth. This factor must not be underestimated.

This process first became evident with the series of stories The New York Times published late last year in which it exposed the Pentagon’s sloppy conduct and just-as-sloppy deceptions. I am thinking of the exposé last autumn of the fatal drone strike in Afghanistan and subsequent reports of rogue attacks on a Syrian village and a Syrian dam across the Euphrates.

Those reports, while surprising, were not cause to assume the Times had taken some brave turn toward speak-truth-to-power journalism, as some readers interpreted them. They reflected a faction within the policy cliques that thinks these excesses do not serve the cause of American primacy well. The Times appears to line up with this faction.

Two and more interestingly, the persistence of independent media in making true accounts of events ever more available to the reading and viewing public will, a story at a time, require their corporate-owned counterparts to report more honestly. The consistently good reporting on Afghanistan and Syria to be found in independent media reports is a case in point.

We will have to see how all this turns out in coming weeks and months. Lee has been at it a long time and requires no prompt from anyone to do good work. But what he and Rascoe did last week, fair to say, is what reporters and correspondents unbeholden to power have dedicated themselves to since independent media came into their own over the past couple of decades.