A subject alternative sites like Consortium News have been writing about for years is now being approached by The New York Times and CNN, writes Joe Lauria. 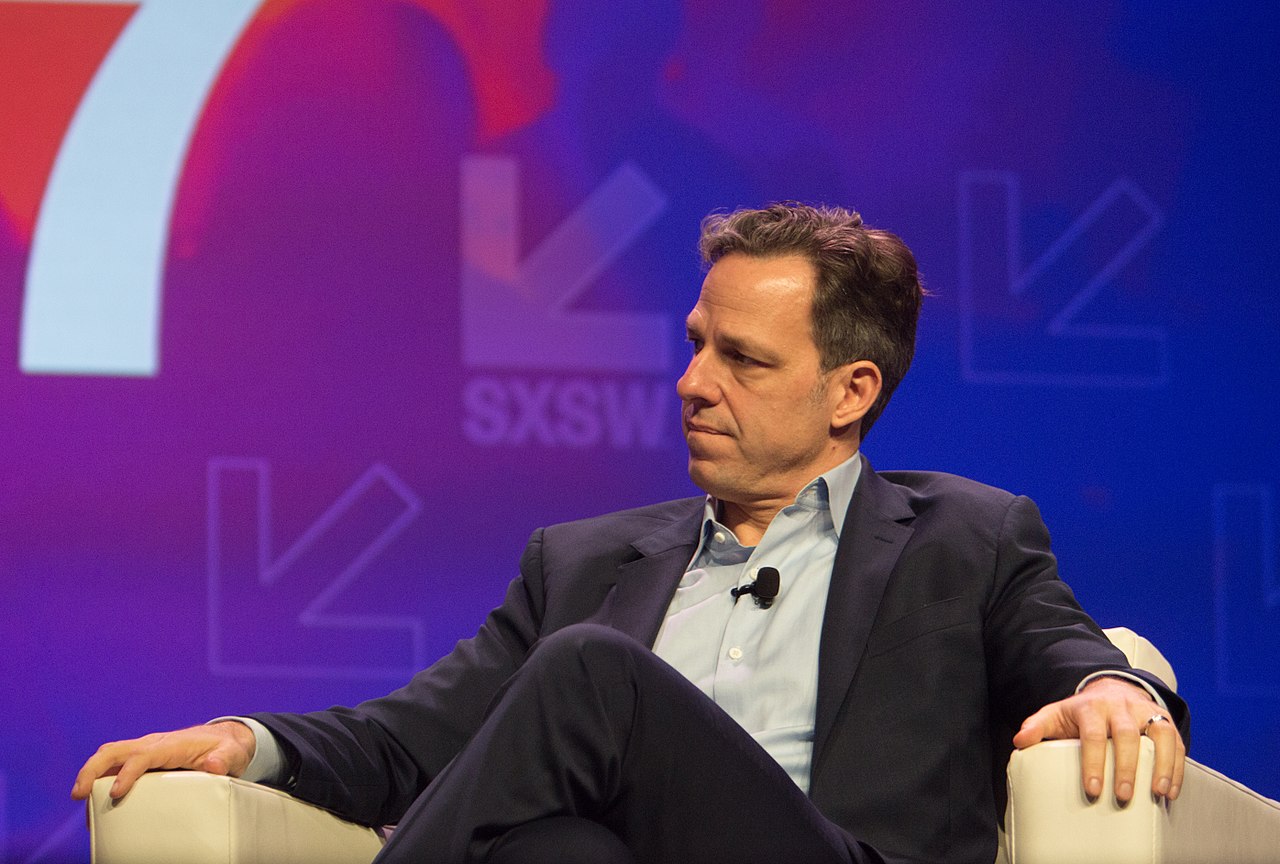 Consortium News was founded by Robert Parry in 1995 after he left the Associated Press and Newsweek because he became fed up with the mainstream media for trusting government rather than challenging it. Since that time, including after Parry’s untimely death in 2018, a cornerstone of Consortium News has been demanding evidence from government when they make anonymous claims without proof especially on the gravest matter of taking the United States to war.

Consortium News was among the first news outlets to challenge the U.S. government’s baseless claim that weapons of mass destruction in Iraq was a reason to invade that country.  A jingoistic corporate media, on the other hand, played a crucial role in facilitating that disastrous war, which violated international law and killed hundreds of thousands of innocent people.  For their efforts, Parry and other writers at Consortium News were smeared as Saddam stooges. But today, hardly anyone in Washington disputes that the 2003 Iraq invasion was one of the greatest foreign policy blunders in U.S. history.

Consortium News was also among the first to challenge the maniacal mainstream coverage of Russiagate, also presented without evidence.  CN was proven right after the $32 million investigation by Special Counsel Robert Mueller showed no evidence of a conspiracy between Russia and the Trump campaign, and after CrowdStrike’s president testified to Congress that there was no evidence of a hack of Democratic National Committee computer servers (the two main Russiagate allegations.)  Nonetheless Parry and other CN writers were smeared as Putin puppets.

On both scores Consortium News was proven right, but were condemned as being agents of hostile foreign powers.

Challenging government assertions and demanding proof is the very purpose of CN’s being in an era of corporate media malpractice. Uncritically rushing out unvetted whispers from unnamed U.S.  intelligence sources has been the hallmark of the most influential media outlets during this period.

Parry came out of a tradition in journalism in which it was not unusual even for mainstream reporters to ask government to back up what they said with evidence.  But that has not been the case for at least the last 30 years.

One can trace the rapid decline of corporate media to the establishment of Fox News by Rupert Murdoch in 1996. Fox shed any pretense of neutral journalism and plowed full bore into Republican Party ideology.  It was so successful that it destroyed CNN and MSNBC in ratings, eventually leading those networks to turn into Democratic Party ideologues, sealing the fate of TV journalism today.

With Russiagate, the Times and other newspapers followed suit. (At least the Times apologized to its readers for being cheerleaders for the Iraq invasion.) Democratic media viciously attacked President Donald Trump any chance it could, especially on the Russiagate fable, but solidly supported him as “presidential” as soon as he dropped bombs on a country.

In the drive towards war over Ukraine, Consortium News has in the past days and weeks published numerous articles from many different angles challenging U.S. government assertions about Russian intentions. For this we have again been rewarded with the smear of being Kremlin propagandists.

Gray Russian propaganda outlets (like "consortiumnews" here) are leveraging Zelensky's "don't panic" rhetoric to pretend that that the US & UK "want war". https://t.co/6zNyDMYDVQ

Pro-Russian outfits have a new line. Yep, Vladimir Putin @KremlinRussia will give @NATO @DefenceHQ @780thC a monunental display of Russian weakness and cowardice and bottle it in #Ukraine. Pathetic, @MOD_Russia. Remember how Vova embarrassed you. We’re all laughing. https://t.co/l93nQlirOF

But then something happened. Matt Lee, the Associated Press’ State Department correspondent, one of the last reporters in Washington out of the tradition Parry came from, challenged the department’s spokesman, former C.I.A. official Ned Price, to back up intelligence allegations that Russia was planning an elaborate false flag video to create a pretext to invade Ukraine.

Unable to provide the evidence, Price resorted to smearing Lee for taking “solace” in Russian messaging. It was the same type of McCarthyite attack that White House Press Secretary Jen Psaki leveled on a reporter for asking about the government’s account of an operation in Syria last week and even on a sitting U.S. senator.  It is one thing to smear alternative media and another to tar the mainstream, which the government needs to prosecute its wars.

The reaction from the mainstream was swift. It began with a series of tweets the same day as the Price-Lee exchange by The Washington Post‘s national political reporter Felicia Sonmez, who wrote, “It’s the job of reporters to ask for proof to back up government statements. Doing so does not mean one believes propaganda put out by U.S. adversaries.”

It's the job of reporters to ask for proof to back up government statements. Doing so does not mean one believes propaganda put out by U.S. adversaries. I imagine these officials know that. Are they simply throwing out these accusations in an effort to deter further Qs? 6/6

“It’s over. They’ve lost the press,” wrote one tweeter.

It's over. They've lost the press https://t.co/Ua8Fw8uG4l

That night on CNN, anchor Jake Tapper broadcast these words:

“What the Biden administration is doing here is saying to journalists, whose jobs are to be skeptical, and let us also note that U.S. intelligence and the Pentagon have not only gotten things wrong before, they have openly lied to the American people before. Then you have Psaki and Price saying, ‘Oh, so you side with our enemies?'”

And then on Friday, Charlie Savage of The New York Times wrote, what was for the Times an extraordinary news analysis, “Why ‘Trust Us’ Is Often Reason Enough Not to Trust the Government.” It began:

“The dramatic national security stories recounted in two official news briefings on Thursday centered on very different subjects, but they featured the same indignant pushback to questioning reporters: just trust us, unless you are more inclined to believe America’s enemies.”

The article examined the government’s spin on two stories, the killing by U.S. special forces of the ISIS leader in Syria last week, and the tale of the Russian false flag.

“Pressed for evidence supporting an official narrative about how children had died during a commando raid in Syria — specifically, that an ISIS leader’s bomb, not American forces, had killed them — the White House press secretary, Jen Psaki, seemed to bristle at a suggestion that people might be dubious about the civilian casualties.

And pushed for evidence supporting his announcement that intelligence showed that Russia had plans to manufacture a pretext to invade Ukraine — a fake video, with hauled-in corpses and ‘crisis actors,’ to frame the Ukrainian military for a genocidal attack on Russian speakers — the State Department spokesman, Ned Price, sharply rejected the idea.

‘We declassify information only when we’re confident in that information,’ Mr. Price said. ‘If you doubt the credibility of the U.S. government, of the British government, of other governments, and want to, you know, find solace in information that the Russians are putting out — that is, that is for you to do.’”

In the most sensitive and consequential government operations, the public is beholden to the narrative of officials — which sometimes turns out to be wrong. Yet officials can be defensive about skepticism from the news media … “

The piece then laid out a short history of U.S. government lying.

“In 2011, when the Obama administration announced the commando raid in Pakistan that killed Osama bin Laden, the president’s chief counterterrorism adviser, John O. Brennan, said the Qaeda leader had engaged in a firefight and used his wife as a human shield. Days later, the White House walked back its account, saying that bin Laden had been neither armed nor cowering behind a woman.

During the buildup to the 2003 invasion of Iraq, officials in President George W. Bush’s administration famously put forth intelligence about purported Iraqi weapons of mass destruction that turned out to be inaccurate. They also stoked baseless fears that Iraq’s secular dictator, Saddam Hussein, was collaborating with the religious extremists behind the Sept. 11 attacks, Al Qaeda.

During the wars in Vietnam and, more recently, in Afghanistan, administration officials under both parties often issued a more optimistic picture of progress to the public than the government’s internal assessments supported. And President Lyndon B. Johnson justified an escalation of the war in Vietnam based on a supposed North Vietnamese attack on an American vessel in the Gulf of Tonkin that never happened.”

The article only went so far, however. It  relapsed into default position, adopting the government line that Russia is lying about Ukraine and that the U.S. is nobly trying to stop a war and not trying to trap Russia into one.

“Recognizing that the American government has not always shared credible information and that its statements in such situations should be approached with skepticism is different from equating the United States to ISIS or to Russia, which is notorious for disinformation operations — including a propaganda campaign suggesting that Ukraine is guilty of genocide against its Russian-speaking citizens.

And there are differences that may lend a greater presumption of credibility to the U.S. government’s current claims. The situation on the border between Ukraine and Russia is not like Vietnam or Iraq, for example, in that the United States is trying to deter a conflict, rather than justify or start one.”

Consortium News took up the job that corporate media has failed for so long to do. If the new skepticism displayed by the AP, the Times and CNN has legs, however unlikely, it could lead to a revival of journalism in Washington, but don’t hold your breath.

“Imagine if this were standard practice for the media,” asked writer and documentary filmmaker Leighton Woodhouse. “How many wars could we have avoided?”

Imagine if this were standard practice for the media. How many wars could we have avoided? https://t.co/vgKd4CD8oS

25 comments for “NYT & CNN Playing Catch Up on Challenging Government”