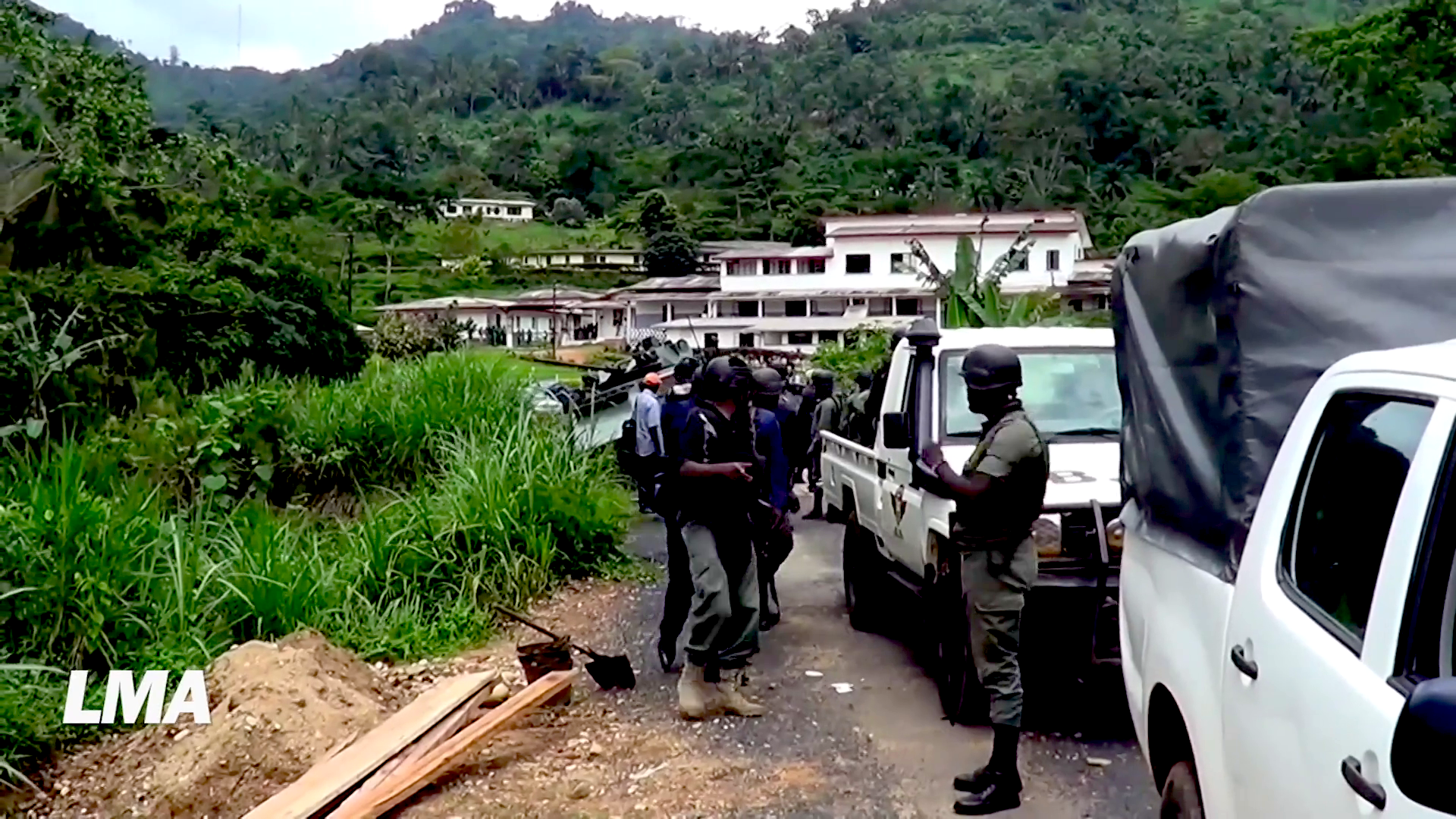 British diplomats believe Cameroon, a country with 27 million inhabitants, is run by just five men and that there is “extensive corruption.”

At the top is President Paul Biya, who has ruled the central African state with an iron fist for nearly 40 years. Now in his late 80s, he governs mostly from a luxury hotel in Switzerland.

But Britain supports his regime and conducted six secret counter-terrorism operations in Cameroon last year, it can be revealed.

Most of the operations involved training and “capacity building” for troops tackling the Boko Haram and Islamic State groups.

This included U.K. activity at a barracks in Cameroon’s far north, Salak, where Amnesty International says terrorism suspects were tortured.

Those forces are also accused of severe human rights abuses against an English-speaking “Ambazonian” movement.

In response to fresh demands for autonomy from the Francophone central government in 2017, Amnesty says more than 20 peaceful protesters were shot and over 500 arbitrarily detained.

Our revelations of British support for Biya’s regime come as Amnesty launched a campaign on Monday to free political prisoners in Cameroon.

Fabien Offner, a researcher for the group, said:

“Over the past five years, the human rights situation has grown increasingly bleak as people from Anglophone regions, including journalists, human rights defenders, activists and supporters of political opposition, have been arrested and jailed for expressing their opinions or peacefully protesting.”

The U.K. government is aware of such abuses. British officials have privately noted Biya’s “frequent detention of opposition activists and unjustifiably broad use of the anti-terrorism law.” 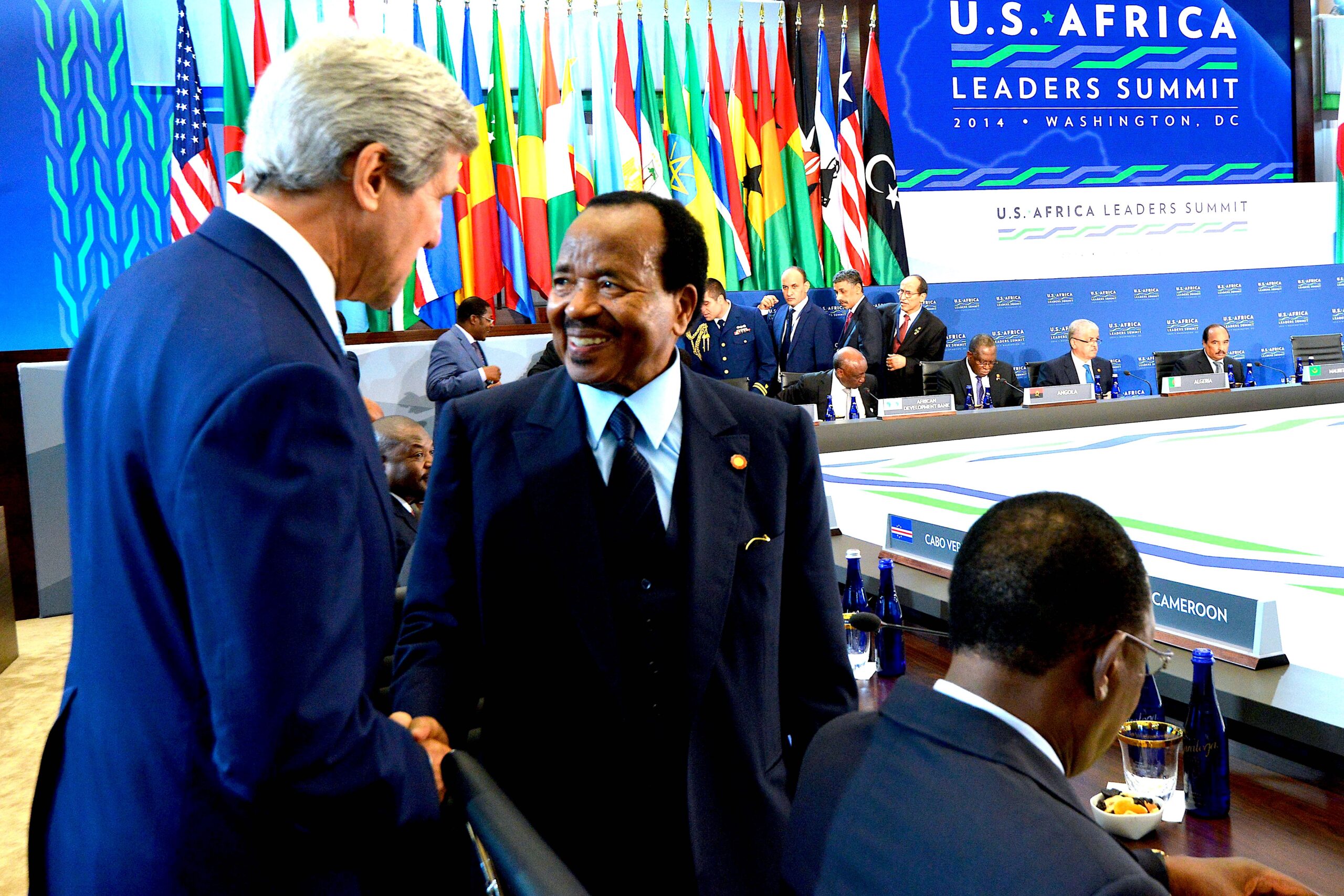 In return for this and other services, Biya awarded the officer — lieutenant colonel ‘Sid’ Purser — the equivalent of an MBE.

There, he has cultivated “influential relationships” with Biya’s “right hand man,” Ferdinand Ngoh Ngoh, and Cameroon’s spy chief Leopold Maxine Eko Eko. Cameroon’s prime minister and defence minister appear to be the other most influential people.

Ngoh Ngoh came to Britain in May 2018 to visit the U.K. intelligence community.

Eko Eko runs the country’s fearsome intelligence agency, the Directorate General Research External (DGRE). British diplomats described him as a “dove” and said his spies “previously had a bad compliance reputation” until he took over in 2010.

However, Amnesty International has published allegations of torture throughout Eko Eko’s leadership of the DGRE. Former detainees say senior DGRE officers got away with torture from 2013-17.

Despite Amnesty’s detailed report, U.K. Defence Minister James Heappey met Eko Eko at a dinner hosted by the British ambassador while visiting Cameroon last spring. The British minister was briefed to “reinforce the view that protecting the civilian population is paramount.”

He was also advised to “praise” Eko Eko for his counter-extremism efforts and “thank” him for letting British troops conduct “capacity building” of the DGRE at Salak, which is “close to the area of operations.” The spy chief deployed 32 of his men at the notorious torture site to coincide with the U.K. training.

Ministry of Defence (MOD) briefing papers for Heappey’s visit have been obtained by Declassified. They expose the scale of Britain’s covert military role in the African police-state ­­ — where France is traditionally seen as the more dominant European power.

The documents show how British diplomats overlook Biya’s “shortcomings on human rights and democracy,” partly because he voted with the U.K. to condemn the use of chemical weapons by Russia and Syria.

The U.K. saw Cameroon as a “priority lobbying country” at the Organisation for the Prohibition of Chemical Weapons (OPCW).

“President Biya is instinctively a supporter of the rules-based international order,” the then UK High Commissioner Rowan Laxton insisted.

A few months later, more than 500 activists from the opposition party, the Movement for the Renaissance of Cameroon, were reportedly rounded up.

The crackdown earned Biya criticism from 14 U.N. human rights experts, who were “extremely worried about mass arrests of peaceful protesters and political activists who express dissent.” More than 100 activists from this group remain in detention, Amnesty said on Monday. 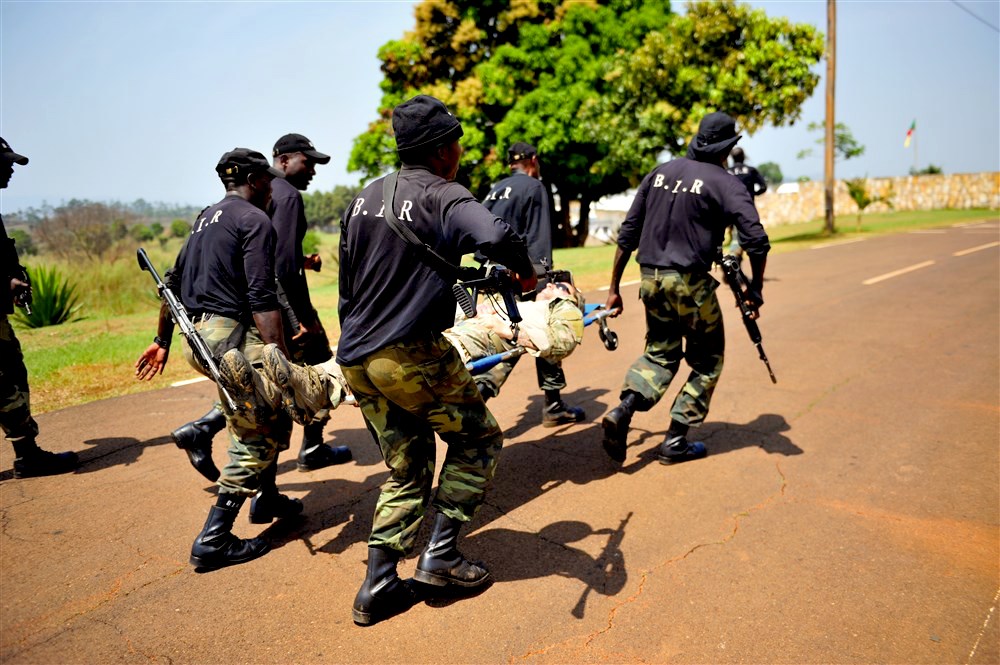 As well as supporting Cameroon’s intelligence agency, Britain works with the regime’s special forces. “The main focus of UK capacity building in Cameroon” is on the Bataillon d’Intervention Rapide (BIR), or Rapid Intervention Battalion, the documents show.

This is a well-armed elite force of 10,000 men. They are accused of torture, executing women and children, and burning down a village. French, U.S. and Israeli support for the BIR is well known, whereas Britain’s role has remained largely hidden.

Minister Heappey was photographed on Twitter with the BIR during his visit to Cameroon last year. The MOD’s tweet said British troops were “working alongside Cameroon’s BIR force to counter the twin threats of Islamic State and Boko Haram in the Lake Chad Basin.”

His briefing notes reveal much more about the extent of this deployment. They show Heappey met Colonel Ndongo, the BIR commander of what the Biya regime calls Operation Alpha — its mission against Boko Haram.

Heappey was told to congratulate the colonel on his “successful” work against the terror group and ask what more the U.K. could do. The British minister then observed U.K. troops providing capacity building in Salak, where detainees have allegedly been tortured.

A British army short-term training team was deployed to Salak from January 2021. There they conducted “train and advise activity with BIR and DGRE” until around mid-April 2021.

By that stage, Whitehall was considering “whether the capacity building should evolve to include assist, enable or accompany functions.” It is not clear if this development went ahead. 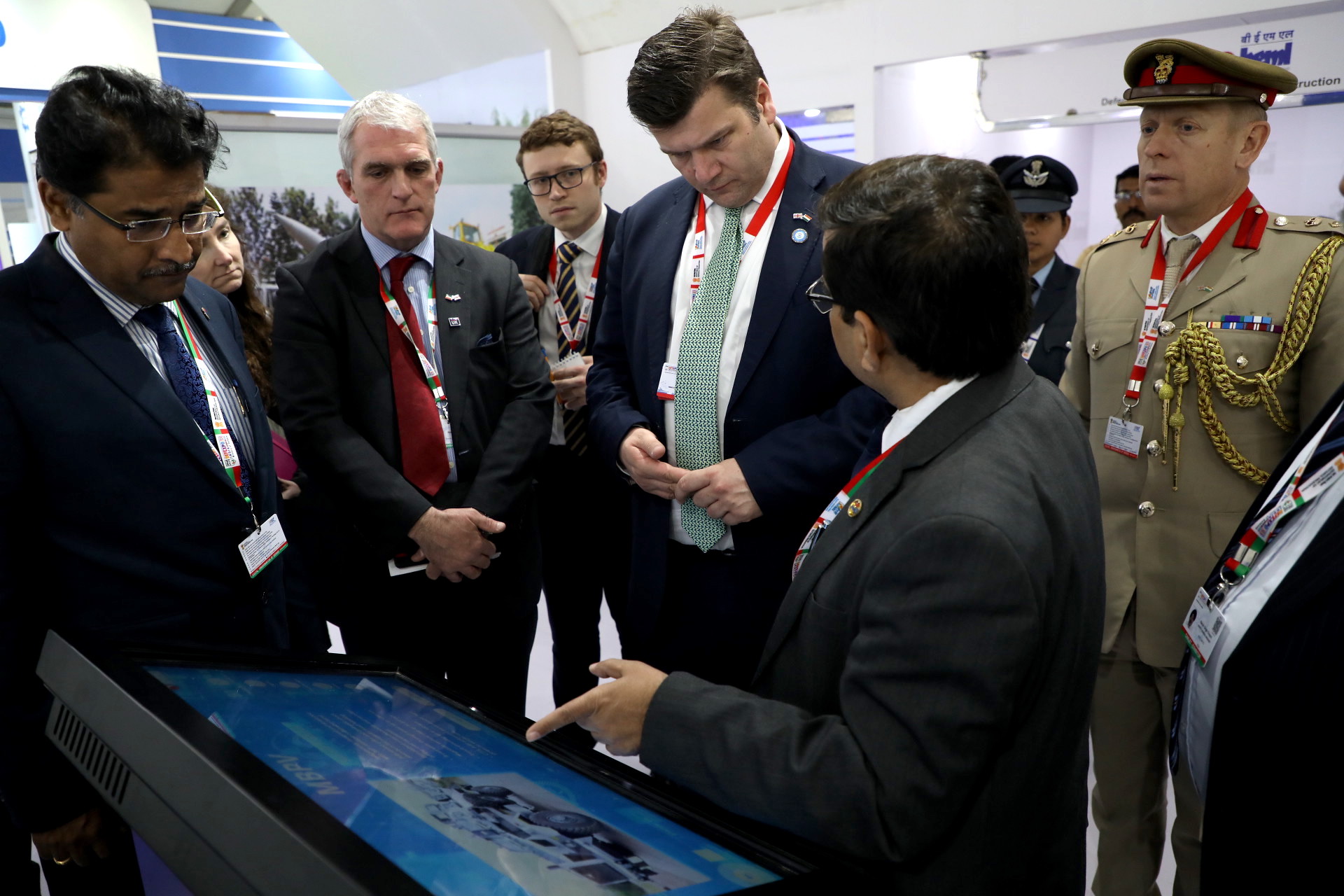 A U.K. brigadier general who visited Cameroon during the deployment “noted the professionalism” of the BIR and DGRE but worried their successes were “generally short lived.”

France asked the U.K. to “do more” to counter the Islamic extremist group in 2016. The then Prime Minister Theresa May agreed.

Purser’s military post in Cameroon was established and he focused “on delivering effect in North East Nigeria from the ‘outside-in.’ ”

His more recent work in Cameroon has relied on troops from 1 Scots Specialised Infantry Group.

These soldiers are now part of the army’s special operations brigade, a new “ranger battalion” that is expected to fight alongside allies in counter-insurgency situations.

This concept has already been trialed in Cameroon, where an “exchange of notes … provides for U.K. jurisdiction and carriage of weapons in the far north.”

It also sets out Britain’s human rights concerns and “what our response would be to any infraction.” The files say “this is closely monitored.”

The risk is so high that U.K. training “has been designed to be delivered directly to force elements that are already deployed or will deploy shortly” on operations to counter Boko Haram or Islamic State in northern Cameroon.

This is “intended to minimise the risk of UK trained units being diverted to other theatres,” a reference to parts of the country where English-speakers are struggling for independence.

Training includes “mountain manoeuvre” and “targeted use of intelligence (to reduce collateral damage)”. The MOD claims the training has made Cameroon’s state security forces “highly effective”. The Red Cross provides sessions on the law of war as part of the training. 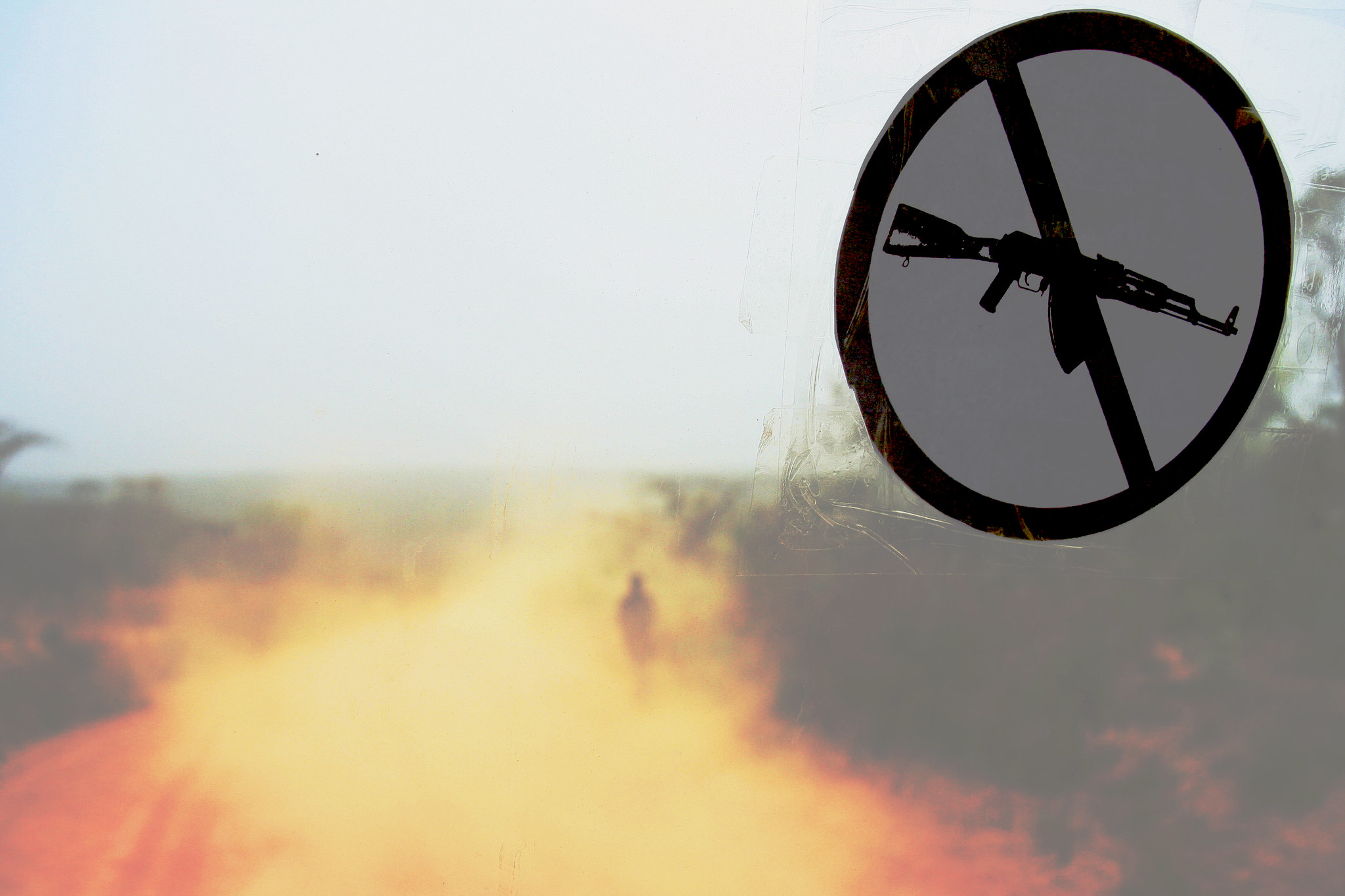 Inside the windshield of an aid vehicle moving through a conflict zone in Cameroon in 2009. (U.K. DFID / Simon Davis)

Air support for ground troops appears to be an issue. All three of Cameroon’s C130 military transport planes were grounded in March 2021.

Marshall Aerospace, a British firm, signed a contract in 2019 to maintain the aircraft but it is awaiting payment from Cameroon’s state oil company.

Heappey was instructed to ask Biya’s right-hand man, Ngoh Ngoh, to “unlock the bureaucracy” and let the payment go through.

Another British business, the Westminster-based Torchlight Group, has provided intelligence analyst training to “all force elements engaged in the far north” of Cameroon.

It helped “provide interoperability between all agencies” such as DGRE and the BIR over the last three years. Torchlight did not respond to a request for comment. 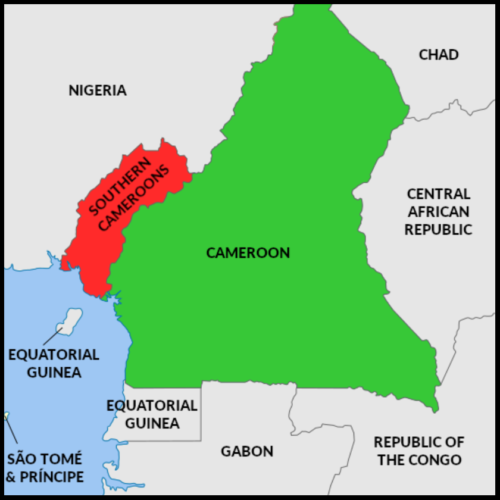 The papers provide a rare insight into the Foreign Office’s view of the Ambazonia conflict. The region was once a British colony called the Southern Cameroons. During independence negotiations in 1961 local people voted to join the larger, French-speaking part of Cameroon.

A federal system that was meant to preserve some autonomy gradually broke down, and this marginalization fueled Ambazonian separatist sentiment.

The documents show British diplomats noting that “widespread human rights abuses continue to occur at the hands of both separatists and state security forces” in Ambazonia.

“There is no chance of — and little popular support for — independence … But the conflict will continue to simmer unless and until the Government addresses the reasonable demands of the moderate majority.”

These “moderate” demands are seen as greater autonomy, financial support, protection of civilians and respect for the use of English.

U.K. officials think Biya had “a long period of denial” on the Anglophone crisis and that his defence minister, Joseph Beti Assomo, believes it can be “ended through military action alone.”

At Heappey’s meeting with Ngoh Ngoh, who is also Biya’s likely successor, he was told to point out:

“There still appears to be too many allegations relating to the Anglophone crisis, notwithstanding the possibility of disinformation [fake news], all credible allegations must be investigated.”

An initial “dialogue plan” for the crisis was “developed in coordination with Sir Jeffrey Donaldson”, a right-wing MP in Northern Ireland.

Donaldson walked out on the Good Friday Agreement peace talks but has styled himself as an international conflict negotiation expert.  He is now U.K. trade envoy to Cameroon.

Heappey was advised to tell Cameroon’s spy chief, Eko Eko, that “military operations must be intelligence led and precise and that dialogue is essential to achieving a peaceful solution to the conflict.”

He was to “highlight our own examples/lessons from Northern Ireland where the UK did not always get it right” such as internment —  the mass detention of terrorist suspects without trial.

“The UK is committed to working with regional allies in Central and West Africa to tackle violence in the Lake Chad Basin.

“Cameroon is an important partner in this effort and we are exploring what further support we can provide to tackle shared security challenges and further contain the spread of violent extremism in the region.”

The Cameroonian authorities did not respond to a request for comment.