Oxfam is pressing the U.N. Security Council to “inject new urgency” into peace talks after the civilian death toll from the Saudi-led strikes breaks records this month. 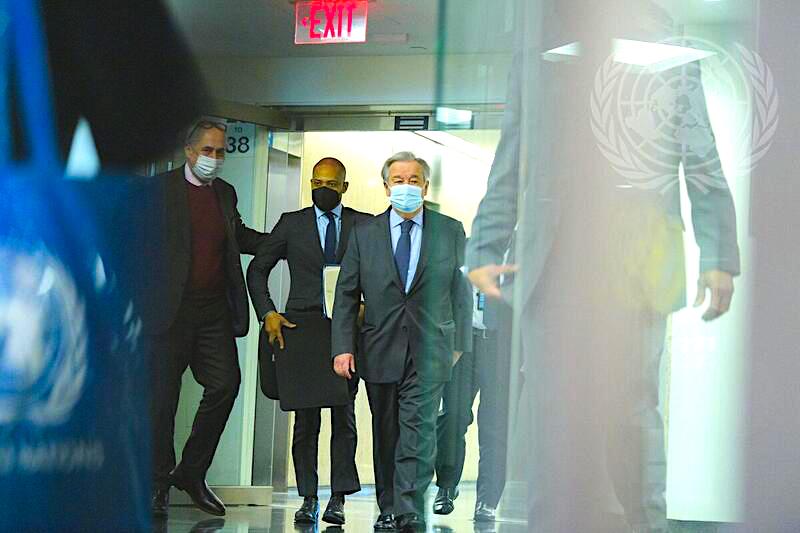 As United Nations officials project that the civilian death toll from the Saudi-led coalition’s strikes on Yemen will break records this month, Oxfam sounded the alarm on the group’s difficulties providing aid in the war-torn country and urged action from the U.N. Security Council.

“Children are traumatized — we tell them don’t worry, it’s all fine, but they wake up to the sound of massive explosions just like we do,” he continued. “Each night we go to bed and just pray we wake up in the morning.”

Mohammed explained that “we’ve lived with war for nearly seven years but the last few days have been the worst and I’m worried about what the next hours will bring.” The recent escalation has forced Oxfam to suspend work in some areas due to safety concerns and restrictions on movement. Fuel shortages and soaring prices also threaten aid deliveries of essentials like food, water, and medicine.

“The violence must end immediately so families can feel safe in their homes, and humanitarian agencies can resume lifesaving work,” Mohammed declared. “But we need more than a ceasefire, as in the past these have not led to sustainable peace.”

“The U.N. Security Council needs to inject new urgency into talks to ensure an end to the conflict and all sides must agree to prioritize the lives of Yemenis above all else,” he said. Mohammed pointed out that “in recent weeks, the U.N. Security Council has reacted strongly to violence against civilians in other countries emanating from Yemen, but not to widespread attacks taking place in Yemen.”

“To fulfill its responsibility to uphold international peace and security,” he said, “the council must demonstrate the same concern for Yemenis as it does for others across the region and the world.” 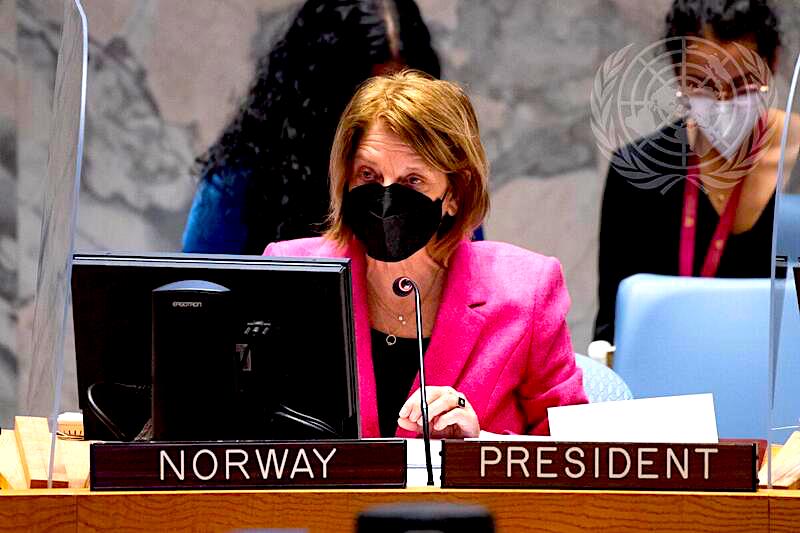 Norway’s Mona Juul, president of the U.N. Security Council for the month of January, chairing a Jan. 12 meeting on the situation in Yemen. (UN Photo/Eskinder Debebe)

U.N. Security Council President Mona Juul of Norway said last week in a press statement arrived at by consensus of the 15-member body that the council “condemned in the strongest terms the heinous terrorist attacks … committed and claimed by the Houthis” in the United Arab Emirates on Jan. 17 as well as in other sites in Saudi Arabia. The statement did not mention UAE and Saudi actions that harm Yemenis.

MSNBC columnist Trita Parsi on Tuesday highlighted similar behavior by the U.S., which holds one of the five permanent seats on the council:

Yet, days later, when Saudi Arabian airstrikes killed at least 70 civilians in Yemen, including three children, the Biden team only mustered a meek call for all parties to de-escalate. Despite the carnage, Biden sustained his perfect record of never condemning Saudi Arabia for its devastation of Yemen, let alone calling it terrorism.”

Given that “the Saudis, the Houthis, and the Emiratis have all been accused of committing war crimes,” and “none of them pose a threat to the United States,” Parsi argued, “the only justified American involvement would be to help negotiate an end to the conflict.” 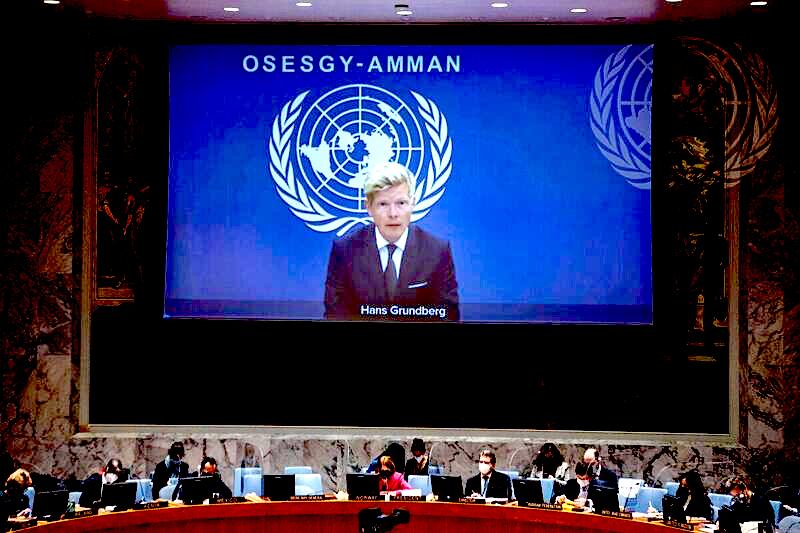 Hans Grundberg, the United Nations special envoy for Yemen, and David Gressly, the U.N. resident and humanitarian coordinator for the country, also encouraged peace talks alongside a bleak warning.

“We are alarmed by the escalating spiral of violence in Yemen that continues to harm civilians and is spilling over its borders,” they said in a joint statement Tuesday. “January will almost certainly be a record-shattering month for civilian casualties in Yemen.”

Grundberg and Gressly reiterated U.N. Secretary-General António Guterres’ condemnation of the Saudi-led coalition’s Jan. 21 airstrike on a prison and migrant detention facility that reportedly killed 91 people and injured 226 others — which, they noted, was “the worst civilian casualty incident in Yemen in three years.”

“Over the past few weeks, airstrikes and missile attacks have hit hospitals, telecommunication infrastructure, airports, a water facility and a school,” they said, also denouncing the “alarming uptick in attacks” that have killed civilians and damaged infrastructure in Saudi Arabia and the UAE.

“The scale of the escalation is exacerbating an already severe humanitarian crisis in Yemen, complicating efforts to provide relief, threatening regional security, and undermining efforts to bring an end to the conflict,” the U.N. officials continued.

Grundberg and Gressly issued a blanket reminder about obligations under international humanitarian law and said that “the United Nations has been in contact with all sides to explore options to achieve de-escalation and begin an inclusive dialogue aimed at reaching a negotiated political settlement that comprehensively ends the conflict.”

“We urge all parties to engage with these efforts immediately and without preconditions,” the pair added. “We call upon them to prioritize the needs and interests of the Yemeni people.”

← Caitlin Johnstone: The Secrecy of Evidence
In the Spirit of Robert Parry →