There’s great temptation for Washington to get involved, says Anatol Lieven, whether it be driven by the pro-democracy industry or to cause trouble for Russia and China. 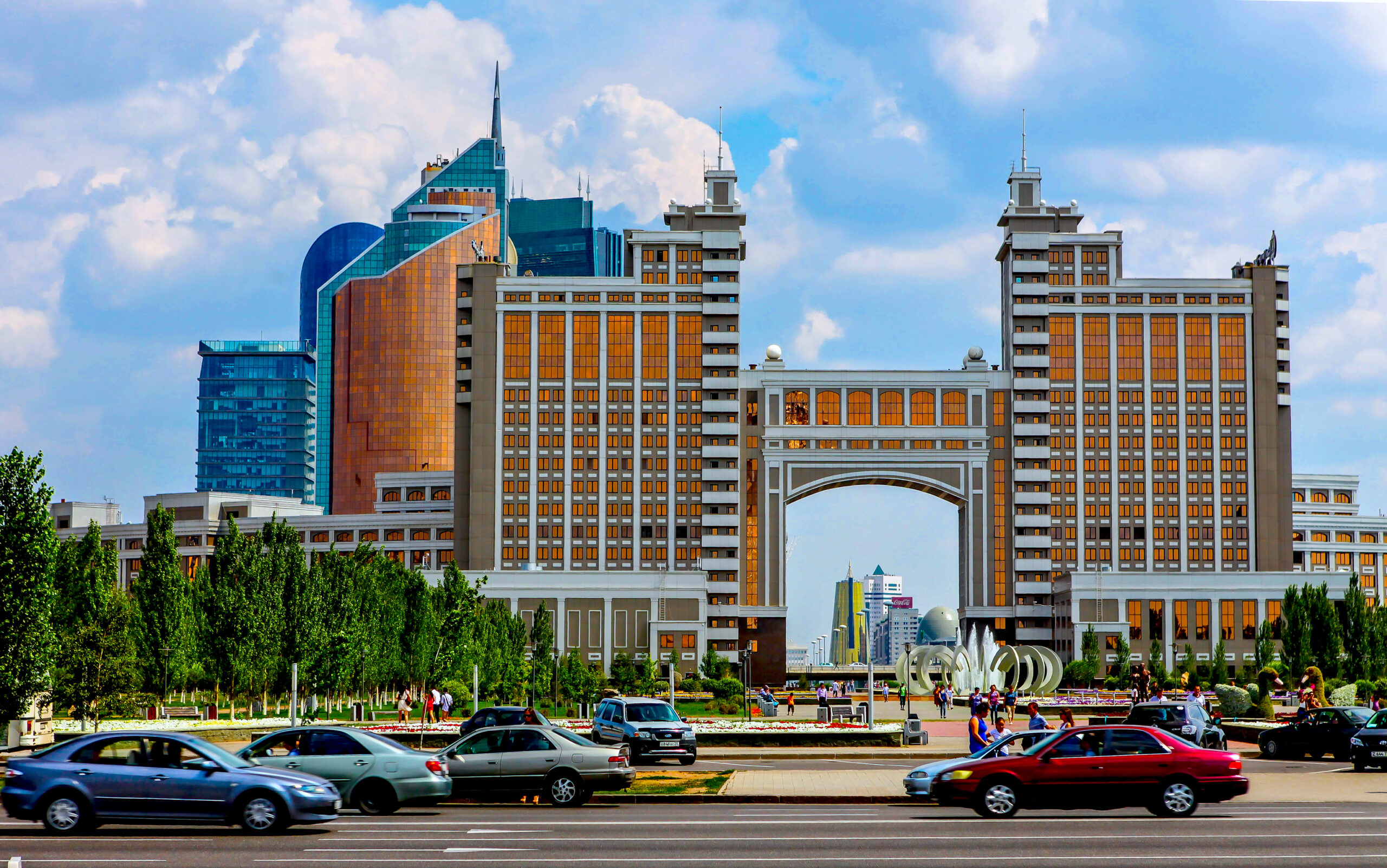 Headquarters of KazMunayGaz, or KMG, the state-owned oil and gas company of Kazakhstan in the capital city of Nur-Sultan. (Ninaras, CC BY 4.0, Wikimedia Commons)

Despite Russian hints, there is no evidence that the United States was involved in the latest violent protests in Kazakhstan. However, there now exists a strong temptation for America to get involved — and it is a temptation that must be firmly resisted by the Biden administration.

Aspects of the latest unrest remain unclear. It has been suggested that it was partly caused by struggles within the Kazakh elites between supporters and opponents of former President Nur-Sultan Nazarbayev, who until this week retained considerable power over the government.

The most important underlying reason for the unrest however is entirely clear. It lies in the gross mismatch between Kazakhstan’s huge revenues from energy exports (more than $30 billion in 2021), the vast wealth of its elites and the poverty of the mass of its population, with an average household income last year of only $3,200. As a Kazakh trades unionist told The New York Times:

Regional factors also played a part: the hugely expensive move of the capital from the biggest city, Alma Aty, to a new capital, Astana, then renamed — to add insult to injury as far as Alma Aty is concerned — Nur-Sultan after Nazarbayev. The failure to distribute the benefits of energy revenues to the western region of Menghystau where most of the oil and gas is produced is also a factor. The government decision (now suspended) to lift the cap on domestic fuel prices was only the last straw for many ordinary Kazakhs.

The temptation for the United States to become involved in backing unrest in Kazakhstan stems from two sources (apart from the innate tendency of the democratism industry in the West to idealize any protest against an authoritarian regime as “democratic” and to lend it unthinking support). First of course is the desire to make trouble for Russia. Already, while U.S. Secretary of State Anthony Blinken has criticized Russia’s dispatch of troops to Kazakhstan, sections of the Western media and commentariat are celebrating the diversion of Russian military force and attention from Ukraine. 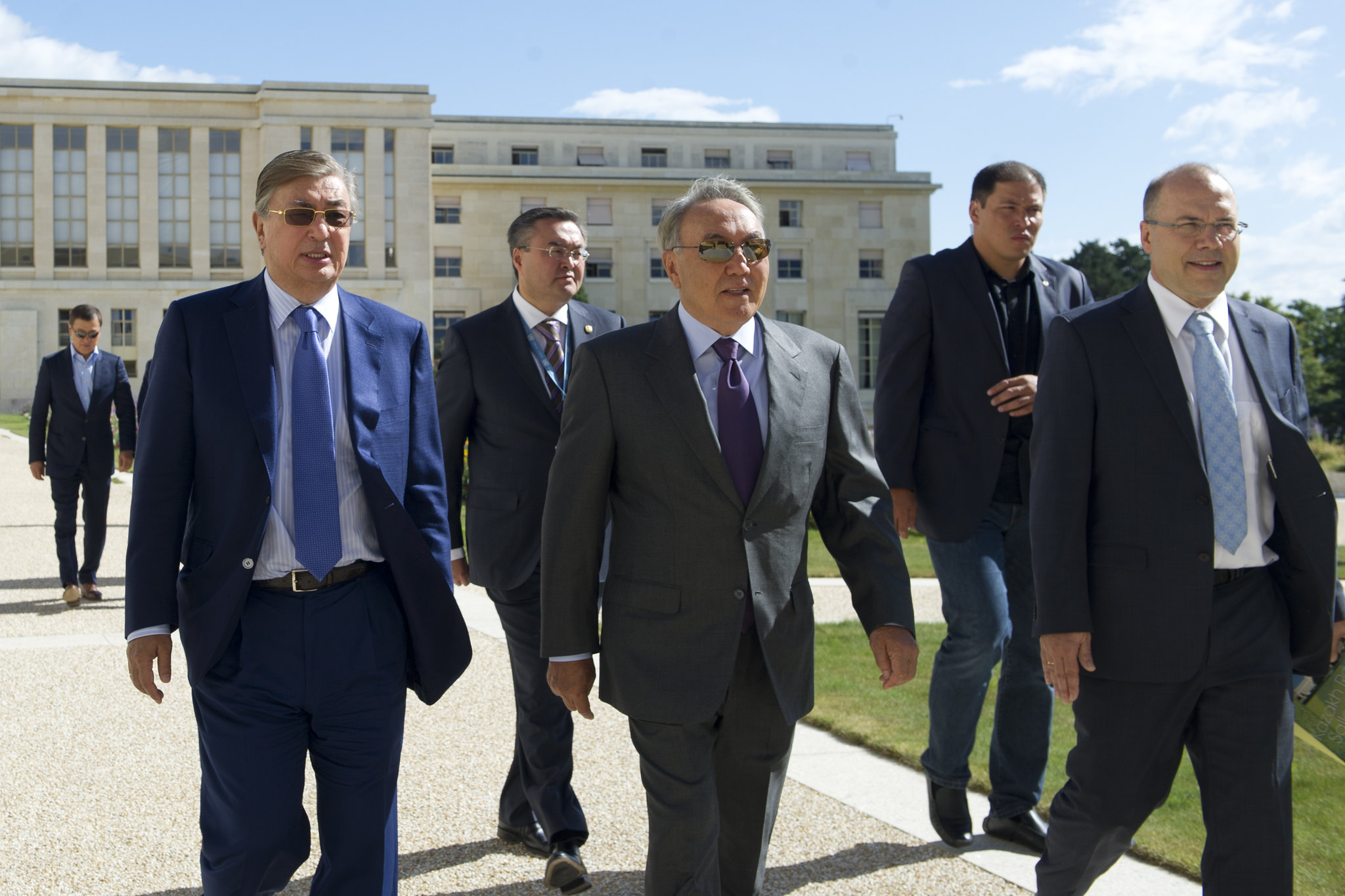 The second motive lies in a desire to make trouble for China. One important part of China’s Belt and Road network is intended to run through Kazakhstan. China has invested heavily in Kazakhstan’s infrastructure and created a free trade zone and transport hub at Khorgos on the border with Kazakhstan.

Kazakhstan borders on Chinese Sinkiang, and a large part of Sinkiang’s population is ethnic Kazakh. Over the past year, the Kazakh government has had to make intensive efforts to prevent anger within Kazakhstan at China’s repression in Sinkiang from boiling over into mass protests.

If the Kazakh government collapses or is gravely weakened, it would be very surprising if hard line elements in Washington did not see this as an opportunity to use Kazakhstan as a base to undermine Chinese rule in Sinkiang — even if (as in Syria) this led them into de facto alliance with Islamist extremist forces.

For America to use Kazakhstan in this way would be both a crime and a blunder, that would recall the worst aspects of U.S. policy in Africa, Asi, and Central America during the Cold War. It would in fact cast America in the role in which American commentators like to cast Russia — that of a cynical troublemaker, absolutely indifferent to the consequences of its actions for unfortunate populations on the ground.

Kazakhstan’s permanent and inescapable geopolitical position was well summed up for me by a Kazakh official back in 1995, when America was seeking expanded influence in Central Asia. He said that of course the Kazakh government wanted U.S. investment and good relations with the United States but:

“You have to understand that every sensible Kazakh has a map in his head. What that map shows is that Russia is there, and China is there, and Kazakhstan is in the middle. And America does not appear anywhere on that map.”

An even more morally and politically serious reason why Washington should not seek to weaponize unrest in Kazakhstan against Russia and China relates to Kazakh ethnic nationalism. The greatest achievement of the Kazakh regime since independence has been to consolidate Kazakh independence and national identity without inspiring ethnic chauvinism against the country’s Russian minority. Moscow in turn has never sought to encourage that minority to revolt.

The potential for ethnic conflict however remains enormous. In August of 2021, criticism from Russia led the Kazakh government to take action against “language patrols” of Kazakh nationalists forcing shops to use the Kazakh language and humiliating Russians in public for not speaking Kazakh.

Under both Russian imperial and Soviet rule Kazakhstan was exposed to repeated waves of Russian and Ukrainian settlement and state repression, until by the 1960s ethnic Kazakhs were a minority. During the famine of the early 1930s caused by Stalin’s collectivization of agriculture, Kazakhs suffered proportionately more deaths than any other Soviet nationality. Since the 1980s, the decline in the Russian birth rate and Russian and other European migration from Kazakhstan has reduced the European minorities to just over 20 percent; but Russians still form the majority in the far north of the country.

The absence to date of ethnic conflict in Kazakhstan reflects two other, crucially important patterns in post-Soviet history. The first is that Vladimir Putin is a Russian state nationalist in the old Russian imperial and Soviet tradition, dedicated to Russian power (naturally, as embodied in the person of Vladimir Putin) but he is not a Russian ethnic nationalist. This is evident both from his own writings and the thoroughly multi-ethnic character of his regime. The second is that rather remarkably, among all the instances of mass ethnic violence that followed the fall of the U.S.S.R., none were directed against ethnic Russians outside Russia.

The United States has backed anti-Russian ethnic nationalism in the Baltic States, Ukraine and elsewhere, but this has never taken the form of ethnic pogroms. Given the violent events of the past week in Kazakhstan, there can be no confidence at all that further protests in Kazakhstan may not take the form of ethnic chauvinism and attacks on ethnic Russians.

Small-scale violence and the threat of it against Russians did occur in Kazakhstan and elsewhere. Thus in 1992, I interviewed a Russian engineer who had fled that year from a town in southern Kazakhstan (where Russians were already a small minority). He said that every evening when he walked home from work, Kazakh youths would fall in step with him and tell him that if he and his family did not leave, they would rape his daughters.

“I did not know if they really would have. As far as I know, I was not unpopular,” he said. “But the risk was there. And above all, I knew that if that happened, the Kazakh police would have done nothing. So we left.”

The deployment of Russian troops to Kazakhstan to support the government is likely to increase anti-Russian feelings; and if, God forbid, ethnic violence does erupt in Kazakhstan, it could help to produce a future Russian government far more chauvinist than that of Putin. This would be a disaster for Russia, Russia’s neighbor, and above all Russia’s own ethnic minorities. And if Washington were seen to be supporting violence against ordinary Russians, then America will be faced in future with a danger far more formidable than that of Putin: an infuriated Russian nation.

Anatol Lieven is senior research fellow on Russia and Europe at the Quincy Institute for Responsible Statecraft. He is author of several books on Russia and its neighbors including The Baltic Revolutions: Estonia, Latvia, Lithuania and the Path to Independence and Ukraine and Russia: A Fraternal Rivalry. His book Pakistan: A Hard Country is on the official reading lists for U.S. and British diplomats serving in that country. His latest book, Climate Change and the Nation State, was published in March 2020 by Penguin in the U.K. and Oxford University Press in the U.S.

This article is from Responsible Statecraft.

← Craig Murray: What Kazakhstan Isn’t
The Spy Who Went on Safari →

6 comments for “US Must Stay Out of Kazakhstan’s Troubles”