After the failure so far of U.S.-Russia talks on Monday, we revisit a 2014 article by Robert Parry that explores the U.S. attitude toward Russia over Ukraine that is still the obstacle in the current talks.

Since World War II and extending well into the 21st century the United States has invaded or otherwise intervened in so many countries that it would be challenging to compile a complete list. Just last decade, there were full-scale U.S. invasions of Afghanistan and Iraq, plus American bombing operations from Pakistan to Yemen to Libya.

So, what is one to make of Secretary of State John Kerry’s pronouncement that Russia’s military intervention in the Crimea section of Ukraine at the behest of the country’s deposed president is a violation of international law that the United States would never countenance?

Nuland, a leading figure in supporting the coup against Ukraine’s Yanukovych. (State Department)

Kerry decried the Russian intervention as “a Nineteenth Century act in the Twenty-first Century.” However, if memory serves, Sen. Kerry in 2002 voted along with most other members of the U.S. Congress to authorize President George W. Bush’s invasion of Iraq in 2003, which was also part of the Twenty-first Century. And, Kerry is a member of the Obama administration, which like its Bush predecessor, has been sending drones into the national territory of other nations to blow up various “enemy combatants.”

Are Kerry and pretty much everyone else in Official Washington so lacking in self-awareness that they don’t realize that they are condemning actions by Russian President Vladimir Putin that are far less egregious than what they themselves have done?

If Putin is violating international law by sending Russian troops into the Crimea after a violent coup spearheaded by neo-Nazi militias ousted Ukraine’s democratically elected president and after he requested protection for the ethnic Russians living in the country’s south and east then why hasn’t the U.S. government turned over George W. Bush, Dick Cheney and indeed John Kerry to the International Criminal Court for their far more criminal invasion of Iraq?

In 2003, when the Bush-Cheney administration dispatched troops halfway around the world to invade Iraq under the false pretense of seizing its non-existent weapons of mass destruction, the U.S. touched off a devastating war that killed hundreds of thousands of Iraqis and left their country a bitterly divided mess. But there has been virtually no accountability.

And, why haven’t many of the leading Washington journalists who pimped for those false WMD claims at least been fired from their prestigious jobs, if not also trundled off to The Hague for prosecution as propagandists for aggressive war?

Remarkably, many of these same “journalists” are propagandizing for more U.S. wars today, such as attacks on Syria and Iran, even as they demand harsh penalties for Russia over its intervention in the Crimea, which incidentally was an historic part of Russia dating back centuries. 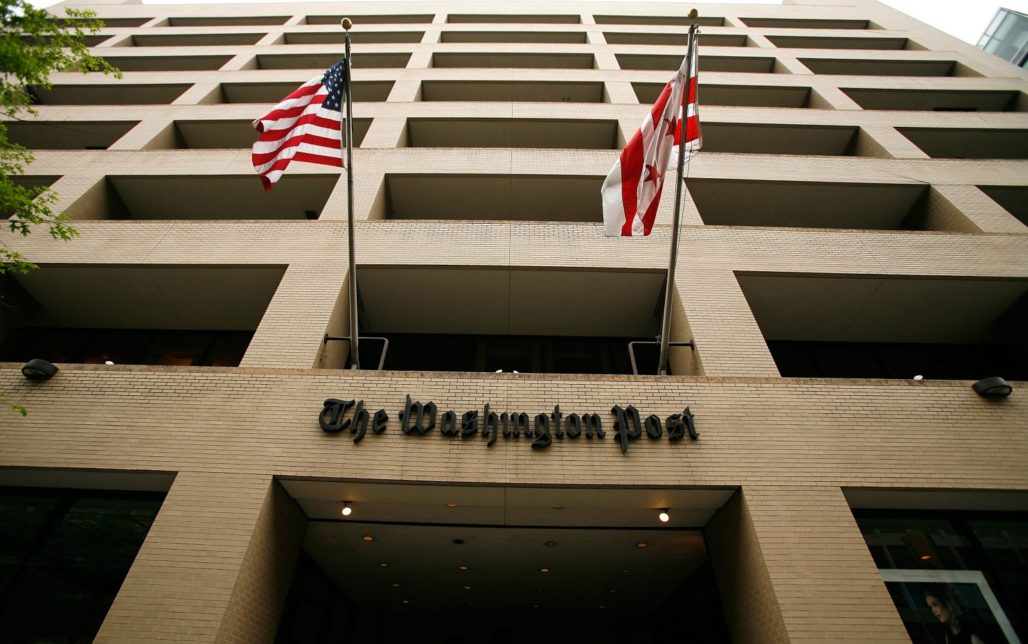 A stunning example of the U.S. media’s double standards is The Washington Post’s editorial-page editor Fred Hiatt, who pushed for the U.S. invasion of Iraq in 2003 by treating the existence of Iraq’s non-existent WMD as “flat fact,” not an allegation in dispute. After the U.S. invasion and months of fruitless searching for the promised WMD caches, Hiatt finally acknowledged that the Post should have been more circumspect in its claims about the WMD.

“If you look at the editorials we write running up [to the war], we state as flat fact that he [Saddam Hussein] has weapons of mass destruction,” Hiatt said in an interview with the Columbia Journalism Review. “If that’s not true, it would have been better not to say it.” [CJR, March/April 2004]

Yes, that is a principle of journalism, if something isn’t true, we’re not supposed to say that it is. Yet, despite the enormous cost in blood and treasure from the Iraq War and despite the undeniable fact that the U.S. invasion of Iraq was a clear violation of international law nothing happened to Hiatt. He remains in the same job today, more than a decade later.

His editorials also continue to state dubious points as “flat fact.” For instance, the Post’s belligerent editorial on Monday, entitled online as “President Obama’s foreign policy is based on fantasy,” resurfaces the discredited claim that the Syrian government was responsible for a chemical weapons attack outside Damascus on Aug. 21, 2013.

The Post wrote, “Since the Syrian dictator crossed Mr. Obama’s red line with a chemical weapons attack that killed 1,400 civilians, the dictator’s military and diplomatic position has steadily strengthened.”

Note how there is no attribution or doubt expressed regarding either the guilt of the Syrian government or the number of casualties. Just “flat fact.” The reality, however, is that the U.S. government assertions blaming the Syrian regime of Bashar al-Assad for the poison gas attack and the death tally of 1,400 have both crumbled under examination.

The U.S. casualty figure of “1,429” always was regarded as a wild exaggeration, since doctors on the scene cited a much lower death toll of a few hundred, and the Wall Street Journal later reported that the strangely precise number was ascertained by the CIA applying facial recognition software to images of dead bodies posted on YouTube and then subtracting duplicates and those in bloody shrouds.

The problems with this “methodology” were obvious, since there was no way to know the dates when the YouTube videos were taken and the absence of bloody shrouds did not prove that the cause of death was poison gas.

More significantly, the U.S. claims about where the missiles were launched more than nine kilometers from the impact site turned out to be false, since expert analysis of the one missile that was found to carry Sarin gas had a maximum range of around two kilometers. That meant that the launch site was within territory controlled by the Syrian opposition, not the government. [See Consortiumnews.com’s “The Mistaken Guns of Last August.”]

Though it remains unclear which side was to blame for the chemical attack, the Syrian government’s guilt surely was not a “slam dunk” anymore than the Iraqi government’s possession of WMD in 2003. In such a case especially on sensitive matters of war or peace responsible journalists reflect the uncertainty, not simply assert an allegation as “flat fact.”

However, since Hiatt was never punished for his earlier journalistic violation even though it contributed to the deaths of hundreds of thousands of people, including some 4,500 U.S. soldiers he is still around to commit the same offenses again, in an even more dangerous context, i.e., a confrontation between the United States and Russia, two nuclear-armed states.

Pushing for a New Cold War 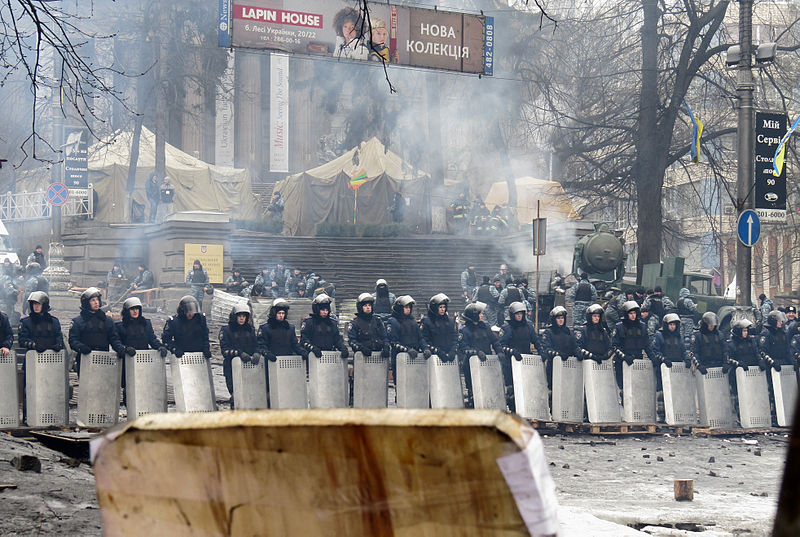 And, what do Hiatt and other neocons at The Washington Post say about confronting the Russians over the Ukraine crisis, which was stoked by neocon holdovers in the U.S. State Department, such as Assistant Secretary of State Victoria Nuland, and the U.S.-funded National Endowment for Democracy, which was founded in 1983 to replace the CIA in the business of destabilizing targeted governments? [See Consortium News “What Neocons Want from Ukraine Crisis.”]

The Post is demanding a new Cold War with Russia in retaliation for its relatively non-violent interventions to protect pro-Russian provinces of two countries that were carved out of the old Soviet Union: Georgia where Russian troops have protected South Ossetia and Abkhazia since 2008 and in Ukraine where Russian soldiers have taken control of Crimea. In both cases, the pro-Russian areas felt threatened from their central governments and sought Moscow’s assistance.

In the case of Ukraine, a neo-Nazi-led putsch representing the interests of the western part of the country overthrew the democratically elected president, Viktor Yanukovych, who came from the eastern region. Then, under the watchful eye of the neo-Nazi storm troopers in Kiev, a rump parliament voted unanimously or near unanimously to enact a series of draconian laws offensive to the ethnic Russian areas in the east and south.

Having fled Kiev for his life, Yanukovych asked Russia for help, which led to Putin’s request to the Russian parliament for the authority to deploy troops inside Ukraine, essentially taking control of Crimea in the south, an area that has been part of Russia for centuries.

Though the Russian case for intervention in both Georgia and Ukraine is much stronger than the excuses often used by the United States to intervene in other countries, The Washington Post was apoplectic about Russia’s “violation” of suddenly sacred international law.

The Post wrote, “as long as some leaders play by what Mr. Kerry dismisses as 19th-century rules, the United States can’t pretend that the only game is in another arena altogether. Military strength, trustworthiness as an ally, staying power in difficult corners of the world such as Afghanistan, these still matter, much as we might wish they did not.”

The Post also laments what it sees as a “receding” tide of democracy around the world, but it is worth noting that the U.S. government has a long and sorry record of overthrowing democratic governments. Just a partial list since World War II would include: Mossadegh in Iran in 1953, Arbenz in Guatemala in 1954, Allende in Chile in 1973, Aristide in Haiti twice, Chavez in Venezuela briefly in 2002, Zelaya in Honduras in 2009, Morsi in Egypt in 2013, and now Yanukovych in Ukraine in 2014. The next target of a U.S.-embraced “democratic” coup looks to be Nicolas Maduro of Venezuela.

Perhaps the closest U.S. parallel to the Russian intervention in Ukraine was President Bill Clinton’s decision to invade Haiti in 1994 to reinstall Haiti’s elected president Jean-Bertrand Aristide to office, though Russia has not gone nearly that far regarding Yanukovych in Ukraine. Russia has only intervened to prevent the fascist-spearheaded coup regime in Kiev from imposing its will on the country’s ethnic Russian provinces.

Also, in the case of Aristide, the U.S. role wasn’t as pro-democratic as Clinton’s invasion on his behalf might suggest. Clinton ordered the action to reverse a 1991 military coup that ousted President Aristide with the support of President George H.W. Bush. Aristide was deposed a second time in 2004 in a coup partly engineered by the administration of President George W. Bush.

In other words, Clinton’s intervention on behalf of a popularly elected leader in Haiti was the anomaly to the more typical U.S. pattern of collaborating with right-wing military officers in the overthrow of elected leaders who don’t comply with Washington’s wishes.

Thus, the overriding hypocrisy of The Washington Post, Secretary Kerry and indeed nearly all of Official Washington is their insistence that the United States actually promotes the principle of democracy or, for that matter, the rule of international law. Those are at best situational ethics when it comes to advancing U.S. interests around the world.