The WHO had warned that worldwide vaccination was vital to ward off new variants, writes Paul Rogers. Yet here we are. 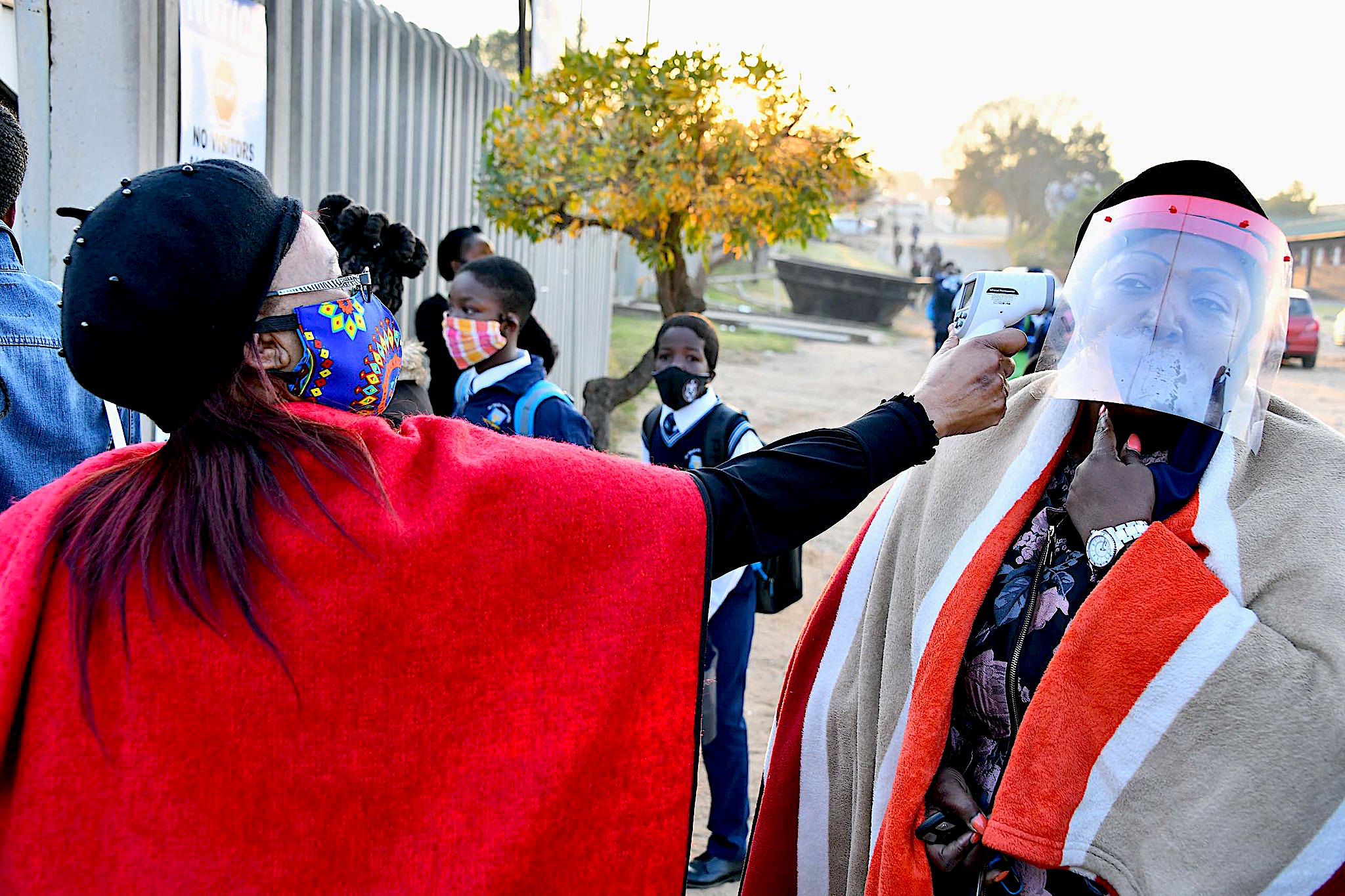 June 8, 2020: Staff members being screened during the reopening of schools in Alexandra and Tembisa in South Africa’s Gauteng Province. (GovernmentZA, Flickr, CC BY-ND 2.0)

This column argued last month that there is a dire need for new thinking on security, citing climate breakdown and the Covid-19 pandemic as the real security challenges of our times.

For the latter, it cited the World Health Organization’s (WHO) mid-November global Covid-19 death toll of 5.1 million but also warned that the WHO was concerned about underreporting of deaths in many countries. Other reliable assessments ranged from 12 to 17 million deaths.

The column predicted further problems due to low vaccination rates worldwide: “So Covid-19’s impact is far higher than what is commonly assumed, and there is still a long way to go. Global vaccination rates are hopelessly inadequate, yet very few governments have any clear vision for what is really needed.”

At that stage, the WHO had reported that 7.2 billion vaccine doses had been delivered across a global population of almost 8 billion. Full vaccination with a booster therefore requires close to 25 billion doses but, as the column put it: “This is unlikely to be reached until well into 2023 – resulting in large pools of virus interacting with only partially vaccinated populations, which is a recipe for more variants.”

Meanwhile, there has been discussion among virologists and epidemiologists regarding the implementation of annual boosters to try and keep the pandemic under control. This means that by the time we reach global vaccination, richer states could already be in the full swing of an annual booster system, making it even less likely that the Global South will catch up, and will remain more at risk from variants.

The overall argument of that column was that conventional thinking on global security has been constrained by the standard military approach, whereas this thinking will not work for either the pandemic or climate breakdown. And the pandemic holds the most immediate risk, bearing in mind the old saying, “It is the bond closest to your throat that you first cut loose.”

Since then, the pandemic has rapidly evolved yet again. Two aspects are most pressing: the new Omicron variant; and indications that vaccine nationalism is accelerating — just when the opposite is needed. Omicron has come out of the blue and is spreading rapidly less than a fortnight after South Africa announced its detection. It has already been detected in 24 countries, with more being added to the list every day.

While intensive work is going on to assess its infectivity, lethality and resistance to vaccines and antiviral drugs, there is little concrete information, partly explaining the sudden attempts of some countries to keep it out. The tentative results are mixed. Some data from South Africa, the worst affected country so far, show that it produces relatively mild symptoms, but this may be skewed by the fact that many of the first Omicron cases have been identified in younger individuals or detected in very recently screened travelers, so the impact on the elderly is unclear.

Early indications are that Omicron could be much more infectious than the previously dominant Delta. Based on the rise in Covid-19 cases and sequencing data, Tom Wenseleers, an evolutionary biologist at KU-Leuven in Belgium, has estimated that Omicron could infect three-to-six times as many people as Delta, over the same time period. “That’s a huge advantage for the virus — but not for us,” he said.

A more worrying indication is that Omicron is infecting people who have already had Covid-19. According to new evidence collected in South Africa by the country’s National Institute for Communicable Diseases (NICD), the latest epidemiological evidence suggests that Omicron can evade immunity from infection with earlier variants and is causing reinfections at three times previous rates. 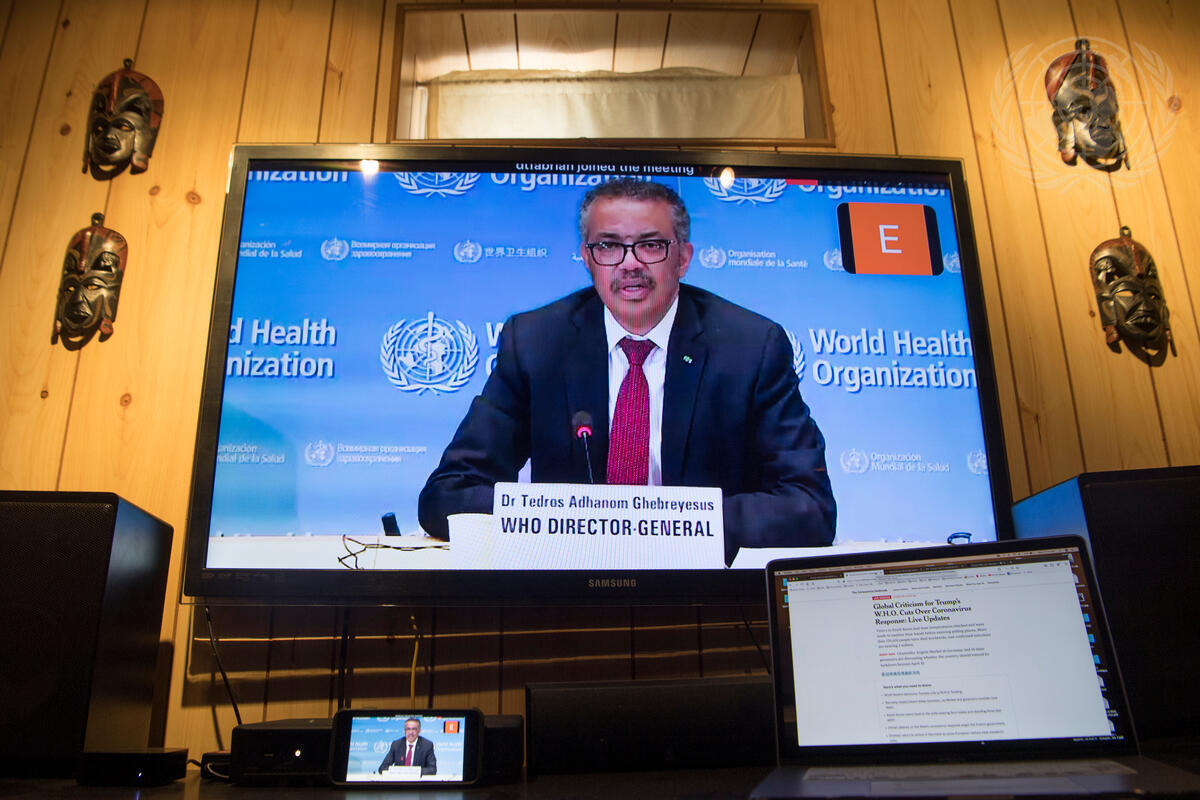 The Omicron variant is precisely what the WHO has been warning about for at least a year as it repeatedly called for accelerated global vaccination. This brings us to the second element of concern: the persistence of vaccine nationalism from wealthy countries protecting their own at the expense of the wider world.

At the high-profile G7 summit in Cornwall in June, British Prime Minister Boris Johnson called for international cooperation to achieve global vaccination. World leaders pledged one billion vaccine doses for poorer countries. That was little more than symbolic, given the many billions needed to ensure full vaccination plus boosters on a global level, but it could have been some help — had it actually been implemented.

That, though, was not to be. Johnson’s commitment by the U.K. was for 100 million doses but it has so far delivered only 11 percent of that, the EU has contributed 19 percent of its promised doses, Australia 18 percent, Switzerland 12 percent and Canada only 5 percent.

Meanwhile, the U.K. government has secured 114 million more Covid-19 vaccine doses for the next two years, 54 million from Pfizer/BioNTech and 60 million from Moderna.

As OpenDemocracy reported this week, this is despite the fact that around 85 percent of the U.K.’s adult population has been fully vaccinated – while just 6 percent of Africa’s 1.2 billion people have received two doses. These deals cover 2022 and 2023 and were described by Health Secretary Sajid Javid as future-proofing the U.K.’s program to ensure protection for “even more people in the years ahead” as the deals include access to modified vaccines if these turn out to be needed for variants. Future-proofing only goes so far when the Johnson government is holding back on its commitments to the wider world of the Global South. 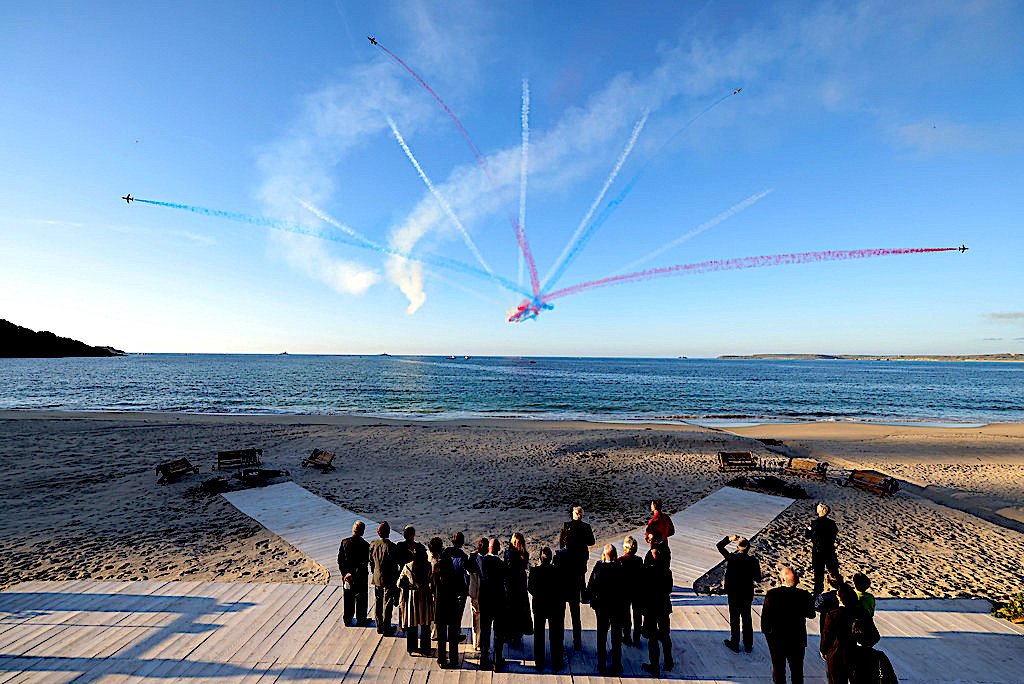 Not that the U.K. is alone in this. South Africa has achieved a full vaccination rate of 25 percent, yet as the WHO ambassador for global health financing, former Prime Minister Gordon Brown, said last week:

“…Its rural areas are often in single figures [for vaccination rates], and the whole of the continent is justifiably angry because their own efforts to vaccinate have been impeded for months by the neo-colonialism of the European Union. Even as the gap between the vaccine haves of Europe and the vaccine have-nots of Africa mushroomed, the EU insisted on commandeering millions of South African-produced Johnson & Johnson one-shot vaccines and sending them out of Africa into Europe.”

The lack of urgency about worldwide vaccination in the Global North may be partly due to the many months since the Delta variant came on the scene and the impression that COVID-19 had perhaps reached its limit in terms of potential variants. Even now, reports of Omicron causing mild symptoms have raised hopes that it will cause few problems. Any such hope entirely misses the point.

The real significance of the Omicron variant is that it is far more infectious than Delta, has new physical characteristics and is spreading at remarkable speed. This is why it is causing huge concern in some Western European countries that are already in a fourth Covid-19 wave — even before Omicron has any impact.

What the emergence of Omicron shows is that the WHO was right to have warned all along of the critical need for early global vaccination. The chances of that are slim at best, and in the absence of international political leadership from somewhere, we may be reduced to waiting for a post-Omicron variant that is thoroughly nasty before the required action is forthcoming.

Paul Rogers is professor in the Department of Peace Studies at Bradford University, northern England. He is openDemocracy’s international-security editor and writes a weekly column on global security. He also writes a monthly briefing for the Oxford Research Group. His books include Irregular War: The New Threat from the Margins(2017) and Why We’re Losing the War on Terror (2007). He is on twitter at: @ProfPRogers.

6 comments for “COVID-19: Who to Blame for the Latest Crisis”