Caroline Molloy blasts the Johnson government for taking things to the point where NHS hospitals are being told to free up beds for Covid patients by discharging other sick people to private facilities. 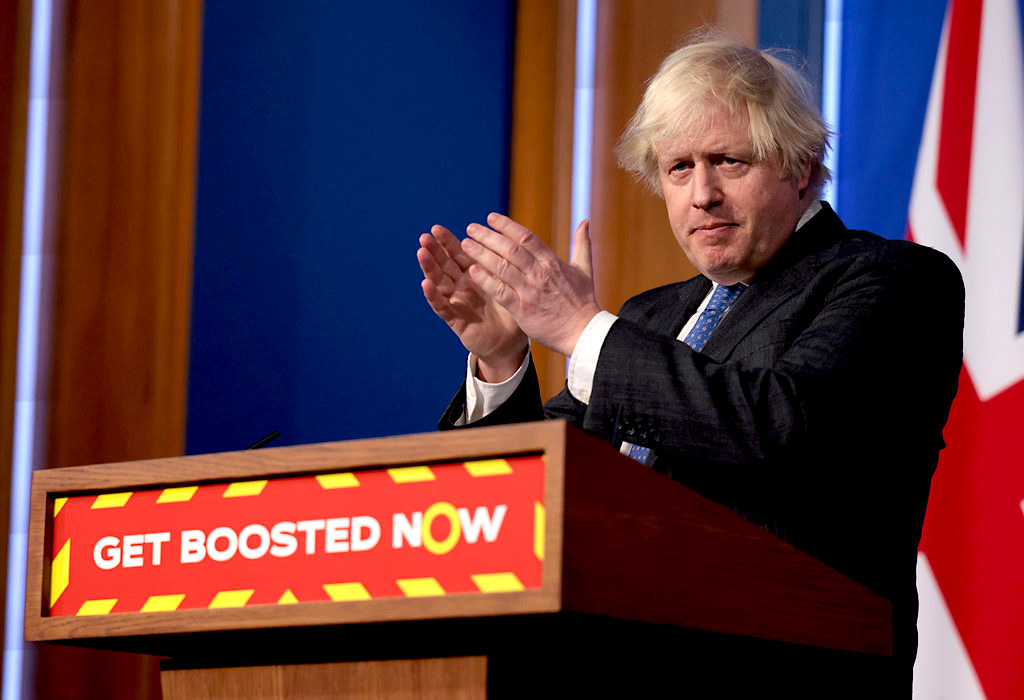 As England stumbles towards the end of the year, confused about whether to socialize, and worried the predicted explosion of infections from already record levels could mean another Christmas isolated from friends and family — how on earth did we get here?

Earlier this year Boris Johnson was riding high on a “vaccine bounce,” with the U.K. boasting of the most successful immunization program in the world.

In early September, scientists on the government’s SAGE committee wrote that “real world data in England” showed “waning of vaccine effectiveness against symptomatic disease from approximately 10 weeks after the second dose.”

How did we get to the point where this week, NHS hospitals have been told they must free up beds for Covid patients by discharging many other sick people to private hospitals, care homes, hospices or hotels? Where the prime minister and the health secretary issue last-minute pleas for volunteers to help vaccinate? Where the prime minister tells us that to meet his new booster target, “routine” NHS appointments will once again be postponed – with all the risk of missed diagnoses that entails?

We got here because we have a profoundly, shamefully wasteful government.

They’ve wasted the science. The U.K.’s vaccine program was initially impressive. But by hoarding vaccines rather than sharing them, the U.K. and other rich countries left most people in poorer nations unprotected against Covid, creating conditions in which new variants could easily mutate. In South Africa, where Omicron was first identified, less than a quarter of people have had two vaccinations, whilst the U.K. has grabbed multiple doses for every person.

Despite warnings from scientists, in England everything was pinned on the vaccine. The government wanted us to think that the crisis was over because we had a successful vaccination program. Other crucial public health messages were poorly communicated, if at all.

Ever since AstraZeneca announced its vaccine, Boris Johnson has talked of little except “jabs in arms,” with a side helping of pseudo-Churchillisms. This week, for example, he told a press conference that “a great national fightback has begun,” that we need to give Omicron “both barrels” — and, in a comically feeble echo of Churchill’s 1940 “we shall fight on the beaches” speech, Johnson declared:

The massive importance of good indoor ventilation has been forgotten, and for months Johnson and his fellow Tory MPs have indulged a bathetic culture war over mask-wearing — treating it as some kind of nuclear option to be resisted by all freedom-loving individuals, whilst other well-vaccinated nations simply get on with it.

Johnson’s cabinet also continue to ignore the scientists who’ve been telling them throughout the pandemic that unless they properly financially support people to self-isolate, the U.K. faces “continual lockdowns.” Nearly two years in, there are still gaping holes in Covid support — and those holes are getting worse, not better.

Ministers have also wasted their time. They took their eye off the ball of what the BMJ called the “stuttering” booster program this autumn, and focused instead on a raft of bad bills — including legislating for another huge NHS reorganization that, in the words of the British Medical Association, “addresses none of the problems the NHS is currently facing” and risks “doing more harm than good”.

They’ve also wasted yet another year talking about fixing social care rather than doing it, thus piling still more pressure on the NHS.

They’re happy to waste citizens’ time, too. GPs and public health directors have been pleading with employers to allow workers time off to get vaccinated. But there’s no law to require it — so many must sacrifice pay or their scarce free time. As a consequence, unsurprisingly, it’s the most deprived who lag behind on vaccination. 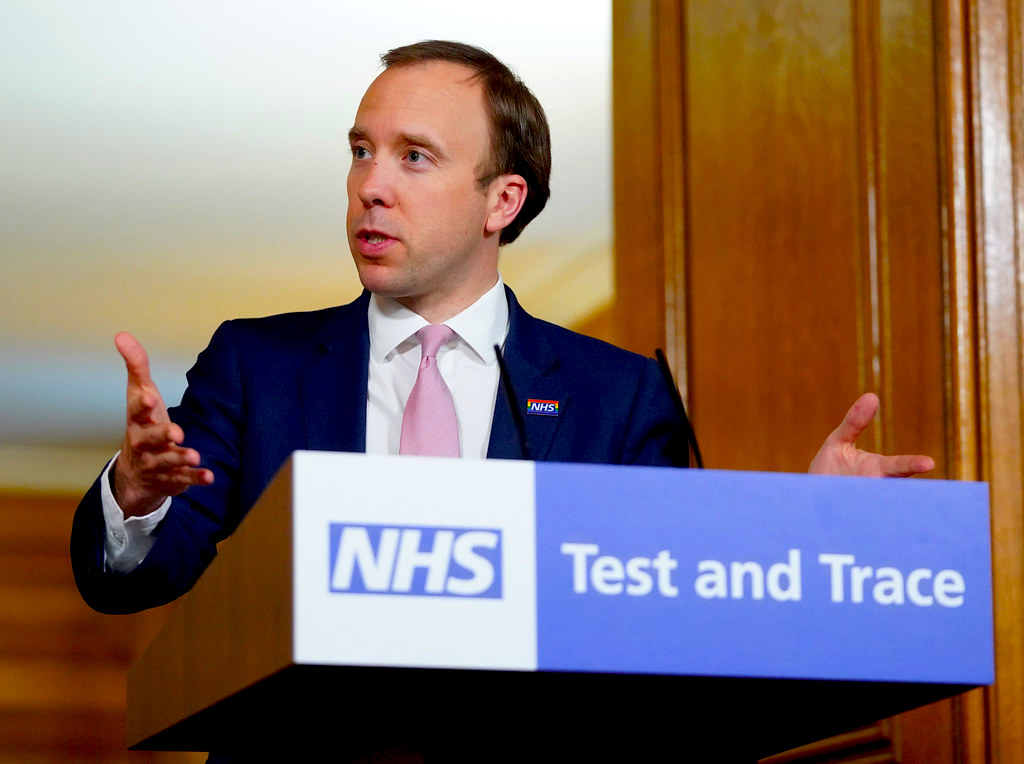 And of course, they’ve wasted public money. Rather than delivering on their promises of more NHS staff and beds, huge sums have been channeled to private firms. To management consultants, paid handsomely for advising on every aspect of the fairly disastrous Covid response. To Test and Trace, where the government renewed contracts with Serco and Sitel despite massive problems, has just signed further multi-million contracts with management consultants which could now run until 2025.

Private hospitals are benefitting, too. They got around £2 billion of public money during the first year of the pandemic, yet provided “almost nothing tangible in return,” in the view of Sid Ryan, researcher at the Centre for Health and the Public Interest think tank.

And Nightingale Hospitals made a tidy packet for the builders, but were mothballed after barely being used. Someone had seemingly forgotten that extra hospitals also need extra staff — and that was going to be tricky, given the NHS was already 100,000 staff short before the pandemic.

Which is why it’s so shocking that one of the things this government has wasted is the goodwill of staff —  the crucial ingredient that keeps the NHS afloat even at the best of times.

Early in the pandemic, hopes were raised amongst the NHS workforce that years of market-induced fragmentation could be overcome — that people from the multiplicity of different trusts could work together, that hierarchies of management could be overcome. In some cases that happened, for a while, with higher-grade staff shadowing junior staff with more expertise in vaccinating, for example.

But several NHS staff who stepped out of their day jobs to volunteer as vaccinators told me they were left twiddling their thumbs, whilst patients and vaccine doses were funneled to pharmacies and to hubs some distance away. Some went back to their jobs. Some quit the NHS in frustration.

Ultimately, the success of the initial vaccination program was delivered largely by GPs – but many opted out of autumn’s booster program, citing further government hurdles and a lack of encouragement from the center. 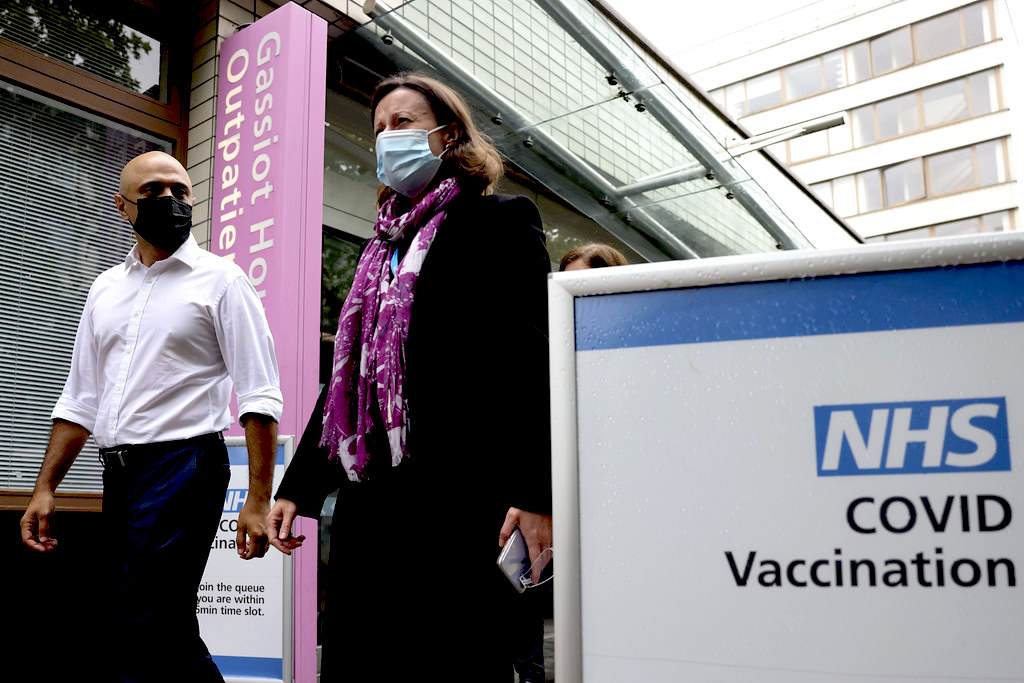 Johnson, Health Secretary Sajid Javid and other ministers have hardly endeared themselves to GPs, appearing at times to endorse a media attack on their ranks as they struggled to clear an enormous pandemic backlog.

Nonetheless, GPs will heed Javid’s call to “do more” to try to deliver the 1.2 million vaccine doses a day needed to hit Johnson’s target.

Many will cancel some of their much-needed Christmas leave to do so. And then many will hang up their stethoscopes for the last time, doctors’ leaders fear.

It’s a similar story in hospitals, where nurses who worked exhausting overtime during the last Covid peak now see the NHS attacked by the Right for not continuing in that unsustainable vein.

Public goodwill towards our political leaders has been well and truly spaffed. Many people feel that Johnson’s government has wasted their sacrifices. Worse, they’ve laughed at them. They’ve played party games at our expense.

And lastly, and perhaps most wastefully of all, they’re flunking the opportunity to genuinely “build back better”, to start to build a healthier, fairer society in which the inequality and poverty contributing to the U.K.’s high death toll are addressed.

Never waste a good crisis, Churchill may have said. But the only thing Johnson’s government hasn’t wasted is the opportunity to make a fast buck for their mates, and cash in whilst the going is good.