Hard-pressed communities have been reopening schools for girls up to grade 12, Barbara Crossette reports. 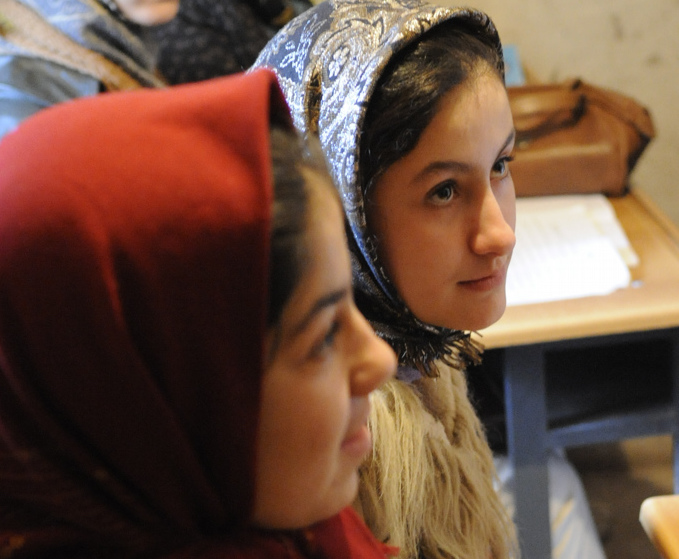 Far from Kabul in rural Afghanistan, where an economic crisis and a bitterly cold winter threaten starvation, communities with few resources have been reopening schools for girls up to grade 12. Collectively, these add up to an expansion of girls’ education in a majority of the country’s 34 provinces and suggest that all is not lost for the rights of girls to attend school under the new Taliban regime.

“Knowing what Afghanistan has gone through and how much worry and desperation there is right now, it’s heartwarming to step into a school that’s vibrant and alive — seeing teachers continuing to teach and girls studying in formal classrooms,” Andreas Stefansson, secretary-general of the Swedish Committee for Afghanistan, said in a phone interview with PassBlue from Stockholm on Dec. 7.

Stefansson had just returned from Afghanistan, where the Swedish Committee, a nongovernmental organization, has worked for 40 years in education and health care, among other projects. A leader in its field, it supports schools in 14 Afghan provinces. A number of the projects have been supported by communities and accepted by local Taliban leaders.

“The Taliban are not always monolithic or uniform once they get down to the local level,” he said. “There is a sense of pragmatism and responsiveness to the local community. We have very good standing with the local communities. The elders are very keen and eager to see our activities continue running.”

Can this partnership last? Concern has arisen around recent decisions by the Taliban’s national leadership in the capital, Kabul — dominated by Pashtuns from the conservative south of the country — to replace local and provincial Taliban officials in other regions with outsiders. They would be primarily Pashtuns, who may be more likely to take orders from their national leadership. 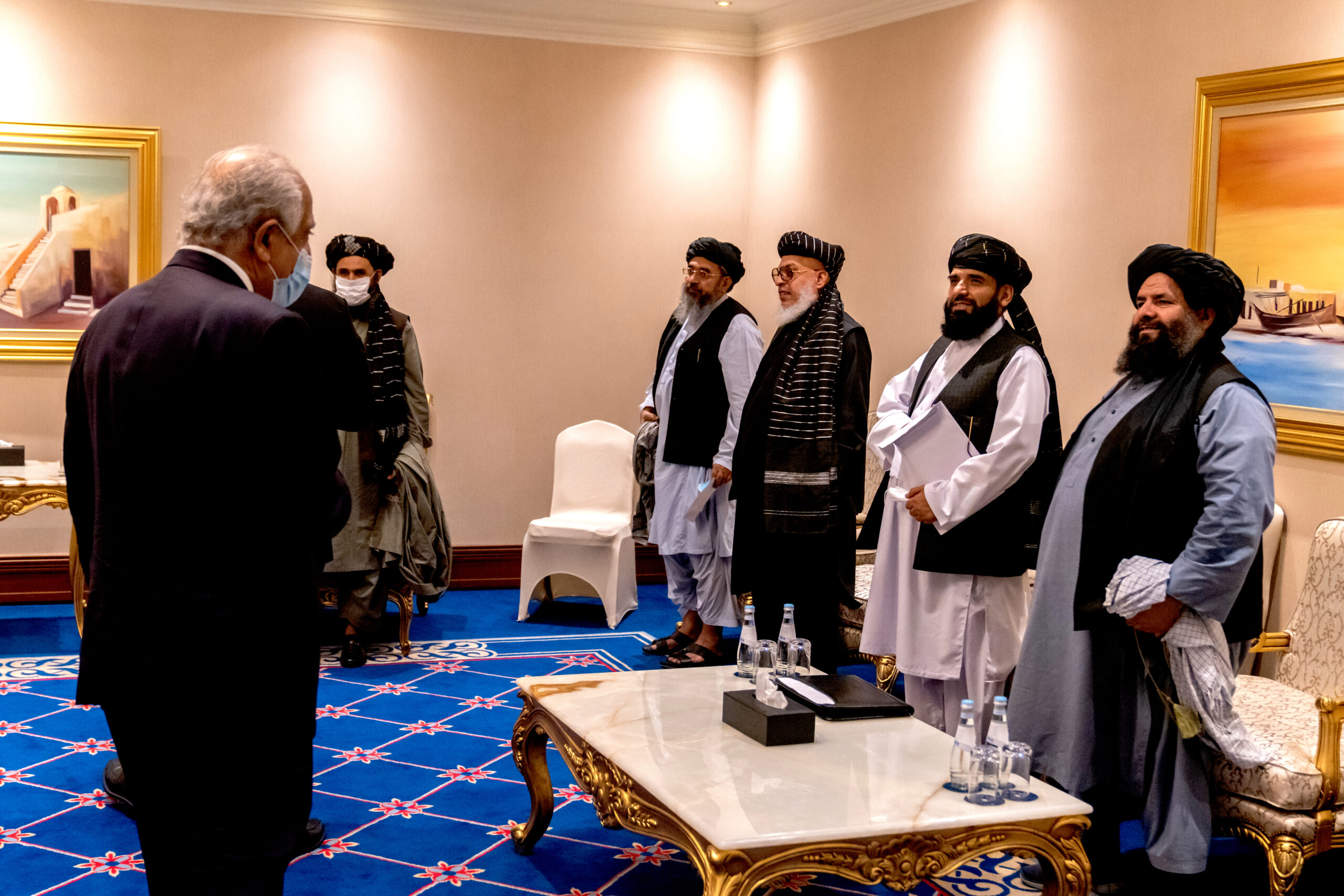 The Swedish Committee has projects across the north, central and eastern regions of Afghanistan, where there is more of a mix of ethnicities, including Tajiks, Uzbeks, Turkmen and Hazaras, along with some Pashtuns.

In the western area bordering Iran, where the more progressive, historically artistic city of Herat dominates, similar projects to reopen schools for girls are being introduced by citizens there.

In the interview with PassBlue, Stefansson explained how the Swedish Committee developed its outreach in communities, some of them having been under Taliban control for a decade or more, well before the final collapse in August of the former Afghan government.

“Our education is set up for catering for the community in the rural areas,” he said. “What we do is form a committee normally comprised of teachers, some active parents, someone from the local authority, elders who are influential, perhaps somebody with religious standing who can actually articulate the importance of education from a religious standpoint.

“We engage with these networks for discussions on human rights and how rights are articulated in Koranic scripture and hadiths, and how the networks can play a role in promoting everybody’s equal access to education, to health care, the right to work, have an income and so on.”

“’Every single conversation I had led very quickly into the economic crisis,’ ” Stefansson said of his most recent trip to Afghanistan.

The networks have been important and useful, sometimes even to fine-tune the organization’s own policy messaging and act as a sounding board for how things are perceived or understood, he said. “Sometimes they also become change agents themselves, taking on the task of opening up in rural areas where there are Islamists [and] conservative elders who have a different take on human rights.”

“Also our own staff — in our provincial offices, in our regional offices — basically are all from the area,” Stefansson added. “They also have their own networks. They are well acquainted with the power holders; they’ve established a rapport with them.”

Certain practices that the West often criticizes in Afghanistan are not problems in the country. One is the segregation of girls and boys in schools, a common practice in many Muslim nations. Parents are often more concerned about the opposite practice of mixed-gender classes.

It has been important to the Swedish Committee that it has built up its advisory sources over the years and that it can entail engagement by the local Taliban in the mix.

“In the areas where they’ve had the most control for several years, they are much more confident in moving forward and enabling things locally without getting clearance from the center,” Stefansson said.

“I think that the Taliban regime is still trying to just consolidate and understand what it means to govern,” he added. “They’re extremely busy now, handling a crashing economy and keen on engagement with the outer world and gaining recognition.” Stefansson views this moment as a chance to engage in consultations and dialogue with the Taliban at the national level, acquainting them with small-scale projects that could work as models for larger goals.

“Every single conversation I had led very quickly into the economic crisis,” he said of his most recent trip to Afghanistan. He mentioned unemployment, unpaid wages, little or no access to bank accounts. Families struggle to find enough to eat or food they can afford to buy.

“I don’t think people can hang on much longer,” Stefansson said, reporting how families are selling prized possessions in secondhand markets. “Prices are skyrocketing. One thing that’s going down is the price of meat because people who have livestock are selling it off.

“Once the whole world blocked funding to Afghanistan, there have been almost a million state employees — teachers, health staff, in all the public institutions where people haven’t been paid for five months. So they are selling off TVs, carpets, jewelry, whatever they have — just to survive.”

Barbara Crossette is the senior consulting editor and writer for PassBlue and the United Nations correspondent for The Nation. She is also a board member of the Carnegie Council for Ethics in International Affairs and a member of the Council on Foreign Relations. She is a contributor to the Oxford Handbook on the United Nations. Previously, Crossette was the UN bureau chief for The New York Times from 1994 to 2001 and before that its chief correspondent in Southeast Asia and South Asia. She is the author of So Close to Heaven: The Vanishing Buddhist Kingdoms of the Himalayas, The Great Hill Stations of Asia and a Foreign Policy Association study, “India Changes Course,” in the Foreign Policy Association’s “Great Decisions 2015. She won the George Polk award for her coverage in India of the assassination of Rajiv Gandhi in 1991 and the 2010 Shorenstein Prize for her writing on Asia.