Why aren’t there hearings or investigations about these sex crimes at the C.I.A.? Why aren’t the House and Senate Judiciary Committees investigating, why do U.S. attorneys refuse to take up the cases? 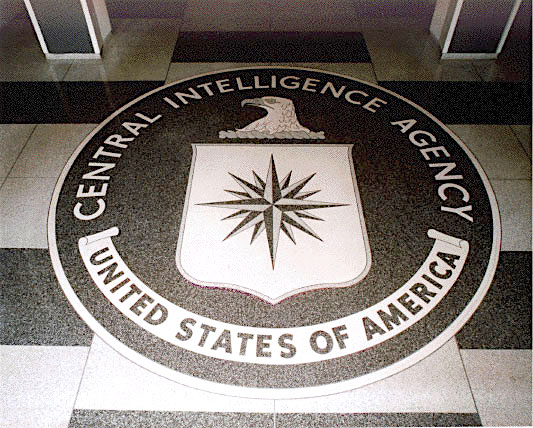 Buzzfeed reported on Dec. 1 that over the past 14 years, the C.I.A. has amassed credible evidence, including confessions, that 10 employees and a contractor committed sex crimes against children and that only one was ever charged with a crime.

The evidence the C.I.A. released to Buzzfeed in response to a Freedom of Information Act lawsuit shows that the 10 employees and one contractor committed crimes including child rape, the purchase of violent child pornography, and viewing as many as 1,400 photos of nude children on a C.I.A. computer while overseas on a work assignment.

The contractor had arranged to have sex with an undercover F.B.I. agent who he thought was a child. The only C.I.A. officer prosecuted for child sex crimes had also mishandled classified information. Four of the other accused employees and the contractor were fired, four were “disciplined administratively,” and the status of one is unknown.

Let’s be clear about these crimes. These were not “he said, she said” allegations. They were serious sex crimes against children.

The Buzzfeed information, which includes both internal C.I.A. documents and a declassified Inspector General’s report, say that besides the contractor, C.I.A. officers admitted to, “using a government laptop to view photographs and videos of girls as young as 10 being abused by an older guy;” having sexual contact with two girls, ages two and six, and downloading illicit photos of other children; downloading 63 videos of sex between adults and children between the ages of 8 and 16; and distributing lewd photos and videos of children to other pedophiles.

One C.I.A. officer told investigators that he “did not know it was a violation of Agency policy to access child pornography.” He was not prosecuted.

For its part, the Justice Department elected to do practically nothing, notwithstanding a statement to Buzzfeed that, “The occupation or employer of the suspect does not factor into that evaluation” (of whether or not to prosecute.) “While we cannot comment on the reasons why specific cases were declined, we do take very seriously any allegation that our prosecutors declined a potential case based on an improper assessment of the relevant factors.”

The wordmark of the Central Intelligence Agency, released as part of a 2021 rebrand. (CIA/Wikimedia Commons)

That’s nonsense. The truth is that the Justice Department was afraid of graymail. That’s the threat of a C.I.A. officer on trial “accidentally” saying something classified or something that compromises sources and methods. It’s not worth the risk to the C.I.A. to prosecute most cases. And the bottom line is that the C.I.A. doesn’t care one whit about the children.

I spent 15 years at the C.I.A. It is a highly-sexualized environment full of type A personalities, sociopaths, and psychopaths. We had an old joke that, when you went into a meeting, you should never touch the conference room table because you didn’t know who was having sex on it the night before.

There was one incident in a war zone overseas while I was there where C.I.A. officers were passing around to each other a sexually-transmitted disease unique to the C.I.A.. A C.I.A. doctor had to fly to the country to tell them to stop and to remind them to practice safe sex.

Further afield, it was a common occurrence for C.I.A. case officers developing foreign officials for recruitment to offer them trips to southeast Asia, where both could partake of prostitutes and indulge in whatever sexual fantasies they had.

I note in my first book, The Reluctant Spy: My Secret Life in the C.I.A.’s War on Terror, that one of my senior bosses, with whom I had had a dispute, tried to lighten the mood by telling me to take some money out of petty cash to pay for oral sex. I declined, angrily.

It’s accurate to say that I was “shocked but not surprised” when I read the Buzzfeed allegations. All Americans should be sickened by them. I know that I sound like a broken record when I ask, “Where is the Congressional oversight?” Why aren’t there hearings or investigations about child sex crimes at the C.I.A.? Why aren’t the House and Senate Judiciary Committees investigating, why do U.S. attorneys refuse to take up the cases? Why are children not being protected?

It’s easy enough to say that we get the government we deserve. But somebody has to stand up for children. The C.I.A. won’t do it. The Justice Department apparently won’t. Now that the cat is out of the bag, where do we go next?

← DIANA JOHNSTONE: The Growing Franco-German Estrangement
The Essence of CN: To Show That it Did Happen →