The U.S. and its allies don’t care about press freedom beyond the extent it can be used to conduct propaganda, writes Caitlin Johnstone after the High Court’s ruling against Julian Assange. 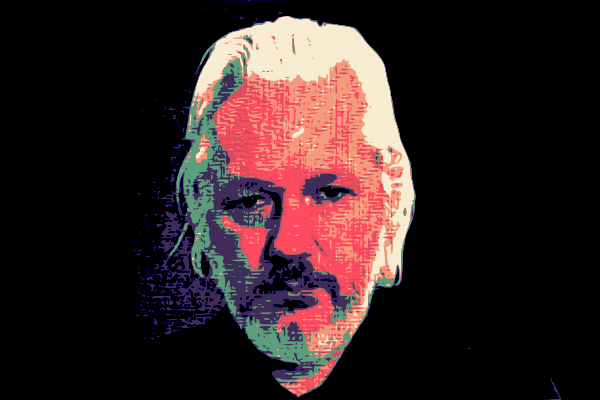 The U.S. government has won its appeal against a lower British court’s rejection of its extradition request to prosecute Julian Assange for journalistic activity under the Espionage Act. Rather than going free, the WikiLeaks founder will continue to languish in Belmarsh Prison where he has already spent over two and a half years despite having been convicted of no crime.

“As a result, that extradition request will now be sent to British Home Secretary Prita Patel, who technically must approve all extradition requests but, given the U.K. Government’s long-time subservience to the U.S. security state, is all but certain to rubber-stamp it,” writes Glenn Greenwald. “Assange’s representatives, including his fiancee Stella Morris, have vowed to appeal the ruling, but today’s victory for the U.S. means that Assange’s freedom, if it ever comes, is further away than ever: not months but years even under the best of circumstances.”

“Mark this day as fascism casts off its disguises,” tweeted journalist John Pilger of the ruling.

Media freedom plays an indispensable role in informing the public, holding governments accountable, and telling stories that otherwise would not be told. The U.S. will continue to stand up for the brave and necessary work of journalists around the world. #SummitForDemocracy pic.twitter.com/ilitbdzSd1

This ruling, which allows the U.S. to continue working to extradite a journalist for exposing U.S. war crimes, comes on the final day of Washington’s so-called “Summit for Democracy“, where the U.S. secretary of state made a grandiose show about of press freedom playing “an indispensable role in informing the public, holding governments accountable, and telling stories that otherwise would not be told.” And then adding: “The U.S. will continue to stand up for the brave and necessary work of journalists around the world.”

This ruling comes on the same day two journalists formally received the Nobel Peace Prizes they’d been awarded and demanded protections for journalists in their acceptance speeches.

This ruling comes as the U.S. government pledges hundreds of millions of dollars in support for “independent media” around the world in coordination with British state media.

This ruling comes after it was revealed that the C.I.A. drew up plans to kidnap and assassinate Assange in the Ecuadorian embassy after the 2017 Vault 7 releases embarrassed the agency.

This ruling comes after it was revealed that C.I.A. proxies spied on Assange and his lawyers at the Ecuadorian embassy, thereby making a fair trial in the United States impossible.

This ruling comes after it was revealed that the U.S. prosecution relied on false testimony from a diagnosed sociopath and convicted child molester.

This ruling comes after recent investigative reports on civilian-slaughtering U.S. airstrikes reminded us why it’s so important for the press to be able to conduct critical coverage of the most powerful military force ever assembled.

The High Court has ruled that Julian #Assange can be extradited to the US. "How can it be fair, how can it be right, how can it be possible, to extradite Julian to the very country which plotted to kill him?" said Stella Moris. Mark this day as fascism casts off its disguises.

The facts are in and the case is closed: the U.S. and its allies do not care about press freedoms beyond the extent that they can be used to conduct propaganda. The way journalists who offend the powerful are dealt with by the U.S. government and the way they are dealt with by the Saudi monarchy differ only in terms of speed and messiness.

The masks are crumbling. Even when he is silenced, immobilized, locked up and hidden from public view, Julian Assange continues to shine a light on the abusive mechanisms of power. He is arguably exposing them more now than ever before.

As fascism casts off its disguises, it becomes more and more important to highlight the hypocrisy, fraudulence and depravity of the people who rule our world.

7 comments for “Assange: The Masks are Crumbling”