Six conservatives on the high court are about to gut the fundamental right to abortion, writes Marjorie Cohn. For the first time in U.S. history, the Supreme Court is poised to take away a fundamental right from more than half of the people in the country.

The Court’s Dec. 1 oral arguments in Dobbs v. Jackson Women’s Health Organization confirmed what progressives have feared since former President Donald Trump added three radical right-wingers to the court: The six conservatives on the high court are about to gut the fundamental right to abortion.

“If this court renounces the liberty interest recognized in Roe [v. Wade]and reaffirmed in [Planned Parenthood v.] Casey, it would be an unprecedented contraction of individual rights and a stark departure from principles of stare decisis [duty to follow precedent],” U.S. Solicitor General Elizabeth Prelogar told the Supreme Court. 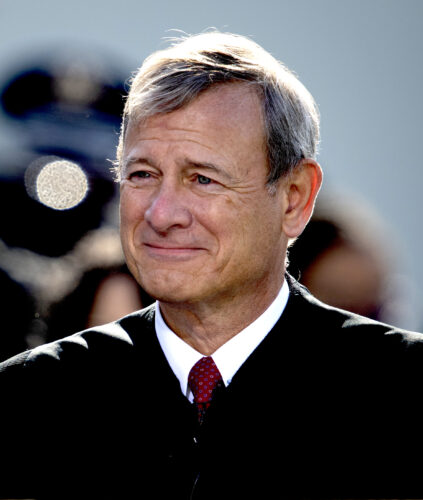 Yet “Justices” Clarence Thomas, Samuel Alito, Brett Kavanaugh, Amy Coney Barrett and Neil Gorsuch appear ready to do just that. And while Chief Justice John Roberts may not be prepared to squarely overturn Roe and Casey, he signaled his readiness to uphold the Mississippi law that outlaws abortions after 15 weeks of pregnancy, essentially gutting the right of women to choose abortion.

In 1973, Roe v. Wade held that abortion was a “fundamental right” for a woman’s “life and future” and states could not ban abortion until the fetus is viable (able to survive outside the womb), which is around 23 weeks of pregnancy. The Supreme Court reaffirmed the “essential holding” of Roe in the 1992 case of Planned Parenthood v. Casey and said states could only enact restrictions on abortion that do not impose an “undue burden” on the right to a pre-viability abortion.

Although not specifically mentioned in the Constitution, the Supreme Court in Roe and Casey grounded the right to abortion in the liberty section of the due process clause of the 14th Amendment, which says states shall not “deprive any person of life, liberty, or property, without due process of law.”

Mississippi passed the Gestational Age Act in 2018. It outlaws nearly all abortions after 15 weeks of pregnancy, well before viability. The law contains exceptions for medical emergencies and cases of “severe fetal abnormality,” but makes no exception for rape or incest. A federal district court and the Fifth Circuit U.S. Court of Appeals blocked Mississippi from enforcing the law because it squarely conflicts with Roe and Casey. Mississippi petitioned the Supreme Court for review, and it agreed to hear the case. 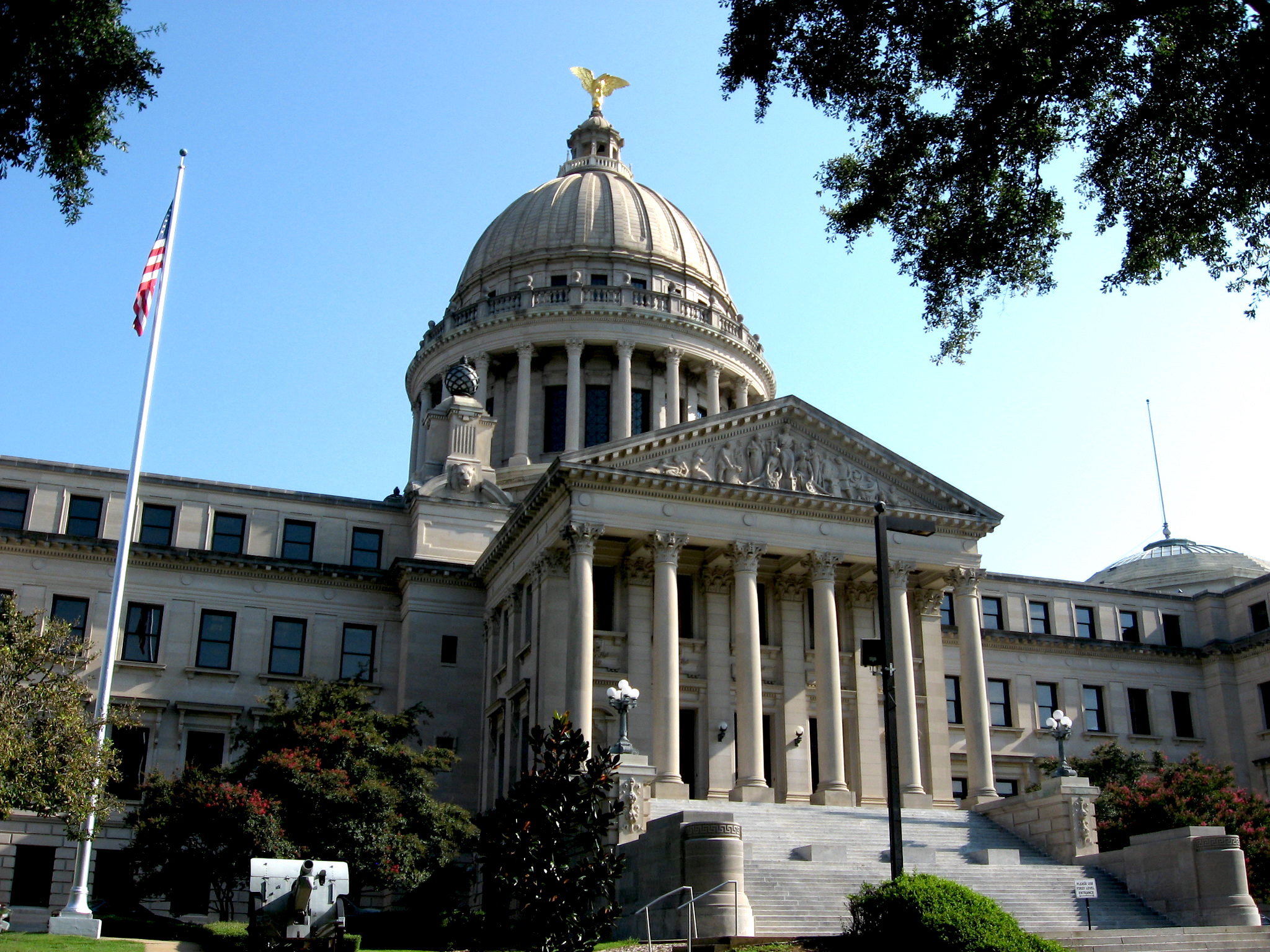 Mississippi is asking the Court to overturn Roe and Casey and uphold its ban on abortion after 15 weeks. If the Supreme Court was not inclined to overrule Casey, Mississippi’s lawyer Scott Stewart proposed an “undue burden standard, untethered from any bright-line viability rule.”

“The court has never revoked a right that is so fundamental to so many Americans and so central to their ability to participate fully and equally in society. The court should not overrule this central component of women’s liberty.”

The six conservative members of the Supreme Court cloaked their intentions to curtail the right to abortion in neutral-sounding language. But their rationalizations for ending or limiting the right of women to control their own bodies were disingenuous. 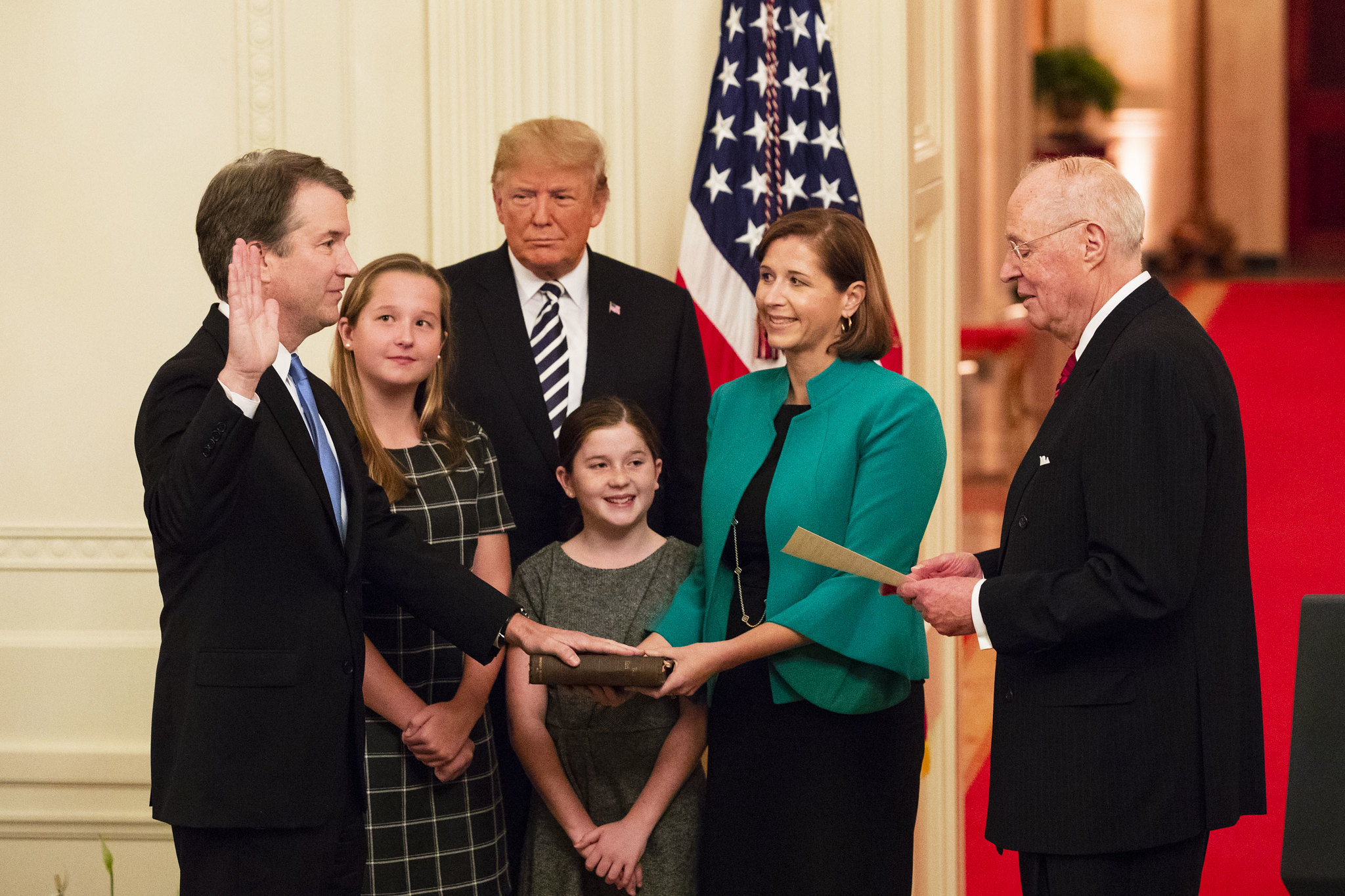 Kavanaugh said the Court shouldn’t “pick sides” but instead remain “scrupulously neutral on the question of abortion, neither pro-choice nor pro-life.” He asked Prelogar why the Supreme Court shouldn’t leave the decision on whether and when to allow abortion to Congress, the state legislatures and state supreme courts.

“Because the court correctly recognized that this is a fundamental right of women, and the nature of fundamental rights is that it’s not left up to state legislatures to decide whether to honor them or not,” she responded.

The “protection of fundamental rights should not be left to legislatures,” wrote Erwin Chemerinsky, dean of the University of California, Berkeley, School of Law, in The Los Angeles Times. “For almost a century the Supreme Court has held that personal ‘liberty’ is safeguarded by the Constitution, leading in time to the constitutional right to privacy and reproductive autonomy.”

Julie Rikelman, attorney for Jackson Women’s Health Organization (the only remaining clinic that provides abortions in Mississippi), told the Supreme Court, “Casey and Roe were correct. For a state to take control of a woman’s body and demand that she go through pregnancy and childbirth with all the physical risks and life-altering consequences that brings is a fundamental deprivation of her liberty.”

Kavanaugh testified during his confirmation hearing that Roe had “been reaffirmed many times over in the past 45 years … most prominently, most importantly, reaffirmed in Planned Parenthood v. Casey in 1992.… That makes Casey precedent on precedent.”

Yet during the arguments in Dobbs, Kavanaugh changed his tune on the importance of “stare decisis.” He justified his apparent intent to overrule Roe and Casey by listing cases in which the Supreme Court had overruled its prior decisions. They involved racial segregation, voting rights, criminal legal rights, the rights of same-sex couples, etc.

Most of the cases resulted in the court “recognizing and overturning state control over issues that we said belong to individuals,” Sonia Sotomayor retorted.

Barrett callously stated that outlawing abortion wouldn’t harm women because they could simply carry a pregnancy to term and then put the baby up for adoption. She cited “safe haven laws” in which people can anonymously leave their newborn in a safe place.

Jackson Women’s Health attorney Rikelman replied, “We don’t just focus on the burdens of parenting, and neither did Roe and Casey. Instead, pregnancy itself is unique. It imposes unique physical demands and risks on women and, in fact, has impact on all of their lives, on their ability to care for other children, other family members, on their ability to work.” Rikelman also noted that, “It’s 75 times more dangerous to give birth in Mississippi than it is to have a pre-viability abortion.” 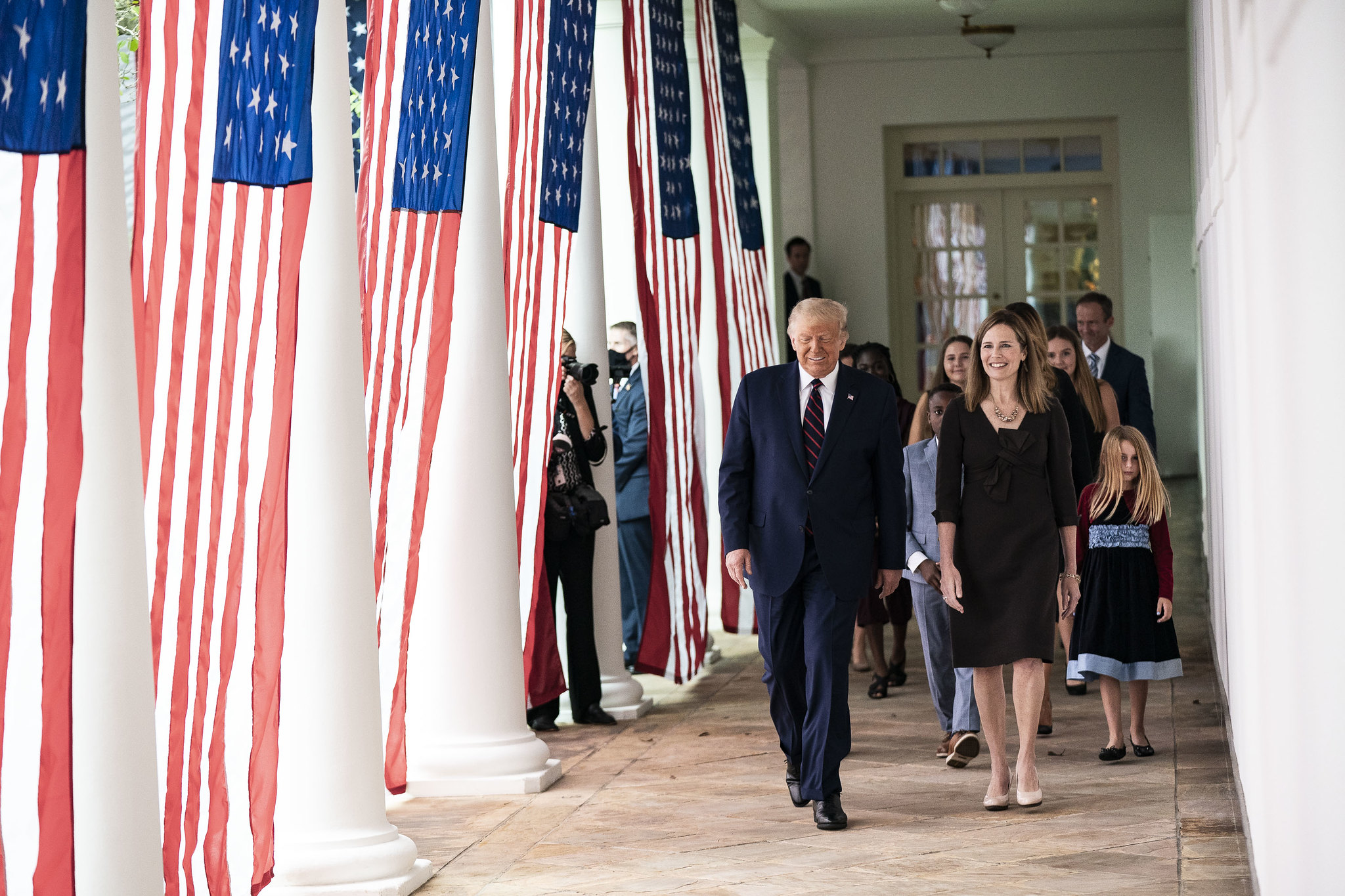 When Gorsuch questioned the workability of the undue burden standard, Rikelman said that “the undue burden test is not at issue in this case. That is the test that applies to regulations, not prohibitions. And the state has conceded that this is a prohibition.”

Gorsuch asked about applying the undue burden standard before viability. Rikelman replied that undue burden without viability is tantamount to overturning Roe and Casey “because the viability line is the central holding of those cases.”

Roberts tried to couch his position as pro-choice, saying that women in Mississippi could still choose to have an abortion until the 15th week of pregnancy. “If you think that the issue is one of choice, that women should have a choice to terminate their pregnancy, that supposes that there is a point at which they’ve had the fair choice, opportunity to choice, and why would 15 weeks be an inappropriate line?” Roberts asked. “Because viability, it seems to me, doesn’t have anything to do with choice. But, if it really is an issue about choice, why is 15 weeks not enough time?”

Plaintiff attorney Rickelman responded, “Without viability, there will be no stopping point.” Solicitor General Prelogar warned that “immediately states with six-week bans, eight-week bans, 10-week bans, and so on, would seek to enforce those with no continued guidance of what the scope of the liberty interest is going forward.”

Roe and Casey are “part of the fabric of women’s existence in this country,” Elena Kagan declared. Rikelman said that 1-in-4 women have had an abortion.

“The right of a woman to choose, the right to control her own body, has been clearly set since Casey and never challenged,” Sotomayor said. “You want us to reject that line of viability and adopt something different.” She noted that 15 justices from differing political backgrounds have affirmed the viability cutoff since 1992.

“It’s 75 times more dangerous to give birth in Mississippi than it is to have a pre-viability abortion.” Sotomayor nailed it when she asked Mississippi lawyer Stewart, “How is your interest anything but a religious view?” — referring to the debate over when life begins.

Alito didn’t pull any punches when he asked Rikelman, “The fetus has an interest in having a life, and that doesn’t change, does it, from the point before viability to the point after viability?”

Rikelman said that the viability cutoff “makes sense because it focuses on the fetus’s ability to survive separately, which is an appropriate legal line because it’s objectively verifiable and doesn’t delve into philosophical questions about when life begins.”

Thomas seemed most interested in expanding the criminal liability of women for fetal endangerment to the period before viability. “To overrule under fire in the absence of the most compelling reason to re-examine a watershed decision would subvert the court’s legitimacy beyond any serious question.”

“Will this institution survive the stench this creates in the public perception that the Constitution and its reading are just political acts?.… If people actually believe that it’s all political, how will the court survive?”

On Sept. 1, the right-wingers signaled their intention to gut Roe and Casey by allowing Texas’s Senate Bill 8 (which outlaws abortion after six weeks of pregnancy) to go into effect with no briefing, argument or consideration by the lower courts. Only Roberts, mindful of the legitimacy of the Roberts court, voted to halt the Texas law at the preliminary stage. SB 8 remains in effect and it has prevented most abortion-seeking people in Texas from securing abortions.

If Roe and Casey are overturned, abortion would become illegal or severely restricted in about half the states, according to the Guttmacher Institute. Poor people and people of color, who cannot afford to travel to a state where abortion is legal, would be most strongly affected.

“There was a big movement for legalizing abortion before the [Roe] decision. I think people forget that,” Eleanor Smeal, president of the Feminist Majority Foundation, told The Guardian. “We talk about back-alley abortion but [women] were dying.” Hospitals closed “septic abortion” wards, where many poor and working-class people had died from infection and injury after desperate efforts to end pregnancies.

If the Supreme Court retracts the right to abortion, other rights not specifically enumerated in the Constitution are also in jeopardy, including the rights to contraception, homosexual conduct and same-sex marriage.

The Supreme Court will issue its decision by the end of June 2022, a little over four months before the midterm elections. A ruling that guts Roeand Casey will likely motivate voters, 75 percent of whom told a Washington Post/ABC News poll that abortion decisions should be “left to the woman and her doctor” and not “regulated by law.”

← Can Media Be Independent if It Accepts US Funding?
US Appeal Decision on Assange on Friday at High Court →