Glasgow 21 was rather more sinister than blah blah blah, writes the former U.K. diplomat, after first thanking his supporters.

Well, it is nice to be free again, though as I said on release, I shall never really feel free while Julian is still imprisoned and while Scotland is still part of an imperialist United Kingdom. I expect most of you have seen my release, but for those who have not:

The support of readers of this blog was particularly important to maintaining my mental health while in jail. Well over 2,000 people wrote to me in prison by post or by the peculiar prisoner email service (emails were printed out and given to me — I then hand-wrote replies which were scanned and sent by the jail). I read every word sent to me, and was very grateful for the books, magazines, poetry and the stories of people’s lives. It was companionship.

It also gave me much more of a feel for the community who read this blog, which truly is worldwide. I particularly treasured all those who wrote to say that they sometimes — or even generally — disagree with what I write, but enjoy the intellectual exercise and supply of under-reported facts and independent opinion.

Because as regular readers know, it has always been my intention to activate thought and to inform; never to cultivate unthinking support. That seems to have succeeded splendidly well, as people sent me reams of argument on what they feel I am wrong about; which I much enjoyed. 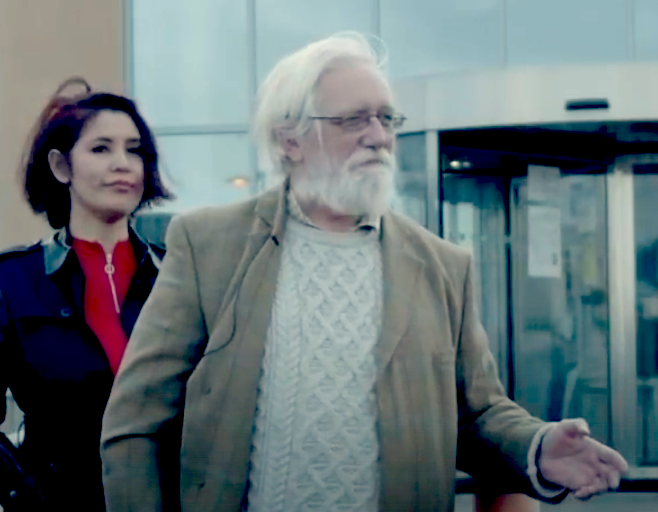 Craig Murray addressing supporters in still from video taken upon his prison release.

I shall write about prison and the justice system in the coming days and weeks. I learnt a very great deal. But today as I get my own writing muscles working again, I thought I would give you my overview on COP26, the big U.N. climate gathering that took place in November in Scotland.

If Glasgow 2021 is remembered at all, it will be as the moment when big finance came to the party. Politicians and those who control them now largely accept that the public demand mitigation of climate change, and that this will, perforce, alter some of the ways that big money makes money.

Glasgow 21 was rather more sinister than blah blah blah — it was the formal endorsement of the view that public endeavor is not the solution to climate change, rather the answer lies in “trillions of dollars” of private investment from banks and private equity which, U.K. Prime Minister Boris Johnson announced, is all ready to go.

Johnson told us that governments can mobilize billions, while the private sector can mobilize trillions, as though that money was not created by government in the first instance. The Glasgow Financial Alliance for Net Zero provides an answer to the question “What does a representative sample of evil people responsible for despoiling the planet look like?” We receive assurances like this:

“Already, a fundamental shift in capital is accelerating as the world’s largest asset owners and managers, controlling over USD$30 trillion, join the UN-backed Race to Zero campaign.”

No “respectable” media or body is going to question the taxpayer subsidies, tax breaks and above all taxpayer guaranteed returns the big financial sharks are going to get — because it is all to combat climate change.

This is an even bigger spree in the offing for the fat cats than the banker bailouts that led to the decade of austerity. In order to ensure the private sector money rolls in, you and I will be meeting R & D costs and then picking up any losses: the wealthy will be hoovering up the profits. 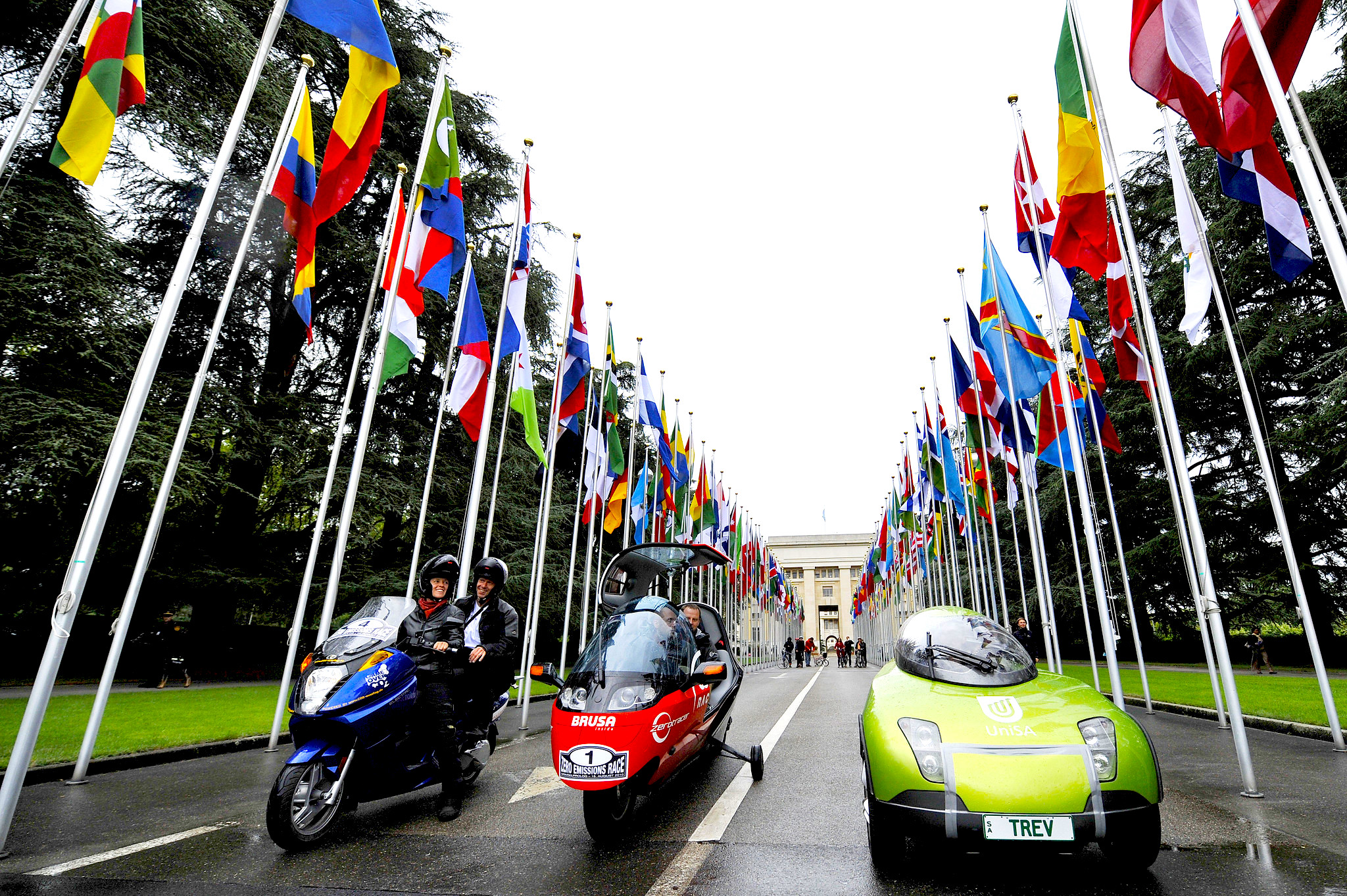 They also need to keep consumers consuming. There is no government interest in distributed power generation solutions.

Consider this. If you insulated every home in the country, and put solar panels on every roof, non-local energy usage would be greatly reduced and people’s energy bills would fall. But insulating homes, especially older ones, is much more labor-intensive than it is capital intensive. It would create hundreds of thousands of jobs. But material costs are comparatively small, and then after insulation consumers people will not be paying big energy bills. This is not in the least a fat-cat-friendly policy.

But what if you leave homes pumping heat into the atmosphere, forget local generation and instead build a new network of nuclear power stations? There is nothing more conducive to the concentration of economic and social power than the nuclear industry, with its inextricable links to the security state. Electricity can still be sold to the helots, whose self-sufficiency and freedom will in no way be enhanced.

Nobody should be surprised the government is showing much more interest in nuclear power than in home insulation or domestic solar panels. 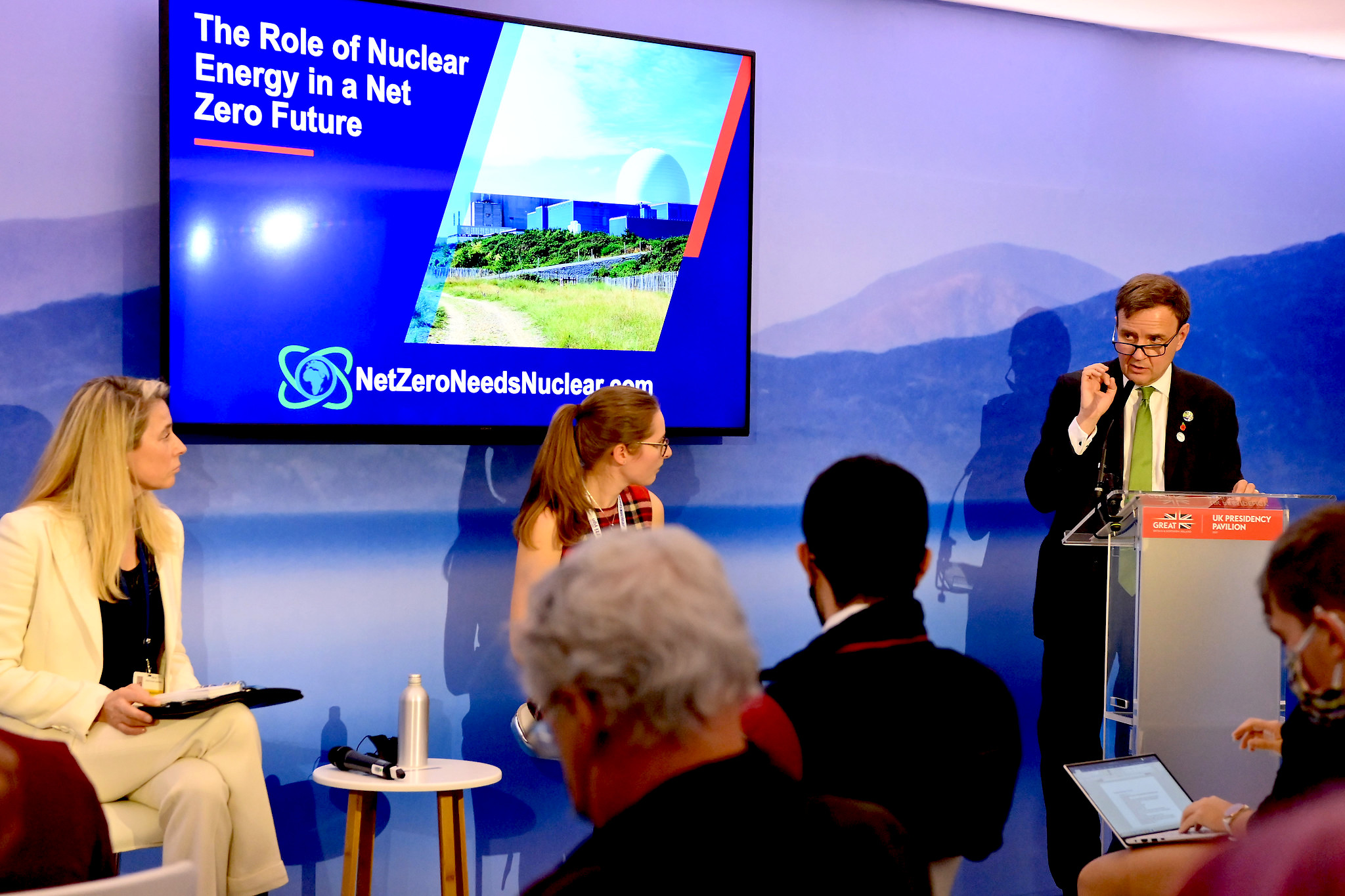 Similarly expect to see much government support given to “blue hydrogen,” which liberates more CO2 from natural gas than does burning the gas in a power station. It employs fossil fuel and the promises to continue the economic centralization of the current energy market, so is very attractive to the ruling classes.

Green hydrogen, however, requires wind turbines (or potentially solar power in Africa) and water, and is therefore potentially susceptible to production by large communities rather than by oil giants.

Nuclear power, blue hydrogen — expect to have these and other high centralization, high-energy schemes foisted on us now as “solutions.” They are in fact solutions, in this sense. In Glasgow the people were shut out while the global super-wealthy asked themselves this vital question:

“The planet is heading for environmental destruction: how do we make money out of that?”

They believe they have found some of the answers.