At the 80th anniversary of the attack, the Navy command was slow to alert the community while the state quickly issued a notice not to drink the water, Ann Wright reports. 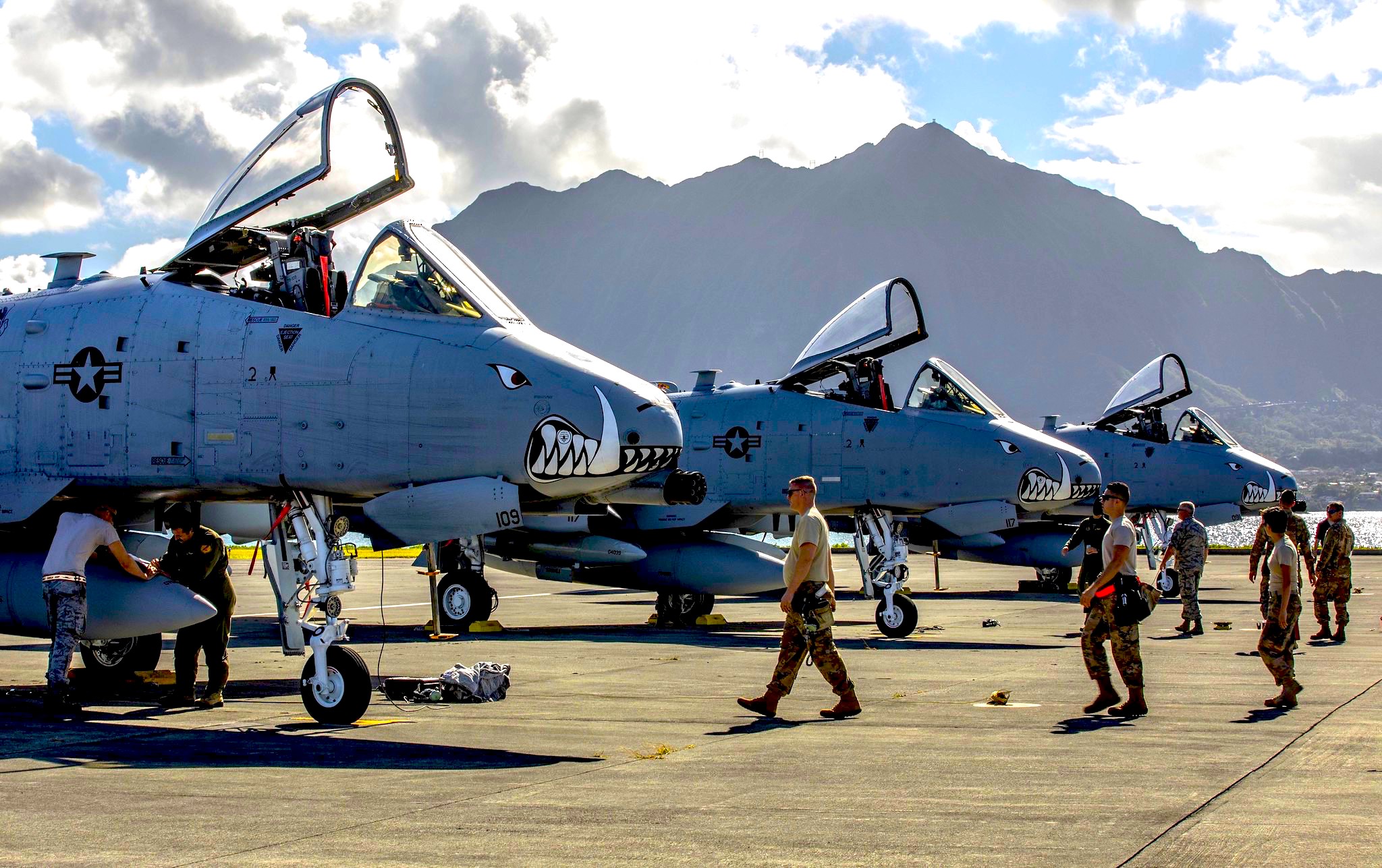 UPDATE: The U.S. Navy has shut down the contaminated water supply.

The long citizen protest underscoring the dangers of the U.S. Navy’s 80-year-old leaking 20 jet fuel tanks at Red Hill came to a head last week with Navy families around the large Pearl Harbor Naval Base being sickened by fuel in their home tap water.

The Navy’s huge jet fuel tank complex — each tank 20 stories tall and holding a total of 225 million gallons of jet fuel — is only 100 feet above Honolulu’s water supply and has been leaking with regularity.

The Navy command was slow to alert the community while the State of Hawai’i quickly issued a notice not to drink the water.  Foster Village community members stated that they were  smelling fuel after the Nov. 20 release of 14,000 gallons of water and fuel from a fire suppression drain line a quarter-mile downhill from the fuel tank farm. The Navy has acknowledged that another pipeline fuel leak of more than 1,600 gallons of fuel had occurred on May 6 due to human error and that some of the fuel likely “reached the environment.”

All hell broke loose at four military community town hall meetings on Nov. 30, when the Navy told housing residents that they should flush the water out of home pipes, the smell and fuel sheen would go away and they could use the water.  Residents yelled at military briefers that the State of Hawai’i Department of Health was warning resident not to drink or use the water. 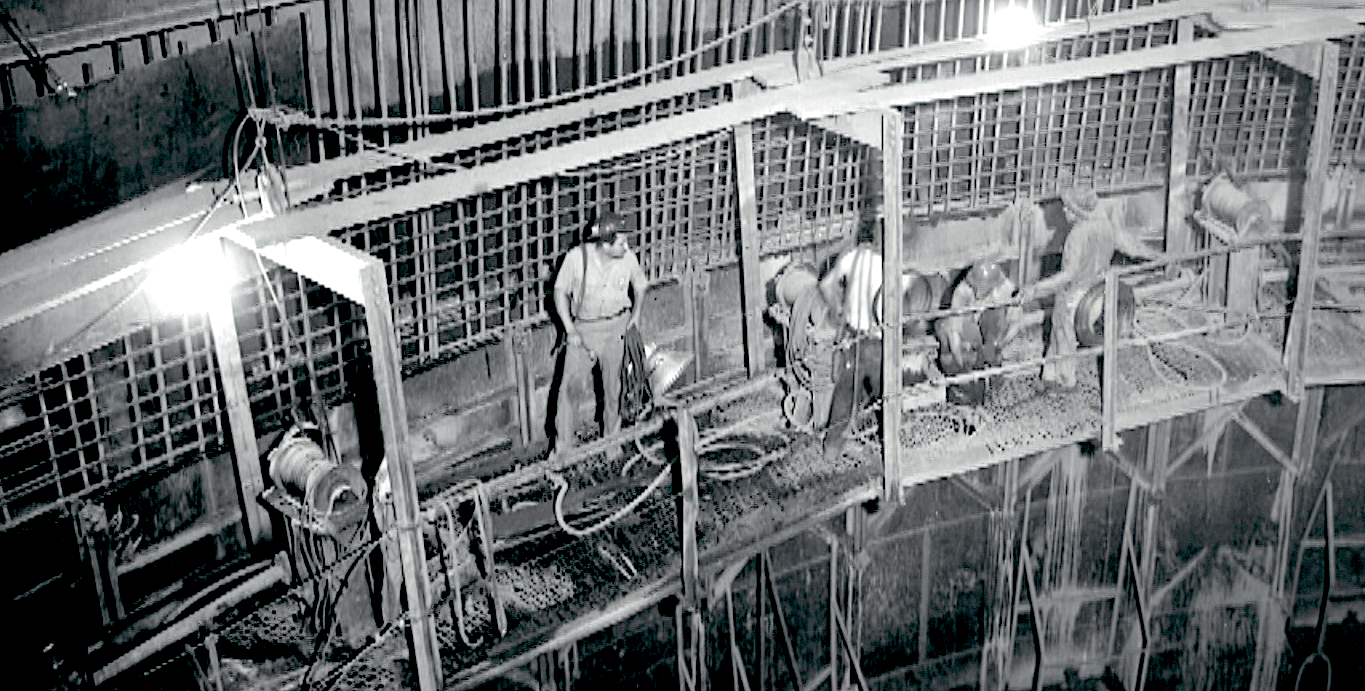 Three wells and water shafts serve the 93,000 military and family members around Pearl Harbor. Water samples have been sent for analysis to a laboratory in California to determine what type of contamination is in the water.

Over 470 people have made comments on the Joint Base Pearl Harbor Hickam community Facebook about a fuel smell coming from their water taps and a sheen on the water.  Military families are reporting headaches, rashes and diarrhea in children and pets.  Basic hygiene, showers and laundry are major concerns of residents.

Hawaii’s four-person congressional delegation has finally begun challenging the safety of the U.S. Navy’s Red Hill jet fuel tank complex and met with the secretary of the Navy.  Afterwards they issued a joint statement that read:

“The Navy owes the community straightforward communications on all events that occur at Red Hill and a commitment to address concerns with the Red Hill infrastructure no matter the cost. Given the resources and engineering expertise available to the Navy, we made it clear that there is zero tolerance for endangering the health and safety of the public or the environment.” 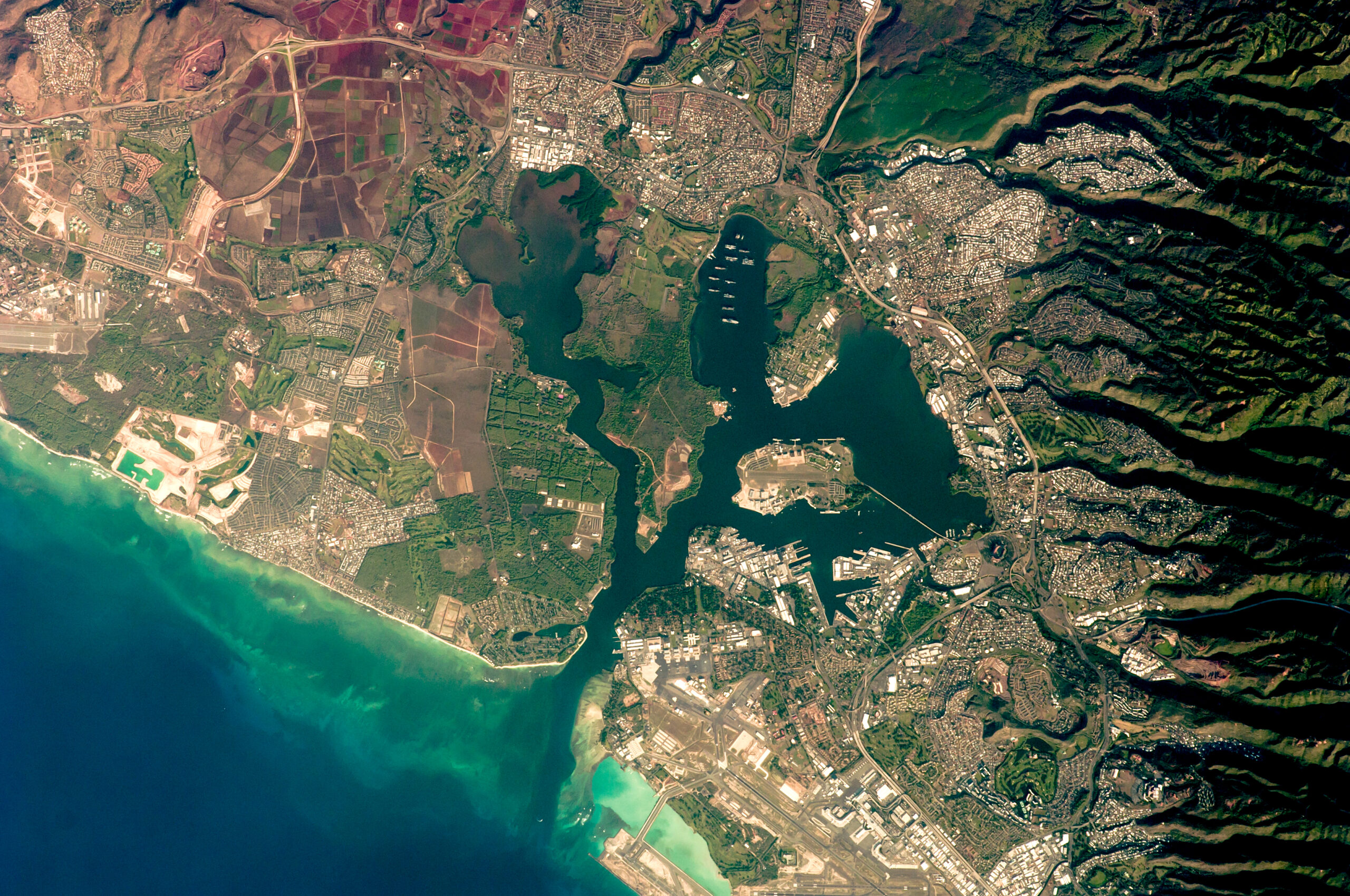 The Navy has warned that the tanks are vital for U.S. national security.  Citizen activists, including the newly formed Oahu Water Protectors coalition, have maintained that the real national security issue is the security of the water supply for 400,000 residents on an island 2300 miles from the closest continent and an island considered a key military location for projection of power. If the Honolulu aquifer is contaminated, water would have to be transported from the other aquifers on the island

The drinking water contamination affects military families and military members who provide the human element of the U.S. military strategy in the Pacific. But the safety of those affected will be determined by whether state of Hawai’i and the federal government can force the U.S. Navy to eliminate the major catastrophic danger to the island’s water supply by finally shutting down the Red Hill jet fuel tanks. 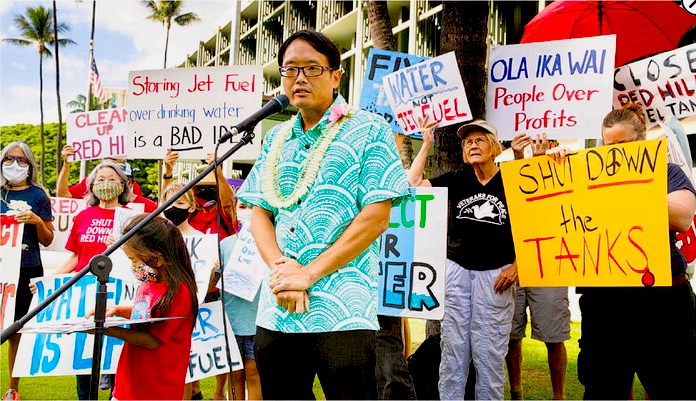 The Sierra Club has been warning for years about the dangers to Oahu’s water supply from the leaking 80-year-old jet fuel tank complex.  Citing threats to Honolulu’s drinking water, the Sierra Club of Hawaii and the Oahu Water Protectors have  called on President Joe Biden, the Hawaii congressional delegation and the U.S. military to shut down the leaking fuel tanks.

At a rally and news conference on Nov. 22, Wayne Tanaka, director of the Sierra Club of Hawaii said “Enough is enough. We’ve lost all faith in the local Navy command.”

“We’ve locked horns with the Navy for the last several years. I’m just trying to get them to acknowledge the risk — existential risks — that this fuel facility poses to our drinking water supply. It’s still unclear how and where fuel flow, if there is a massive leak, how quickly and whether it will actually migrate toward the Halawa shaft, which again would be pretty catastrophic.  We all want to make sure that this doesn’t become a harbinger of things to come of what may be impacting a much, much, much broader segment of the population here.”

The facts presented in a lawsuit filed by the Sierra Club against the Navy presented the evidence of the dangers of the 80 year old tanks include:

2) Leaked fuel and fuel components have already been found in the groundwater below the facility.

3) The thin steel tank walls are corroding faster than the Navy anticipated due to moisture in the gaps between the tanks and their concrete casing;

4) The Navy’s system to test and monitor tanks for leaks cannot detect slow leaks that may indicate a heightened risk for larger, catastrophic leaks; cannot prevent human error that has led to large releases of fuel in the past; and cannot prevent an earthquake, like the one that spilled 1,100 barrels of fuel when the tanks were brand new.

The statement of the Oahu Water Protectors coalition provides even more information about the leaks from the storage tanks:
– In 2014, 27,000 gallons of jet fuel leaked from Tank 5;
– In March 2020, a pipeline connected to Red Hill leaked an unknown quantity of fuel into Pearl Harbor Hotel Pier. The leak, which had stopped, started again in June 2020. Approximately 7,100 gallons of fuel was collected from the surrounding environment;
– In January 2021, a pipeline that leads to the Hotel Pier area failed two leak detection tests. In February, a Navy contractor determined that there is an active leak at Hotel Pier. The Department of Health only found out in May 2021;
– In May 2021, over 1,600 gallons of fuel leaked from the facility due to human error after a control room operator failed to follow correct procedures;
– In July 2021, 100 gallons of fuel was released into Pearl Harbor, possibly from a source connected to the Red Hill facility;
– In November 2021, residents from the neighborhoods of Foster Village and Aliamanu called 911 to report the smell of fuel, later found likely to have come from a leak from a fire suppression drain line connected to Red Hill. -The Navy reported that about 14,000 gallons of a fuel-water mixture had leaked;
– The Navy’s own risk assessment reports that there is a 96 percent chance that up to 30,000 gallons of fuel will leak into the aquifer over the next 10 years.

Ann Wright is a 29-year U.S. Army/Army Reserves veteran who retired as a colonel. She is also a former U.S. diplomat who resigned in March 2003 in opposition to the war on Iraq.  She served in Nicaragua, Grenada, Somalia, Uzbekistan, Kyrgyzstan, Sierra Leone, Micronesia and Mongolia.  In December 2001 she was on the small team that reopened the U.S. embassy in Kabul. She is co-author of Dissent: Voices of Conscience.