The plan puts the U.S. far behind other wealthy countries, several of which have for months offered free, rapid, home Covid-19 tests to residents. 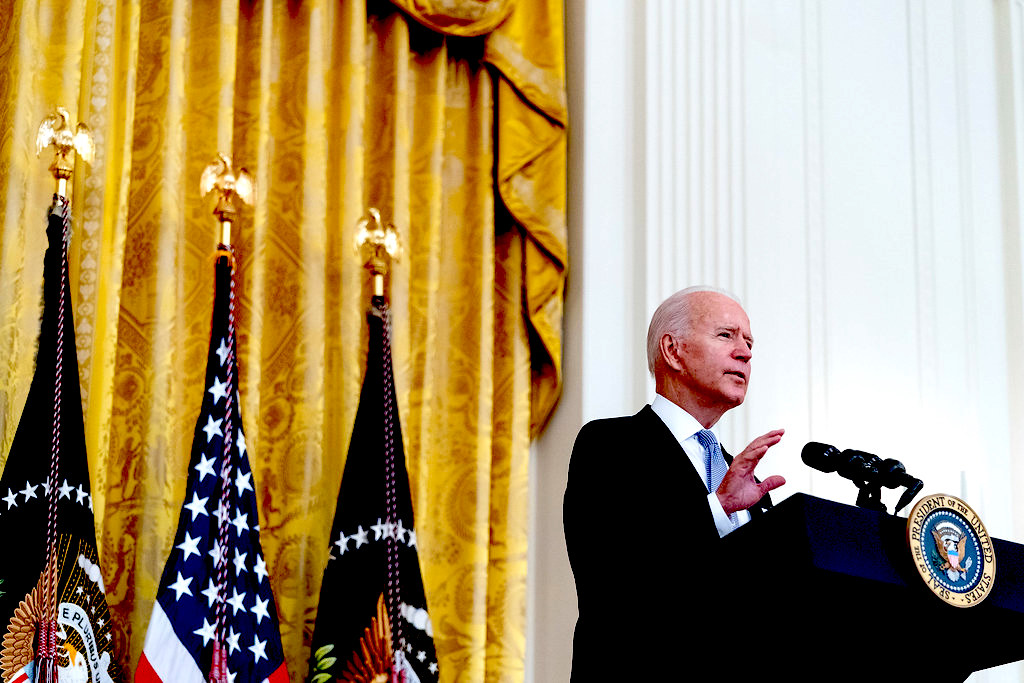 Despite the White House’s claim that its new Covid-19 strategy, unveiled Thursday, is “pulling out all the stops” to get the pandemic under control, public health experts and progressives are slamming the Biden administration for its “grossly inadequate” plan to push health insurance companies to reimburse people for rapid over-the-counter tests — a plan that will do nothing to encourage frequent testing, critics said.

President Joe Biden announced that people with private insurance will be required to submit receipts to their insurance companies to be reimbursed for tests that currently cost between $14 and $34. Retroactive reimbursement for tests people have already taken prior to the plan being released will not be permitted; the administration said it plans to release more guidelines and restrictions for the plan by Jan. 15.

For the 28 million Americans who don’t have private health insurance, the administration said it would distribute 50 million free tests —  covering fewer than two per person — through community health centers and rural clinics in addition to 20,000 free testing sites across the country — a proposal that is “still not adequate” for uninsured Americans and “creates a two-tier level of access to tests,” according to researcher and physician Dr. Adam Gaffney.

The plan puts the U.S. far behind other wealthy countries, several of which have for months offered free Covid-19 tests to residents as a way of helping to stop the spread of the virus, with governments taking on the burden of purchasing the tests and then distributing them to the public.

in other countries you can walk into a pharmacy and get a rapid test for free or less than $5 but here we have to pay $25 and…file for reimbursement? cool cool sounds great https://t.co/6tEJ6rfST8

“This is where the U.S. is an international outlier,” Martin McKee, a professor of European public health at the London School of Hygiene and Tropical Medicine, told The Washington Post. “Making testing free is clearly a good idea.”

Britain and Singapore both deliver free rapid tests to people’s homes, and Germany began offering all residents free rapid tests in March. People in India can access Covid-19 tests for about $3 each, making the frequent testing needed for people to keep track of their health status more feasible for many than it is in the United States.

Good morning to everyone except the deadly Rube Goldberg machine of neoliberal governance pic.twitter.com/NsZXmDhiST

In addition to “making people hassle with insurance” companies, as Rep. Alexandria Ocasio-Cortez (D-N.Y.) said, the insurance reimbursement scheme could lead manufacturers to charge more for tests, making them less accessible for many.

“If the consumer is thinking, ‘I will get reimbursed,’ they won’t really care about the price,” Ge Bai, a professor of health policy at the Johns Hopkins Bloomberg School of Public Health, told The New York Times Thursday.

The administration did not limit how much healthcare providers could charge for Covid-19 tests when it required insurers to cover tests at doctor’s offices and testing sites — allowing some providers to bill thousands of dollars for tests. The White House has yet to say whether it will cap the amount that insurance companies will have to cover for rapid over-the-counter tests.

“We need this administration to be courageous. This is not it at all,” said Dr. Uché Blackstock, founder of Advancing Health Equity. “Rapid at-home tests and high-quality masks should be free.”

Scientist Dr. Lucky Tran accused the White House of “pandering to insurance companies and the market,” while health researcher and physician Dr. Eric Reinhart said Biden’s attempt to address a public health crisis within the confines of the for-profit health insurance industry would be “a disaster.”

Immunologist Dr. Rick Bright, who issued early warnings about the pandemic to the Trump administration in January 2020, pointed out that demand for free Covid-19 tests is high; a free at-home test program introduced in New Hampshire and Washington state quickly ran out of supplies late last month.

“People want to get tested, but tests are too expensive,” said Bright. “[The] federal government should make testing affordable for everyone.”

Ocasio-Cortez suggested the insurance reimbursement plan offers the latest argument in favor of Medicare for All, including #M4A in her tweet about the issue.

“We can do better,” tweeted the congresswoman.