Twitter’s been a free speech paradise compared to Facebook or YouTube because it doesn’t tend to participate in large-scale algorithmic suppression of unauthorized perspectives, writes Caity Johnstone. 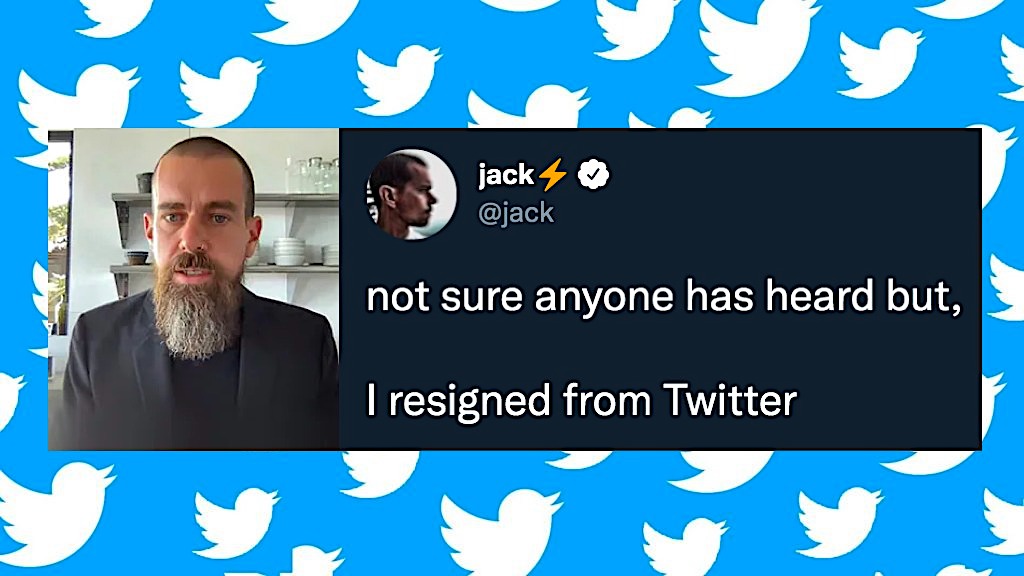 Twitter co-founder Jack Dorsey has resigned as CEO of the company, leading anyone who’s been paying close attention to the rise of Silicon Valley internet censorship to voice concerns that the platform’s relatively lenient attitude toward speech compared to other major social media services may be drawing to a close.

“Hard not to see this as bad news,” tweeted Glenn Greenwald in response to Dorsey’s announcement. “I don’t think it’s been fully appreciated that on key SV issues – including decentralization, transparency and free speech – @Jack has been far better than most, and way more responsive to critiques. We’ll see what happens but it seems not great.”

“Anyone who harbors concerns that social media have already grown too intolerant of dissenting opinions—too inclined to silence viewpoints that depart from liberal orthodoxy—should be worried about Dorsey leaving,” writes Reason’s Robby Soave.

“That’s because the long-serving CEO has occasionally articulated an ideological commitment to the principles of free speech; of all the tech industry pioneers who have been hauled before Congress to answer absurd questions, he was by far the most hostile to the idea that the government should serve as the internet’s speech police.”

not sure anyone has heard but,

Dorsey’s resignation comes the year after it was reported that his removal was being pursued by virulent neoconservative billionaire Paul Singer, whose Elliott Management Corp had just purchased a significant share of the company.

Twitter has been far from perfect when it comes to refraining from interfering with free expression on its platform; it just banned multiple accounts supporting the governments of Ethiopia and Eritrea against US-backed militants on what appears to be no legitimate basis mere hours ago after censoring trends in Ethiopia earlier this month, and has a longstanding pattern of censoring the speech of empire-targeted populations.

Still, Twitter has been a free speech paradise compared to other major platforms like Facebook or YouTube, largely because unlike those outlets it doesn’t tend to participate in the large-scale algorithmic suppression of unauthorized perspectives and the artificial uplifting of authorized ones.

And we are seeing some indication that that may be one of the changes we’ll see in the platform going forward. Twitter users are sharing around a 2020 quote by Dorsey’s replacement Parag Agrawal (emphasis added):

“Our role is not to be bound by the First Amendment, but our role is to serve a healthy public conversation and our moves are reflective of things that we believe lead to a healthier public conversation. The kinds of things that we do about this is, focus less on thinking about free speech, but thinking about how the times have changed. One of the changes today that we see is speech is easy on the internet. Most people can speak. Where our role is particularly emphasized is who can be heard.

The scarce commodity today is attention. There’s a lot of content out there. A lot of tweets out there, not all of it gets attention, some subset of it gets attention. And so increasingly our role is moving towards how we recommend content and that sort of, is, is, a struggle that we’re working through in terms of how we make sure these recommendation systems that we’re building, how we direct people’s attention is leading to a healthy public conversation that is most participatory.”

A lot of the commentary we are seeing on this paragraph tends to focus on the bit at the beginning about having no commitment to free speech, and not nearly enough attention is going to the latter half. Agrawal’s notion that it is Twitter’s place to “recommend content” and implement “recommendation systems” sounds far too similar to YouTube CEO Susan Wojcicki’s comments earlier this year when she admitted at a World Economic Forum summit that the platform had been elevating mainstream news sources on important political issues and hiding “borderline” content.

“When we deal with information, we want to make sure that the sources that we’re recommending are authoritative news, medical science, et cetera,” Wojcicki said. “And we also have created a category of more borderline content where sometimes we’ll see people looking at content that’s lower quality and borderline. And so we want to be careful about not over-recommending that. So that’s a content that stays on the platform but is not something that we’re going to recommend. And so our algorithms have definitely evolved in terms of handling all these different content types.”

This is a kind of censorship that Twitter has been relatively free from, and it is by far the worst kind. While you will routinely see Twitter posts going viral from people with peripheral political perspectives like communism or antiwar activism, you will virtually never see this occur on outlets like Facebook or YouTube because their algorithms are stacked in favor of “authoritative sources” like The New York Times and CNN which hardly ever give voice to such perspectives.

So we could soon be looking at a Twitter where communists, anarchists, conspiracy analysts, antiwar activists, supporters of empire-targeted governments, and other perspectives considered “borderline” by Silicon Valley narrative managers could receive very little visibility on people’s feeds, while authorized opinion-havers like blue-checkmark reporters from mainstream media outlets are given greater amplification.

This is the most pernicious form of internet censorship because unlike permanent bans it goes unseen and unacknowledged, and if you point out that your account isn’t getting the kind of traction it used to you can be dismissed as just paranoid and told that your content probably just hasn’t been as good lately.

On a platform like Twitter where high-profile influencers tend to congregate to share ideas and information, this can lead to a dynamic where unauthorized thought becomes far more marginalized than it previously was.

It should be obvious to everyone that humanity is headed down a dark path if worldwide public speech is regulated by monopolistic oligarchs with a vested interest in preserving the status quo and a steadily increasing alignment with government institutions.

If every platform people flock to in large numbers becomes subjected to iron-fisted establishment narrative management, it will greatly hinder humanity’s efforts to become a conscious species that has a truth-based relationship with the world.