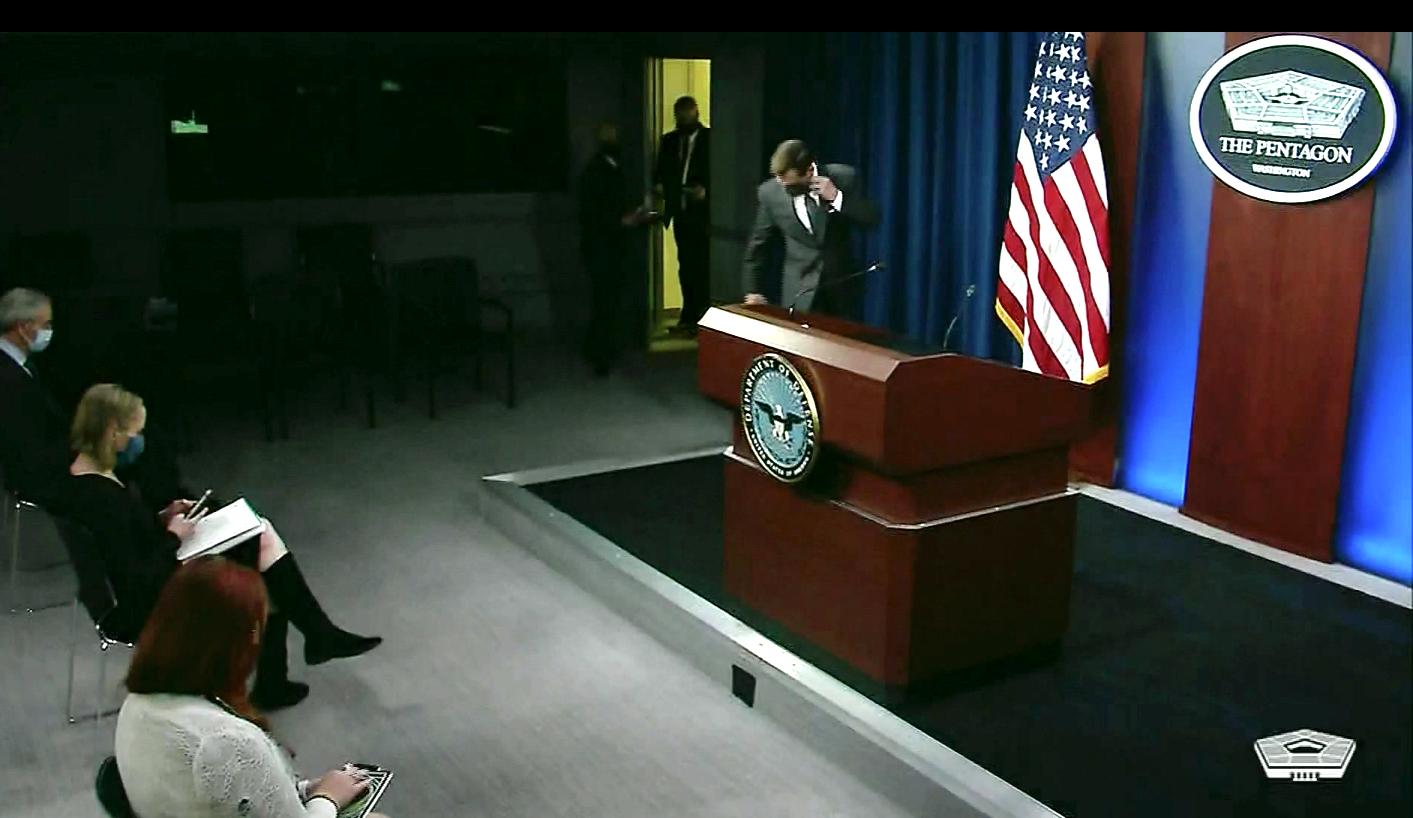 Pentagon press briefing on Nov. 3 about the the findings of a DoD official’s review of the U.S. airstrikes in Afghanistan in August that killed civilians. (Defense Department video still)

The mass media are full of headlines announcing that a “watchdog” has concluded in an “independent” investigation that U.S. military personnel did nothing wrong in an August airstrike in Kabul which killed 10 civilians and zero combatants.

“An independent Pentagon review has concluded that the U.S. drone strike that killed innocent Kabul civilians and children in the final days of the Afghanistan war was not caused by misconduct or negligence, and it doesn’t recommend any disciplinary action,” the Associated Press reports in an article titled “Watchdog finds no misconduct in mistaken Afghan airstrike.“

The word “watchdog” appears nowhere else in the article apart from its title, which means it was calculatingly chosen by an AP editor for the public (the vast majority of whom only read headlines) to see.

“The review, done by the Air Force Lt. Gen. Sami Said, found there were breakdowns in communication and in the process of identifying and confirming the target of the bombing, according to a senior defense official familiar with the report,” AP informs us. 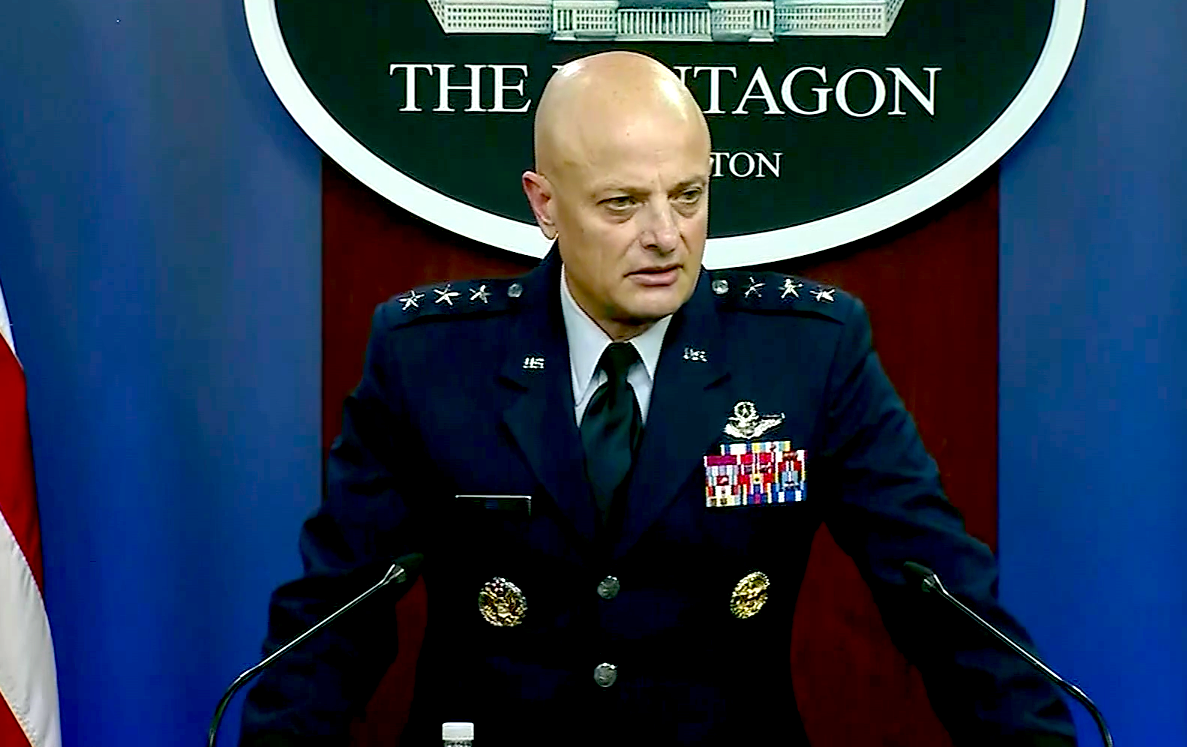 Air Force Lt. Gen. Sami Said briefing the press at the Pentagon on Nov. 3 about his review of the U.S. airstrikes in Afghanistan that killed civilians. (Defense Department video still)

The U.S. Air Force is of course a branch of the U.S. Department of Defense. So the Pentagon literally did the “we investigated ourselves and cleared ourselves of any wrongdoing” meme, and the mainstream press is passing that off as a real thing in much the same manner as the famous 1997 New York Times headline “C.I.A. Says It Has Found No Link Between Itself and Crack Trade.“

The claim that the investigation was “independent” is justified later in the AP report: “As inspector general of the Air Force, Said had no direct connection to Afghanistan operations and thus was deemed an independent judge of the matter,” the article reads.

So, AP was told by their source, a senior military official, that the report is “independent,” and then they passed that claim on to their readers as though it’s an objective fact when it is in reality an assertion by a U.S. government official. This Pentagon stenography is journalistic malpractice.

AP, along with Reuters and AFP, is one of just three news agencies which write the bulk of international news media reporting in the Western world. Corporate media outlets,  which generally can’t be bothered to do their own original reporting on international affairs, often run articles published by those agencies, along with whatever propaganda, spin and journalistic malpractice they happen to contain.

A quick search shows that this AP report has already been picked up and run verbatim by Politico, The Independent, Yahoo News and many other outlets.

“The full report on the strike, which includes several recommendations on how to avoid similar incidents in the future, is classified,” reports Business Insider, which also used the word “watchdog” in its headline.

The world is dominated by opaque and unaccountable government agencies that are legitimized and normalized by the mass media. The Pentagon killed 10 people, none of whom were combatants and seven of whom were children, lied about it, got exposed, investigated itself and found that those who perpetrated the attack were not even guilty of so much as negligence, then classified the report and called it a day.

And then the mass media legitimized this by calling it an “independent” investigation conducted by a “watchdog.”

As we discussed previously, this is just one of thousands of airstrikes the Pentagon has launched since its “war on terror” began, a huge percentage of which have included civilian casualties [as exposed by jailed whistleblower Daniel Hale] and virtually none of which have ever been subject to this much critical analysis.

The only reason this one is gaining special attention is because of the highly politicized nature of President Joe Biden’s Afghanistan withdrawal which the mass media aggressively criticized the entire time. It was only this dynamic that led to a New York Times investigation that showed the alleged “ISIS-K” target the Pentagon claimed it had slain was actually an aid worker named Zemari Ahmadi.

Dr. Steven Kwon, co-founder and president of the Nutrition and Education International where Ahmadi worked, released a statement on the Air Force inspector general’s conclusion:

“This investigation is deeply disappointing and inadequate because we’re left with many of the same questions we started with. I do not understand how the most powerful military in the world could follow Zemari, an aid worker, in a commonly used car for eight hours, and not figure out who he was, and why he was at a U.S. aid organization’s headquarters. According to the Inspector General, there was a mistake but no one acted wrongly, and I’m left wondering, how can that be? Clearly, good military intentions are not enough when the outcome is 10 precious Afghan civilian lives lost and reputations ruined.”

The most powerful military force ever assembled does not care about human beings and is completely unaccountable to the public. That’s why these things happen, and that’s why they will continue to happen until this entire corrupt power structure ceases to be.

← COP26: Fossil Fuel Companies Get Inside Climate Conference
Murder By Any Other Name →