The vice president’s recent episode at George Mason University is based on a dispute over what is real, writes Lawrence Davidson. 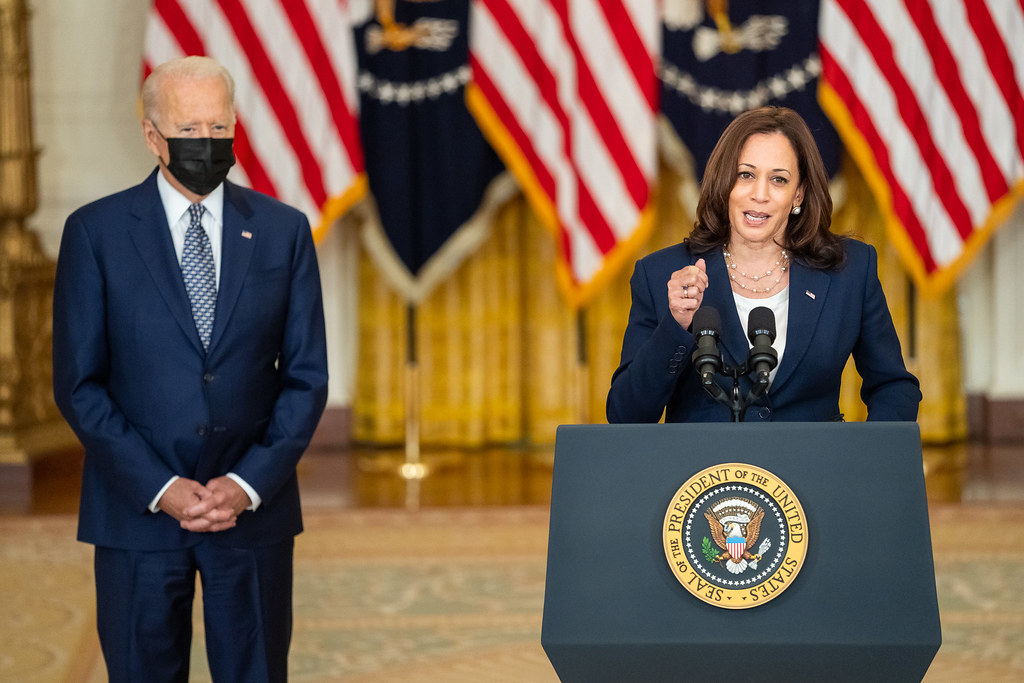 What sort of gap exists when it comes to American support for Palestinian rights? Is it a generation gap or perhaps a perceptual gap leading to an argument over what is and is not true?

This question was suggested, at least in my mind, on Sept. 28 when Vice President Harris paid a visit to George Mason University in northern Virginia. Actually, she was there for reasons that had nothing to do with Palestine or U.S. foreign policy. She was on a public relations excursion to “honor national voter registration day.” I do not know why her staff chose this venue, but it being a university, they built in a brief Q & A session.

There is absolutely no doubt that she and her staff see what followed as a minor political disaster. Here is what happened. One of the students (probably in her early 20s) noted that, on a previous occasion, the vice president had said that “the power of the people and demonstrations and organizing is very valuable in America.”

Then the student described recent impressive demonstrations across the country against Israeli treatment of Palestinians, adding that it all added up to “ethnic genocide and a displacement of people — the same that [once] happened in America.” So, the student asked, how come the U.S. continues to give Israel aid and support? She closed by observing that “I feel like there’s a lack of listening” on the part of government officials.

The student was correct in her description, though perhaps inexact in the use of the term genocide. Even so, her assertion of “ethnic genocide” (a charge the Zionists immediately labeled a “patent lie”) was warranted if not in the sense of gas chambers — the only way the Zionists choose to define genocide — but in the sense of the forced death of a culture. Mass displacement, be it through imposed exile or apartheid ghettoization, is historically equivalent to cultural genocide. It was Harris’ failure to challenge the student’s use of the term “ethnic genocide” that subsequently got her in political trouble with the Zionists.

At the Q & A session, Harris responded that she was glad that the student spoke her mind. “This is about the fact that your voice, your perspective, your experience, your truth cannot be suppressed, and it must be heard. . . . Our goal should be unity, but not uniformity,” Harris said. “And the point that you’re making about policies that relates to Middle East policy, foreign policy. We still have healthy debates in our country, about what is the right path. And nobody’s voice should be suppressed on that.”

Well, that is not exactly the Zionist line. Almost immediately, various Zionist organizations started contacting the White House — present residence of the confirmed Zionist President Joe Biden — complaining that Harris failed to “correct the student” when she used the term “ethnic genocide.”  The Zionists passed over the bit about “a displacement of people.”

Speaking of ethnic cleansing, if not genocide, on the same day that the student was explaining the oppression of the Palestinians to the vice president of the United States, that oppression was being actualized on the southeastern portion of the occupied West Bank. It was on that same Sept. 28 that Israeli “settlers” launched what, according to the Israeli newspaper Haaretz, can be described as a “state sanctioned pogrom” against the village of Khirbat al-Mufkara. This was not a unique event. 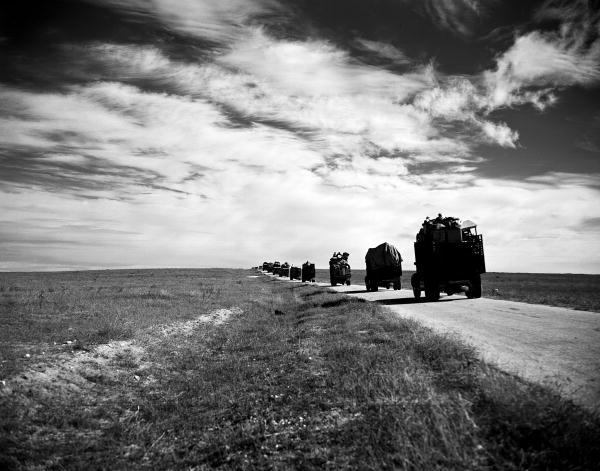 The episode at George Mason University and its aftermath is based on a dispute over what is real.

-First, there is an assertion of Palestinian oppression. Is the oppression real? The answer to this question might seem all too obvious. The Palestinians say it is real. Much of the rest of the Arab world says it is real. The United Nations General Assembly and its Human Rights Commission says it is real. Various human rights organizations operating worldwide say it is real. Indeed, there is an overwhelming body of evidence — which includes pictorial documentation and eyewitness accounts —as to this reality. It can only be denied by ideologically induced blindness, censored education, propaganda and/or the distortions that come when one’s status and income depend on the denial of this reality.

-Second, there is the Zionist claim that the land of “greater Israel” has always belonged to the Jewish people. In turn, the Palestinian situation, to the extent that it may involve some actual discomfort, is a self-induced reality. The land of Israel/Palestine was divinely deeded to the Jews by God thousands of years ago.

Initially, the Jews took possession of this land, but soon thereafter were forced out by enemy conquerors. However, the Jewish people never forgot about their lost patrimony and, when conditions were right, some 2,000 years later, they invaded Palestine and took the land back. Now comes the other half the story.

The alleged self-induced nature of the Palestinian reality. The Palestinians, both Muslim and Christian, were the indigenous occupants when the Jews (not all Jews, but mostly European Jews of Zionist persuasion) showed up at the end of World War II. The Palestinians resisted the Zionist effort to gain control of the land, and this led to the eventual war in 1947-48, their subsequent defeat, and the forced deportation of 750,000 Palestinians. In the Zionist story this was the consequence of Palestinian and Arab choices: (1) the Palestinian choice to resist the Zionist act of “repossession” and (2) the choice of most of the Arab states not to integrate the fleeing refugees into their societies. Are these Zionist claims real?

Well, the official Israeli histories say they are real, although independent Israeli historians have challenged this account in important details. Zionist organizations in Western countries say it is real. The U.S., British, German, French and other governments act diplomatically as if it is real.

Further, repetitive assertions within a mostly closed and censored information environment such as the Israeli educational system, the diaspora Hebrew school system, or much of the U.S. media, appear to confirm this reality. However, a close examination reveals that most of Zionism’s “reality” as to Palestine is based on biblical mythology, the absurd idea that Palestinian resistance to invasion is not legitimate, and ultimately, the notion that Zionist might makes right. 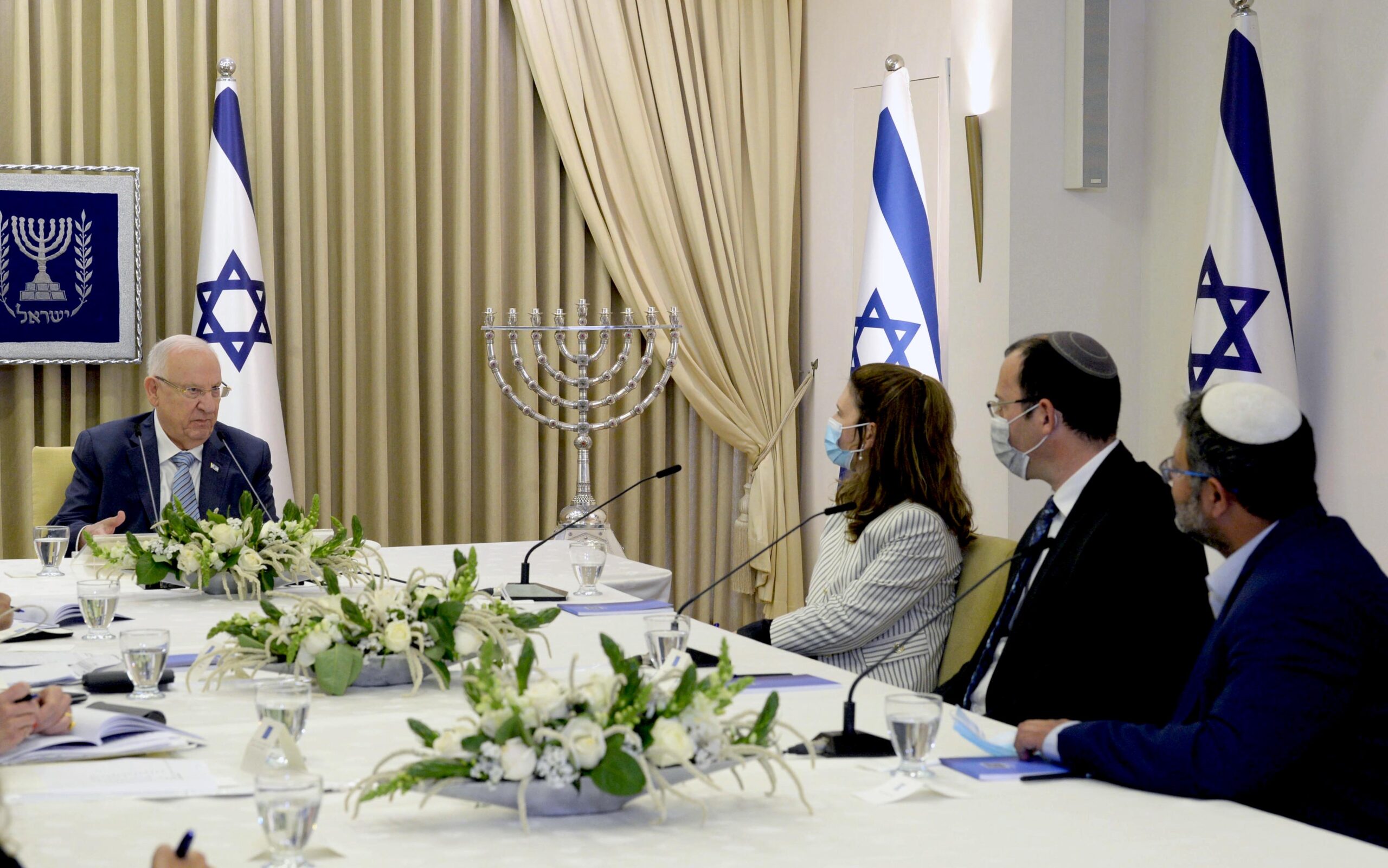 At George Mason University, Harris was confronted with a student who opened a brief window on Palestinian reality. The VP was not able to respond to the substance of this reality. Why? Maybe this is a function of her superficial knowledge and/or she just recognized its politically controversial nature; in either case, she sidestepped the issue of Israeli oppression by dealing with the student’s statement as an acceptable exercise of free speech.

But for the Zionists, even this is unacceptable. For them the clash of realities is a zero-sum struggle. Therefore, they can never rest easy. Even with solid backing at all U.S. government levels, the Zionists feel they cannot ignore this damning assertion of a 20-something college student. An endless insecurity lurks behind Zionist strength and creates a hypersensitivity to all criticism.

So. the American Zionists got mad at Harris for not “correcting” the student over the use of the charge of “ethnic genocide.” If that charge is allowed to stand, Israel must be put in the same category as Myanmar and its persecution of the Rohingya; China and the persecution of the Uighurs as well as its effort to erase Tibetan culture; Russia and its treatment of the Jews during much of the 19th and 20th centuries; the United States and the racist treatment of Native and Black Americans — a point of comparison the student had the presence of mind to raise; and finally, apartheid South Africa and its treatment of its African black majority.

The last-mentioned comparison calls attention to the Zionist revival of apartheid in greater Israel — a crime against humanity. So, either Zionist practices in Israel are among the most racist on the planet or the George Mason student is bearing false testimony. For the Zionists there is no middle ground.

Vice President Harris has her own problems with reality — the substantial reality of her political world. She lives in an environment where the Zionists, despite the false nature of their claims, have created a stranglehold on the political fate of many American politicians.

With their ability to pour millions of dollars into local political coffers, and to shift that support to the competitors of anyone who does not stick to a pro-Zionist line, the Zionist lobby has been able to create solid support for an oppressive apartheid state whose founding rationale is based on myth.

That is why, when the heated reaction to Harris’ reply to the George Mason student occurred, her communications director and foreign policy adviser were scrambling to damp down Zionist criticism. In other words, the vice president’s concerns are focused on the reality of her political situation even if it means denying the reality of millions of Palestinians.

In reference to the Palestinians, Harris is no doubt willing to sacrifice other important realities, such as those international laws originally established to protect minorities, including Jews. The Zionists no longer find any use for these laws because these are now called upon to protect Palestinians.

If you have enough ideological determination and control of the information environment, you can create a faux reality. That is, you can convince yourself and others that a set of assumptions and assertions that have no basis in fact are true. It also helps if you are strong enough to punish those who might challenge your claims.

That is the case of Israel and the Zionists. In Israel the media, synagogues, the educational system and political environment all support stories based on myth — the idea that Israel/Palestine belongs to the Jews by divine sanction, and the claim that the Palestinians are responsible for their own situation. There are, of course, Jewish Israelis who have broken free from this closed information environment. However, they are the exceptions.

In the U.S. and Europe, there is more information to be had and a greater devotion to free speech. Therefore, challenges to the Zionist storyline are broad and growing. As a consequence, many Jews, particularly of a younger generation, have recognized that the Zionist faux reality is a cover for oppression and state-sponsored racism.

Against this realization the Zionists, having rallied their bought and bullied allies in most of the Western governments, still fight as if their anachronistic notion of national existence depends on it — as if it is a zero-sum struggle.