Last month Biden’s Haitian envoy resigned on principle. Is there someone in Biden’s Justice Department who would push the attorney general to drop the prosecution of Julian Assange? asks Joe Lauria.

Last month the U.S. special envoy to Haiti quit in protest over the Biden administration’s decision to repatriate thousands of Haitian migrants from the United States. In his  letter (pdf) of resignation to Secretary of State Antony Blinken, Daniel Foote wrote, ““I will not be associated with the United States’ inhumane, counterproductive decision to deport thousands of Haitian refugees and illegal immigrants to Haiti, a country where American officials are confined to secure compounds because of the danger posed by armed gangs in control of daily life.”

‘The people of Haiti, mired in poverty, hostage to the terror, kidnappings, robberies and massacres of armed gangs and suffering under a corrupt government with gang alliances, simply cannot support the forced infusion of thousands of returned migrants lacking food, shelter, and money without additional, avoidable human tragedy. The collapsed state is unable to provide security or basic services, and more refugees will fuel further desperation and crime. Surging migration to our borders will only grow as we add to Haiti’s unacceptable misery.”

Foote’s letter went on to an extraordinary critique of the long history U.S. imperial meddling in Haiti’s internal affairs.

“But what our Haitian friends really want, and need, is the opportunity to chart their own course, without international puppeteering and favored candidates but with genuine support for that course. … The hubris that makes us believe we should pick the winner – again – is impressive. This cycle of international political interventions in Haiti has consistently produced catastrophic results. More negative impacts to Haiti will have calamitous consequences not only in Haiti, but in the U.S. and our neighbors in the hemisphere.”

To be an American government official and to write such a missive to the secretary of state takes an uncommon courage.

It is the kind of courage that will be needed to get Julian Assange out of Belmarsh prison, back to his family, and back to work.

Who Will Stand for Justice at Justice? 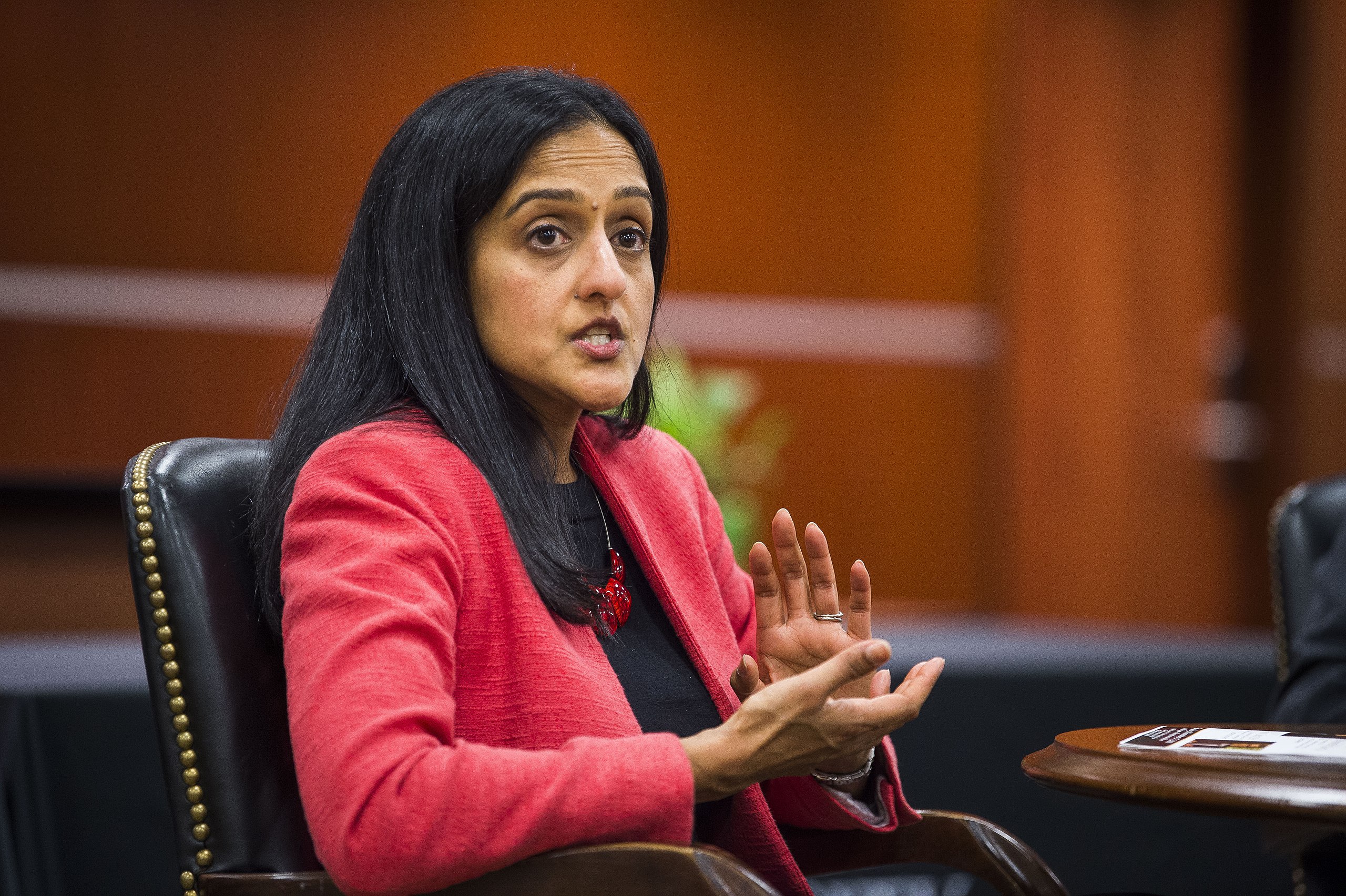 After the revelations two weeks ago by Yahoo! News confirming and fleshing out previously reported news that the Central Intelligence Agency had seriously discussed assassinating or kidnapping Assange, the Biden Justice Department is faced with the dilemma of whether to proceed with an extradition proceeding against Assange. It would send him to a country whose most powerful intelligence service planned to kill him.

Pressure has begun to mount on the Biden White House to drop the appeal initiated by the Trump administration. The Biden DOJ is still seeking to reverse a London court’s decision not to extradite Assange to the United States on the grounds of Assange’s high risk of suicide and the condition of U.S. prisons.  The appeal hearing is set for Oct. 27 and 28 at the High Court in London.

The Columbia Journalism Review noted the pressure on the White House after the Yahoo! revelations.

“The American Civil Liberties Union shared the article and reiterated its past call for the US to drop the charges against Assange on press-freedom grounds. The Freedom of the Press Foundation described the story as ‘shocking’ and ‘disturbing,’ and the CIA as ‘a disgrace’; Jameel Jaffer, the director of Columbia’s Knight First Amendment Institute said that the story was ‘mind-boggling,’ adding, “the over-the-top headline actually manages to capture only a small fraction of the lunacy reported here.” Many media-watchers shared the story on Twitter, and numerous major news outlets, at home and abroad, covered or at least noted it.”

White House Press Secretary Jen Psaki was asked about the Yahoo! report and deflected the question to the Justice Department.  It is from there that the decision on Assange’s fate will emanate.  Before Biden’s inauguration, the outgoing U.S. attorney for the Eastern District of Virginia, Zachary Terwilliger, who was leading the prosecution of Assange, raised hopes for Assange supporters when he told National Public Radio in January that he wasn’t sure the prosecution would continue.

It is difficult to read Attorney General Merrick Garland on this. He has said nothing about Assange. In July, Garland issued new press guidelines for the DOJ. “The Garland guidelines ban the use of subpoenas against journalists even when they have ‘possessed or published’ classified information,” wrote Jim Risen in The Washington Post. “But those are precisely the grounds upon which the Justice Department is seeking to prosecute Assange.”

While outside pressure may fall short, dropping the Assange case might instead require pressure from within Garland’s office, from someone like a Daniel Foote. That someone could be U.S. Associate Attorney General Vanita Gupta, the third most powerful person in the Justice Department. 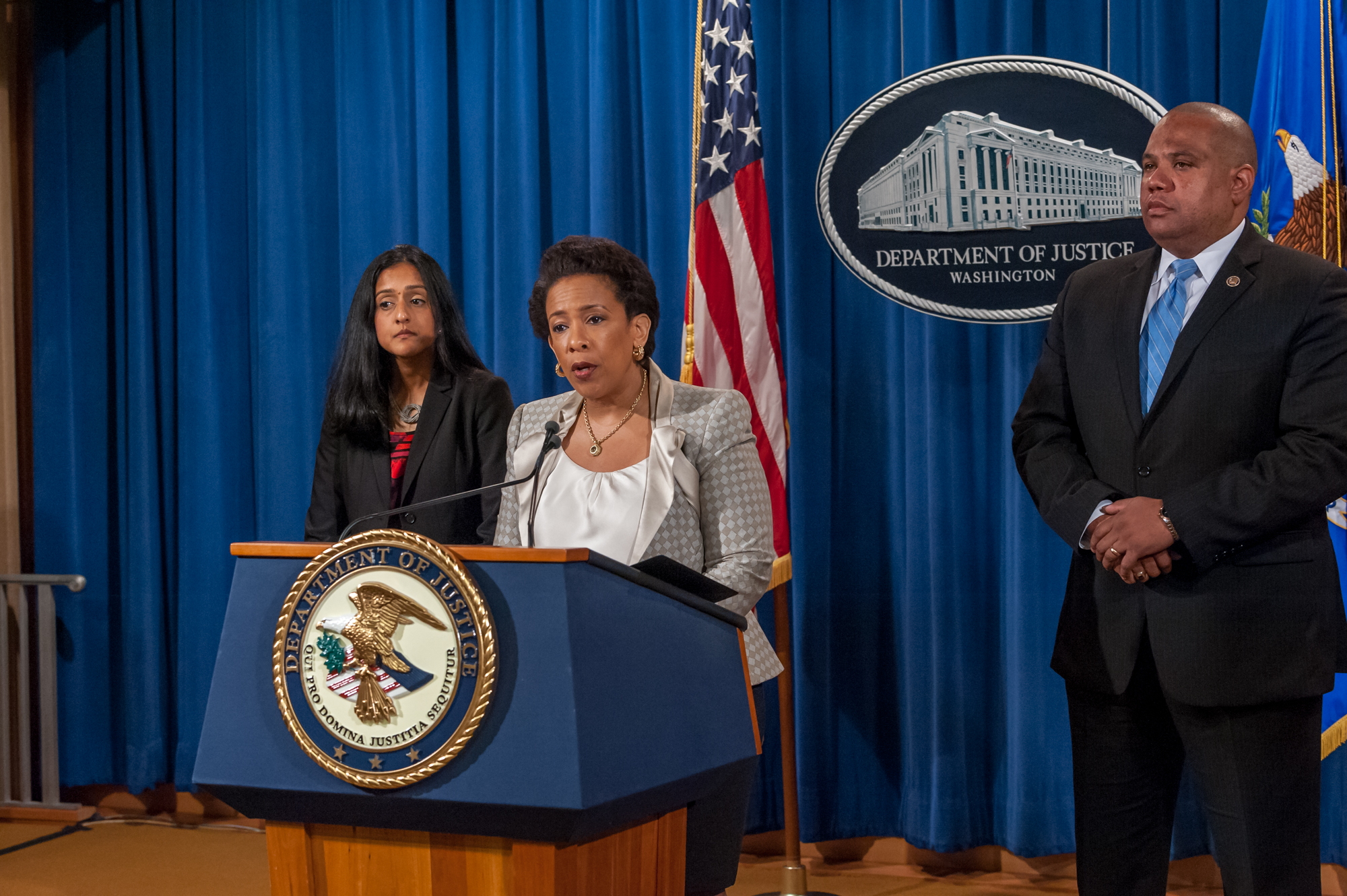 Then Attorney General Loretta Lynch announces that the Justice Department has opened a civil pattern or practice investigation into Baltimore Police Department. Gupta, head of Civil Rights Division, is on the left. May 2015. (Lonnie Tague/Department of Justice)

Gupta was confirmed by the Senate in that post on April 21. Among her duties are to advise and assist the attorney general. Gupta served in the Obama administration as the U.S. assistant attorney general for civil rights under Attorney General Loretta Lynch, running the DOJ’s civil rights division.  But before her time in government, Gupta was a leading  civil rights lawyer and the deputy legal director of the American Civil Liberties Union (ACLU), which called for the charges against Assange to be dropped after the Yahoo! report.

This new report highlights that the prosecution of Julian Assange poses a grave threat to press freedom.

We’ll say it again: The government needs to drop its charges against him. https://t.co/OZufPa8bVy

The ACLU was founded in 1920 in New York to fight for Americans’ constitutional rights, including the First Amendment. For 101 years the ACLU has championed freedom of expression. Gupta worked at the ACLU from 2007 to 2014.

Before that, Gupta was assistant counsel at the NAACP Legal Defense and Educational Fund.  She became involved in the 1999-2003 case of 10 percent of the African-American population of Tulia, Texas being arrested in phony drug stings by a corrupt cop.  Gupta brought together pro bono lawyers to represent the victims. All 46 of the people who were falsely accused and many imprisoned to long sentences eventually won their freedom.  Gupta won national recognition for her work in Tulia.

She is now in a unique position as the No. 3 at the Department of Justice to still fight for justice — this time for Julian Assange.

The story of Tulia, in which Gupta played a role fighting for justice.

Randy Credico, the comedian and activist, was in Tulia at the time with the William Moses Kunstler Fund for Racial Justice, working on the case.

“The Vanita Gupta I knew in 2002 and 2003 would resign today rather than have her name on this persecution [of Julian Assange],” Credico told Consortium News.

“The person I worked with then would be joining the epic struggle now to free Assange,” he said in a tweet last month.  At a protest outside the Justice Department in Washington in July, Credico said of Gupta, “If she allows Julian to be extradited it destroys her entire career and her work in Tulia, Texas.”

Credico says Gupta came in towards the end of the campaign for justice in Tulia and was the beneficiary of the national media, including The New York Times.  He says her career was “catapulted” by the media exposure. “I hope she does the right thing,” in regard to Assange, he said. “The irony is here’s a woman who’s where she is because of the press and now she’s allowing the Press to be destroyed.”

“If she allows Julian to be extradited it destroys… her work in Tulia, Texas.” pic.twitter.com/nreERgHGAh

In her confirmation hearing for associate attorney general in April, her supporters pointed to her work in Tulia as a reason for her to get the job. Gupta was confirmed by two votes, 51-49.

In 1999, Vanita Gupta fought for the freedom of nearly 40 wrongfully convicted people in the small town of Tulia, Texas.

She made their fight, her fight – and she won their freedom.

Even if someone like Gupta were to back Assange’s cause inside the Department of Justice and win over the attorney general, the White House would almost certainly need to be convinced, given how political Assange’s case is.

“If he [Assange] conspired to get these classified documents, with a member of the U.S. military, that’s fundamentally different than if someone drops on your lap [reaches out to news anchor and slaps table], Here David, you’re a press person. Here is classified material.”

Unable to come up with that proof — of participating in theft of government documents — the Obama-Biden administration declined to indict Assange in 2011. The New York Times had published many of the same WikiLeaks documents that Assange had, so logically, the Times would be just as guilty of violating the Espionage Act.

Indicting Assange and the Times would be a clear conflict with the First Amendment. But if it could be proven he was a hacker, and not just a journalist, that would have opened the way to indicting Assange, Biden said.

The Obama Justice Department’s FBI ran a sting against Assange in Iceland to try to nab him as a hacker but evidently did not find the testimony of its informant, Sigurdur “Siggi” Thordarson, convincing. Nor could it build a case of Assange conspiring with Chelsea Manning to hack a government computer, as Manning had clearance for every document she obtained.  These two dubious arguments were left to the Trump DOJ, which cobbled them together to indict Assange. Thordarson earlier this year admitted that he had lied to the FBI and recanted his testimony.  Last week he was arrested.

Biden is in a delicate situation.  Based on his own statements in 2010 he would not favor continuing the case against Assange. On the other hand, he is the head of the Democratic Party, which is still apoplectic about what they believe was Assange’s role in the 2016 election.  For the most fanatical party members, letting Assange go would be heretical.

An attorney sincerely committed to civil rights, which includes press freedom, who finds herself at the top of a Justice Department that will decide whether Assange lives or dies has a choice.  Just like Daniel Foote had.

9 comments for “Who Will Step Up in Biden’s DOJ to Save Julian Assange?”