The region could be an area for cooperation and solidarity among its peoples, say the authors. But not under the current agro-food model. 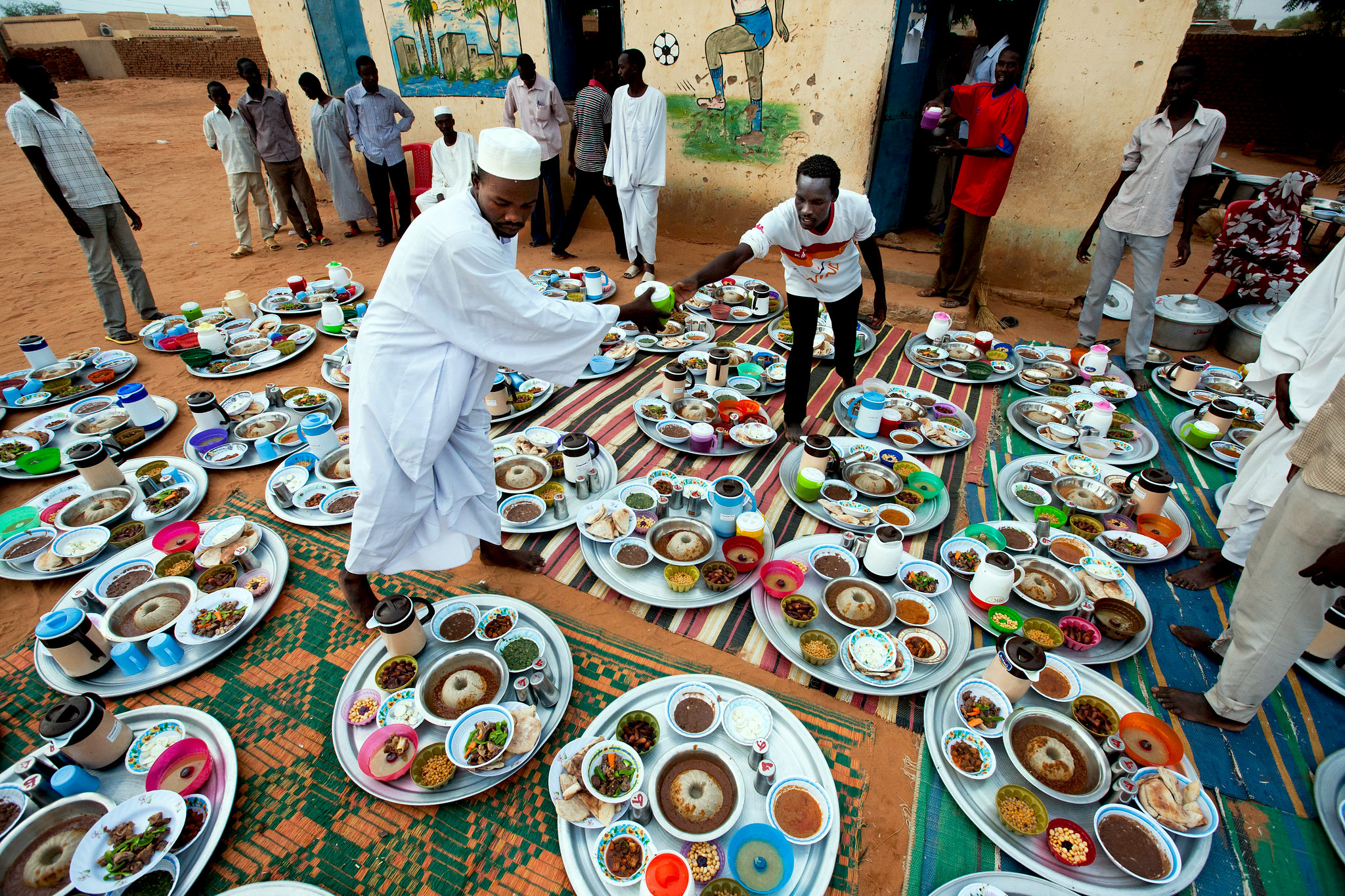 Trays of food are offered in El Fasher, Sudan, during the evening meal that breaks the Muslim fast during Ramadan, August 2012. (UN Photo/Albert González Farran)

By Ali Amouzai, Sylvia Kay and Hamza Hamouchene
Africa is a Country

Food systems are often a point of focus and expression for crises and popular resistance in North Africa. When subsidies are lifted and the prices of essential foods spike, social uprisings follow — and they are nearly always severely suppressed.

Uprisings followed the International Monetary Fund’s (IMF) interventions after the debt crisis in the 1970s and 1980s. Policies from that era endured into the 21st century, with agro-food systems across the region geared towards the expansion of large-scale, commercial agriculture, attracting foreign investment and big agribusiness, export-orientation, and a reliance on imports for domestic food needs and production inputs. This came at the expense of broad-based rural development and traditional food systems and cultures. The result has been the impoverishment of rural populations and mass migration to urban areas and abroad.

A new study by the Transnational Institute (TNI) and the North African Food Sovereignty Network (NAFSN) — [on which the authors worked] — shows how traditional farming and local food production deteriorated and how food dependency intensified with communities increasingly reliant on imports from the Global North. The takeover of land, water, and seeds by domestic and foreign capital continued.

Uprisings followed the 2007-2008 global food price crisis too. And, more recently, food systems were one of the main catalysts for the uprisings in Tunisia in December 2010 that would spread across the North African and the Arab region forming part of the “Arab Spring.” But still, states in the region did not change direction despite popular pressure from below.

Decades of neoliberal state policies have led to considerable food dependency. More than 50 percent of calories consumed daily in the Arab region are from imported food, with the region spending around $110 billion annually on food imports.

This has brought prosperity to a few but left many others facing considerable hardship as markets, resources and policies are increasingly dominated by a handful of powerful (corporate) actors. A downward swing in oil prices has added to the challenge leaving oil-producing countries, such as Algeria and Libya, struggling to cover the costs of food imports.

The Covid-19-related lockdowns in the region led to hundreds of thousands of layoffs, diminishing households’ purchasing power and disrupting their ability to access food. According to the World Bank (October 2020), unemployment in the Middle East and North Africa (MENA) region hit a record high during the pandemic and caused widespread impoverishment.

The economic dislocation wrought by the pandemic has led to a surge in the number of people suffering from hunger and malnutrition in a region in which, even prior to Covid-19, a significant share of the population experienced food insecurity.

According to the TNI-NAFSN study, small-scale food producers have been among the hardest hit by the closure of food markets (as in Morocco or Tunisia), declining sales of food and agricultural products, and difficulty accessing key production inputs. 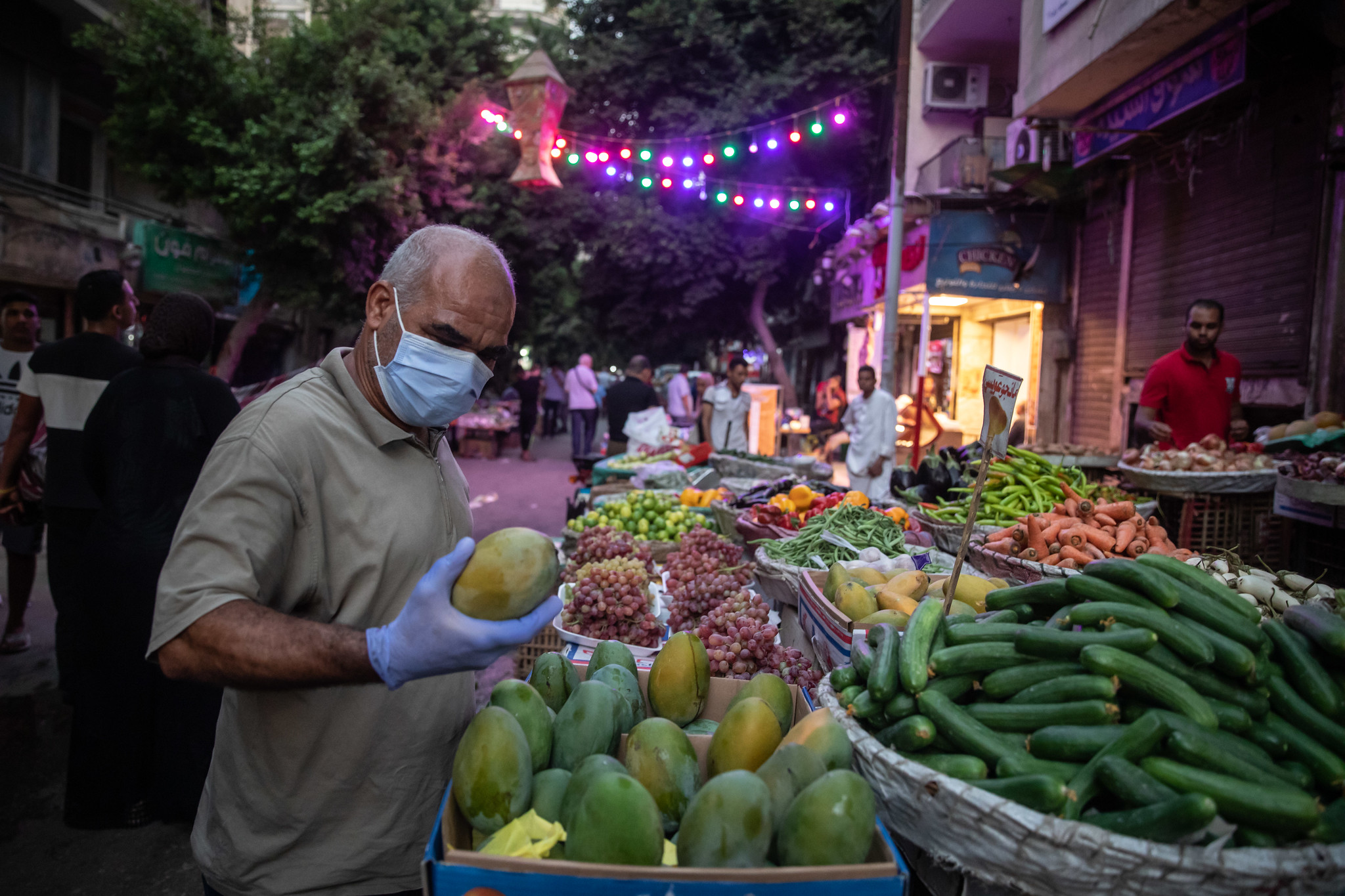 Women have been particularly affected by the pandemic due to the roles they play in productive and reproductive work. Especially in rural areas, they play a key role in obtaining food for their households, exposing them to the risk of infection during their farming, laboring and other work. For example, in Lalla Mimouna in the Kénitra region of Morocco — a pandemic hotspot by June 2020 — hundreds of female agricultural strawberry workers became infected while working on farms owned by a Spanish investor producing fruit for export. While being paid starkly low wages, carrying out exhausting physical work and facing clear disparities in terms of access to income, economic opportunities, social protection and health care, women agricultural workers have, in many ways, borne the brunt of the crisis.

Governments and institutional actors across the region have responded to the health and economic crisis in a number of ways, including intervening more assertively in the trade of key foodstuffs and medical items, and extending emergency aid to various sections of society. However, these measures did not address the root causes of the crisis.

International and regional institutions recommended more or less the same policies as before, with minor adjustments to mitigate negative effects, rather than transforming food systems for social justice and sustainability. Essentially, they recommended perpetuating dependency on global agro-food markets and private capital as key mechanisms to deliver food security in the region.

This business-as-usual approach continues to tie people’s food supply to the market mechanisms that prioritize profit for private corporations and the delivery of hard currency to cover state’s debt obligations.

The North African region could be an area for cooperation and solidarity among its peoples. But this will not be brought about by states and local elites that profit from the continuation and expansion of the current agro-food model, with its “free” trade and liberalization of local markets dramatically undercutting small-scale producers.

As we argued in the TNI-NAFSN study, the severity of the crisis requires a change of direction — one that is geared towards the rights and agency of laborers and small-scale producers, agro-ecology, and the complete elimination of the structural causes of food dependency and the lack of food sovereignty. By politicizing food systems and putting issues around democratic control at the heart of decision-making, food sovereignty thus offers a radically different pathway out of the current crisis.

← Where Flowers Find No Peace to Grow
WATCH: US Hegemony Challenged →

1 comment for “COVID-19: A Just Recovery for North Africa’s Food”