Nils McCune and Camila Escalante say the meeting represents a hostile takeover of world governance by corporate forces and the billionaire elite. 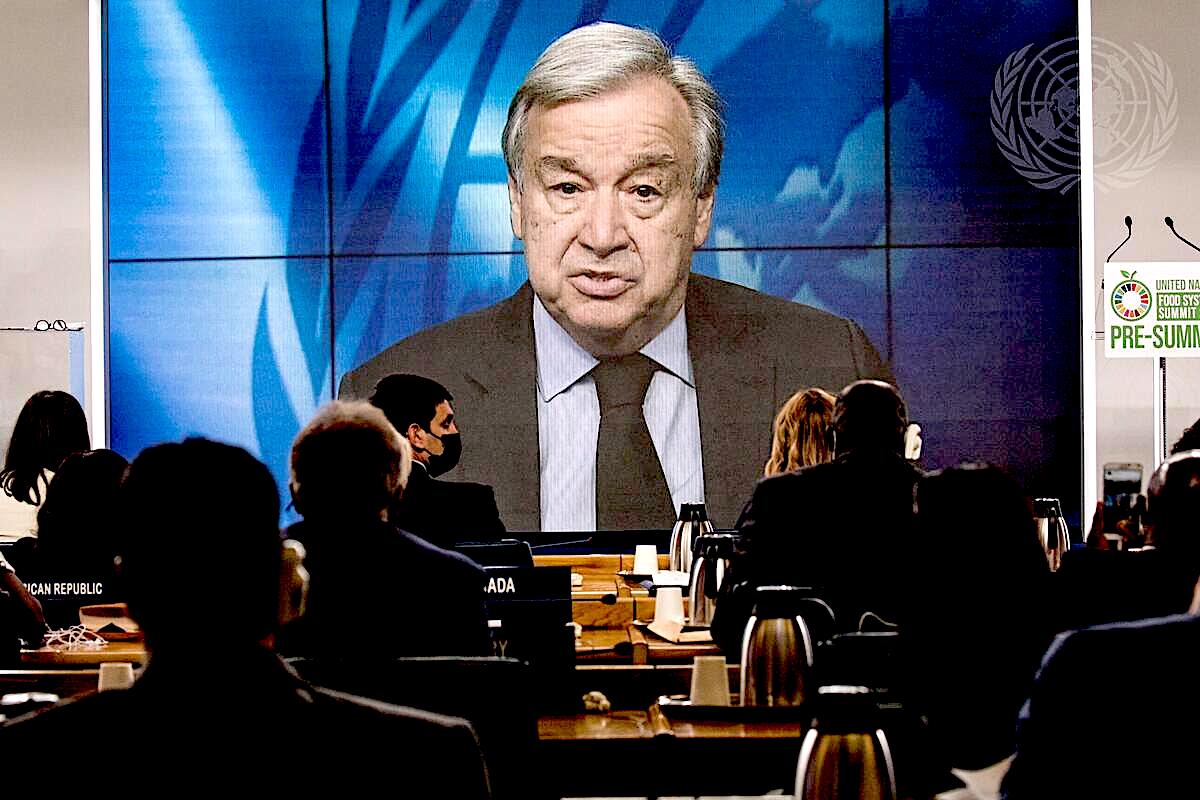 By Nils McCune and Camila Escalante
The Grayzone

The United Nations held its Food Systems Summit in New York on Thursday. Under the guise of the U.N. system, and despite sleight-of-hand language about “equal opportunities,” this summit represents a hostile takeover of world governance by corporate forces and the billionaire elite.

Today, social movements are standing up for democracy and against big capital’s devastation of their lands, farms, and communities.

The United Nations is based on the idea of multilateralism, where states seek peaceful solutions on the basis of equality and respect, replacing the colonialist institutions that preceded it.

That’s why for decades, the United States government has instead pushed for things like G-7, NATO, and other forms of control over geopolitics.

As far-right governments have pulled back from multilateral institutions like the U.N. and the WHO, corporate actors have been moving in. 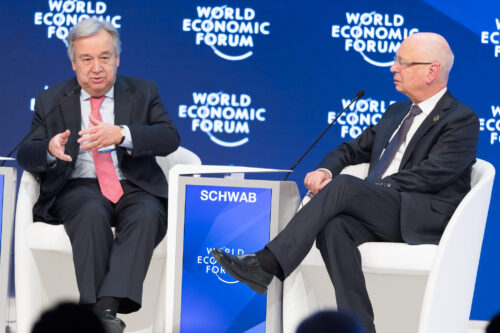 The World Economic Forum and its president Klaus Schwab have silently pushed forward the “Davos Agenda”, now re-packaged as the “Great Reset”, a vast proposal replacing traditional multilateral institutions with secretive, unaccountable bodies run by corporations and the wealthy elite.

Their “multi-stakeholder capitalism” model is based on the idea that public institutions are, by nature, inefficient.

During the neoliberal shock therapy of the 1990s, the World Economic Forum pushed the idea that corporations are more than just profit-seeking vehicles, that they could be socially responsible.

Now Davos would argue that transnational corporations are social actors, which need to be included to make decision-making truly democratic.

In doing so, Davos hijacked the gains of decades of work by popular movements to open up world governance to the demands of civil society – and did so using corporate doublespeak to further entrench elite power.

La Vía Campesina is possibly the world’s largest social movement. Made up of 200 million small farmers, peasants, farm workers, and indigenous peoples, it has popularized the idea of food sovereignty as the right of peoples to control and defend their own food systems using healthy, agro-ecological methods.

After years battling against free-trade agreements and the World Bank in the streets of Seattle, Cancun, and Seoul, La Via Campesina made an incursion into institutional politics, helping to draft and carry the U.N. Declaration on the Rights of Peasants through 18 years of negotiations, until it was passed by the U.N. General Assembly in December 2018. 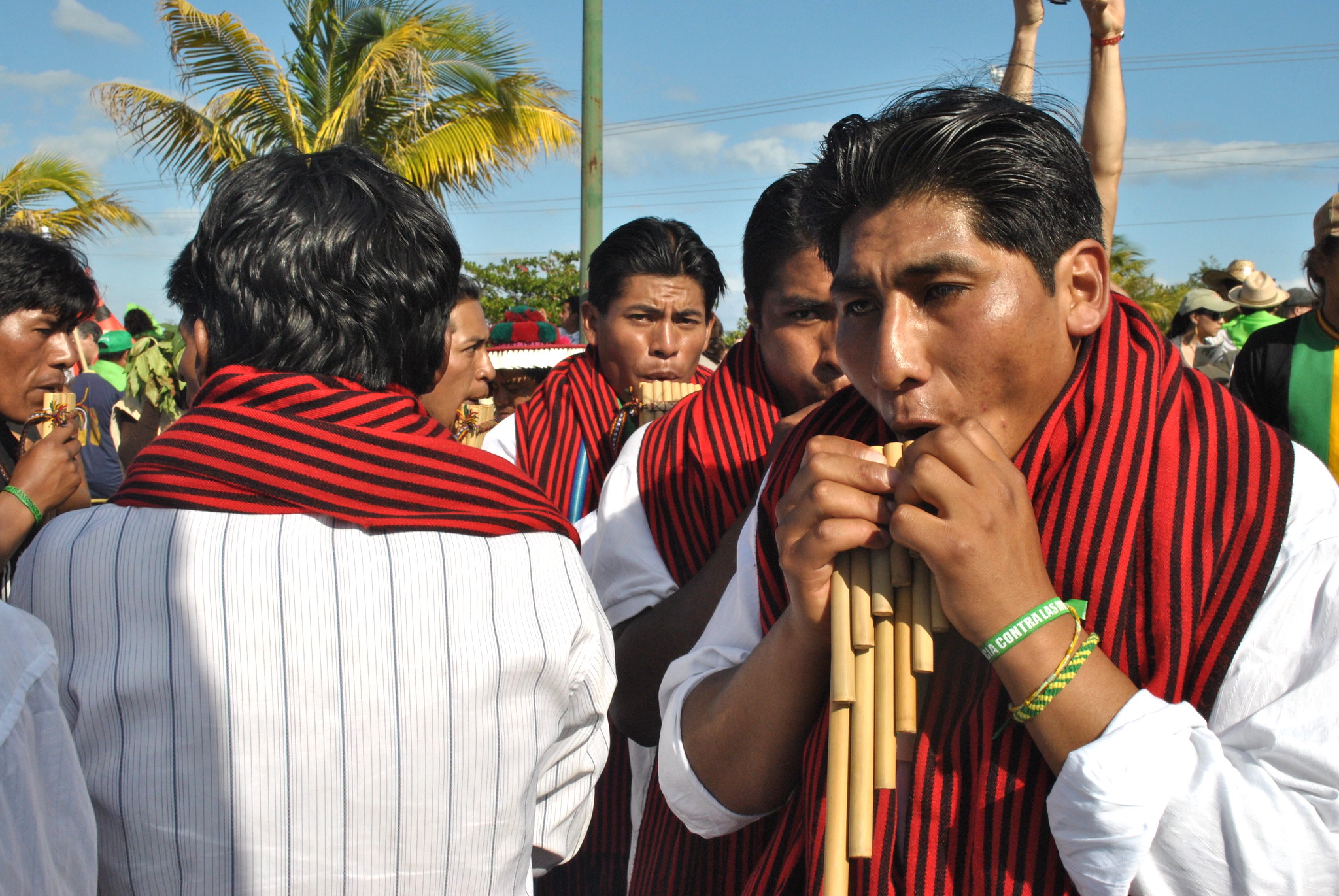 This declaration protects the right of rural people to access land, water, seeds, and other resources in order to produce their own food and that of their society.

Worldwide, 70 percent of food is produced by small farmers, who use only one-quarter of total farmland.

Meanwhile, the Bill and Melinda Gates Foundation created the Alliance for a Green Revolution in Africa, or AGRA, in 2006.

AGRA promised to double yields and incomes for 30 million families while cutting food insecurity by half in 13 African countries by 2020. 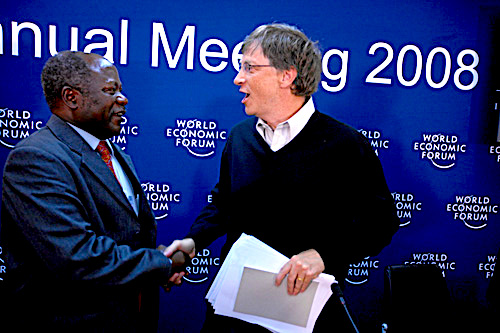 Over the ensuing decade, AGRA collected nearly $1 billion in donations, and spent $524 million on programs promoting the use of genetically modified and hybrid seeds, commercial fossil fuel-based fertilizers, and chemical pesticides.

As a formidable corporate lobby, AGRA pushed governments in Africa into contributing another billion dollars annually to subsidize agri-chemicals and imported seeds sourced from U.S. and European agribusiness corporations, as well as policies to privatize communal lands and reduce taxes on corporations.

After 14 years of mega-philanthropy’s knee on the neck of Africa, a 2020 Tufts University study showed that, in AGRA’s 13 focus countries, hunger had jumped 30 percent, as farmers were pushed to abandon nutritious, traditional polycultures to focus on monoculture fields of imported corn seed.

Opposition to AGRA’s corporate takeover of the African countryside is part of what drove La Via Campesina and farmers across the continent to demand a place at the table in U.N. debates about food.

After the world food crisis of 2008, the U.N. Committee on World Food Security was reorganized to allow social actors such as La Via Campesina to participate as non-voting delegates in debates about food policy.

The New UN: A Public-Private Partnership 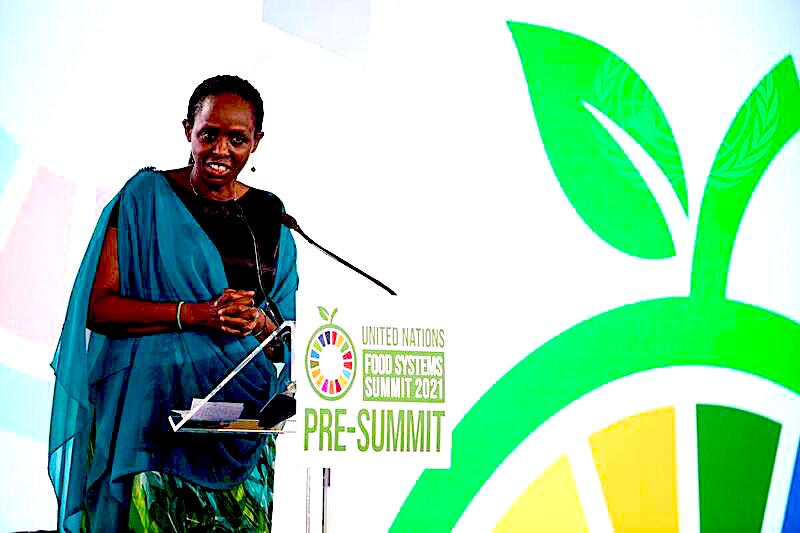 In June 2019, the office of U.N. Secretary-General António Guterres, without previous, public discussion in the General Assembly or any other intergovernmental body, signed a strategic partnership with the World Economic Forum.

The secretary-general is supposed to be the world’s leading advocate for multilateralism, the idea at the core of the U.N. Instead, he has effectively endorsed multi-stakeholder governance, the core idea of the Great Reset.

The 2021 U.N. Food Systems Summit was initiated through a partnership with the World Economic Forum, with limited participation of other U.N. bodies, such as the Food and Agriculture Organization or the Committee on World Food Security, which traditionally handle food policies.

In contrast to previous food summits, there was no intergovernmental body that convened the summit.

The current president of AGRA, Agnes Kalibata, was named as special envoy to the summit, a clear sign of the hand of the Gates Foundation.

The lack of transparency and corporate agenda of the summit were denounced in an open letter signed by more than 500 civil society organizations in March 2020, which decried the practice of putting more control over land, biodiversity, and water in the hands of elite and secretive bodies run by corporations.

Nils McCune is a researcher, academic, and small farmer based in Nicaragua. He is regional communicator for La Vía Campesina North America.

Camila Escalante is an independent journalist based in Latin America. She works with Kawsachun News.

9 comments for “UN Food Summit Taken Over by Corporations & Gates”