The latest chapter of CIA ops in Afghanistan started when the 2001 bombing campaign was not even finished, writes Pepe Escobar. 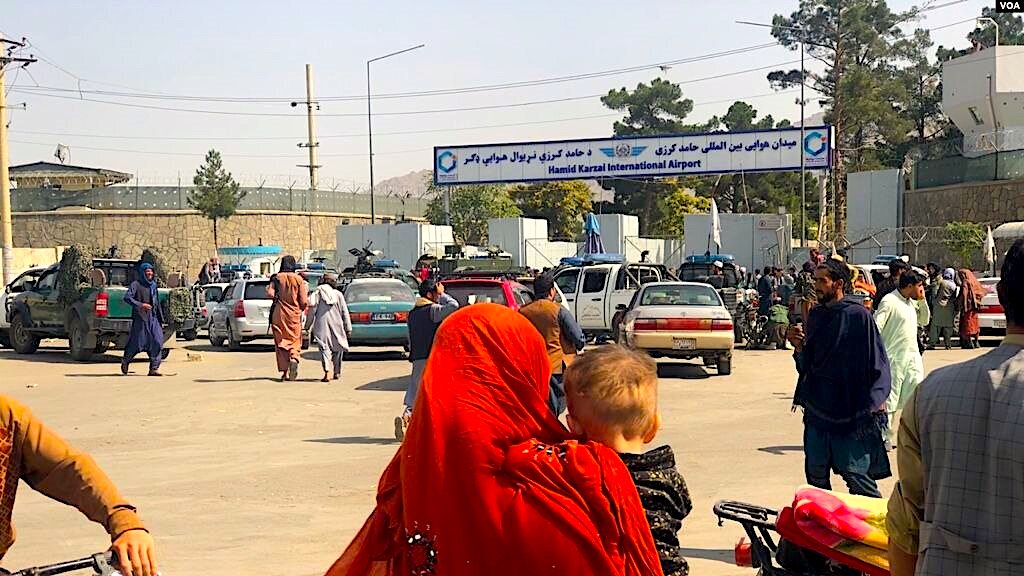 Outside the Hamid Karzai International Airport in Kabul on Aug. 17. (VOA, Wikimedia Commons)

By Pepe Escobar
The Cradle

So we have the CIA Director William Burns deploying in haste to Kabul to solicit an audience with Taliban leader Abdul Ghani Baradar, the new potential ruler of a former satrapy. And he literally begs him to extend a deadline on the evacuation of U.S. assets.

The answer is a resounding “no.” After all, the Aug. 31 deadline was established by Washington itself. Extending it would only mean the extension of an already defeated occupation.

The “Mr. Burns goes to Kabul” caper is by now part of cemetery of empires folklore. The CIA does not confirm or deny Burns met Mullah Baradar; a Taliban spokesman, delightfully diversionist, said he was “not aware” of such a meeting.

We’ll probably never know the exact terms discussed by the two unlikely participants — assuming the meeting ever took place and is not crass intel disinformation. 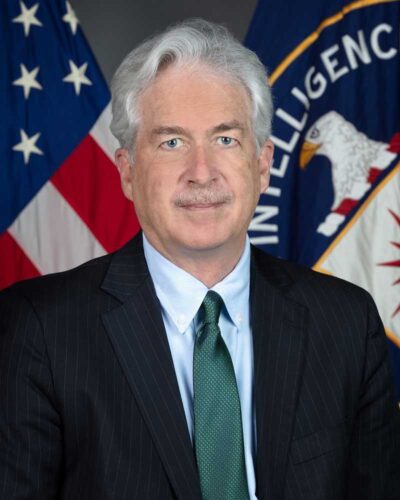 Meanwhile, Western public hysteria is, of all things, focused on the imperative necessity of extracting all “translators” and other functionaries (who were de facto NATO collaborators) out of Kabul airport. Yet thundering silence envelops what is in fact the real deal: the CIA shadow army left behind.

The shadow army are Afghan militias set up back in the early 2000s to engage in “counter-insurgency” — that lovely euphemism for search and destroy ops against the Taliban and Al-Qaeda. Along the way, these militias practiced, in droves, that proverbial semantic combo normalizing murder: “extrajudicial killings,” usually a sequel to “enhanced interrogations.” These ops were always secret as per the classic CIA playbook, thus ensuring there was never any accountability.

Now Langley has a problem. The Taliban have kept sleeper cells in Kabul since May, and much earlier than that in selected Afghan government bodies.

A source close to the Ministry of Interior has confirmed the Taliban actually managed to get their hands on the full list of operatives of the two top CIA schemes: the Khost Protection Force (KPF) and the National Directorate of Security (NDS). These operatives are the prime Taliban targets in checkpoints leading to Kabul airport, not random, helpless “Afghan civilians” trying to escape. 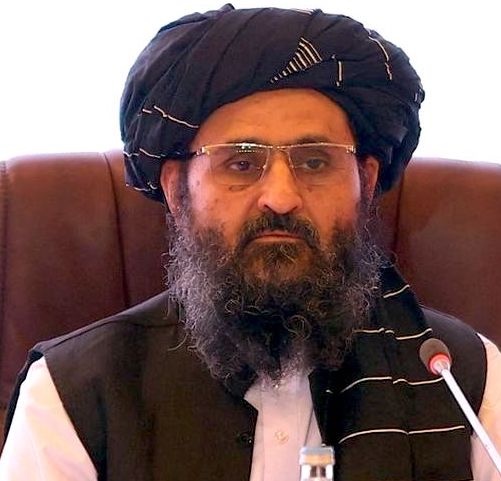 The Taliban have set up quite a complex, targeted operation in Kabul, with plenty of nuance — allowing, for instance, free passage for selected NATO members’ Special Forces, who went into town in search of their nationals.

But access to the airport is now blocked for all Afghan nationals. The Aug. 26 double tap suicide-car bombing has introduced an even more complex variable: the Taliban will need to pool all their intel resources, fast, to fight whatever elements are seeking to introduce domestic terror attacks into the country.

The RHIPTO Norwegian Centre for Global Analyses has shown how the Taliban have a “more advanced intelligence system” applied to urban Afghanistan, especially Kabul. The “knocking on people’s doors” fueling Western hysteria means they know exactly where to knock when it comes to finding collaborationist intel networks.

It is no wonder Western think tanks are in tears about how undermined their intel services will be in the intersection of Central and South Asia. Yet the muted official reaction boiled down to G7 foreign ministers issuing a mere statement announcing they were “deeply concerned by reports of violent reprisals in parts of Afghanistan.”

Blowback is indeed a bitch. Especially when you cannot fully acknowledge it.

From Phoenix to Omega 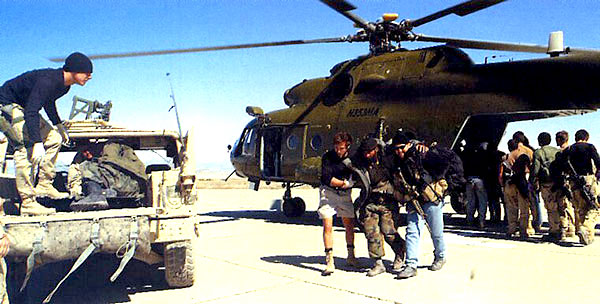 The latest chapter of CIA ops in Afghanistan started when the 2001 bombing campaign was not even finished. I saw it for myself in Tora Bora, in December 2001, when Special Forces came out of nowhere equipped with Thuraya satellite phones and suitcases full of cash. Later, the role of “irregular” militias in defeating the Taliban and dismembering al-Qaeda was feted in the U.S.  as a huge success.

Former Afghan President Hamid Karzai was, to his credit, initially against U.S. Special Forces setting up local militias, an essential plank of the counter-insurgency strategy. But in the end that cash cow was irresistible.

A central profiteer was the Afghan Ministry of Interior, with the initial scheme coalescing under the auspices of the Afghan Local Police. Yet some key militias were not under the ministry, but answered directly to the CIA and the U.S. Special Forces Command, later renamed as the infamous Joint Special Operations Command (JSOC). 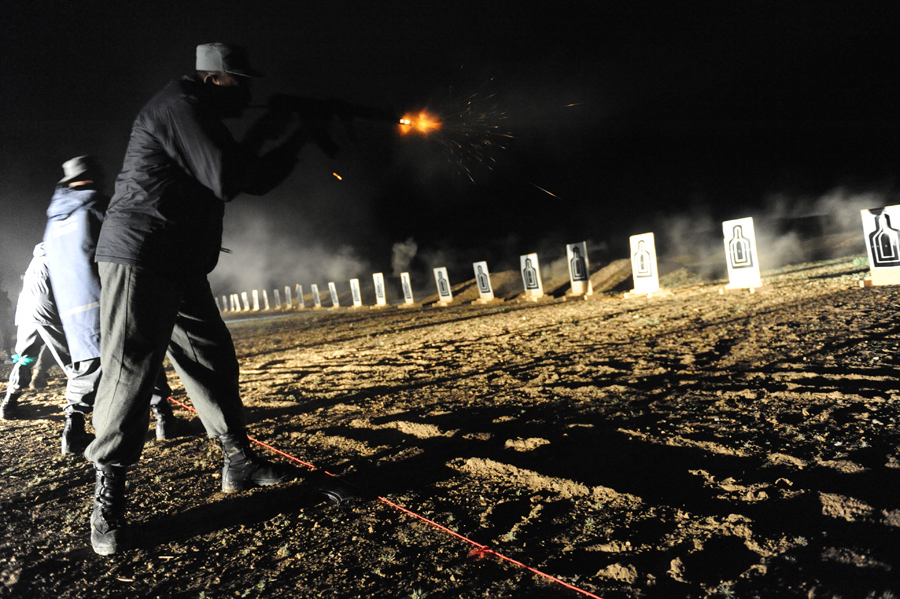 Inevitably, CIA and JSOC got into a catfight over controlling the top militias. That was solved by the Pentagon lending Special Forces to the CIA under the Omega Program. Under Omega, the CIA was tasked with targeting intel, and Special Ops took control of the muscle on the ground. Omega made steady progress under the reign of former U.S.  President Barack Obama: it was eerily similar to the Vietnam-era Operation Phoenix.

Ten years ago, the CIA army, dubbed Counter-terrorist Pursuit Teams (CTPT), was already 3,000 strong, paid and weaponized by the CIA-JSOC combo. There was nothing “counter-insurgency” about it: These were death squads, much like their earlier counterparts in Latin America in the 1970s.

In 2015, the CIA got its Afghan sister unit, the National Directorate of Security (NDS), to establish new paramilitary outfits to, in theory, fight ISIS, which later became locally identified as ISIS-Khorasan. In 2017, then-CIA Chief Mike Pompeo set Langley on an Afghan overdrive, targeting the Taliban but also Al-Qaeda, which at the time had dwindled to a few dozen operatives. Pompeo promised the new gig would be “aggressive,” “unforgiving” and “relentless.” 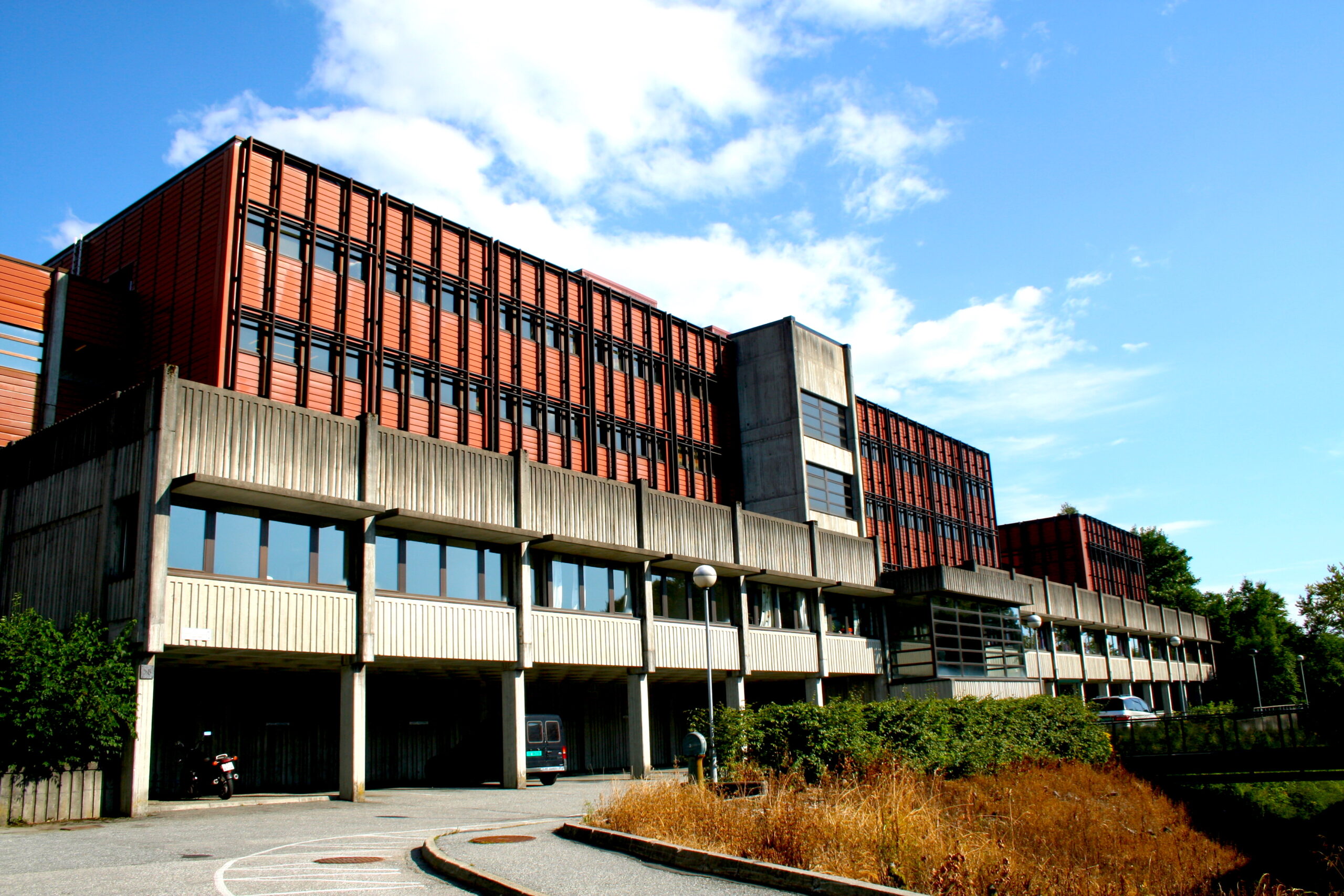 The report shows how the CIA army was a two-headed hydra. The older units harked back to 2001 and were very close to the CIA. The most powerful was the Khost Protection Force (KPF), based at the CIA’s Camp Chapman in Khost. KPF operated totally outside Afghan law, not to mention budget. Following an investigation by Seymour Hersh, I have also shown how the CIA financed its black ops via a heroin rat line, which the Taliban have now promised to destroy.

The other head of the hydra were the National Directorate of Security’s own Afghan Special Forces: four main units, each operating in its own regional area. And that’s about all that was known about them. The NDS was funded by none other than the CIA. For all practical purposes, operatives were trained and weaponized by the CIA.

So, it’s no wonder that no one in Afghanistan or in the region knew anything definitive about their operations and command structure. The UN Assistance Mission in Afghanistan (UNAMA), in trademark infuriating bureaucratese, defined the operations of the Khost Protection Force and the National Directorate of Security as appearing “to be coordinated with international military actors (emphasis mine); that is, outside the normal government chain of command.”

By 2018, the KPF was estimated to harbor between 3,000 to over 10,000 operatives. What few Afghans really knew is that they were properly weaponized; well paid; worked with people speaking American English, using American vocabulary; engaged in night operations in residential areas; and crucially, were capable of calling air strikes, executed by the U.S.  military. 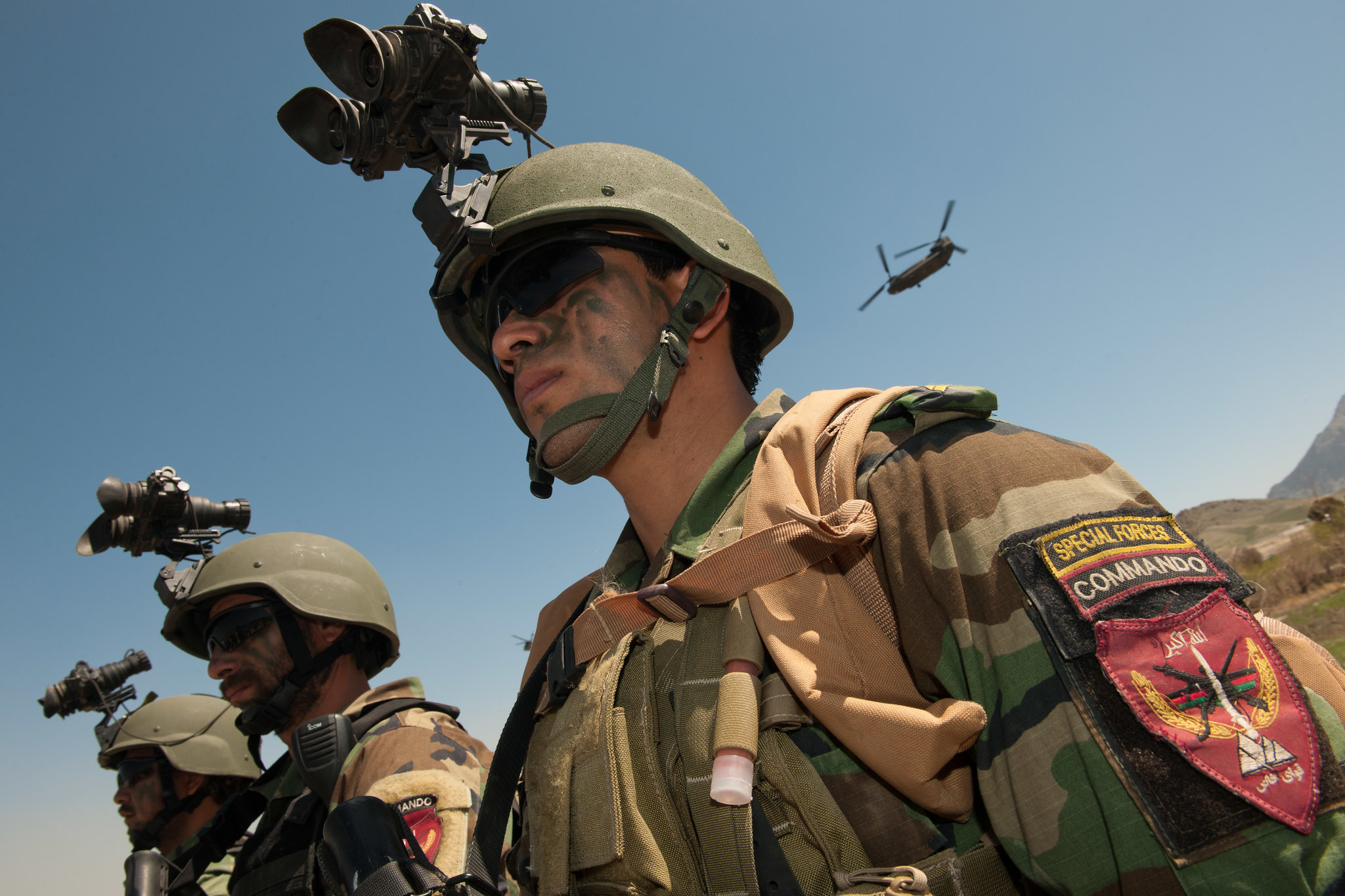 A 2019 UNAMA report stressed that there were “continuing reports of the KPF carrying out human rights abuses, intentionally killing civilians, illegally detaining individuals, and intentionally damaging and burning civilian property during search operations and night raids.”

Call it the Pompeo effect: “aggressive, unforgiving, and relentless” – whether by kill-or-capture raids, or drones with Hellfire missiles.

Woke Westerners, now losing sleep over the “loss of civil liberties” in Afghanistan, may not even be vaguely aware that their NATO-commanded “coalition forces” excelled in preparing their own kill-or-capture lists, known by the semantically-demented denomination: Joint Prioritized Effects List.

The CIA, for its part, couldn’t care less. After all, the agency was always totally outside the jurisdiction of Afghan laws regulating the operations of ‘coalition forces.’ 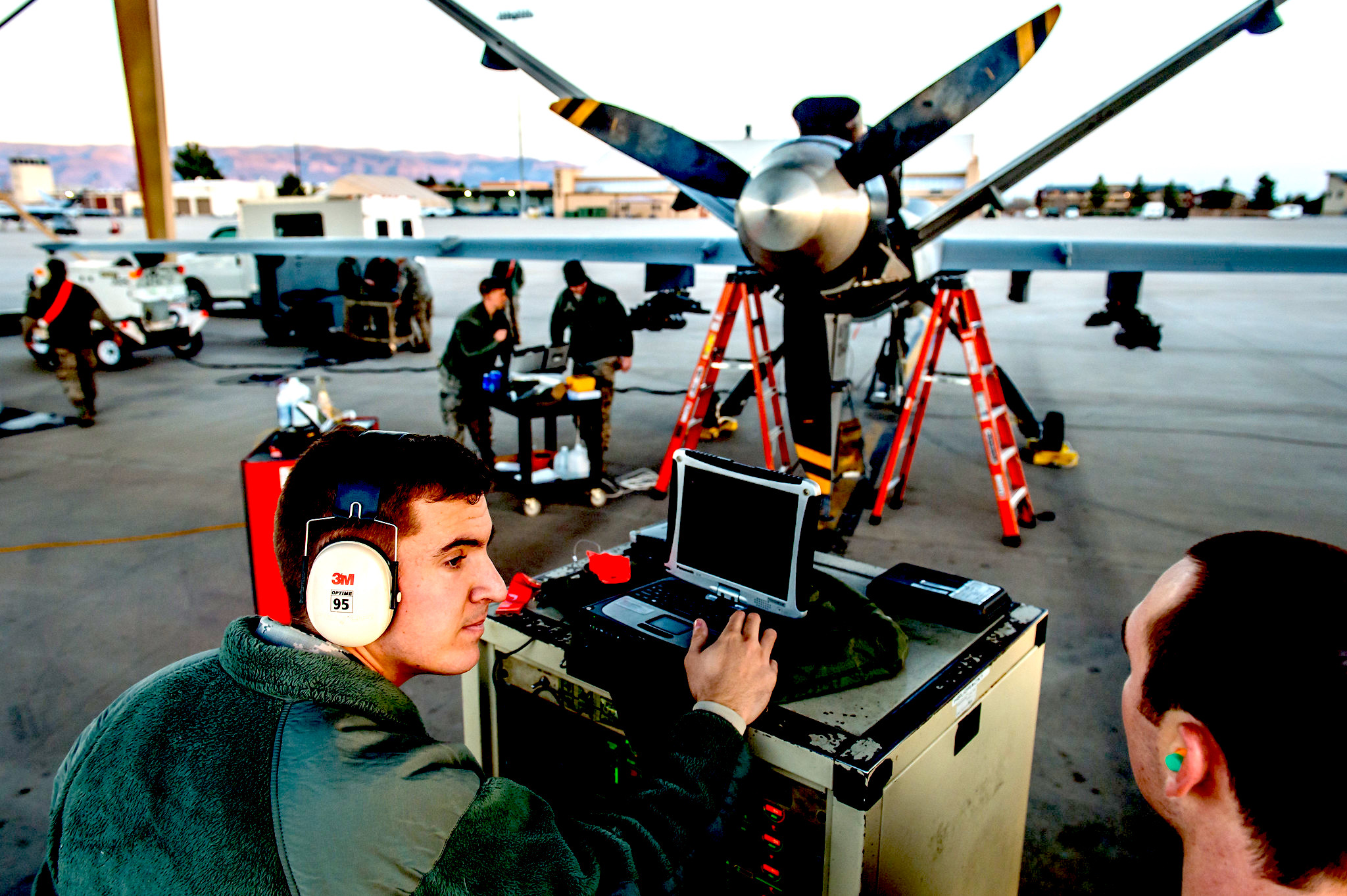 In these past few years, the CIA shadow army coalesced into what Ian Shaw and Majed Akhter memorably described as “The Dronification of State Violence,” a seminal paper published in the Critical Asian Studies journal in 2014 (downloadable here).

Shaw and Akhter define the alarming, ongoing process of dronification as: “the relocation of sovereign power from the uniformed military to the CIA and Special Forces; techno-political transformations performed by the Predator drone; the bureaucratization of the kill chain; and the individualization of the target.”

This amounts to, the authors argue, what Hannah Arendt defined as “rule by nobody.” Or, actually by somebody acting beyond any rules.

The toxic end result in Afghanistan was the marriage between the CIA shadow army and dronification. The Taliban may be willing to extend a general amnesty and not exact revenge. But to forgive those who went on a killing rampage as part of the marriage arrangement may be a step too far for the Pashtunwali code.

The February 2020 Doha agreement between Washington and the Taliban says absolutely nothing about the CIA shadow army.

So, the question now is how the defeated Americans will be able to keep intel assets in Afghanistan for its proverbial “counter-terrorism” ops. A Taliban-led government will inevitably take over the NDS. What happens to the militias is an open question. They could be completely taken over by the Taliban. They could break away and eventually find new sponsors (Saudis, Turks). They could become autonomous and serve the best-positioned warlord paymaster.

The Taliban may be essentially a collection of warlords (jang salar, in Dari). But what’s certain is that a new government will simply not allow a militia wasteland scenario similar to Libya. Thousands of mercenaries of sorts with the potential of becoming an ersatz ISIS-Khorasan, threatening Afghanistan’s entry into the Eurasian integration process, need to be tamed. Burns knows it, Baradar knows it — while Western public opinion knows nothing.

This article is from The Cradle.