Neither Democratic lawmakers nor Biden did anything to prolong the benefits, despite the threat posed by the Delta variant and the end of an eviction moratorium. 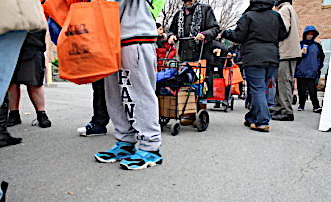 (Food Bank of the Hudson Valley)

Unless Congress and the Biden administration act quickly, more than 7 million people across the United States will soon completely lose unemployment benefits that were approved as part of the federal government’s emergency response to the coronavirus pandemic — which is nowhere near over.

“UI benefits expiring on Labor Day is a cruel joke that only wealthy politicians could come up with,” said Mark Paul, an assistant professor of economics and environmental studies at the New College of Florida.

The Century Foundation’s Andrew Stettner described the looming UI expiration as “the largest cutoff of unemployment benefits in history, many times larger than previous cutoffs of 1.3 million workers in 2013 and 800,000 in 2003.”

In addition to the 7.5 million people who will see their jobless aid end entirely, another 3 million unemployed workers will lose the $300-per-week federal boost provided through the Federal Pandemic Unemployment Compensation (FPUC) program. Twenty-six states — all of which are led by Republicans except Louisiana — ended federal pandemic benefits early, heightening the economic desperation of millions of people.

“What we are doing to the unemployed is inexcusably cruel,” economic policy expert Claudia Sahm tweeted in response to the Century Foundation’s report. “Think of the millions of people who didn’t get jobs last month and won’t have them soon.”

Stettner concluded that “while the United States has spent record sums on unemployment benefits, the job is not done.”

“Millions of workers remain out of work, and despite progress, the labor market is nowhere near its pre-Covid-19 levels,” he wrote. “Cutting off benefits by Labor Day will leave 7.5 million workers without critical assistance they need to keep themselves financially stable until they can find a new job. Imposing such deep hardship on families and the economy, is an unforced economic policy error that can and should be avoided.” 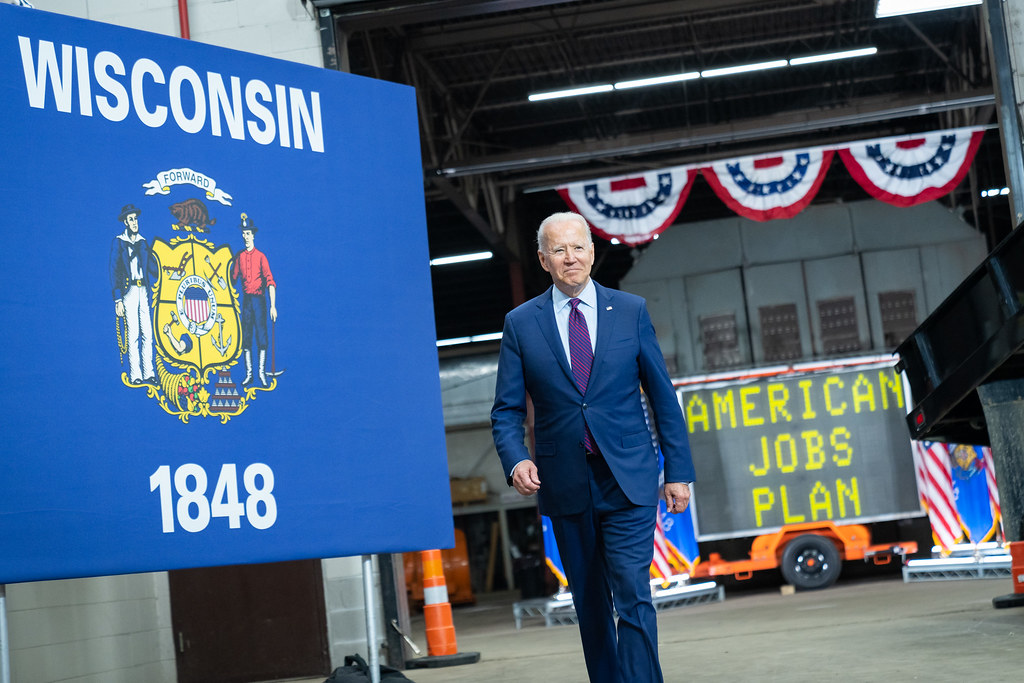 Though Congress has extended the emergency federal UI programs several times during the pandemic — most recently in March, with the passage of the American Rescue Plan — there is little indication that Democratic lawmakers or President Joe Biden intend to do anything to prolong the benefits once more, despite the threat posed by the Delta variant.

The Washington Post reported this month that “White House officials believe there is no political will on Capitol Hill for extending” the federal unemployment benefits. Thus far, there has not been any public talk among congressional Democrats about including a UI extension in their forthcoming reconciliation package.

Asked during a briefing whether the administration plans to push for an extension, White House Press Secretary Jen Psaki said that “there has not been a change at this point in time.”

“Obviously, we’re quite focused and we designed the American Rescue Plan with the goal of being able to plan for contingencies, including rises in moments of the virus, economic needs, different communities recovering at different rates,” Psaki added.

The Labor Department announced that the U.S. added 943,000 jobs in July, a figure hailed as a sign that the nation’s economic recovery is moving in the right direction.

But as The New York Times observed, “the data was collected in the first half of the month, before [Delta] variant-related cases exploded in many parts of the country.”

“While the economy and job growth overall have been strong in recent months,” the Times noted, “experts fear that the variant’s spread could undermine those gains if new restrictions become necessary.”

The Groundwork Collaborative has cautioned that “with 5.7 million jobs to go before we reach pre-pandemic levels, now is not the time to pull back on unemployment insurance benefits.”

“Prematurely cutting off critical lifelines, like unemployment insurance, would disproportionately harm Black and brown workers; hamper economic growth and productivity in local economies by as much as $12 billion; and even discourage job searching,” the progressive organization warned.