Fabian Scheidler says so much suffering — including Assange’s imprisonment for exposing war criminals — buries the idea of “humanitarian intervention.” 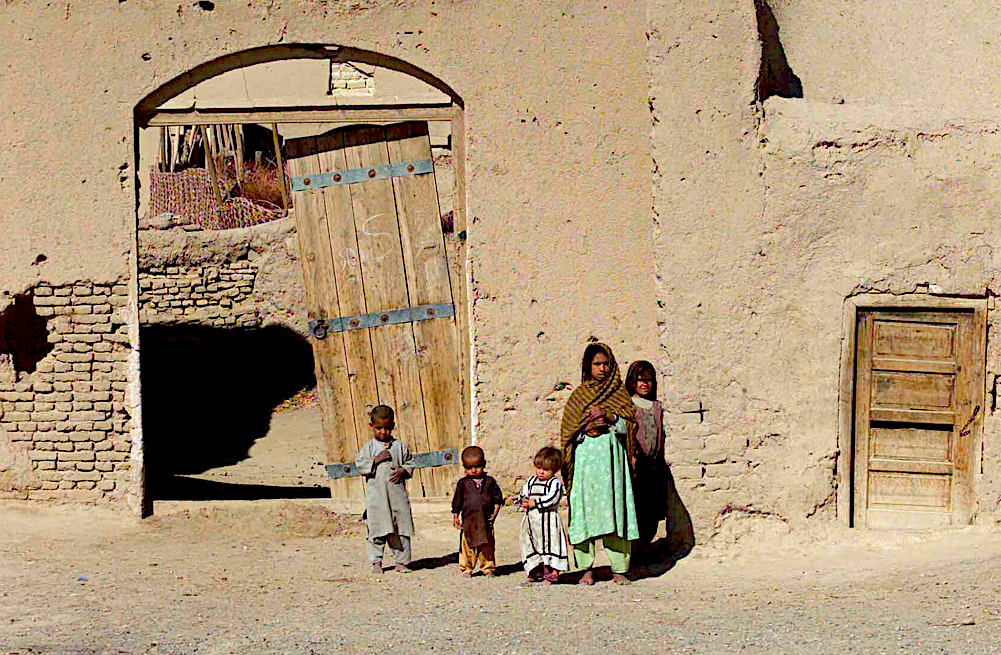 The headless flight of NATO troops from Afghanistan and the havoc they leave behind are only the last chapter in a devastating story that began in October 2001.

At that time, the U.S.  government, supported by allies including the German administration, announced that the terror attacks of Sept. 11 should be answered by a war in Afghanistan.

None of the assassins were Afghan. And the Taliban government at the time even offered the U.S.  to extradite Osama bin Laden — an offer the U.S.  did not even respond to. Virtually no word was said about the country of origin of 15 of the 19 terrorists — Saudi Arabia.

On the contrary: members of the Bin Laden family were flown out of the U.S. A in a night-and-fog operation so that they could not be interrogated. After classified parts of the 9/11 commission report were released in 2016, it emerged that high-ranking members of the Saudi embassy in Washington had been in contact with the terrorists before the attacks. Consequences? None. They are our allies.

So, Afghanistan was attacked. Already during the Cold War, the U.S. and Saudi Arabia had supported Islamists there on a large scale against the Soviet Union.

Now the Islamist warlords of the “Northern Alliance” were the new allies. The German Armed Forces flanked the U.S. troops. While their deployment was shrouded in the narrative of a “humanitarian intervention”, the Bundeswehr in fact worked hand in hand with the warlords, as investigative journalist Marc Thörner reported. (He was the only German reporter on site who was not embedded in the military.)

Thörner predicted that the complicity of the NATO troops in the war crimes and the “counterinsurgency methods from the colonial era” would turn the population more and more against the West and strengthen fundamentalism. We see the result today: the triumph of the Taliban across the country.

The U.S. troops as well as the Bundeswehr and other allies not only supported war criminals on the ground, they also committed serious crimes themselves. None of the perpetrators was ever convicted in court for this.

Take Kunduz, for example: in September 2009 the Bundeswehr bombed a mainly civilian trek here, with over one hundred dead or seriously injured, including children. The proceedings against those primarily responsible, Colonel Georg Klein and Defense Minister Jung (CDU), ended with acquittals.

[Related: The Revelations of WikiLeaks: No. 2 —The Leak That ‘Exposed the True Afghan War’]

In 2010, WikiLeaks published 76,000 previously classified documents about the war, containing references to hundreds of other war crimes. But instead of investigating these cases and bringing the guilty to justice, the messenger, Julian Assange, was pursued.

Today he is sitting, critically ill, in a British high-security prison and has to fear being extradited to the U.S., where he is threatened with life imprisonment under inhumane conditions. 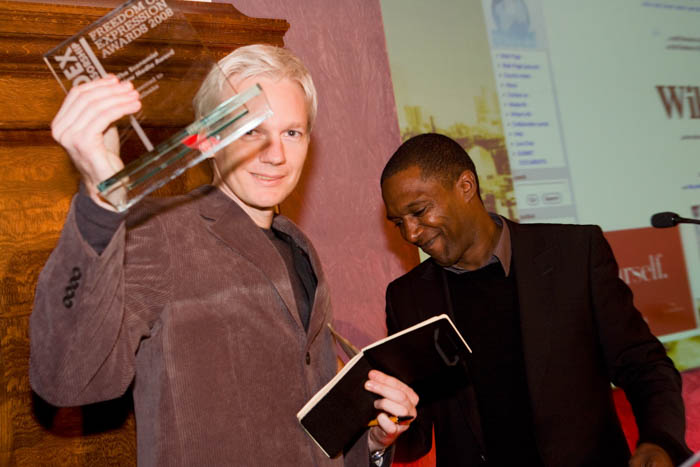 Assange and WikiLeaks won The Economist New Media Award at the 2008 Freedom of Expression Awards. (Index on Censorship)

UN Special Rapporteur on Torture Nils Melzer, came to the conclusion, after an in-depth investigation of the case, that Assange had been and is systematically tortured by Western authorities.

Most of the big media, which got a lot of attention and made money with the leaks of their journalist colleague, have now largely dropped him. And with it the defense of the freedom of the press, which is especially crucial when it comes to questions of war and peace. So, Assange is on trial — and not the war criminals.

All those who warned against the Afghanistan war were ridiculed from the start as naive pacifists or even accused of evading humanitarian responsibility and thus playing into the hands of the Islamists.

But today it is finally clear: the alleged humanitarian operation only plunged the country further into misery and strengthened the Islamists. As in Iraq, as in Libya, as in Mali. It is time to finally bury the doctrine of the “responsibility to protect,” which was coined at the time of the beginning of the Afghan war, and to brand it as what it was from the beginning: a neocolonial project.

Instead of military interventions, one could, for example, begin to drain the terror sponsor Saudi Arabia financially and stop all arms exports there. It would also be worthwhile to advance the project of a Conference for Security and Cooperation in the Middle East, which — based on the model of the détente policy of the OSCE in Cold War Europe — could be working on a new civil security architecture for the region.

The Afghanistan debacle should also be an occasion to question the enormous expansion of Western military budgets in recent years, which was justified not least of all by deployments abroad.

German military spending went up from € 40 billion to € 52 billion from 2015 to 2020, an increase of a whopping 30 percent. The U.S. military budget is at $ 778 billion, about 12 times of what Russia spends for its army. This money is urgently needed for tasks that really move the world forward, especially for countering the climate urgency and for a socio-ecological transition. The U.S.  military not only has a gloomy balance sheet in terms of peace policy, but is also THE largest greenhouse gas emitter on Earth. It is time for a slimming cure.

Fabian Scheidler is the author of “The End of the Megamachine. A Brief History of a Failing Civilization” (2019).  See more of his work on his website here. Follow him on Twitter: @ScheidlerFabian.

10 comments for “WikiLeaks & the Crimes of the West in Afghanistan”