Vijay Prashad recalls the obliterations of U.S. interventionism, including any memory of the women’s rights leaders who were active in Afghanistan before 2001. 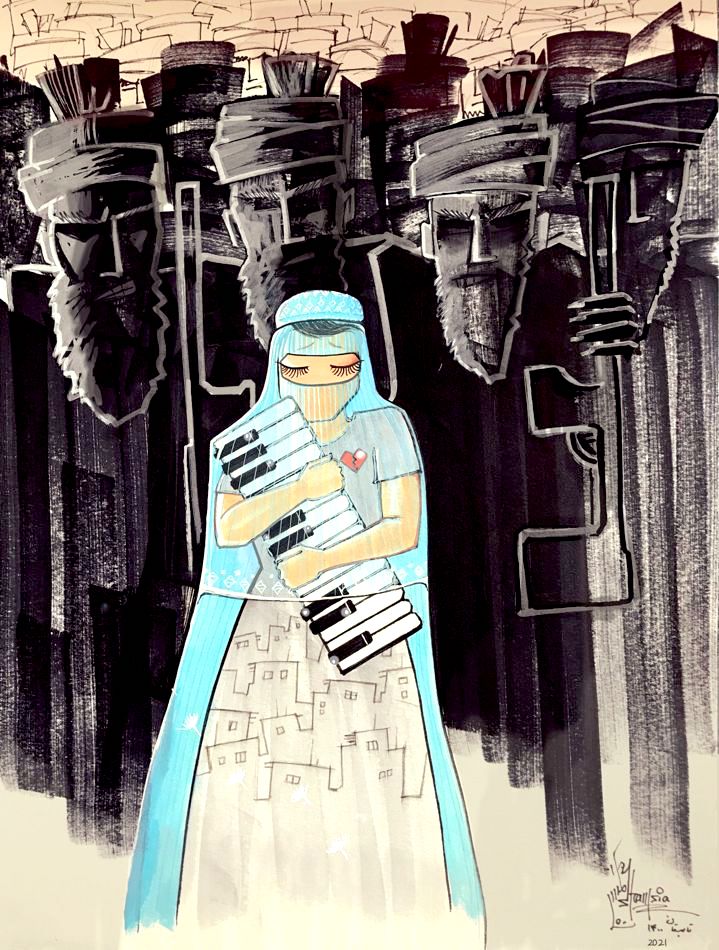 On Sunday, Aug. 15, Afghanistan’s President Ashraf Ghani fled his country for Uzbekistan. He left behind a capital city, Kabul, which had already fallen into the hands of the advancing Taliban forces.

Former President Hamid Karzai announced that he had formed a coordination council with Abdullah Abdullah, the head of the National Reconciliation Committee, and jihadi leader Gulbuddin Hekmatyar. Karzai called on the Taliban to be prudent as they entered Kabul’s presidential palace and took charge of the state.

Karzai, Abdullah Abdullah and Hekmatyar have asked for the formation of a national government. This will suit the Taliban, since it would allow them to claim to be an Afghan government rather than a Taliban government. But the Taliban and their leader Mullah Baradar will effectively be in charge of the country, with Karzai-Abdullah Abdullah-Hekmatyar as the window dressing designed to placate opportunistic outside powers. 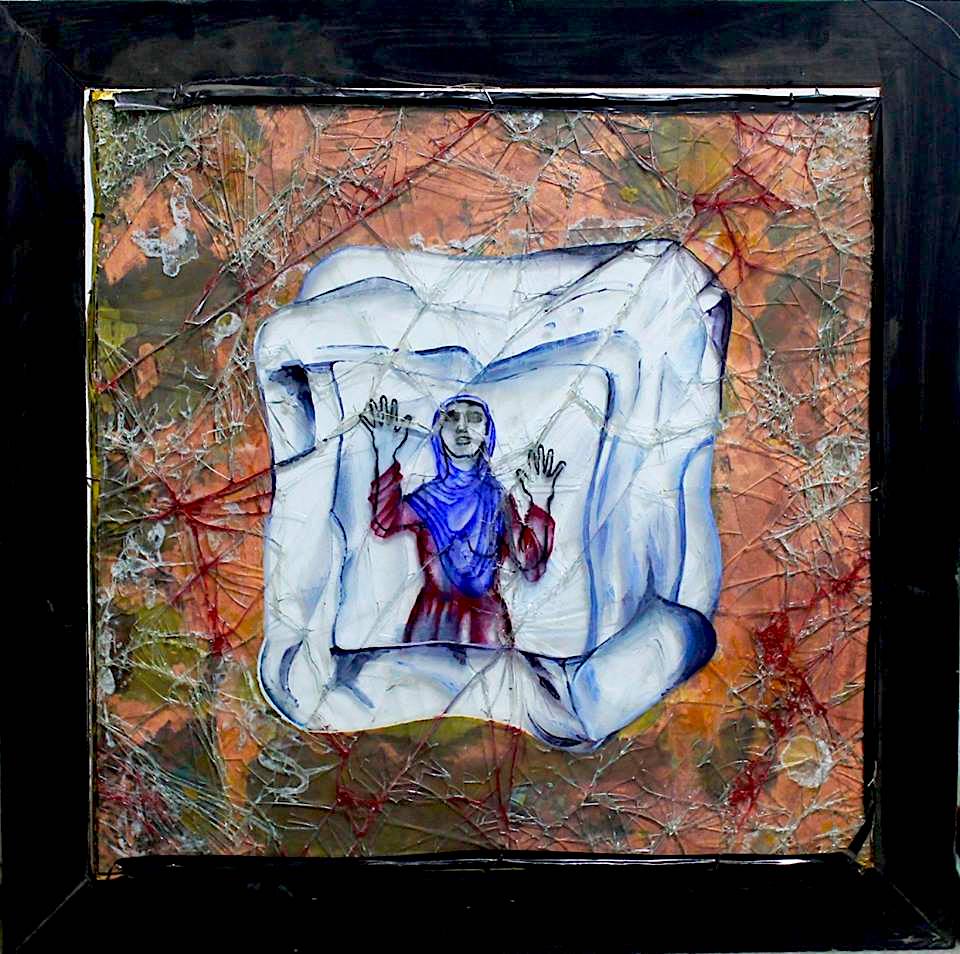 The entry of the Taliban into Kabul is a major defeat for the United States. A few months after the U.S. initiated its war against the Taliban in 2001, U.S. President George W. Bush announced that “the Taliban regime is coming to an end.” Twenty years later, the reverse is now evident. But this defeat of the United States — after spending $2.261 trillion and causing at least 241,000 deaths — is cold comfort for the people of Afghanistan, who will now have to contend with the harsh reality of Taliban rule. 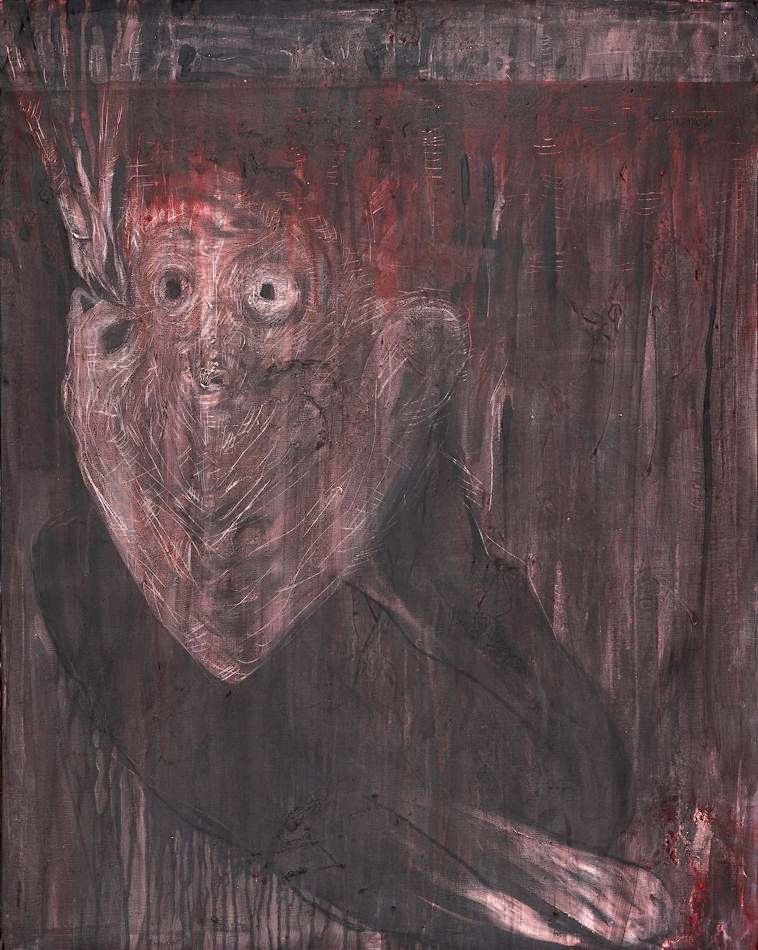 On April 16, 1967, the Cuban magazine Tricontinental published an article by Che Guevara called “Create Two, Three, Many Vietnams: That is Our Watchword.” Guevara argued that the pressure on the Vietnamese people needed to be relieved by guerrilla struggles elsewhere. Eight years later, the United States fled from Vietnam as U.S. officials and their Vietnamese allies boarded helicopters from the roof of the CIA building in Saigon.

The U.S. loss in Vietnam came during a series of defeats for imperialism: Portugal was defeated the year before in Angola, Guinea-Bissau and Mozambique; workers and students ejected Thailand’s dictatorship, opening up a three-year process that culminated in the student upsurge in 1976; the communists took power in Afghanistan during the Saur Revolution in April 1978; the Iranian people opened up a yearlong process against the U.S.-backed dictator, the Shah of Iran, that led to the revolution of January 1979; the socialist New Jewel Movement conducted a revolution on the small island state of Grenada; in June 1979, the Sandinistas moved in on Managua (Nicaragua) and overthrew the U.S.-backed regime of Anastasio Somoza. These were among the many Saigons, the many defeats of imperialism and the many victories — one way or the other — of national liberation.

Each of these advances came with a different political tradition and a different tempo. The most powerful mass revolt was in Iran, although it did not result in a socialist dynamic but in a clerical democracy. Each of these faced the wrath of the United States and its allies, who would not allow these experiments — most of them socialist in nature — to germinate.

A military dictatorship was encouraged in Thailand in 1976, proxy wars were set in motion in Afghanistan and Nicaragua, and Iraq was paid to invade Iran in September 1980. The U.S. government attempted by any and every means to deny sovereignty to these countries and to return them to full-scale subordination.

Chaos followed. It came alongside two axes: the debt crisis and proxy wars. After the non-aligned countries passed a New International Economic Order (NIEO) resolution in the United Nations General Assembly in 1974, they found themselves squeezed by the Western-dominated financial institutions, including the International Monetary Fund and the U.S. Treasury Department.

These institutions drove the non-aligned states into a deep debt crisis; Mexico defaulted on its debt in 1982 and inaugurated the ongoing Third World Debt Crisis. In addition, after the victory of the national liberation forces in the 1970s, a new series of proxy wars and regime change operations were initiated to destabilize the politics of Africa, Asia and Latin America for two generations.

We have not yet emerged out of the destruction caused by the Western policy of the 1970s. 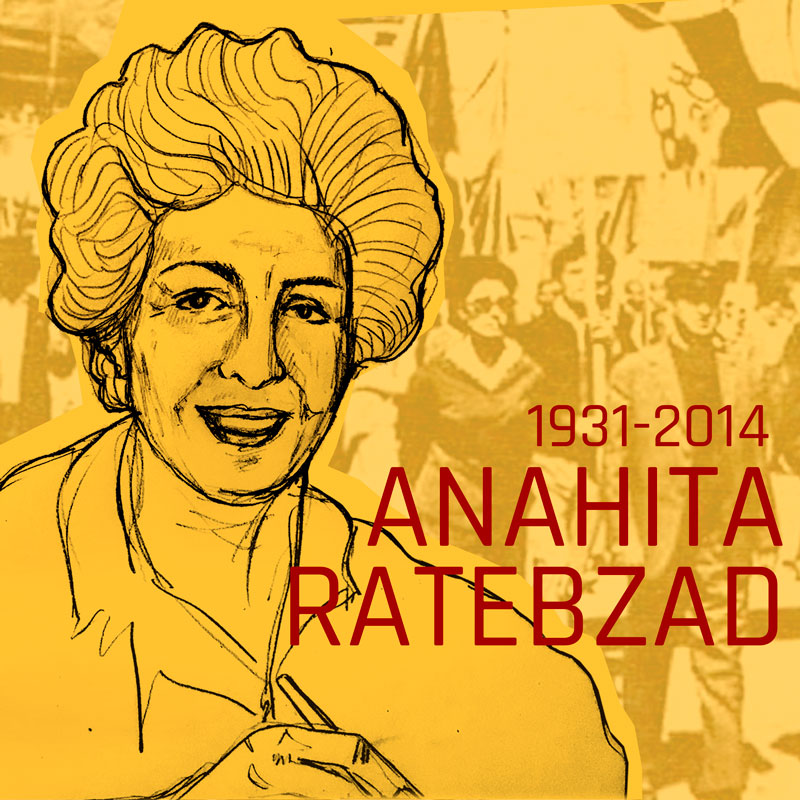 The Western callousness towards Afghanistan defines the nature of the counter-revolution and of liberal interventionism. U.S. President Jimmy Carter decided to put immense resources behind the worst elements in Afghan politics and work with Pakistan and Saudi Arabia to destroy the Democratic Republic of Afghanistan (DRA), which lasted from 1978 to 1992 (renamed the Republic of Afghanistan in 1987).

Years after the fall of the Republic of Afghanistan, I met with Anahita Ratebzad, who was a minister in the first DRA government, to ask her about those early years. “We faced severe challenges from both within the country — from those who had a reactionary social view — and from without the country — from our adversaries in the United States and Pakistan,” she said. “Months after we came to office in 1978, we knew that our enemies had come together to undermine us and to prevent the arrival of democracy and socialism in Afghanistan.”

It was Ratebzad who wrote in Kabul New Times (1978) that “Privileges which women, by right, must have are equal education, job security, health services, and free time to rear a healthy generation for building the future of the country … Educating and enlightening women is now the subject of close government attention.” The hope of 1978 is now lost.

Pessimism must not be laid at the feet of the Taliban alone, but also of those — such as the U.S., Saudi Arabia, Germany and Pakistan — who funded and supported the Taliban-like theocratic fascists. In the dust of the U.S. war that began in 2001, women like Anahita Ratebzad were pushed under the rug; it suited the U.S. to see the Afghan women as incapable of helping themselves, and therefore to need U.S. aerial bombardment and U.S, extraordinary rendition to Guantánamo.

It also suited the U.S. to deny its active links to the worst theocrats and misogynists (people such as Hekmatyar, who are no different from the Taliban). 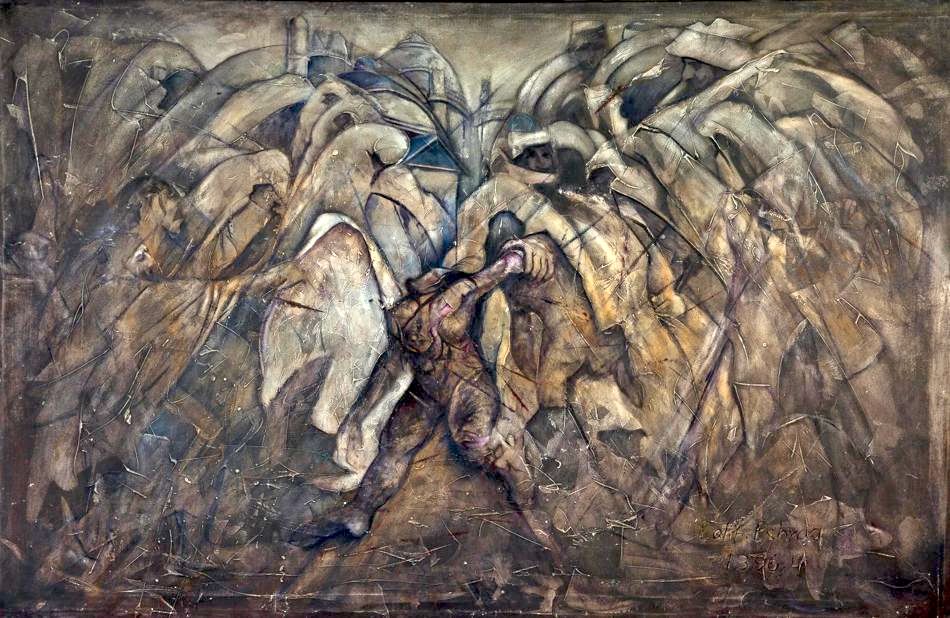 The U.S. funded the mujahideen, undermined the DRA, drew in the reluctant Soviet intervention across the Amu Darya and then increased the pressure on both the Soviets and the DRA by making the counter-revolutionary Afghan forces and the Pakistani military dictatorship pawns in a struggle against the U.S.S.R.

The Soviet withdrawal and the collapse of the DRA led to an even worse scenario with a bloody civil war, out of which the Taliban emerged. The U.S. war against the Taliban ran for 20years but — despite the superior military technology of the United States — led to the U.S. defeat.

Imagine if the U.S. had not backed the mujahideen and if the Afghans had been allowed to entertain the possibility of a socialist future. This would have been a struggle with its own zigs and zags, but it would certainly have resulted in something better than what we have now: the return of the Taliban, the flogging of women in public and the enforcement of the worst social codes. Imagine that. 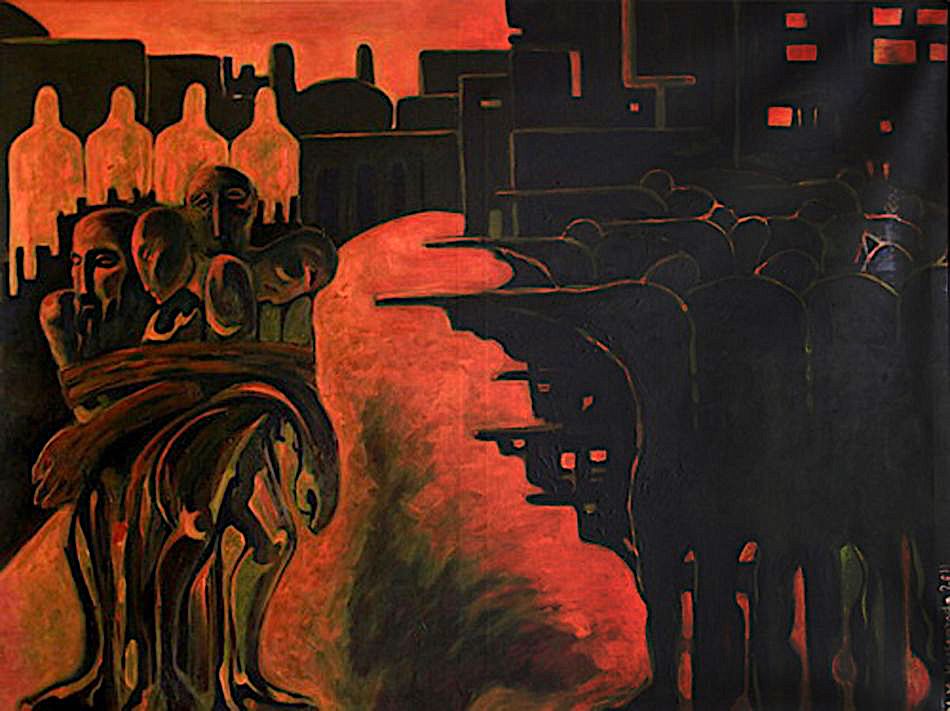 The defeat of U.S. power does not necessarily come these days with the possibility of the exertion of sovereignty and the advancement of a socialist agenda. Rather, it comes through chaos and suffering.

Haiti, like Afghanistan, is part of the detritus of U.S. interventionism, tormented by two U.S. coups, an occupation of its political and economic life and now by another earthquake. The loss in Afghanistan also reminds us of the U.S. defeat in Iraq (2011); these two countries faced ferocious U.S. military power but would not be subordinated.

All of this elucidates both the wrath of the U.S. war machine, capable of demolishing countries, but also the weakness of U.S. power, unable of fashioning the world in its image. Afghanistan and Iraq built up state projects over hundreds of years. The U.S. destroyed their states in an afternoon.

In 1995, he wrote to his family, “Afghanistan has multiple governments now, each created by different regional powers. Even Kabul is divided into little kingdoms … unless and until all the actors [regional and global powers] agree to sit at one table, leave their differences aside to reach a genuine consensus on non-interference in Afghanistan and abide to their agreement, the conflict will go on.”

Karzai’s plea is along this grain. It is unlikely to be genuinely adopted by the Taliban. 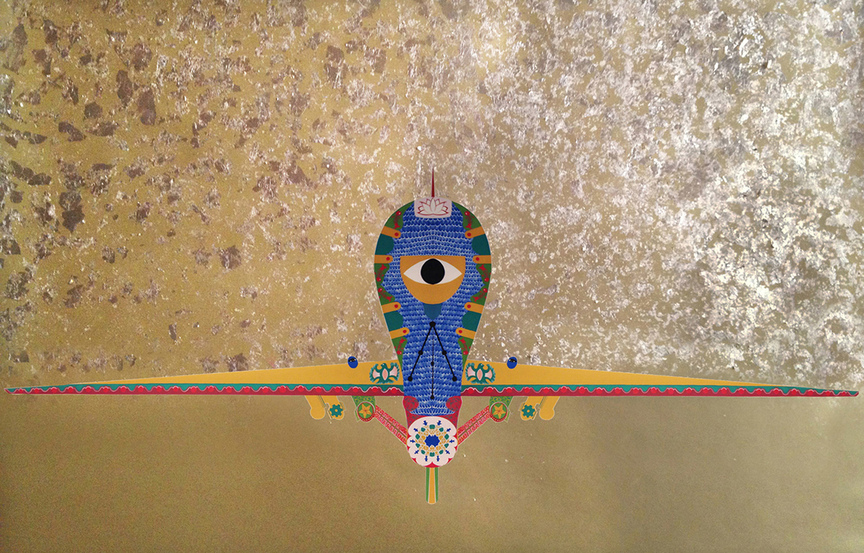 What will moderate the Taliban? Perhaps pressure from its neighbors — including China — which have interests at stake in a stable Afghanistan. In late July, China’s Foreign Minister Wang Yi met with the Taliban’s Baradar in Tianjin.

They agreed that U.S. policy had failed. But the Chinese urged Baradar to be pragmatic: to no longer support terrorism and to integrate Afghanistan into the Belt and Road Initiative. At present, this is the only hope, but even this is a fragile thread.

In July 2020, the poet Sulaiman Layeq, a former minister of the DRA government, died from wounds he had suffered from a Taliban bombing in Kabul the previous year. Layeq’s poem “Eternal Passions” (1959) describes the longing for that different world he and so many others had worked to build, a project that was obliterated by the U.S. interventions:

the sound of love
overflowed from the hearts
volcanic, drunken
…
years passed
yet still these desires
like winds upon the snows
or like waves upon waters
cries of women, wailers

The Afghans are largely glad to see the back of the U.S. occupation, to be one more Saigon in a long sequence. But this is not a victory for humanity. It will not be easy for Afghanistan to emerge out of these nightmare decades, but the desire to do so can still be heard.

← WATCH: A Second Vietnam
The All-American Base World →