Washington spent more than $2 trillion on a war that it knew could not be won, writes Vijay Prashad. 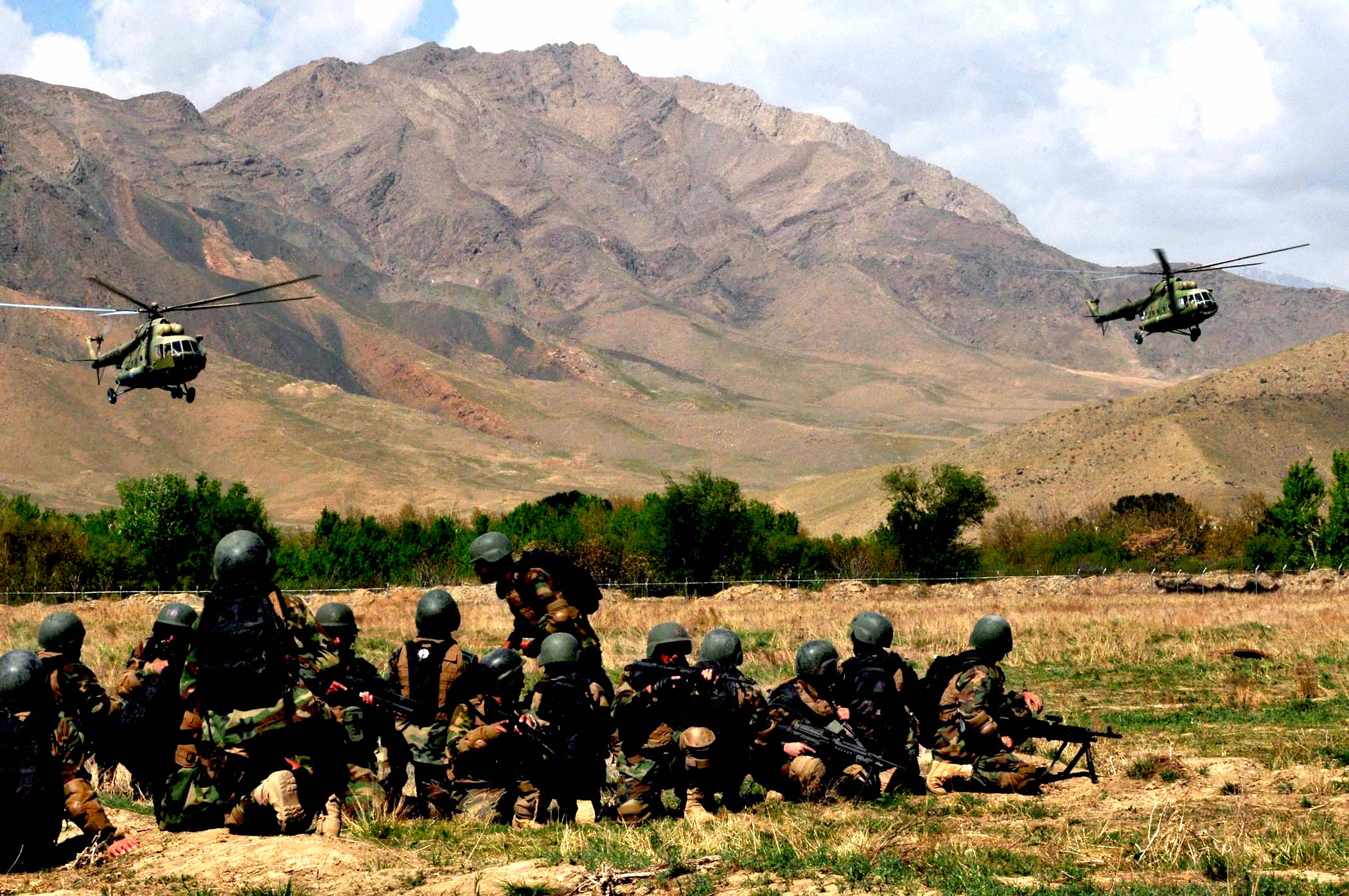 On Aug. 15, the Taliban arrived in Kabul. The Taliban’s leadership entered the presidential palace, which Afghan President Ashraf Ghani had vacated when he fled into exile abroad hours before. The country’s borders shut down and Kabul’s main international airport lay silent, except for the cries of those Afghans who had worked for the U.S. and NATO; they knew that their lives would now be at serious risk. The Taliban’s leadership, meanwhile, tried to reassure the public of a “peaceful transition” by saying in several statements that they would not seek retribution, but would go after corruption and lawlessness.

Defeat for the United States

In recent years, the United States has failed to accomplish any of the objectives of its wars. The U.S. entered Afghanistan with horrendous bombing and a lawless campaign of extraordinary rendition in October 2001 with the objective of ejecting the Taliban from the country; now, 20 years later, the Taliban is back.

In 2003, two years after the U.S. unleashed a war in Afghanistan, it opened an illegal war against Iraq, which ultimately resulted in an unconditional withdrawal of the United States in 2011 after the refusal by the Iraqi parliament to allow U.S. troops extralegal protections. As the U.S. withdrew from Iraq, it opened a terrible war against Libya in 2011, which resulted in the creation of chaos in the region.

Not one of these wars — Afghanistan, Iraq, Libya — resulted in the creation of a pro-U.S. government. Each of these wars created needless suffering for the civilian populations. Millions of people had their lives disrupted, while hundreds of thousands of people lost their lives in these senseless wars. What faith in humanity can now be expected from a young person in Jalalabad or in Sirte? Will they now turn inward, fearing that any possibility of change has been seized from them by the barbaric wars inflicted upon them and other residents of their countries?

There is no question that the United States continues to have the world’s largest military and that by using its base structure and its aerial and naval power, the U.S. can strike any country at any time. But what is the point of bombing a country if that violence attains no political ends?

The U.S. used its advanced drones to assassinate the Taliban leaders, but for each leader that it killed, another half a dozen have emerged. Besides, the men in charge of the Taliban now — including the co-founder of the Taliban and head of its political commission, Mullah Abdul Ghani Baradar — were there from the start; it would never have been possible to decapitate the entire Taliban leadership. More than $2 trillion has been spent by the United States on a war that it knew could not be won. 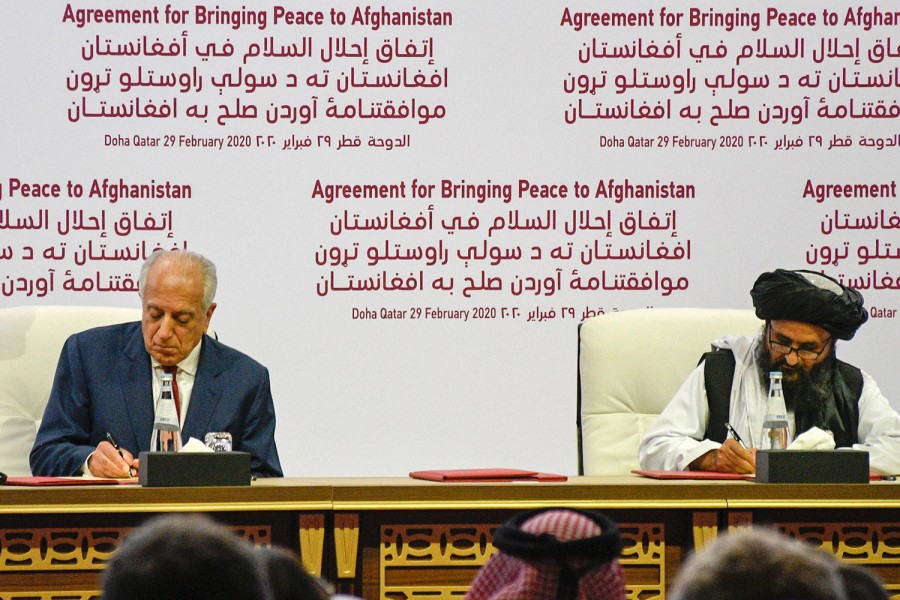 Corruption Was the Trojan Horse

In early statements, Mullah Baradar said that his government will focus its attention on the endemic corruption in Afghanistan. Meanwhile, stories spread across Kabul about ministers of Ashraf Ghani’s government attempting to leave the country in cars filled with dollar bills, which was supposed to be the money that was provided by the U.S. to Afghanistan for aid and infrastructure.

The drain of wealth from the aid given to the country has been significant. In a 2016 report by the U.S. government’s Special Inspector General for Afghanistan Reconstruction (SIGAR) relating to the “Lessons Learned from the U.S. Experience with Corruption in Afghanistan,” the investigators write:

“Corruption significantly undermined the U.S. mission in Afghanistan by damaging the legitimacy of the Afghan government, strengthening popular support for the insurgency, and channeling material resources to insurgent groups.”

SIGAR created a “gallery of greed,” which listed U.S. contractors who siphoned aid money and pocketed it through fraud. More than $2 trillion has been spent on the U.S. occupation of Afghanistan, but it went neither to provide relief nor to build the country’s infrastructure. The money fattened the rich in the United States, Pakistan and Afghanistan. 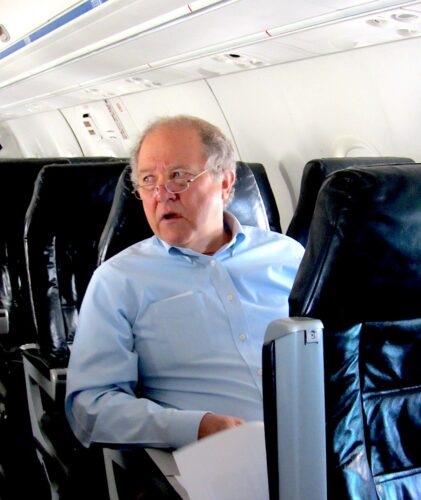 Corruption at the very top of the government depleted morale below. The U.S. pinned its hopes on the training of 300,000 soldiers of the Afghan National Army (ANA), spending $88 billion on this pursuit. In 2019, a purge of “ghost soldiers” in the rolls — soldiers who did not exist — led to the loss of 42,000 troops; it is likely that the number might have been higher. Morale in the ANA has plunged over the past few years, with defections from the army to other forces escalating. Defense of the provincial capitals was also weak, with Kabul falling to the Taliban almost without a fight.

To this end, the recently appointed defense minister to the Ghani government, General Bismillah Mohammadi, commented on Twitter about the governments that have been in power in Afghanistan since late 2001, “They tied our hands behind our backs and sold the homeland. Damn the rich man [Ghani] and his people.” This captures the popular mood in Afghanistan right now.

Afghanistan and Its Neighbors

On July 28, Taliban leader Mullah Baradar met with Chinese Foreign Minister Wang Yi in Tianjin, China. The outlines of the discussion have not been fully revealed, but what is known is that the Chinese extracted a promise from the Taliban not to allow attacks on China from Afghanistan and not to allow attacks on the Belt and Road Initiative (BRI) infrastructure in Central Asia. In return, China would continue its BRI investments in the region, including in Pakistan, which is a key Taliban supporter. 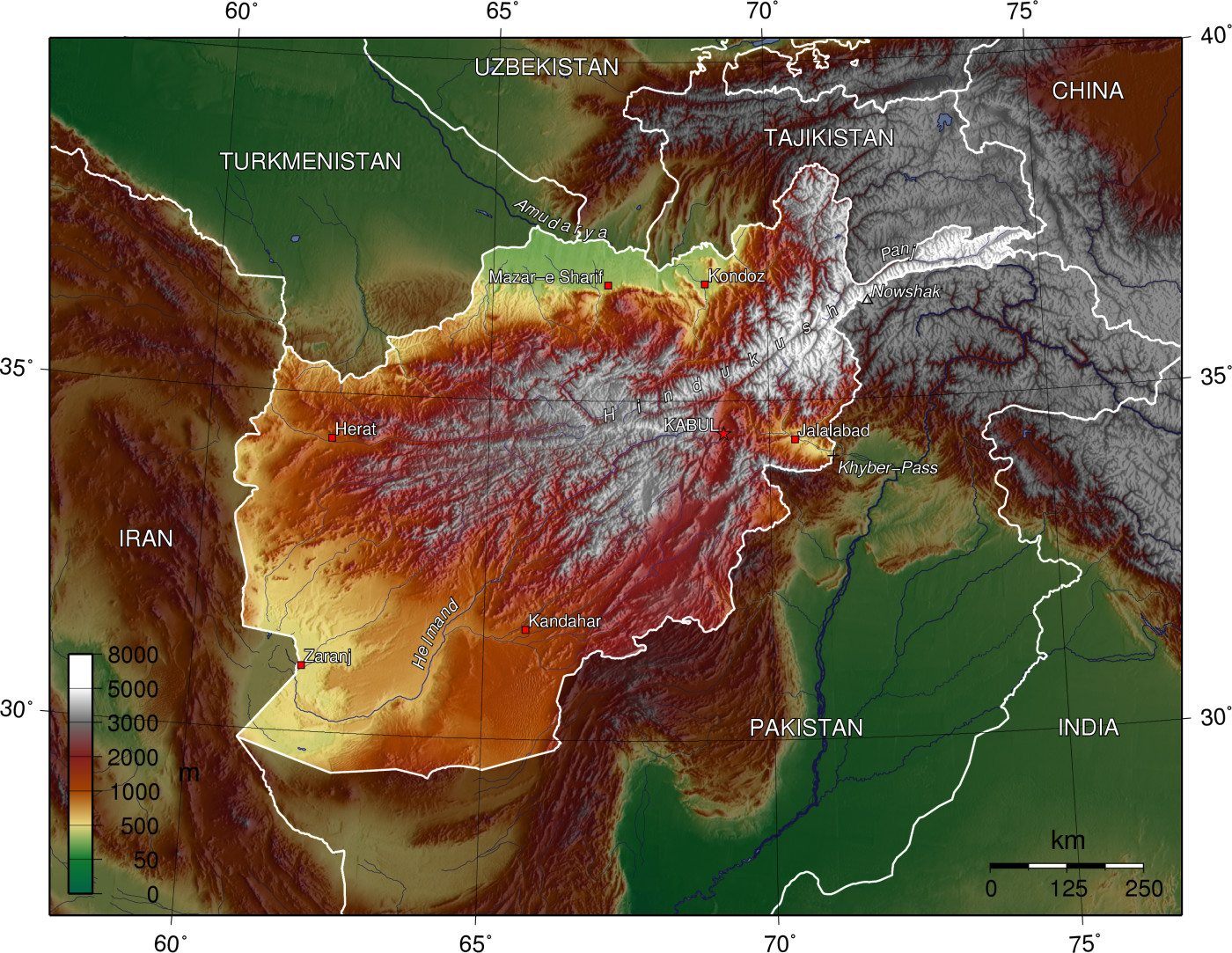 Whether or not the Taliban will be able to control extremist groups is not clear, but what is abundantly clear — in the absence of any credible Afghan opposition to the Taliban — is that the regional powers will have to exert their influence on Kabul to ameliorate the harsh program of the Taliban and its history of support for extremist groups. For instance, the Shanghai Cooperation Organization (set up in 2001) revived in 2017 its Afghanistan Contact Group, which held a meeting in Dushanbe, the capital city of Tajikistan,in July  and called for a national unity government.

At that meeting, India’s External Affairs Minister Dr. S. Jaishankar laid out a three-point plan, which achieved near consensus among the fractious neighbors:

-2. Ceasing violence and terrorist attacks against civilians and state representatives, settle conflict through political dialogue, and respect interests of all ethnic groups.
-3. Ensure that neighbors are not threatened by terrorism, separatism and extremism.

That’s the most that can be expected at this moment. The plan promises peace, which is a great advance from what the people of Afghanistan have experienced over the past decades. But what kind of peace? This “peace” does not include the rights of women and children to a world of possibilities. During 20 years of the U.S. occupation, that “peace” was not in evidence either. This peace has no real political power behind it, but there are social movements beneath the surface that might emerge to put such a definition of “peace” on the table. Hope lies there.

Vijay Prashad is an Indian historian, editor and journalist. He is a writing fellow and chief correspondent at Globetrotter. He is the chief editor of LeftWord Books and the director of Tricontinental: Institute for Social Research. He is a senior non-resident fellow at Chongyang Institute for Financial Studies, Renmin University of China. He has written more than 20 books, including The Darker Nationsand The Poorer Nations. His latest book is Washington Bullets, with an introduction by Evo Morales Ayma.

← US Military Should Give Back Hawaii Lands
In Somalia, US Bombs the ‘Terrorists’ It Created →

6 comments for “The Return of the Taliban 20 Years Later”