Norman Solomon comments on the victory of a corporate Democrat over a progressive firebrand in the Ohio congressional primary. 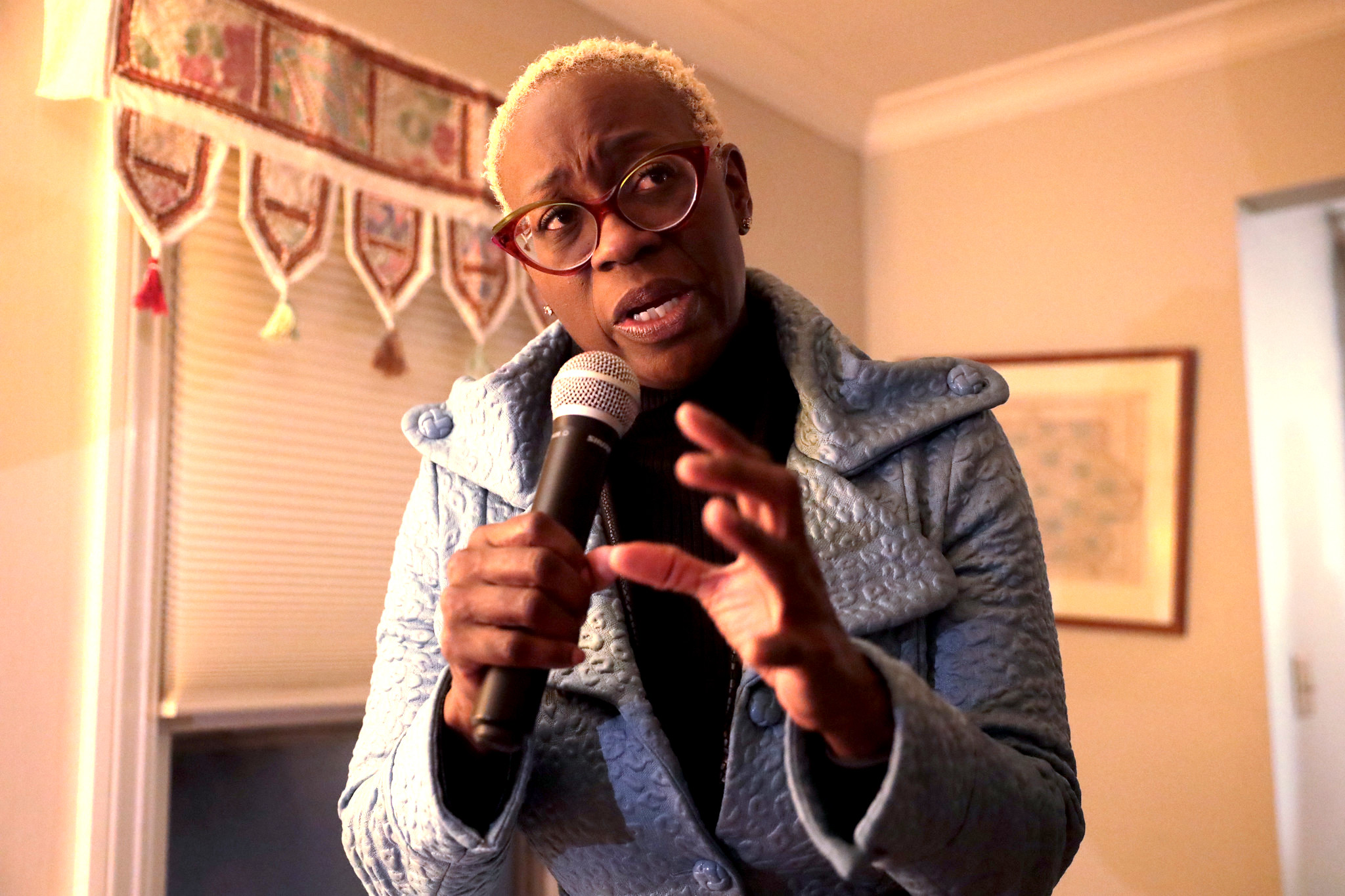 The race for a vacant congressional seat in northeast Ohio was a fierce battle between status quo politics and calls for social transformation. In the end, when votes were counted Tuesday night, transactional business-as-usual had won by almost 6 percent. But the victory of a corporate Democrat over a progressive firebrand did nothing to resolve the wide and deep disparity of visions at the Democratic Party’s base nationwide.

One of the candidates — Shontel Brown, the victor — sounded much like Hillary Clinton, who endorsed her two months ago. Meanwhile, Nina Turner dwelled on the kind of themes we always hear from Sen. Bernie Sanders, whose 2020 presidential campaign she served as a national co-chair. And while Brown trumpeted her lockstep loyalty to President Joe Biden, her progressive opponent was advocating remedies for vast income inequality and the dominance of inordinate wealth over the political system. Often, during the last days of the campaign, I heard Turner refer to structural injustices of what she called “class and caste.”

A major line of attack from Brown forces was that Turner had voted against the party platform as a delegate to the 2020 Democratic National Convention. Left unsaid was the fact that nearly one-quarter of all the convention delegates also voted “no” on the platform, and for the same avowed reason — its failure to include a Medicare for All plank. 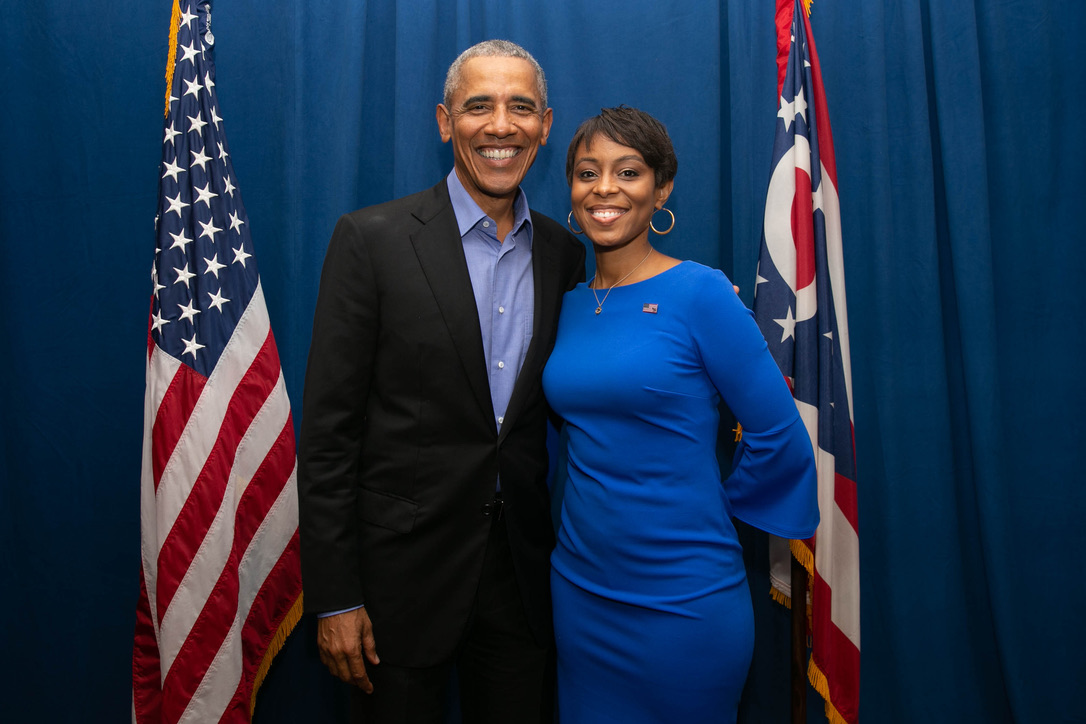 Scarcely mentioned in media coverage of this race is that Ohio has an “open primary,” and Republicans received public encouragement to cross over and vote in the Democratic primary. We may never know how many GOP voters took the emphatic advice from the likes of right-winger William Kristol and voted for Brown to help beat Turner.

Mainstream Democrat Shontel Brown has pulled even to leftist Nina Turner in OH-11. Reminder: Tuesday’s Democratic primary is effectively the general election, and all registered voters can vote in the Democratic primary. Just request a Democratic ballot. https://t.co/SCmjIp2KmL

After sending out a similar tweet on Sunday, he got more explicit via Twitter at dawn on Election Day: “To Akron, Beachwood, Cleveland, Shaker Heights, etc.: Today’s OH-11 primary is in effect the general election. The choice is a radical leftist or a Biden Democrat, @ShontelMBrown. Any registered voter — including independents & Republicans — can request a Democratic primary ballot.”

Prominent Republicans didn’t only pitch in with targeted messaging. Some GOP-aligned donors kicked in big bucks, such as former President Donald Trump’s billionaire pal Robert Kraft, the owner of the New England Patriots in the NFL, who personally maxed out at $5,800 to Brown’s campaign and whose family gave a total of more than $20,000.

Tacitly aligned with the Republican likes of Kristol and Kraft in zeal to boost Brown and defeat Turner was the leadership of the Congressional Black Caucus, augmented by House Majority Whip Jim Clyburn, the highest ranking African-American in Congress. Caucus leaders and Clyburn were busy traveling around Ohio’s 11th Congressional District last weekend, singing Brown’s praises and aiming darts at Turner.

Biden is popular in the district, and Brown’s forces were intent on framing the choice as pro-Biden or anti-Biden. Days ago, Cleveland’s CBS affiliate reported that the race “has largely come down to Brown, who has positioned herself as the ‘Biden candidate,’ and Turner, who has enjoyed the support of Vermont Sen. Bernie Sanders.” An NBC affiliate asserted that national media and outside groups had made the race “a contest between loyalty to President Biden’s agenda and a more progressive wing of the party.”

Turner’s defeat is a victory for an array of wealthy individuals and corporations alarmed at her willingness to challenge such corporate powerhouses as Big Pharma, insurance firms and the fossil-fuel industry.

The relentless and often defamatory advertising barrage against Turner was mainly funded by huge contributions from such vested interests to two outfits, Democratic Majority for Israel and Pro-Israel America, which placed the attack ads.

If the Democratic Party establishment thinks the defeat of Turner has turned back the progressive upsurge, it’s mistaken. Just this week, successful organizing led by Congresswomen Cori Bush and Alexandria Ocasio-Cortez forced Biden’s hand, pushing him to extend an eviction moratorium that otherwise would have expired.

Bush, AOC and other strong progressives — including Jamaal Bowman, Ayanna Pressley, Rashida Tlaib, Ilhan Omar and Mondaire Jones — got to the House by winning Democratic primaries, often ousting entrenched corporate-friendly Democrats in the process. Next year, many Democratic incumbents will face potentially serious primary challenges from the left.

A continuing political reality is that most voters are in favor of policy positions that progressives keep fighting for. In the Brown-Turner race, that reality was largely obscured as Turner’s opponents relentlessly attacked her in personal terms, citing — and often twisting — her outspoken record of criticizing top Democratic Party leaders for failing to walk the walk of their platitudes.

Turner’s vigorous critiques of Biden, especially a crude one last summer, provided very useful fodder for ads attacking her. But foes didn’t have much to say about the transformative policies that she champions. Reporting on her defeat, Politico noted that “the moderate attacks against Turner did not take aim at the progressive proposals she supports, such as Medicare for All or a Green New Deal — an indication they are popular with the base.”

In a statement released late Tuesday night, Turner looked ahead to the future of progressive populism, saying: