The continent is in the throes of a third wave of the pandemic and a WHO official said the rise in shipments shines a “light at the end of the tunnel that must not be snuffed out again.” 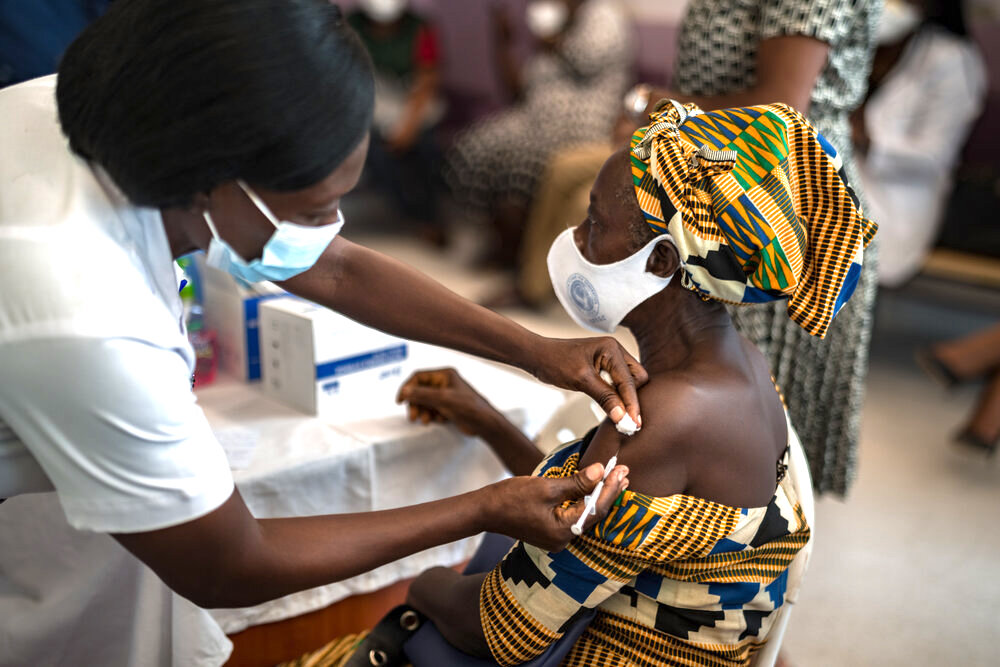 A woman in Ghana receives AstraZeneca/Oxford Covid-19 vaccine at Accra’s Ridge Hospital on March 2. (WHO)

By The World Health Organization
in Brazzaville, Republic of Congo

Covid-19 vaccine shipments to Africa are rapidly ramping up from multiple sources after a near-halt to deliveries in recent months. Nearly 4 million doses from COVAX arrived in Africa last week, compared with just 245 000 doses from the facility throughout the month of June.

COVAX aims to ship 520 million doses to Africa by the end of 2021. Covid-19 vaccine deliveries from the African Union’s Africa Vaccine Acquisition Trust (AVAT) are picking up, with a projected rise to 10 million each month from September. Around 45 million doses are expected from AVAT by the year’s end.

So far, almost 79 million Covid-19 vaccine doses have arrived in Africa and 21 million people, or just 1.6 percent of Africa’s population, are fully vaccinated. High-income countries have given 61 times more doses per person than low-income countries. To fully vaccinate 30 percent of Africa’s population by the end of 2021, the continent needs up to 820 million doses, considering a two-dose schedule.

“There’s light at the end of the tunnel on vaccine deliveries to Africa but it must not be snuffed out again. I urge all countries with surplus doses to urgently share more in the spirit of life-saving solidarity and enlightened self-interest, because no country is safe until all countries are safe. I urge African countries to gear up and get ready, as our drought is finally ending,” said Dr. Matshidiso Moeti, World Health Organization regional director for Africa.

Tanzania has kicked off its Covid-19 vaccination campaign after receiving the first delivery of around 1 million doses, a donation of the Johnson & Johnson vaccine from the United States government, through COVAX on July 24. Tanzania joined COVAX on June 15 .

COVAX recently clinched new deals with Sinopharm and Sinovac to rapidly supply 110 million more doses to low-income countries. COVAX and the World Bank are set to further boost Covid-19 vaccine supply for developing countries through a new cost-sharing arrangement that allows low-income countries to purchase doses beyond the fully donor-subsidized doses they are already receiving from COVAX. 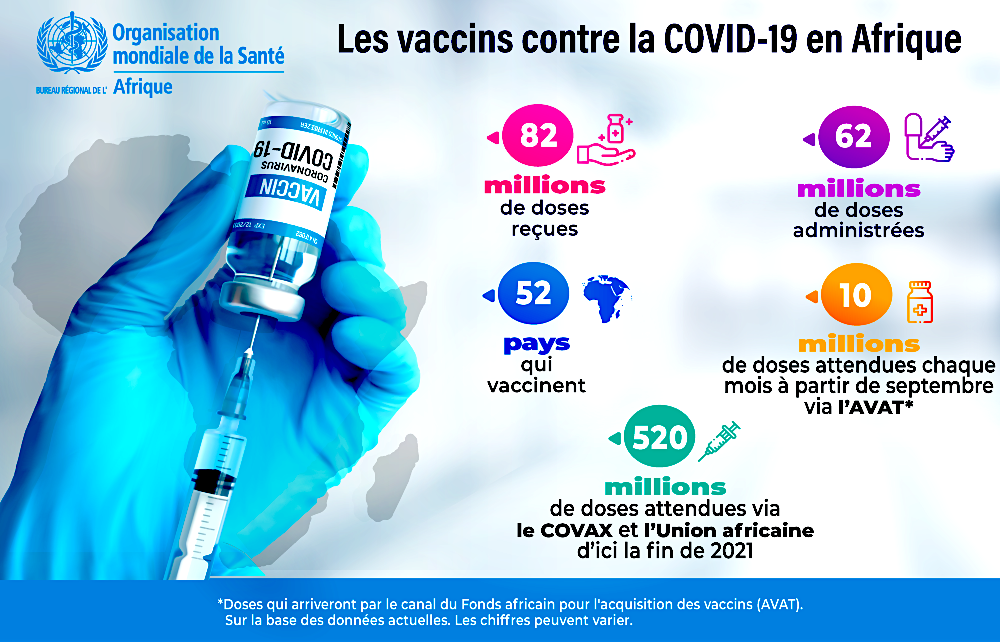 The rise in vaccine shipments comes as Africa sees its second week of falling case numbers after a steep and unbroken eight-week surge. Reported case numbers fell by 18 percent from over 282 000 to 230 500 in the week ending on July 25. The decline was largely driven by South Africa, which accounts for 37 percent of all reported cases, and Tunisia, which accounts for 8 percent.

“Africa is still in the throes of a third wave. The limited slowdown in cases is heartening and cause for a very cautious optimism, but we are far from out of the woods yet. We must all stay vigilant. One third of all African countries are still living through a dangerous resurgence and we must stick with the prevention measures that we know save lives, like mask wearing, good hand hygiene and physical distancing,” said Dr Moeti.

Dr. Moeti spoke during a virtual press conference Thursday with the Africa Centres for Disease Control and Prevention.

This article is from The World Health Organization.