The facility’s colonial mindset is an ever-present reminder that “aid is dead,” writes Suhail Omar. 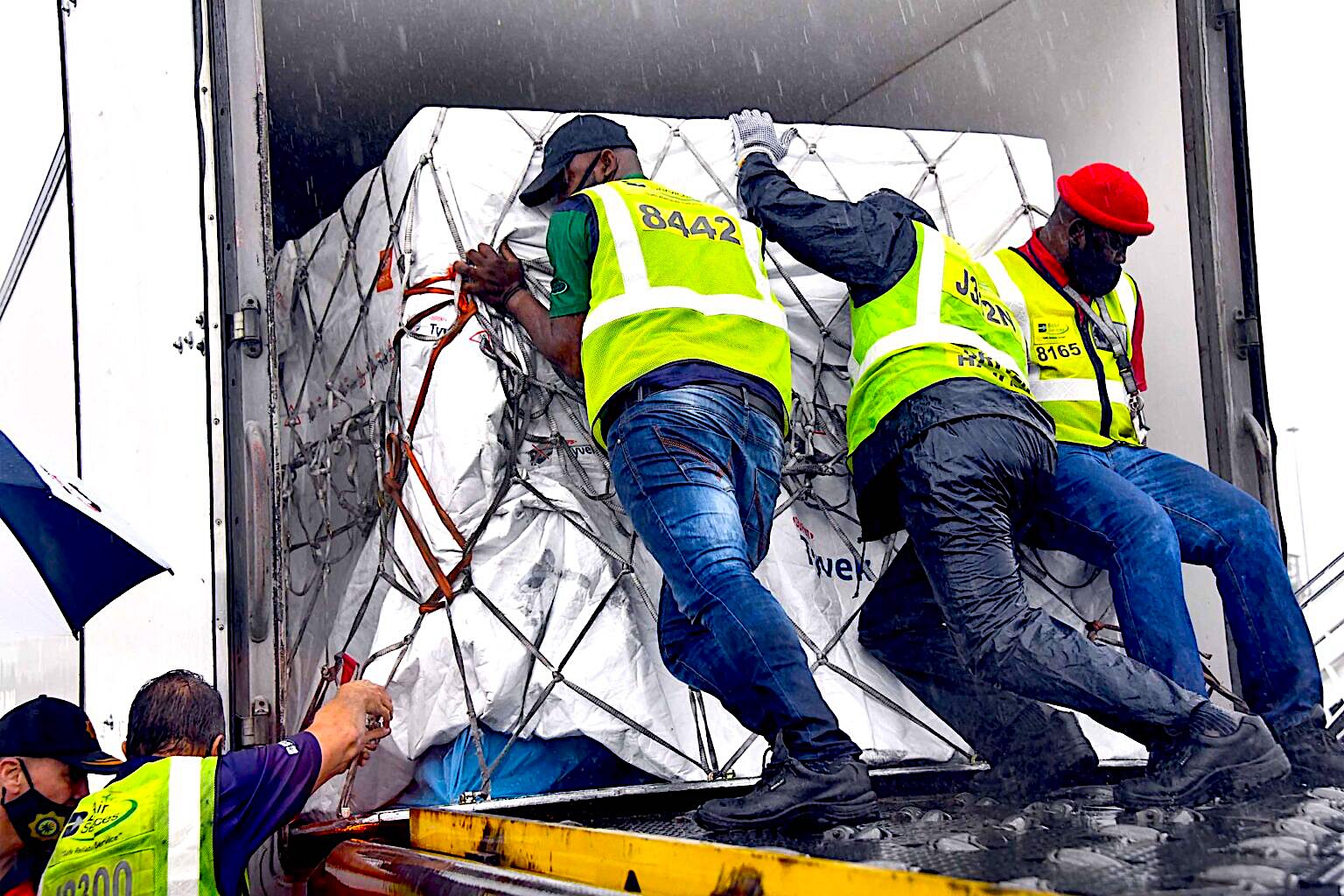 At the onset of the Covid-19 pandemic, politicians across the world spoke about solidarity and called the virus the great equaliser. Now, with a solution in sight to end the pandemic – the vaccine – that seems to remain a mere slogan.

That’s because the Covid-19 Vaccine Global Access Facility (COVAX) – often praised as the light at the end of the tunnel – has turned out to be a nightmare for the developing world. A brainchild of the Vaccine Alliance Gavi, the World Health Organisation (WHO) and Coalition for Epidemic Preparedness Innovations (CEPI), COVAX is a global initiative aimed at creating global equitable access to the Covid-19 vaccine. Sadly, COVAX is not living up to its promise.

The facility’s opaque nature of secret agreements with vaccine manufacturers ruled out transparency and reduced public trust. It also ignored growing concerns for accountability, as it remained unclear who COVAX – as an unelected body – reports to and who holds it accountable.

COVAX has acknowledged issues with severe underfunding and vaccine hoarding hampering the implementation of its goals. The facility has so far shipped over 138 million vaccines to 136 participating countries. This includes high income countries like Canada that are underway to vaccinate their entire populations, while Africa is struggling to vaccinate priority groups – including healthcare workers. Of the over 3.79 billion vaccines administered worldwide, COVAX is only responsible for about 3.8 per cent of total inoculations. 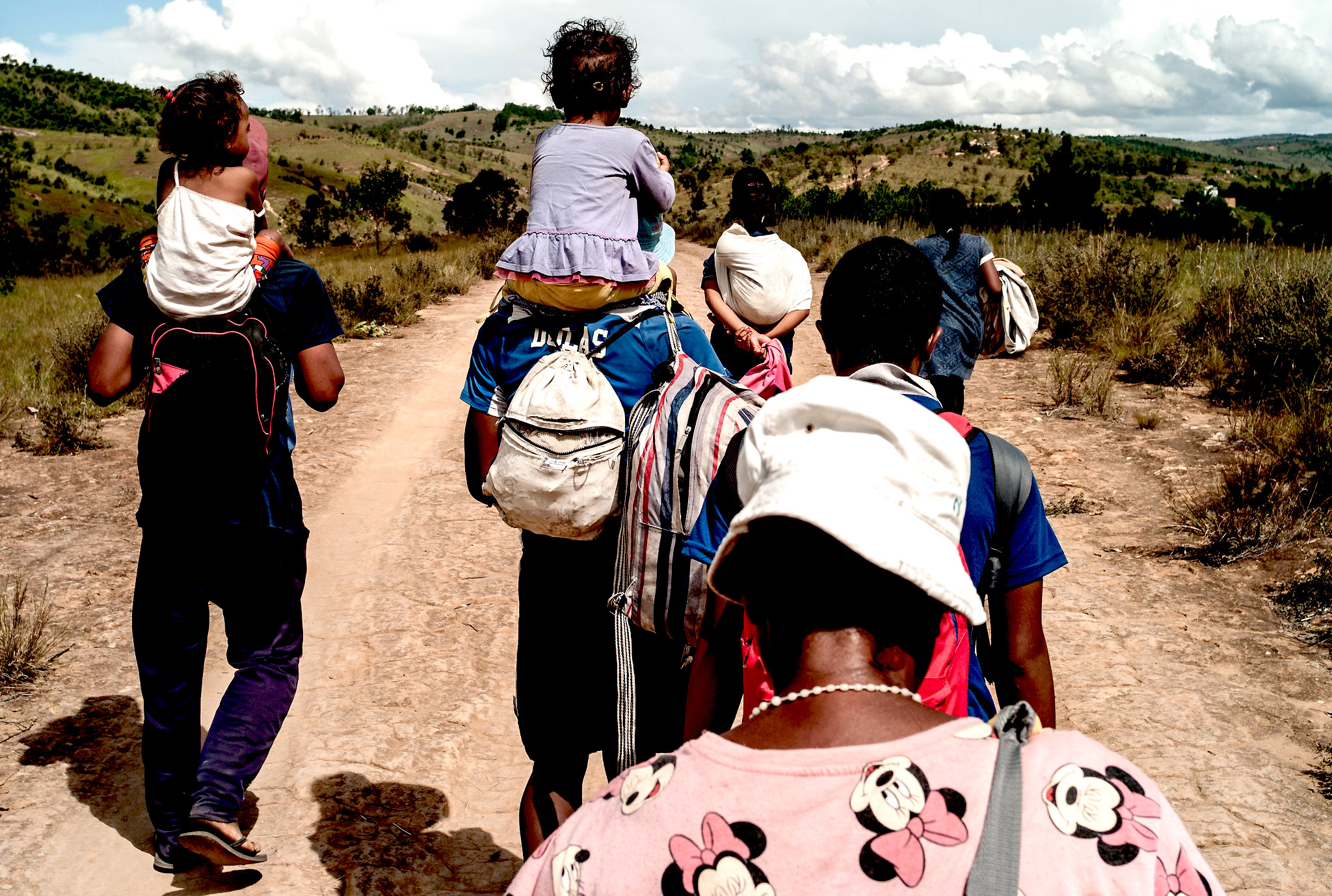 From the start, COVAX’s intended rollout was divided into two groups: high income countries (HIC) self-sponsoring the vaccines and lower income countries (LIC) having their vaccines financed through aid. However, COVAX’s strategy ultimately led to the entrenchment of inequal global vaccine access.

Apart from the COVAX supply infrastructure, HICs had already entered into numerous bilateral agreements with individual vaccine manufacturers, giving them a head-start in vaccine procurement. African governments, on the other hand, knew that they did not have enough bargaining power in the race for vaccines. COVAX gave us the assurance that we would be provided for.

But its ambition to be an equal treatment and access pool was slowly fading as a key director of the facility broke its doctrine for global equal treatment. The CEO of Gavi shared a statement about the possibility of choice for self-financing countries. Through the Optional Purchase Agreement, participants could choose to pick their vaccine of choice subject to supply availability. Furthermore, the trade-off based on preference for HIC participants would not jeopardize their ability to receive their full share of vaccines. Therefore, depending on efficacy levels, self-financing countries could access vaccines based on preference, leaving LICs with no choice but to take what is left over. 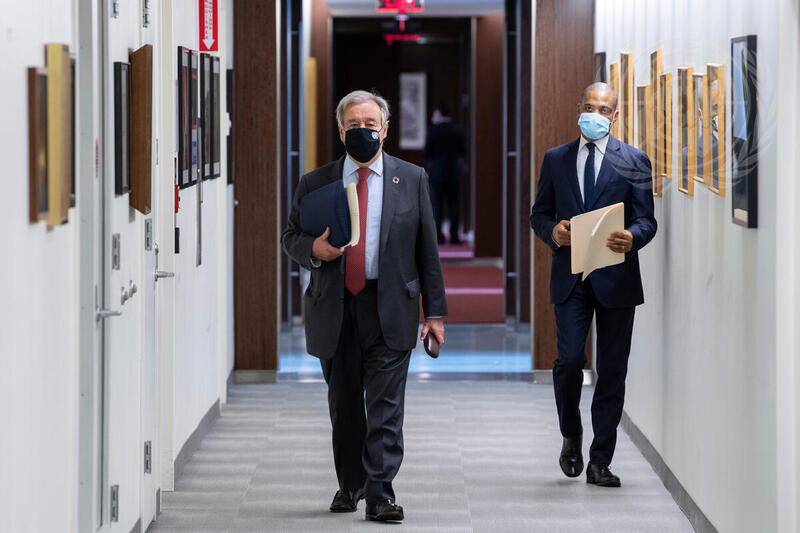 Sept. 30, 2020: UN Secretary-General António Guterres on his way to convene an event to monitor progress made in global collaboration towards ACT-Accelerator and particularly its COVAX Facility. (UN Photo)

To further ensure safety nets for HICs, COVAX increased the access ceiling for self-financing countries. This meant that HICs could access more vaccines than they had initially agreed with the facility. While low-income countries were only allowed to receive vaccines that amounted to inoculating 20 percent of their populations, self-sponsoring countries had an increased access ceiling of up to 50 percent of their total populations.

As of July 2021 COVAX is still facing major procurement and supply issues, especially since India’s “vaccine factory of the world” fell short due to export controls amidst its fatal third wave. The Serum Institute of India had been the “lifeline” of the COVAX facility.

Visibly, rich nations have abandoned the very countries they claimed they stood in solidarity with. While in reality, some of the vaccines – such as Oxford’s AstraZeneca – were tried and tested in countries like Kenya, the fully vaccinated population there remains at 1.2 per cent.

COVAX’s continued paternalism and colonial mindset is an ever-present reminder that “aid is dead.” Amidst vaccine nationalism by rich countries and what the People’s Vaccine Alliance – a global coalition of organizations and activists demanding the realization of a free and accessible Covid-19 vaccine – have called “vaccine apartheid,” the Global North still holds countries labelled as ‘third world’ at the mercy of donations and occasional performances of white saviourism, all the while ignoring the root causes. 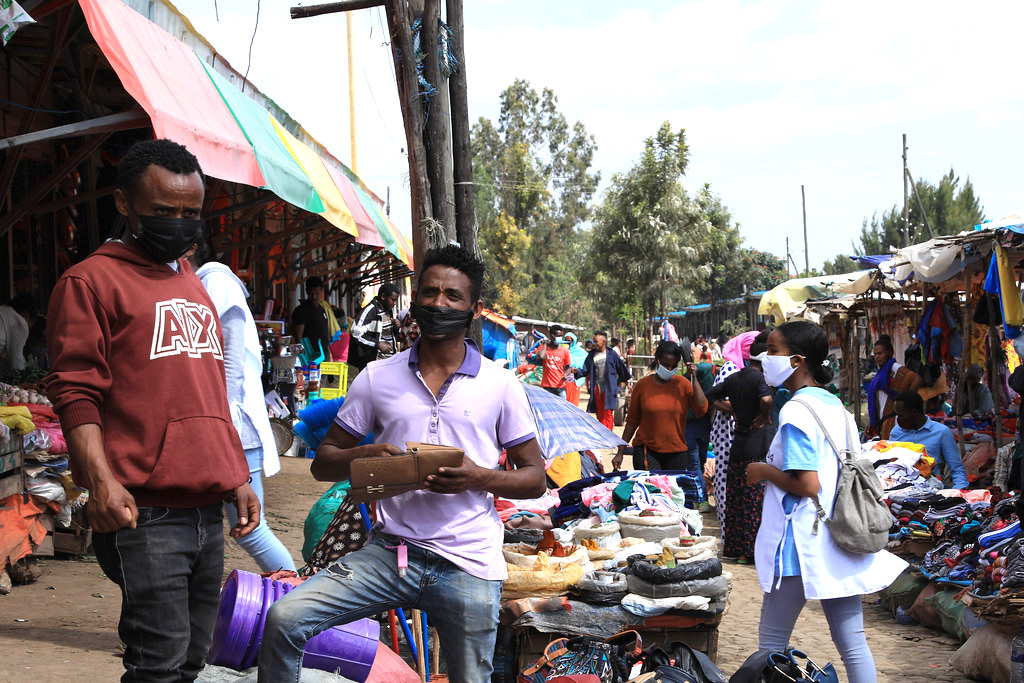 According to COVAX, the major obstacle for global vaccine access in Africa are supply constraints. But this is not the case. “Manufactured” barriers, such as the denial to waive patent rights on vaccines, are intentionally prolonging the pandemic. Africa’s AIDS epidemic taught us that charity is not a public health plan. The refusal to back the waiver on Trade-Related Aspects of Intellectual property (TRIPS) – supported by the World Health Organization – is plain insistence on colonial gatekeeping of Big Pharma’s supply chains and profits.

Arguably, the TRIPS waiver could’ve been cheaper and less risky compared to the architecture of the COVAX facility, allowing African states to control their own destinies in vaccinating their populations.

As of July 2021, African countries such as Kenya have set up budgetary allocations for the vaccine roll-out. However, they can’t access vaccines as rich countries purchased them all and are still hoarding them in large quantities, waiting to send them out – close to expiry – to “third world” countries. Using aid as a boost to a state’s public image obscures the fact that there is no feasible way to deliver and inoculate the intended populations any time soon. Instead, it just allows Western countries to absolve blame and deflect the shortcomings on the African countries.

At the same time, other Global South countries like Cuba lead by example, with its recently developed “Abdala” vaccine. The country is working on making its vaccine technologies more accessible to other states. It is no secret “there are companies in the Global South that are able to produce vaccines, but no one is giving them a chance,” says global health consultant Mohga Kamal Yanni.

With COVAX’s failures now visible, African states must insist on their right to manufacture and possibly develop – not just “fill and finish” – vaccines. This also calls for radical policy change that combats the barriers of critical sharing of medical technologies at the global level. Moreover, African states must actively work on realizing the ratification of the Abuja declaration, a pledge made by African Union countries in 2001 to spend “at least 15 percent of [the] annual budget to improve the health sector.” Only by ensuring the allocation of more funding can the already weakened health infrastructures on the continent be strengthened to respond to future pandemics.

Suhayl Omar is the campaign lead at People’s Vaccine Kenya based in Nairobi.