Public health campaigners dubbed the summit a major blow to efforts to end the pandemic as infections continue to surge across the globe. 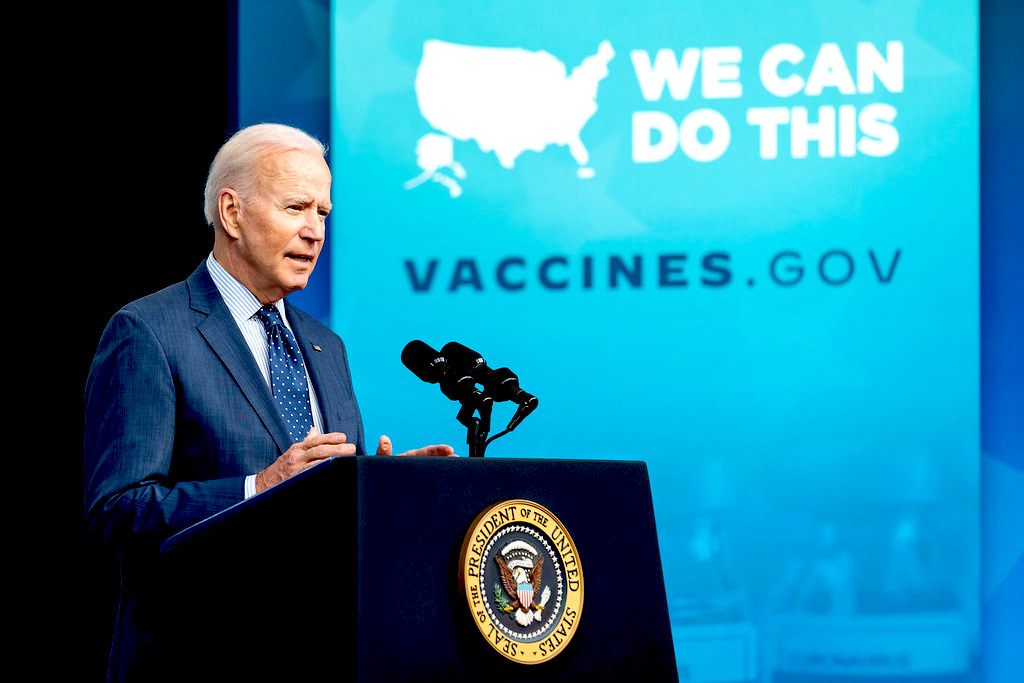 The brief bilateral summit between U.S. President Joe Biden and outgoing German Chancellor Angela Merkel ended Thursday without any commitment from the European leader to drop her opposition to a temporary patent waiver for coronavirus vaccines, a result that public health campaigners dubbed a major failure as infections continue to surge across the globe.

Lori Wallach, director of Public Citizen’s Global Trade Watch, said in a statement that Biden’s inability to move Merkel on the patent waiver “delivers a punishing blow to efforts to end the pandemic.”

“People around the world dying for lack of vaccines were relying on Biden to get Merkel to stop blocking the waiver given that he promised that if elected president, he wouldn’t allow Big Pharma monopolies to block global vaccine and treatment access,” said Wallach. “Tens of millions of lives and livelihoods worldwide are left in peril, including here, given that raging Covid outbreaks anywhere increase the chances for a vaccine-resistant strain emerging. We urge the president to redouble his efforts to get the waiver enacted.”

While Biden reportedly raised the patent waiver during his private meeting with Merkel on Thursday, it’s unclear to what extent he pressed the German leader on the issue — and the president did not mention the proposal during a news conference following their discussion.

Merkel, who was also silent on the patent waiver during the media briefing, said that “we are convinced… that overcoming this pandemic is only possible if as many people as possible are vaccinated in our countries.”

Merkel: ‘We Work with COVAX’

“We have to also support the rest of the world with vaccines. We work together with COVAX,” the German leader said, referring to the World Health Organization-backed global vaccination initiative that has struggled to meet its goals due to supply shortages.

Experts and public health advocates have argued that the only way to ensure the speedy production and equitable distribution of at least 11 billion vaccine doses — the number believed to be necessary to end the pandemic worldwide — is to temporarily suspend intellectual property protections that are allowing major pharmaceutical companies to maintain a vice grip on vaccine formulas and key technology.

Activists amplified that message outside the White House and across the nation during Merkel’s U.S. visit, lining up body bags in the nation’s capital to symbolize the preventable deaths caused by the European leader’s continued obstruction of the waiver proposal, which India and South Africa first introduced at the World Trade Organization (WTO) back in October.

Proponents argue that a suspension of certain intellectual property protections for the duration of the pandemic would help facilitate the production of generic vaccines, which could then be distributed to low-income nations that have struggled to obtain doses thanks in part to hoarding by wealthy countries.

According to Our World in Data, just 1 percent of people in low-income countries have received at least one vaccine dose. Haiti — in the midst of a political crisis following the assassination of its president — had yet to administer a single vaccine dose as of Thursday, when 500,000 doses donated by the U.S government through COVAX arrived in the country.

Jean Gough, UNICEF’s regional director for Latin America and the Caribbean, said in a statement that “thanks to this donation, hundreds of thousands of Haitians will receive their shots against Covid-19.”

“Yet, despite the collective efforts to kickstart the vaccination campaign soon, most of the Haitian population is at risk of remaining unvaccinated due to the limited availability of doses currently in the country,” Gough warned. 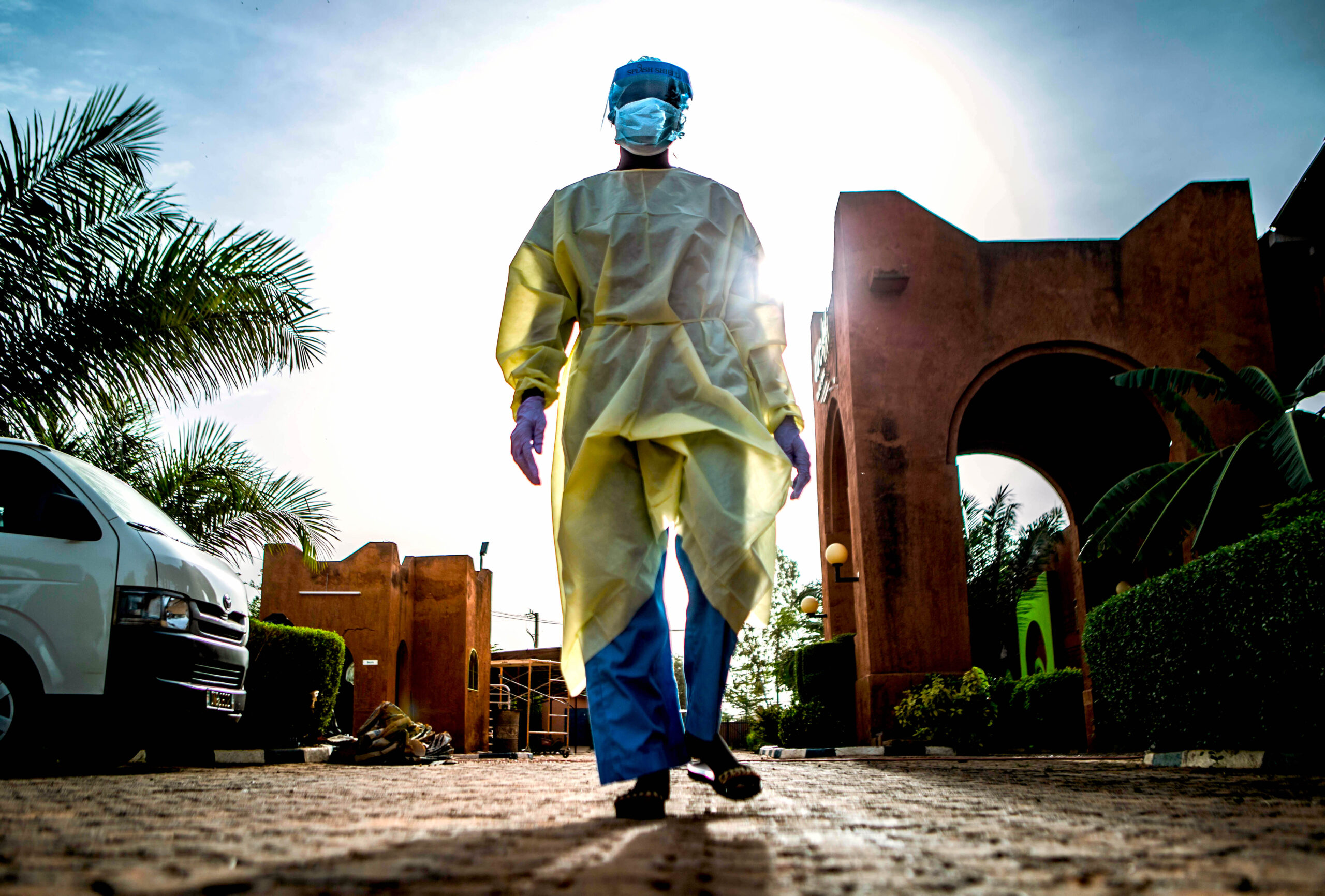 Biden garnered widespread applause after he voiced support for the temporary patent waiver in May, but the president has since come under fire for not doing enough to convince other world powers — including Germany, Canada, and the United Kingdom — to follow suit. Because the WTO operates by consensus, a handful of rich countries have the power to block a proposal backed by more than 140 countries.

“This summit was a failure,” Wallach said Thursday, “and we urge Biden to prioritize getting the WTO waiver enacted ASAP so more Covid vaccines and treatments can be produced worldwide.”

Vaccine apartheid kills. Blocking the #TRIPSwaiver isn’t just a policy choice @CDUMerkel is making. It’s a deadly attack on sovereign nations’ public health responses and means more people will die when they could have been saved if they had access to lifesaving vaccines. https://t.co/0FS43GvRhC

With Germany and other rich countries stonewalling the patent waiver, the ultra-contagious Delta variant of the coronavirus is running rampant in under-vaccinated regions of the world, including Africa, South America and pockets of the United States. The World Health Organization said Thursday that Africa reported a million coronavirus cases in just the past month, the fastest surge of new infections on the continent thus far.

“As long as Germany withholds its approval of the TRIPS waiver, it threatens the lives of millions of people around the world and our ability to crush the virus,” U.S. Rep. Pramila Jayapal (D-Wash.), chair of the Congressional Progressive Caucus, said in a statement Thursday, referring to the Trade-Related Aspects of Intellectual Property Rights agreement.

“The pandemic isn’t over until it’s over everywhere,” Jayapal added.

← THE ANGRY ARAB: From a Lost Generation of Palestinian Resistance — the Life of Ahmad Jibril
US Concern for Cuba, Latin America Is Really Spin for Intervention →