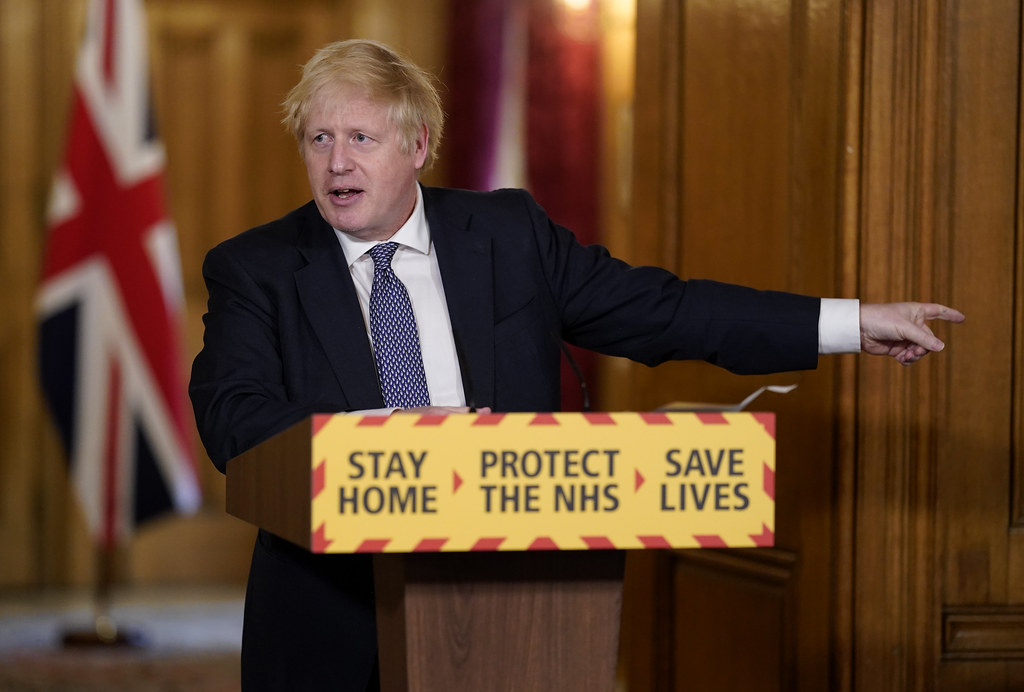 By Dr. Bob Gill
in London
On the 73rd birthday of the National Health Service, the queen awarded the beloved NHS the George Cross for the valor of its staff during the Covid-19 pandemic.

No one doubts the dedication of NHS staff, and its worthiness for the highest honor, but this medal now serves to cover the insidious dismantlement of the NHS.

Having overseen a catastrophic response to the pandemic, marked by the needless deaths of hundreds of thousands of Britons, Prime Minister Boris Johnson proclaimed:

“We wouldn’t be where we are today without our health services. NHS staff have cared for us and our friends and family on the frontline of a pandemic for over a year, and I have witnessed their courage first-hand.

Thanks to their devotion and duty our NHS has saved countless lives, and the George Cross is a symbol of the nation’s gratitude. I know the whole of the UK is behind me in paying tribute and giving thanks for everything the NHS has done for us not only in the last year, but since its inception.”

In February 2020, with the country in the grip of the pandemic, the government published a white paper ahead of legislation on the future reform of the NHS. To those who read it carefully, and read between the lines, the Health and Care Bill would turn the NHS into a cash cow for private corporations.

The pre-pandemic NHS was already on its knees after a decade of de-funding. Some 17,000 beds were cut and there were chronic staff shortages with vacancies for 10,000 doctors and 40,000 nurses. Yet Johnson’s government persists with its privatization policy objectives. 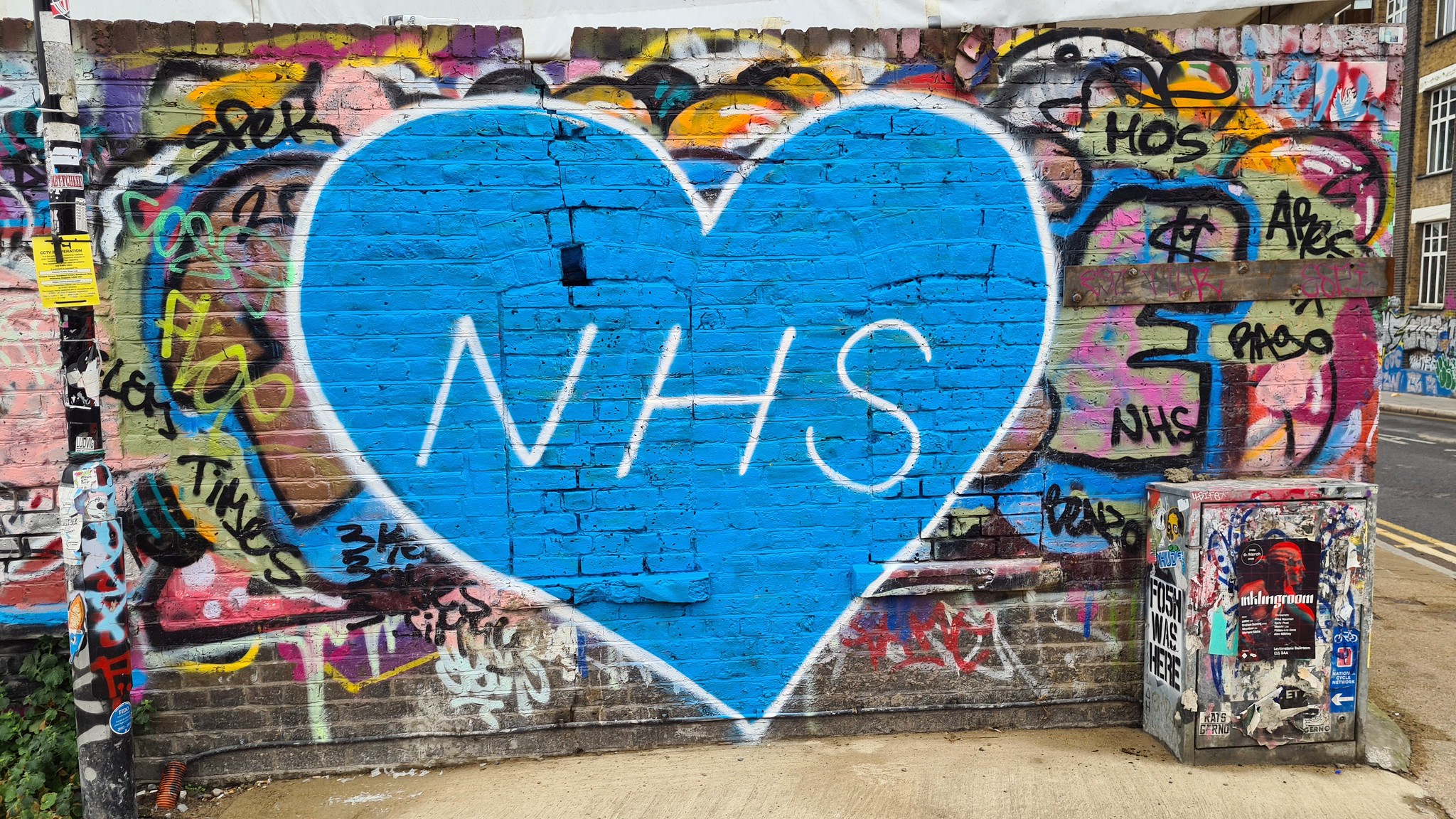 The Serco/Deloitte “NHS” Test and Trace system that has so far squandered £22 billion without any evidence of impact on the spread of the virus or preventing the need for the damaging lock-downs. More opportunistic profiteering such as uncontested crony deals on personal protective equipment will become standard operating procedure if progressive forces fail to stop the bill being enacted.

The government reassurances that they will “protect the NHS” or “the NHS is not for sale” run counter to the impact of decades of health policy or stated intent from the privatization lobby such as MPs Oliver Letwin and John Redwood who co-authored a pamphlet from 1988 “Britain’s Biggest Enterprise,” in which they outlined their vision for healthcare:

“A system of this sort would be fraught with transitional difficulties. And it would be foolhardy to move so far from the present one in a single leap. But need there be just one leap? Might it not, rather, be possible to work slowly from the present system toward a national insurance scheme?

One could begin, for example, with the establishment of the NHS as an independent trust, with increased joint ventures between the NHS and the private sector; move on next to use of ‘credits’ to meet standard charges set by a central NHS funding administration for independently managed hospitals or districts; and only at the last stage create a national health insurance scheme separate from the tax system.”

Dr. Tim Evans of the now defunct The Independent Healthcare Association put it more succinctly in 2011:

“The NHS would simply be a kite-mark attached to the institutions and activities of a system of purely private providers.”

The marketized NHS with its bloated administrative and managerial bureaucracy (consuming about 10 percent of the total NHS budget according to 2005 estimates) has continued to expand. The 2012 Health and Social Care Act converted the NHS internal market into a fully compulsory external market with all services up for grabs by the private sector. 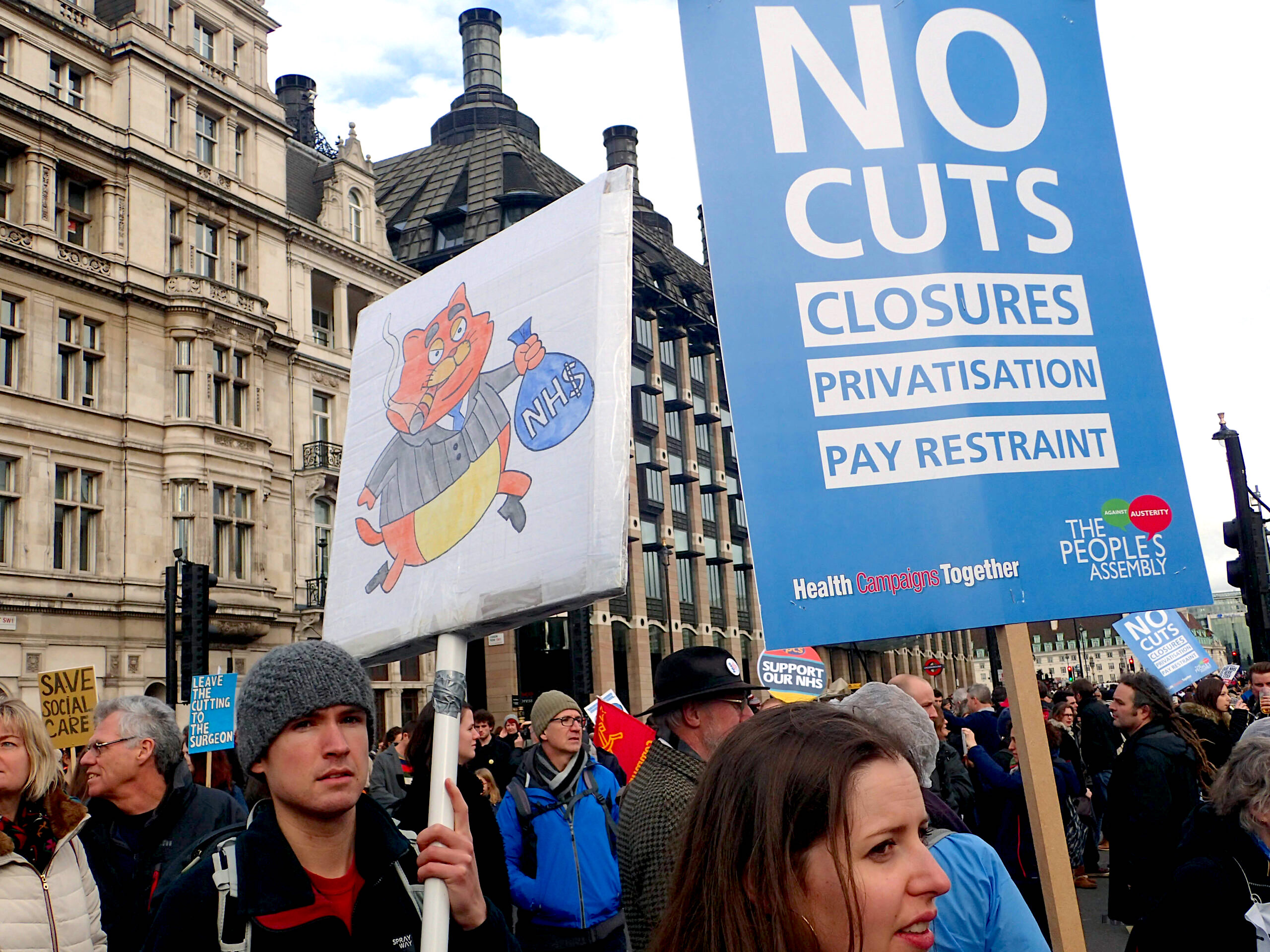 Section 75 of the act compelled open competitive tendering of all NHS services. Behind the NHS logo, private companies have expanded in the provision of services such as district nursing, community pediatrics, sexual health, elective surgery, audiology and diagnostic imaging.

The result of the 2012 Act has been to shrink NHS capacity by 17,000 NHS beds, fragment provision of services with outsourcing of clinical care and entrench the power of private corporations in controlling NHS budgets, supervised by Simon Stevens since 2014, having returned to the NHS after 10 years at UnitedHealth of which three years were spent as as chief executive of UnitedHealth Medicare. 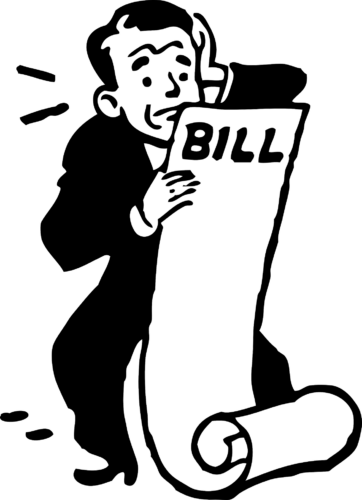 American healthcare is more than twice as expensive per head of population compared to the United Kingdom and delivers worse outcomes with lower life expectancy, higher infant and maternal mortality.

The leading cause of household bankruptcy is due to medical bills (most people had private health insurance but still went bankrupt). Thirty million American citizens don’t have insurance and for every million uninsured, there are 1,000 preventable deaths per year.

The system is dominated by the private health insurance industry and private hospital chains. The unprofitable groups of people including the poor, the elderly are locked out of the system.

The U.S. taxpayer has to step in to fund market failure with Medicare for the elderly and Medicaid for the young. This public funding is spent via private providers and increasingly funds are controlled by private insurers.

UnitedHealth is a big player in Medicare, delivering profitable “managed care” by avoiding spending money on sick patients by using various methods to deny payment for care. It is this same model, the subject of Michael Moore’s film “Sicko,” which is being replicated by the health bill.

i wish i had the strength to open up about my moms situation like my sister has but i don’t. so please take a moment to read my sisters post & or the gofundme, anything helps & thank you so much ? #fuckcancer https://t.co/Yb4TlcmBcz

The bill will create new legal entities, public-private partnerships known as Integrated Care Systems (ICS). The 42 ICS NHS bodies across England will control fixed tax-funded budgets for 1-to-2 million people from which they will be able to make profit. ICS boards will be dominated by the same private corporations currently providing outsourced services and performing commissioning function.

Corporate profits are maximized by employing the fewest and cheapest healthcare staff through down-skilling and task shifting as seen in private health systems across the world. Additional downward pressure on staff wages and an end to national pay bargaining will reduce overhead costs. 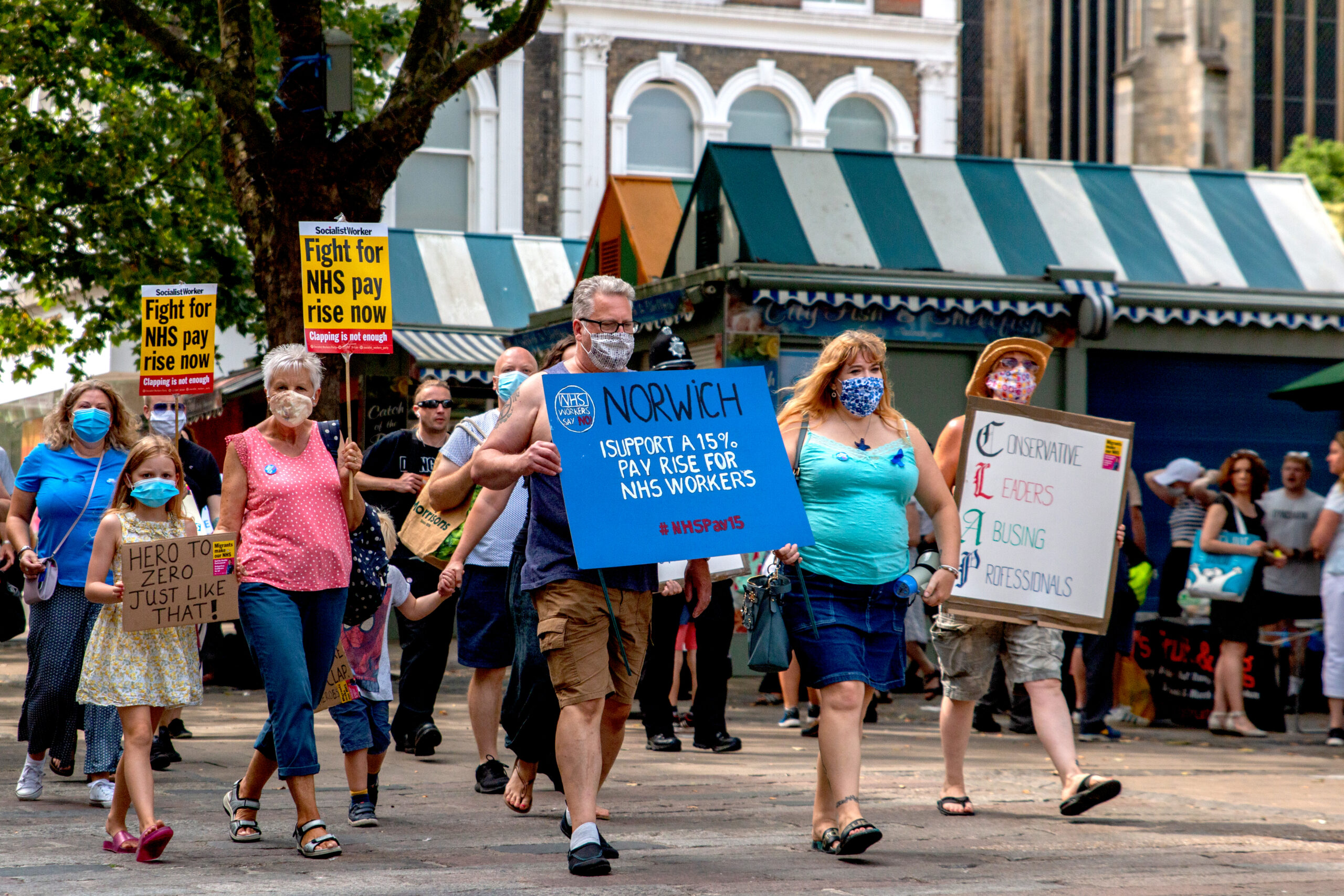 Repeal of section 75 of the 2012 Health and Social Care Act will end open competitive tendering, removing the legal obstacle for a private sector monopoly within the NHS. UnitedHealth/Optum are uniquely well placed to gain control of ICS budgets, with their personnel appointed to key NHS positions (not least Simon Stevens, chief executive of NHS England since 2014), importation of managed care software and protocols and upwards of £17 million in payments to Optum for training NHS and local council leaders.

Optum software and data analytics will form the core mechanism for the denial of care to potentially expensive patients. The ICS will have the power to decide which services are to be provided across the ICS. For example, fertility treatment, cataract extraction, or knee surgery could be removed for the entire ICS population as previously drawn up plans by management consultants McKinsey described as “low value” procedures. Optum’s algorithms and ICS deadly postcode lottery will prioritize generating profit streams above patients’ health. 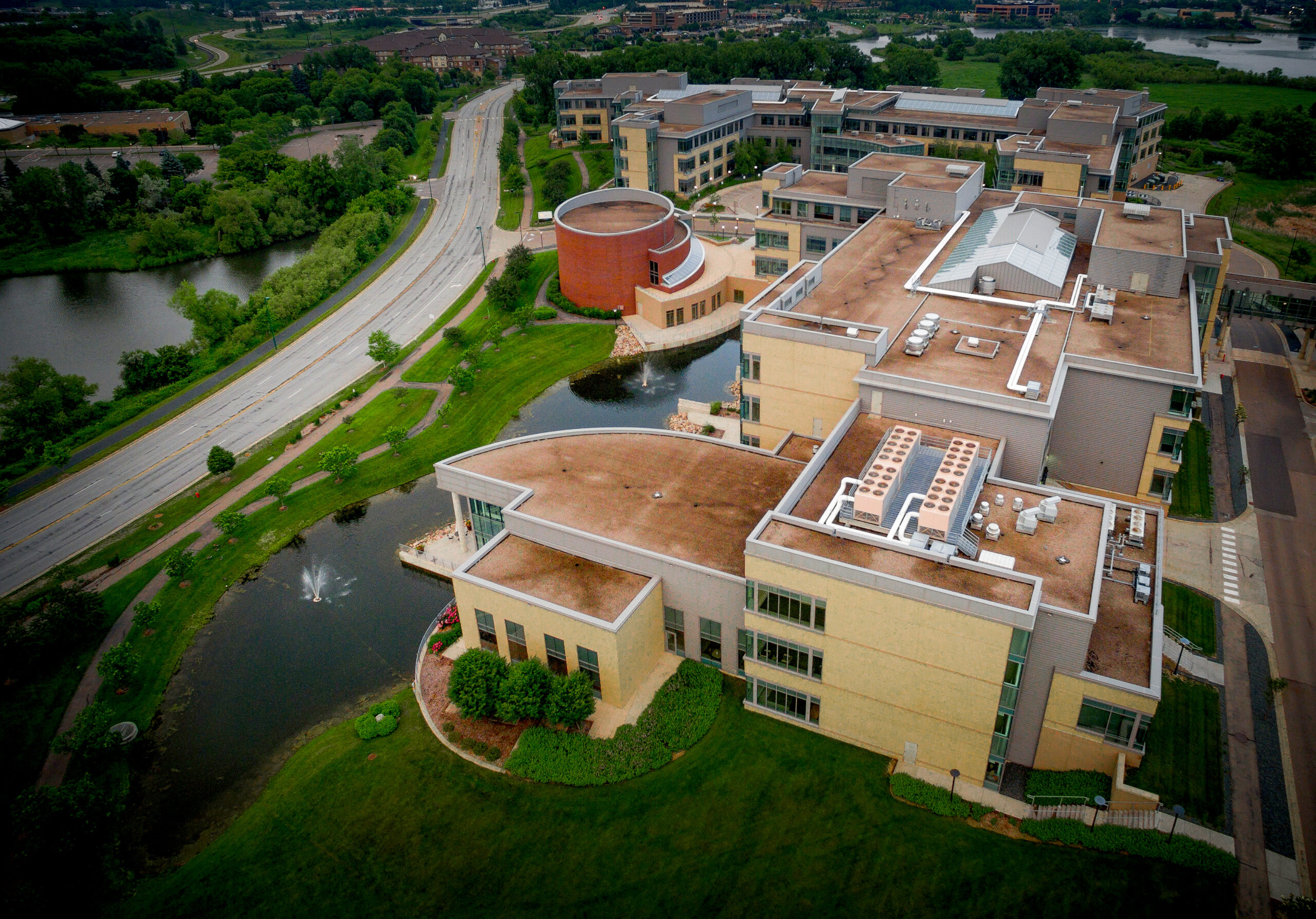 Legal safeguards to ensure patients are discharged home safely will be removed and replaced by a “discharge to assess” scheme enabling patient dumping notorious in America. Deregulating health professionals and introducing a new secretive patient safety body will assist the decline of clinical standards while concealing predictable consequences.

Patients in their most vulnerable state will struggle to access overstretched NHS hospitals or primary care services, staffed by fewer and less qualified health personnel, providing lower qualify services as funding is siphoned away from healthcare delivery.

The American medical-industrial complex has set its sights on the £120 billion annual NHS budget and destroying the superior Beveridge system of healthcare by mutating it into the managed care model which it has sold as a “sustainable” solution for healthcare in the developed world.

As U.S. citizens continue their decades’ long struggle for tax-funded, single-payer universal healthcare, not even achieved in the face of a pandemic, consecutive U.K. governments have covertly pushed the NHS along the endemically fraudulent, expensive and deadly managed care model.

The health bill will deliver the NHS to the global private providers and private health insurance conglomerates, reducing itself to a logo and a funding stream. The warm glow of a George Cross and ratcheting up of duplicitous political rhetoric must not obscure the magnitude of the impending threat to the health of the nation.

Dr. Bob Gill is a general practitioner and producer of “The Great NHS Heist.”  Follow him on Twitter at @drbobgill.

← The Espionage Act & Julian Assange — 6: Assange in the Dock
The NATO Iron Curtain →