On her way to the White House, the German chancellor has a received a letter from Bundestag members, journalists and artists telling her to bring up Assange with the U.S. president. 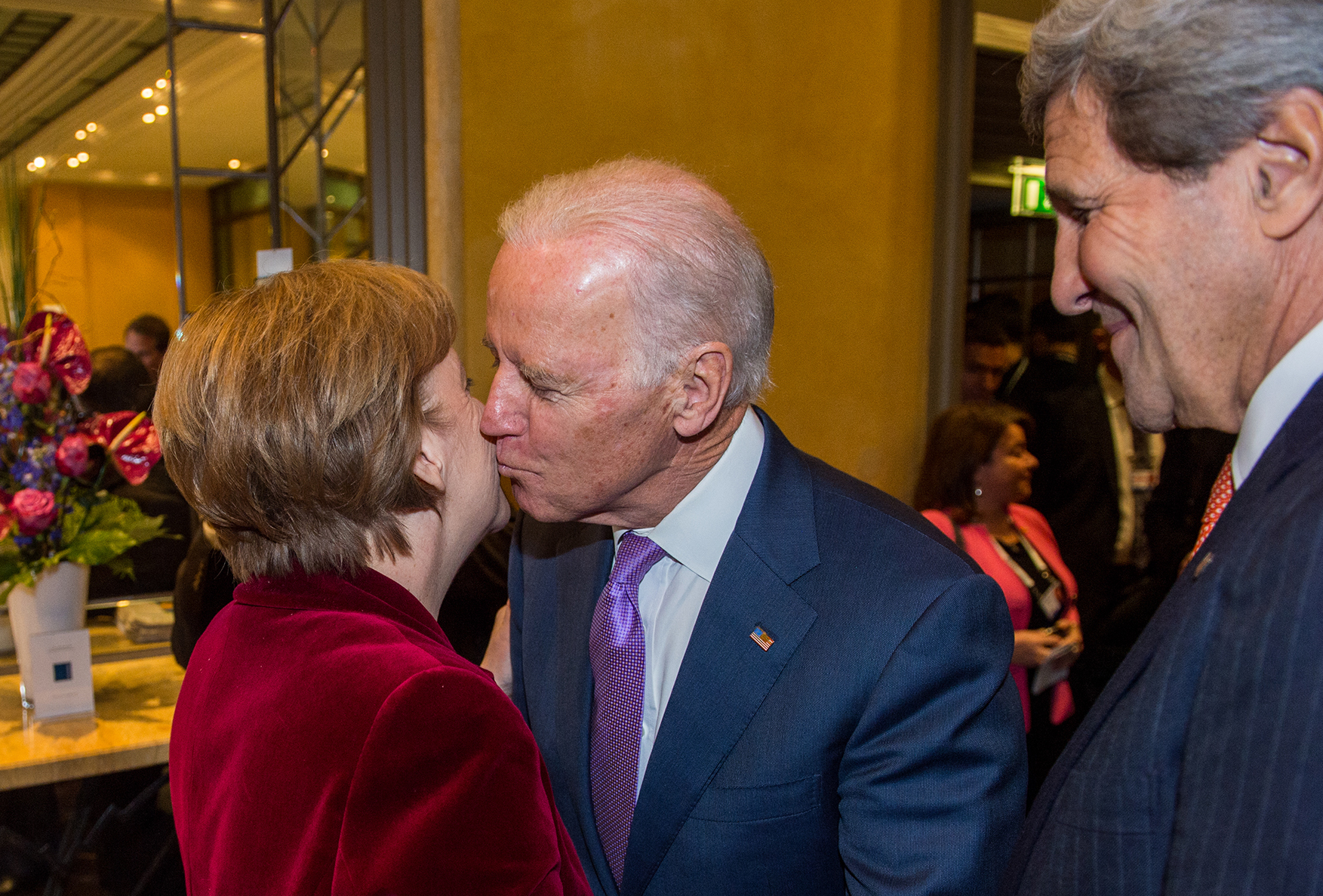 Merkel and Biden kissing at 2015 Munich Security Conference with then Secretary of State John Kerry looking on. (Mueller / MSC/Flickr)

German Chancellor Angela Merkel is headed to Washington on Thursday for a meeting with U.S. President Joe Biden and a group of 120 Bundestag members, German journalists, writers and artists have sent her a letter telling her to ask Biden to “save face” and release imprisoned journalist Julian Assange on humanitarian grounds.

“We sincerely ask you to help build bridges in the Julian Assange case,” says the letter, dated July 11, according to the Deutsche Presse-Agentur (dpa). Merkel was told “how important it is in the interests of defending freedom of the press to drop the lawsuit against the Wikileaks founder so that he can recover freely with his family.”

Merkel was urged to find “a humanitarian solution for Assange and a face-saving solution for the U.S. President,” the letter said. “It would be a strong, lasting humanitarian gesture at the end of your term of office and for President Joe Biden, finally, an opportunity to leave the Donald Trump era behind completely in the interests of protecting freedom of the press and freedom of expression.”

Merkel is leaving office later this year and this will be her last trip to Washington. Days after Assange’s 2019 arrest, a spokesperson for Merkel’s office said his case “is a matter which doesn’t concern Germany and is in the hands of British justice.”

The letter said the prosecution of Assange is “incompatible with the rule of law, and the dire conditions of detention are a humanitarian scandal.” The Chancellor was told that “in view of the threatening health condition of Assange, there is an urgent need for action. It is in the hands of Biden to end the legal proceedings initiated by his predecessor against Assange and to drop the charges.”

The letter was initiated by well-known investigative journalist Günter Wallraff and was signed by cross-party Bundestag members from from Christian Democratic Union (CDU), the Social Democrats (SPD), Free Democrats (FDP), die Linke (theLeft) and the Greens.

Several ex-government ministers also signed it, including Sigmar Gabriel (SPD), Gerhart Baum (FDP), Oskar Lafontaine (Left), the writer Elfriede Jelinek and Alice Schwarzer, editor of the magazine Emma.  Last year, a group of German parliamentarians visited Assange in Belmarsh prison, where he has been held since April 2019.  His extradition was denied in January but he is awaiting the outcome of a U.S. appeal.

← EDITORIAL: US Offer on Assange is New Evidence & Should Have Been Rejected
The Espionage Act & Julian Assange — 5: The Pentagon Papers →