The Greek and Icelandic MPs have joined British and Australian counterparts in telling President Joe Biden to drop the charges against the WikiLeaks publisher.

As part of the international mobilization to apply pressure on the US government to end the persecution of Julian Assange, MeRA25 invited members of Greece’s Parliament to co-sign the letter below, addressed to President Biden.

The letter reminds the US President that, as Obama’s Vice-President, he took the decision not to prosecute Julian. Indeed, the prosecution – and request to the UK authorities that he be extradited to the US – went ahead under President Trump. The letter also reminds Mr Biden that Julian is fading daily in solitary confinement because his Department of Justice chose to appeal a British court’s verdict not to extradite him to the US – and, thus, calls upon him to drop all charges and rescind Julian’s persecution.

Similar letters have been sent to the US President by British and Australian MPs, including some representing the two countries’ conservative parties. In this spirit, MeRA25 invited MPs from all wings of Greece’s Parliament to join its 9 MPs as co-signatories – an invitation that SYRIZA MPs accepted. [Nb. Conservative New Democracy and the former PASOK party did not reply, while the Communist Party of Greece refused the request.]

The significance of freeing Julian and ending his persecution cannot be overstated. By subjecting him to a slow death, the powers behind his incarceration are targeting the right of Europeans and Americans to know about the crimes perpetrated in their name and behind their back by their governments, with the help of corporates.

The struggle to free Julian is also a struggle to prevent the dying of the last hope that barbarism can be resisted.

[Ten Icelandic MPs from five parties have also sent a letter to the U.S. embassy in Reykjavík urging the U.S. to drop the charges against Assange, the Iceland Review reported on Friday. The MPs are Helga Vala Helgadóttir and Guðmundur Andri Thorsson, MPs from the Samfylking, Ari Trausti Guðmundsson, MP from the Left Green Party, Halldóra Mogensen, Þórhildur Sunna Ævarsdóttir, Björn Leví Gunnarsson and Andrés Ingi Jónsson, MPs from Pírata, Hanna Katrín Friðriksson and Jón Steindór Valdimarsson, MPs from Viðreisn sign the challenge. , and Inga Sæland, Member of Parliament for the People’s Party.]

The text of the letter from the Greek MPs based on missive sent by the British MPs on June 11. 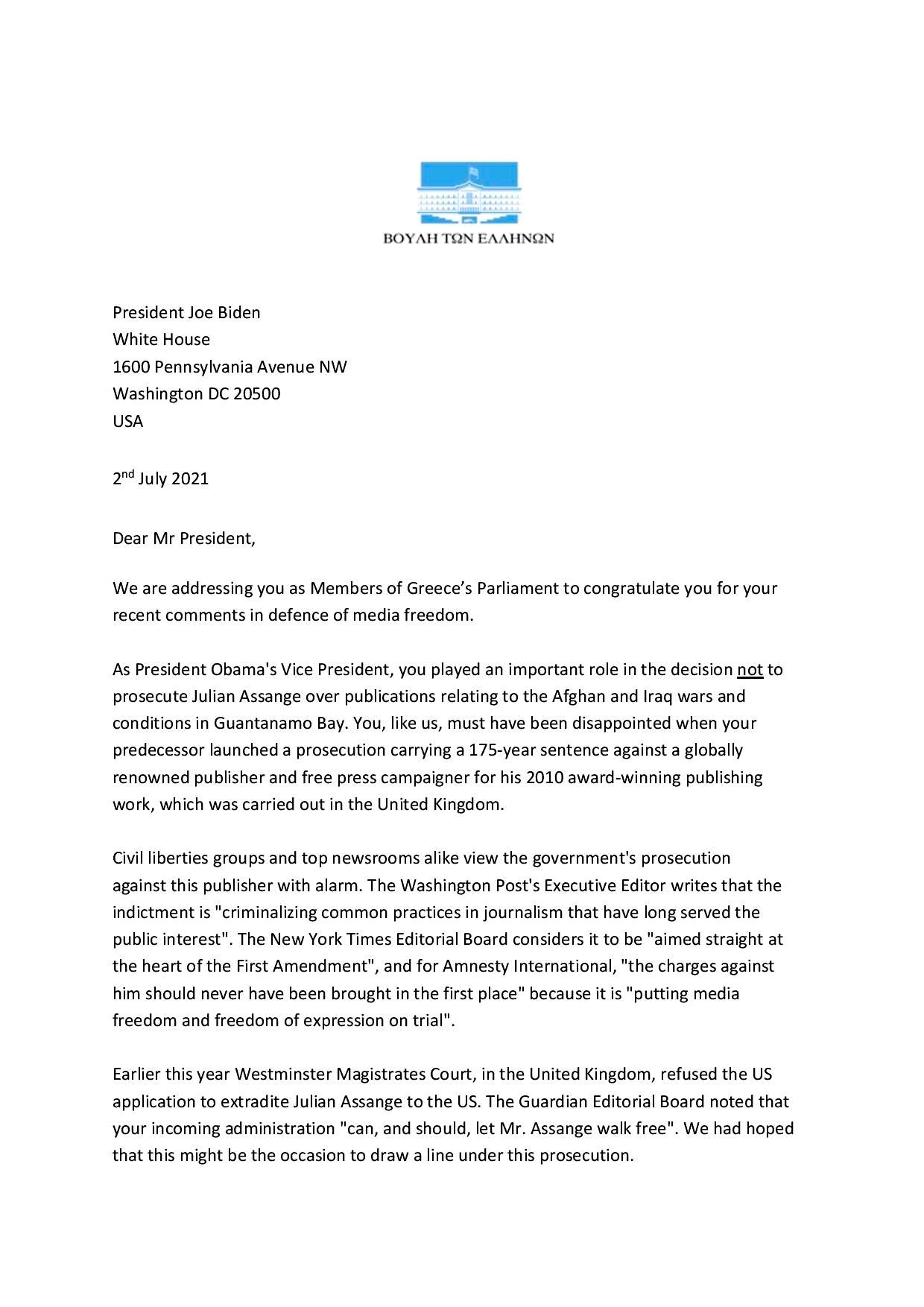 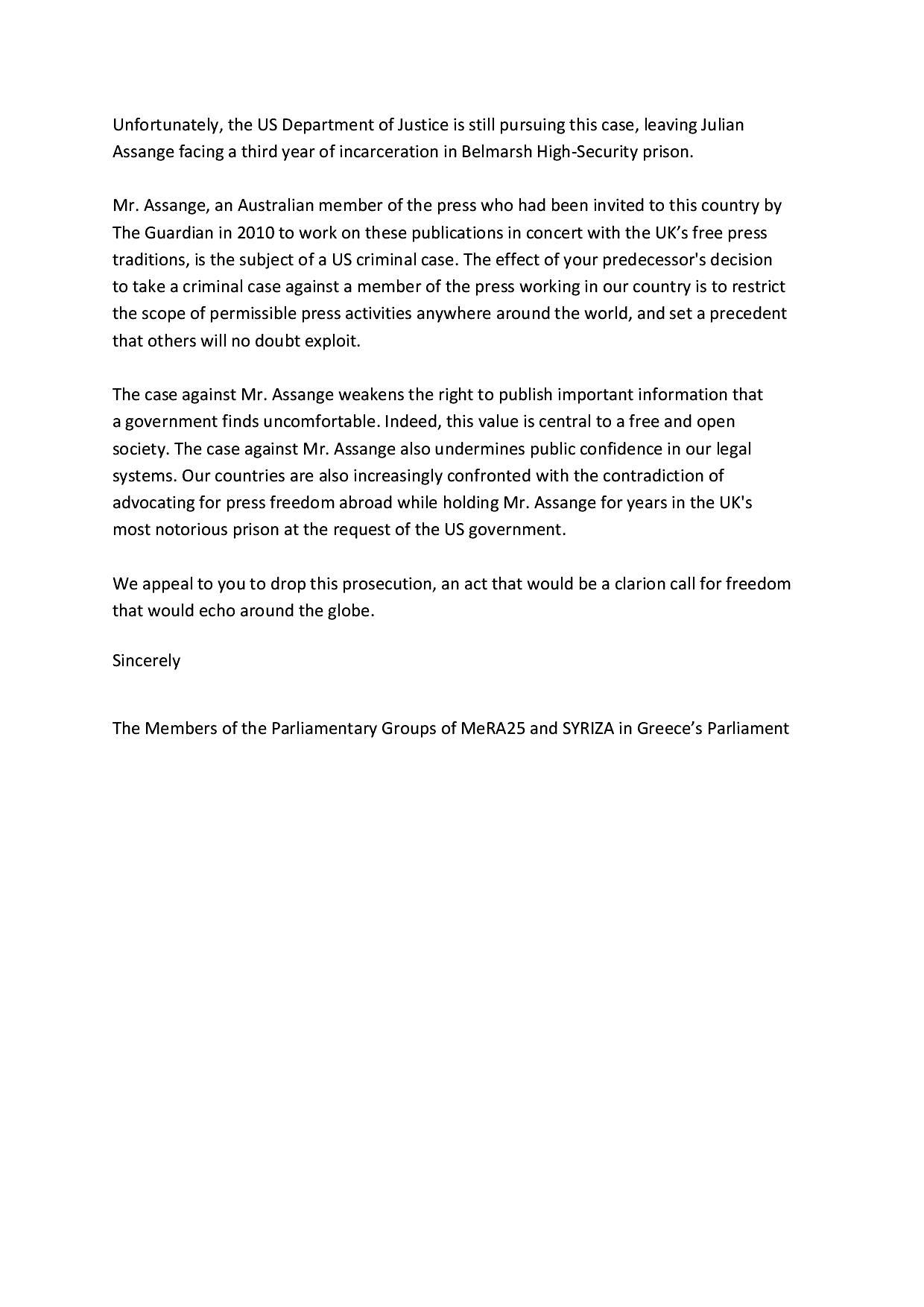