U.S. leaders would rather accept ever-more extreme isolation as the price of power than surrender any of it. 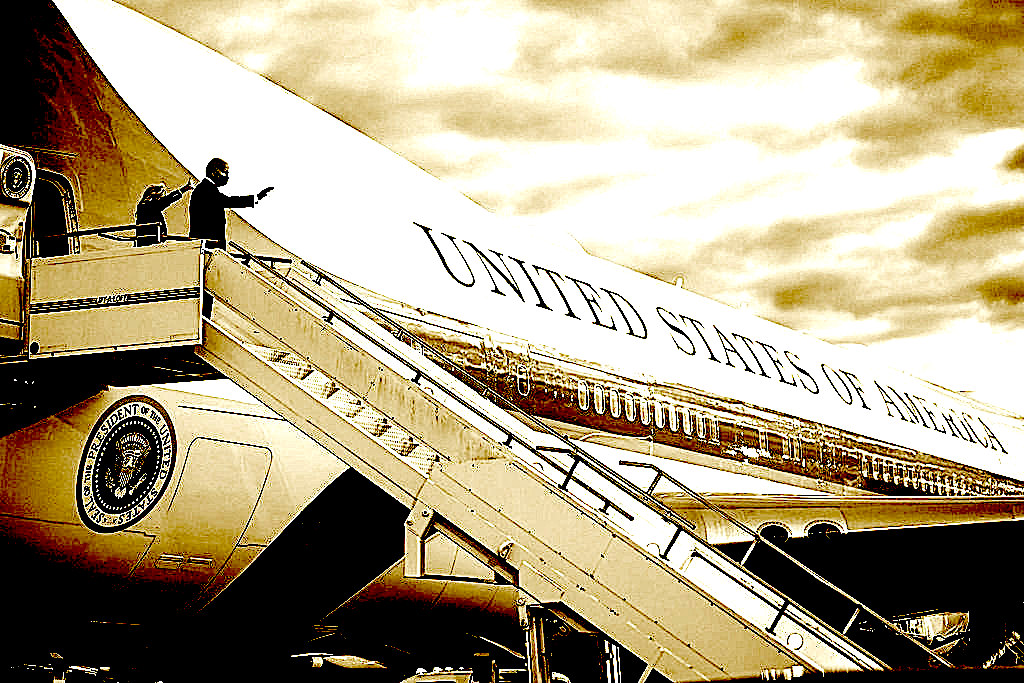 It is remarkable how quickly the Biden administration is acquiring its stamp — the watermark it will leave on our parchment when it is done. This will be made of isolation and delusion. I conclude this partly because of what President Joe Biden and his people have done in the four months since assuming the executive branch, and partly because of Biden’s moment in the long story of America’s rise and decline in the post–1945 era.

Let us consider this moment in an historical context. Hard as it is to see one’s present as a passage in history, let us try, even as the living are too close to the present to accomplish this without conscious effort.

A string of events, chief among them lately the Alexei Navalny nonsense, the U.S.–cultivated tensions on Ukraine’s border with Russia this past spring and the HMS Defender’s purposely provocative intrusion into Russian waters off Crimea last week: It is now plain that the U.S. (by way of the ever-supine U.K. in the Defender case) simply does not want a settled relationship with the Russian Federation for the foreseeable future.

The rest of America’s traditional allies do, as Emmanuel Macron and Angela Merkel made plain last week, when the French and German leaders proposed a European Union summit with President Vladimir Putin — an implicit suggestion of a post–Biden summit of Europe’s own. It was the Poles and the Baltics, ever suffering from post–Soviet stress disorder, who shot down the idea.

It is the same across the Pacific: Will anybody in the end want to join the U.S. in some kind of confrontation with China inspired by game theory and other such Strangelovian procedures? This holds, once again, for core Europe and also for America’s traditional allies in East Asia — including, I must add, the almost-always supine Japanese.

This is what I mean by isolation.

One need not range far to find evidence of America’s mounting delusions.

“We will not waver in our commitment to condemn and eliminate torture, promote accountability for perpetrators, and support victims in their healing.”

On #InternationalDayAgainstTorture, we recognize the bravery and humanity of victims and survivors of torture around the world. We will not waver in our commitment to condemn and eliminate torture, promote accountability for perpetrators, and support victims in their healing. pic.twitter.com/KH3mgCEe35

Blinken is a font of such preposterous stuff, week in, week out — proclaiming freedom of the press while Julian Assange is a few miles away in a prison cell, tears for Syrian children whose suffering the U.S. inflicts — there is no limit, truly.

One is pleased to read Mr. Deeply Concerned (a nickname a Twitter friend offers)  is a husband and dad, for we can rest assured he is as honest as Abe, an all-around good joe, thoroughly in the American grain, and, of course, superior to the unmarried. His skills as secretary of state seem to match his way with the guitar, but in both cases it is all good American fun.

Ned Price, the robot who flacks for the amateur strummer, one day earlier:

“Venezuelans have a right to democracy. The United States is committed to working with our partners like the EU and Canada toward a comprehensive negotiated solution…”

Venezuelans have a right to democracy. The United States is committed to working with our partners like the EU and Canada toward a comprehensive negotiated solution that leads to free and fair local, parliamentary, and presidential elections. https://t.co/k7xnmtFuw6 https://t.co/8hBkkl4y8H

I draw from two days’ output from Foggy Bottom. Not one word in either of these two tweets is true. The Biden administration has accumulated a small mountain of this rubbish since assuming office Jan. 20.

This is what I mean by delusion.

I am not here to tell you that policies the rest of the world does not like, and our illusions as to our spotless virtue as we make our hypocritical way in the world, are anything new. Hardly is this so. But they come now at a critical moment in world history. This is what makes Biden’s arrival at the White House so significant.

Biden and his national security people had a choice on Inauguration Day. Other recent presidents have had it, too. But for none has it been so sharply defined. I have wondered ever since whether Biden & Co. understood this and consciously made the wrong one, or whether they were not even capable of understanding a choice had to be made.

The rise of non–Western powers — notably China and Russia, of course — is the decisive phenom here. By last Jan. 20, either the U.S. could alter course and incorporate itself into a multipolar world order, or it could continue on. Biden went for the latter course — making a choice it may not have known it had to make. 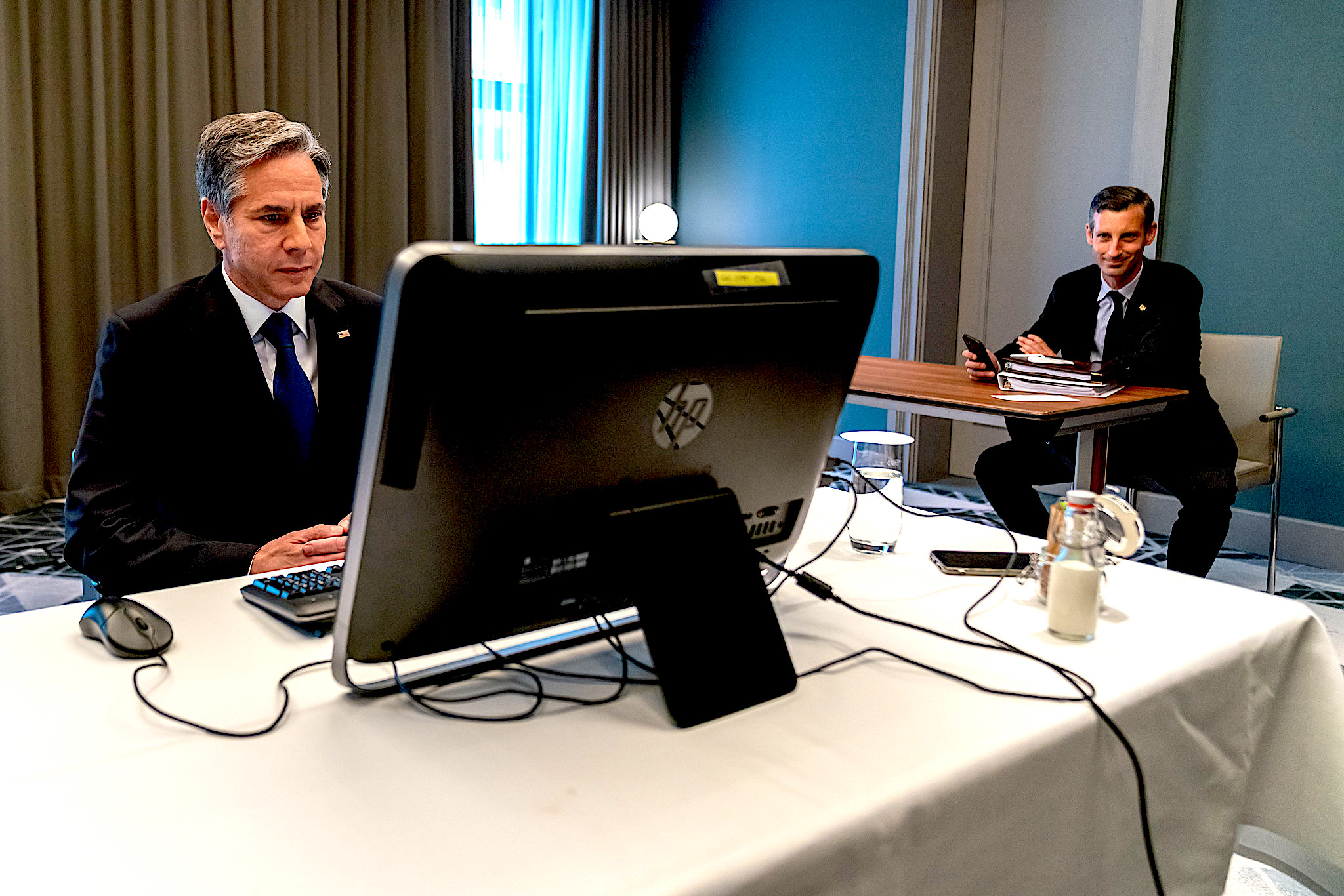 This already proves fateful. If creeping isolation were there in the background since the mid–Cold War years, as I would argue — it now grows ever more evident, ever more swiftly. The imperial presumption that has characterized U.S. conduct abroad since the early postwar years is now — let us look straight into its eyes — pushing us toward a profound isolation.

Delusion, it turns out, is among the direct consequences of a late-stage empire that refuses to look at history’s clock. It is a cousin, then, of isolation.

These past months cause me to take down from their shelf two books whose spines are never, in truth, out of sight in my tiny study. In them I find the historical ballast I think we need to understand ourselves and our predicaments.

Luigi Barzini Jr. was an Italian journalist who entertained a great admiration for America, its people, its institutions and its service to the all nations in World War II. He published Americans Are Alone in the World in 1953 — in English, very curiously. This was an interpretation of America in the earliest stage of its effort to accumulate what soon turned out to be hegemonic power. (I have long wondered why he wanted English-speakers to read it before it went into Italian.) 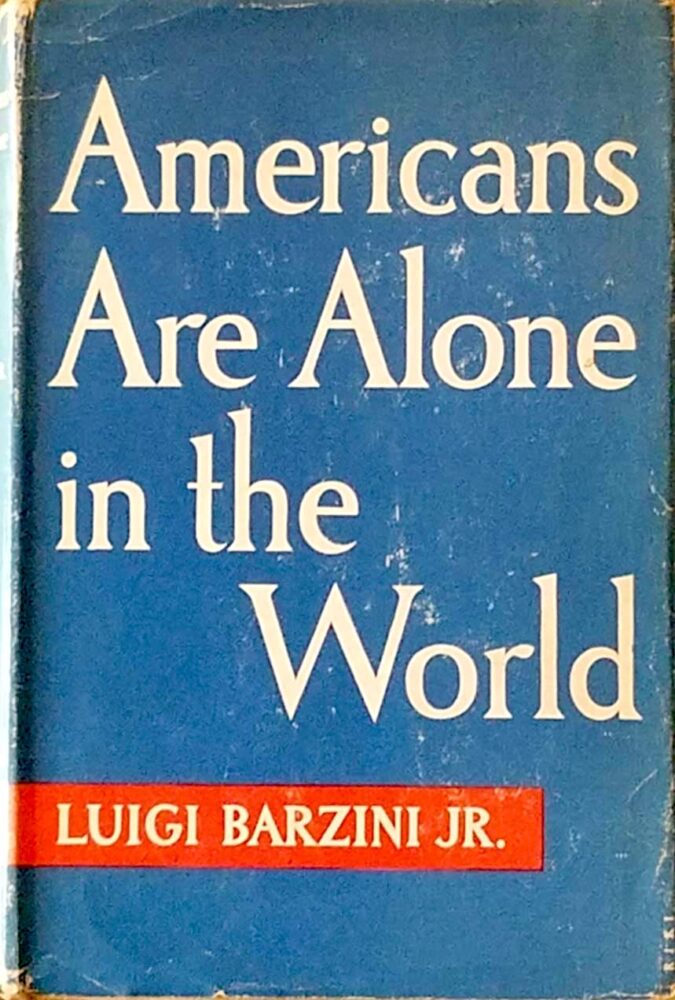 Look, Barzini said in his 260 pages, the Americans did not go looking for the place they suddenly find themselves occupying atop the world order. Circumstances thrust this upon them. They are in consequence a nervous, uncertain people, unaccustomed as they are to so prominent and influential a role. Let us make all efforts to understand, to sympathize.

We have to count Americans Are Alone as an artifact now, but a useful one to have around. Barzini had it wrong in various ways: Thrust upon them? See Stephen Werthheim’s very fine Tomorrow the World: The Birth of U.S. Global Supremacy (Harvard, 2020) for a reply to this bit of indulgence. An anxious people? Well, Americans are perennially an anxious people, but the empire builders were ready to rock ’n’ roll at least by 1947, when President Harry Truman dropped the equivalent of nearly $5 billion on the fascist monarchy in Greece and the Truman Doctrine was declared the rule of the road.

But Barzini had some important things right, too. America enjoyed a very great deal of admiration after the 1945 victories and deserved it. And so, he faces us with a very useful question: How did we get from then to now? He also had one great, big thing right. Let us bend Lord Acton’s old adage to make the point: Power isolates, and absolute power isolates absolutely. Barzini understood this from the start.

This is our circumstance: We live with leaders who would rather accept ever more extreme isolation as the price of power than surrender any of it. One cannot blame Biden, at least no more than any other postwar president. The only ones who even hinted at a change of course were Jimmy Carter and Barack Obama, and neither had the gravitas to see the point through.  (We will never know about RFK, sadly.)

Barzini had one further point. His concluding chapter is titled, “The Self–Deceiving Magic of Prestige,” and I will let this sit as an introduction to the question of delusion. [prestigio in Italian means conjuring.] 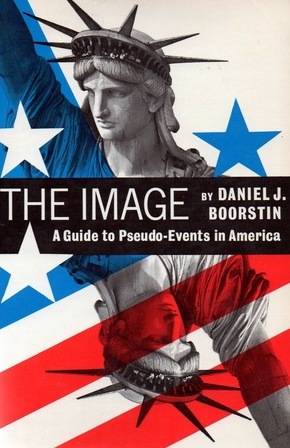 Daniel Boorstin published The Image: Or What Happened to the American Dream in 1962, and I have long valued this underappreciated book for its singular insights. Boorstin had been briefly a member of the Communist Party in the 1930s, when it was not so uncommon to join, and upon resigning (also not uncommon) took his place among that most odious of species, the Cold War liberals. Nobody’s perfect, I remind myself in Boorstin’s case.

Boorstin’s thesis was that during the Cold War’s first decade Americans stopped seeing themselves and what they did in the world as these were, but instead substituted images of themselves and myths of their goodness as the means by which they flinched from… from nearly everything. If Nietzsche were alive, maybe he would write a book called The Birth of Delusion.

Images, as Benito Mussolini and various others of his sort understood, are diabolically powerful in manipulating the public consciousness. The cliques in Washington came to understand this, too, and so enlisted the television networks, Hollywood, the advertising industry, and other “image-makers” —curious phrase from this period — in the cause. What was the cause? To keep Americans from seeing that America was other than beautiful as it constructed a global empire and lawlessly trampled the rights and lives of countless others.

Now you know why we had to suffer the Beach Boys all those years [mocked by the Beatles in Back in the U.S.S.R]. Don’t worry, be happy.

No culture can be so inundated with images that it is not eventually overcome by them. This is our case: At this point imagery, frivolous or otherwise, constitutes a formidable barrier between us and the ordinary experience of life, a blind we cannot see around.

Our broadcast news, as Boorstin saw even then, gives us “a flood of pseudo-events.” If you are not smiling, despite all that goes on gruesomely around us, there is something wrong with you. This, the tyranny of American happiness, is heart-breakingly destructive of any true happiness, not to mention clarity of mind, one might achieve.

It is perfectly natural, I suppose, that those projecting the administration’s carefully cultivated image would continue to traffic in imagery and delusion. Either they have not noticed that our by-now monstrous edifice of symbols, pictures and postures has begun to collapse or they have noticed and simply do not know what to do other than keep on pretending it has not.

I do not see how a nation that wants to get along in a century that shouts “parity” and “common purpose” from every quarter will do so if it effectively insists on its own isolation and if it lives in an artificially constructed version of the world. There is always failure, of course, and I ask readers not to miss the optimism buried in this apparently pessimistic thought.